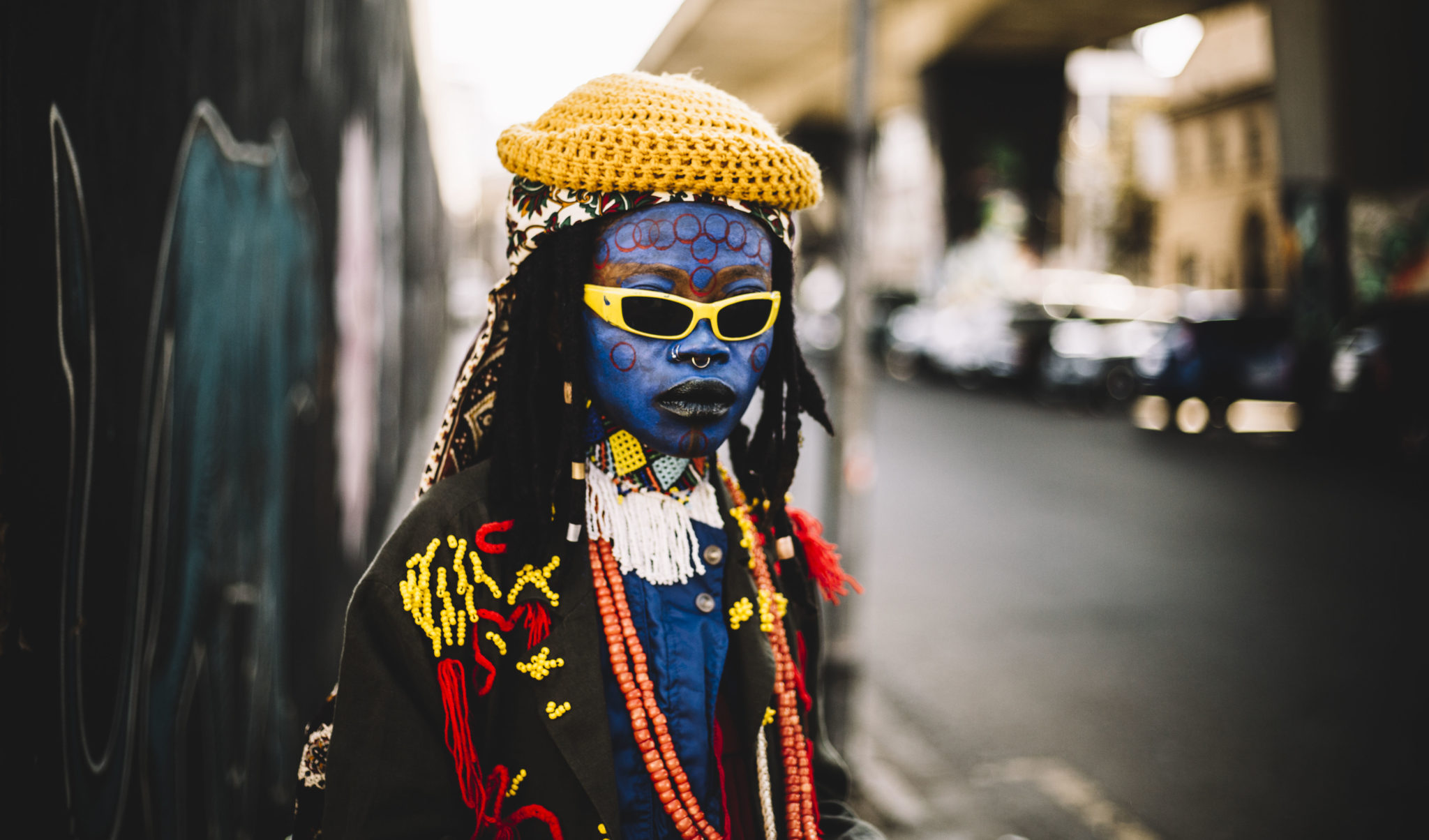 Posted at 14:39h in Interviews, Music by Nikki Zakkas
0 Likes

The politics of resistance is alive in Ghana-born, US-based singer-songwriter Jojo Abot‘s brand new EP Ngiwunkulunkulu. The four-track recording was inspired by her time spent in Southern Africa, where she arrived in May for her first tour of the region, and follows Jojo Abot’s acclaimed 2015 recording Fyfya Woto. “This is raw and to the point, hitting hard with heavy drums and percussion,” she says, and explains that the EP title translates to “I am God”. The EP was recorded and produced in her bedroom in Johannesburg – “a space of reflection and solitude”, she tells us. The recording is in direct defiance to western imperialism and serves as a worthy soundtrack to tackling structural inequalities.

She recounts her experience of South Africa. “As an African coming to South Africa from Ghana – the first African nation to gain independence from British colonial rule – I realise I had naive ideas about what freedom, liberty and equality truly mean globally. I learned that melanin can be seen as threatening but coming here placed my body and identity into a whole new, yet very familiar conversation on racially influenced bias and segregation. I was suddenly on edge in a whole new way. To constantly experience my body as a political tool was at first intimidating but I have discovered its strength.” 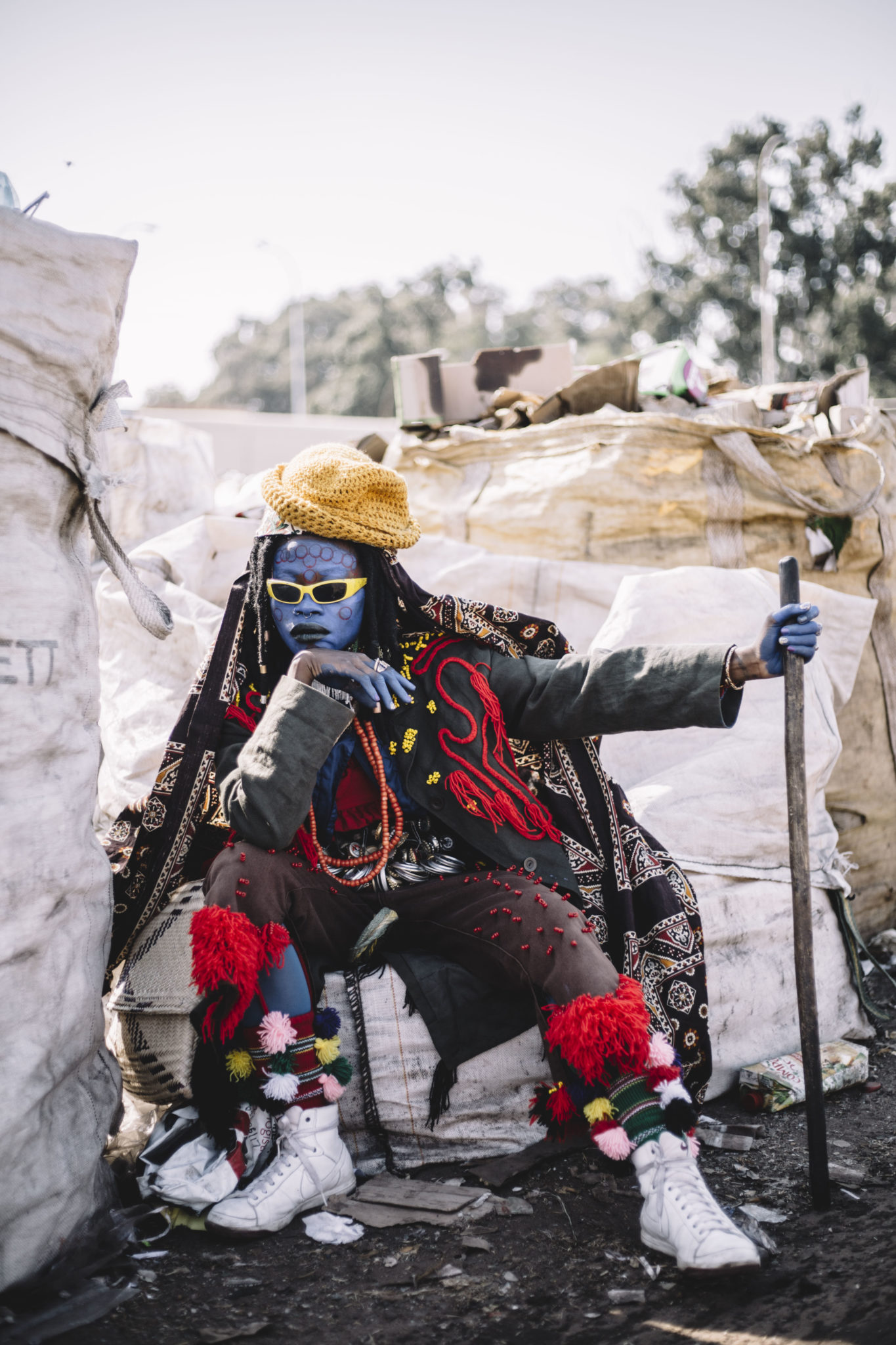 The recording stands up, speaks out and fights back against bigotry and anti-black policies. She draws inspiration from a picture of life under apartheid. “I was inspired by the narratives of those I encountered and the history of this space I now occupied. I could not keep silent after all that life has shown me. It was time for release.

“This idea of separation meant to cripple one group while elevating the other is audacious. I mean… how do you come to Africa and put up a sign reading ‘Europeans Only’ that keeps us off our own land? Forcibly separating millions of people based on colour while forbidding cross racial interaction and bonding. Displacement, disruption and division carried out legally and in plain daylight. How can there be no anger? No bitterness? It lurks beneath the shadows like ghosts sitting heavily on my shadow. The Gods and ancestors are displeased. Still in agony from generational pain.”

Aggrieved by the unjust way many people of colour are still treated in “post-apartheid” South Africa, she says. “It’s difficult to even begin to reconcile all this so I put my frustration and unresolved conflicts into song. Shedding the old rage to birth a new self that reaches inward for strength and reconciliation.”

Using her music to address injustice and collective pain, Jojo Abot says. “Just as separation was the tool of destruction, we as black people and humans across this grand globe must come together in dialogue with an open mind and heart to heal. There is much progress to be made. We must rise to love and build ourselves. It is time for the black man to re-envision himself as superpowerful. We must extend our hands beyond our immediate borders to build community and solidarity.”

Read as Jojo Abot talks us through the empowering four-track EP, accompanied by powerful images. 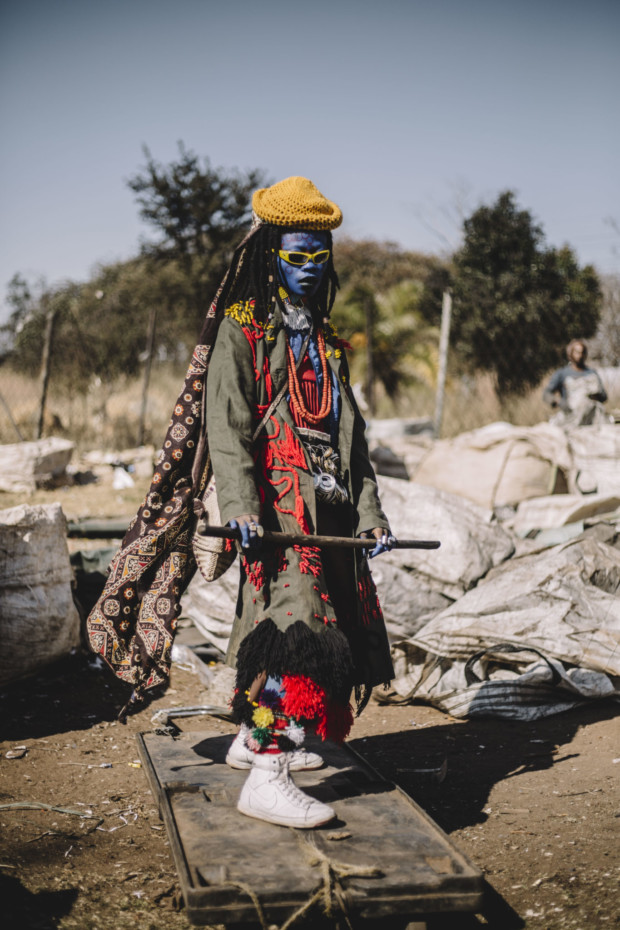 This song is a rejection of western civilisation, values and ethics. A shedding of anger and frustration. An honest expression of an overwhelmed daughter of the soil.

This song is a declaration of freedom and a return to recover all that has been lost to appease the Gods and ancestors. A fearless resolve to take back what is ours.

This song is a celebration and reminder of the divine and godly nature of the feminine as well as a call to protect, celebrate and respect the vessel of the feminine.

A search for God only to find that God resides within. A true discovery of a higher self and a reminder of who are and the power we possess.