Posted at 10:24h in film by Gabriella Pinto
0 Likes

Back in 2015, DRC-born filmmaker Simbi Nkula grew frustrated by the lack of recognition of black filmmakers and wanted to create a platform where he could screen the films he’s been working on.

What started as an event to solve a personal creative problem has blossomed into a festival, known as The Black Filmmakers Film Festival (BFFF). Since it launched two years ago, the festival has aimed to grow our cinephile community and providing an opportunity for black filmmakers to showcase their work. Held weekly at Alliance Francaise in Cape Town, BFFF recently started screenings in Durban and Port Elizabeth.

Along with Simbi, BFFF is organised by producer, director and actress Vuz Zum, photojournalist Tani Pehl and event co-ordinator Kabambi Mbiola. We caught up with Kabambi to find out how the festival is building a burgeoning community of cinephiles and connecting filmmakers from Africa and the diaspora. 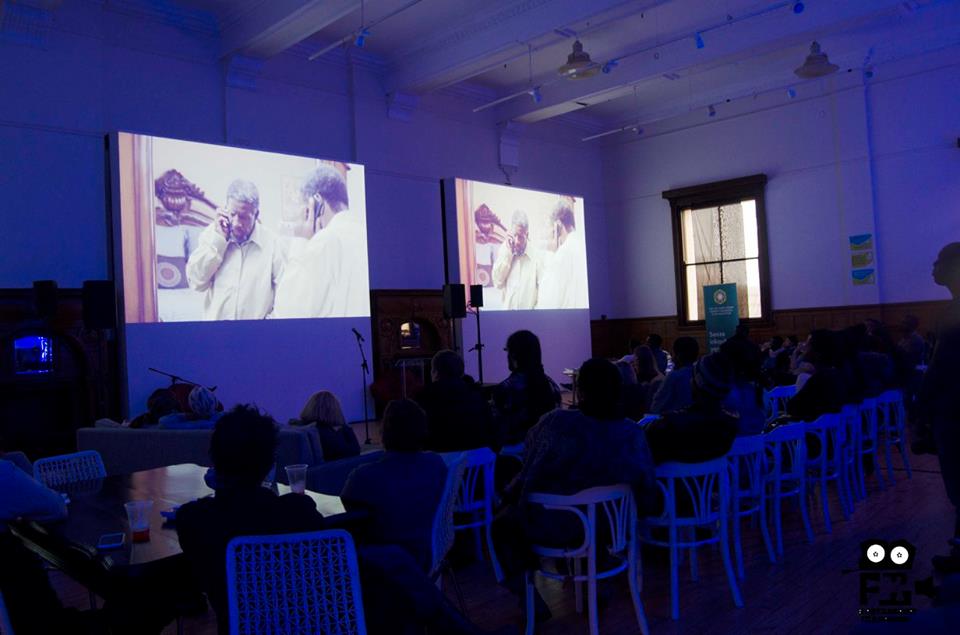 How do you put together the programme for each screening?
There’s a theme so we try to find films that complement each other.  The Foxy Five screened their first episode with us. Our platform is a place where you can make mistakes and see how the audience reacts to your work. We are here to support filmmakers. Students should start sending their films to us.

How has Black Filmmakers Film Festival helped nurture the cinephile community?
People come to our screenings and help us pack away the chairs afterwards — they feel like they’re part of the event. For example, Tani Pehl pitched up and voluntarily started taking pictures at our events. We eventually asked her to be part of the team. It’s successful because it’s community driven. We had an event last year called Ndim-Ndim held in Gugulethu. We organised transport and brought people from the town and suburbs to watch films in people’s houses. There were about ten different houses, each screening films. It was one of the greatest things we’ve done.

What’s the criteria to submit a film?
A lot of people get it wrong and think it’s pro-black and anti-white. We screen films that collaborate with people of colour. Yes, it’s pro-black, but what we’re trying to do is inspire people to collaborate more. We’re encouraging them to work together. It’s not boxed to African or South African films either.

Are there any emerging themes you’ve picked up on the films that are submitted?
There was a time when the #FeesMustFall movement was happening and a lot of people made films about it. A lot of films explore township life, and how people struggle to overcome their obstacles. You get to have a better understanding of people and where they’re coming from with their films.

How does BFFF try to address challenges facing South African filmmakers?
The biggest challenge is funding — not many people have enough information or know how to access it. We came up with a project called City of Colour to address this. Last year, we ran a competition for people to submit scripts. We selected Baby Daddy by Sarah Summers and Mumbi and Owino by Akoul G. De Mabior and helped them to make their films.

Besides your regular monthly screenings, are there any special projects you’re currently working on?
Open Design Festival has approached us to curate an event for them on 20 August. We’re busy organising things around that. The BFFF is a platform to network and come with your business card. If you have an idea and want us to help you, come speak to us. We need to start building the industry and tell more of our own stories. We need to support local cultural products.