19 Jul On reflection: 6 photographers share their self-portraits and talk portraiture

Posted at 15:45h in Photography by Stefanie Jason
0 Likes

I can remember the first time I seriously picked up a camera to photograph myself. It was my first year at university in Cape Town, and I’d decided to join Photography Club at the start of the school year. Tired of focusing my camera on the murals I was painting in pre-gentrified Woodstock and my afro’d boyfriend posing on my single dorm bed in my cramped res room, I found new inspiration in the studio shots of revered Cameroonian artist Samuel Fosso, and wanted so badly to reimagine myself through self-portraiture.

The result: a grainy, out of focused photo of me with locs and a fish face. My skills were questionable and photography career was as short-lived as that young romance. But it opened me up to a world of portraiture and the beauty of self-portrait photography, specifically across the continent. Today, artists like Omar Victor Diop, Lina Iris Viktor and Zanele Muholi are propelling traditions of studio portraiture while creating their own takes on the art form. So in celebration of self-portraiture, six photographers from the continent and diaspora speak to 10and5 about their images. 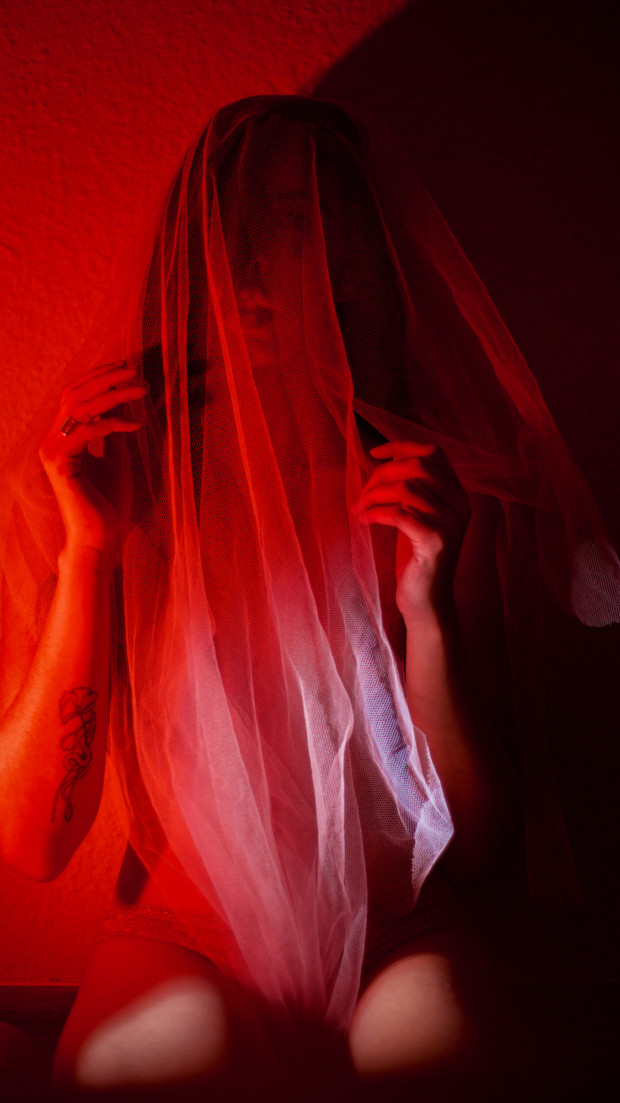 Cape Town-based photographer Gabi Chad creates sublime vignettes of her community in Cape Town, with portraits of artists and models, plus gorgeous takes of her urban surroundings:
“To quote Georgia O’Keeffe: ‘They could tell me how they painted their landscapes, but they couldn’t tell me [how] to paint mine.’ And that’s the beauty of the self portrait too. An opportunity to exhibit yourself according to your own exact terms. Acting as not only subject but master, holding interpretation in your own hands. These two self-portraits were taken two weeks apart. In the first, I was testing out some lighting and gels, and admittedly wanted some saucy photos. The Sensualist. The second, is a more realistic depiction of myself. The in-pyjamas-in-bed-still-at-ten-trying-to-finish-an-edit-winter-freelancer-life. Not exceptionally glamorous, but cosy. The Realist.” – Gabi 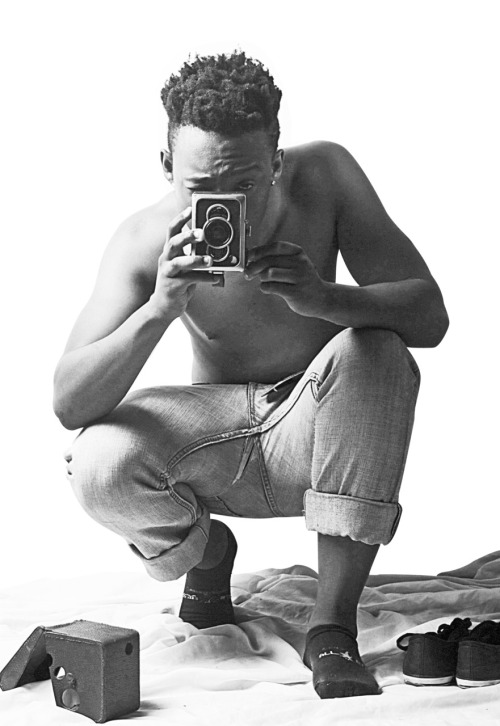 Soweto born and bred Vuyo is a photographer, copywriter, musician, filmmaker and part of creative collective I See a Different You. The collective is made up of three creatives credited with creating some of the country’s most powerful contemporary photographs:
“I shot this in 2010 while I was studying photography at City Varsity in Johannesburg. I could not afford a camera at the time so the only camera that I could use was the school’s. Since it was their only camera, I was not allowed to use it outside so I had to be creative in shooting the self-portrait. This is what came of it.” – Vuyo 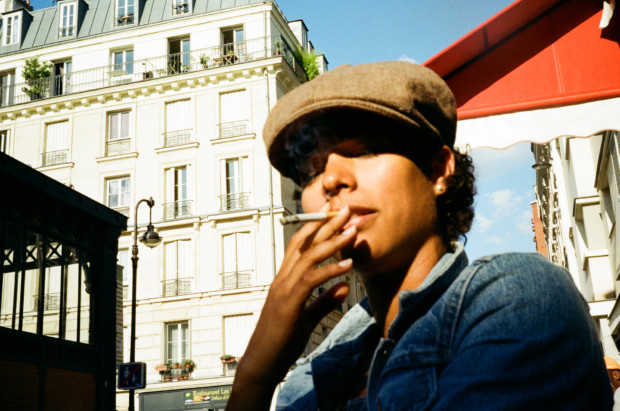 Born in Montreal, raised partly in Gabon and based in Paris, Émilie is an award-winning photographer. Celebrated for her moving film portraits on beauty and identity in parts of West Africa, Émilie’s work has appeared in the New York Times, Le Monde Magazine and more:
“Self-portraiture is the ultimate form of control. We choose what we want to give to the world to see about us. Most of the time, we want to share a sublime and desirable image. For this article, I chose to share a film image – which forms part of a series of self-portraits – I took in Paris in early July. It expresses a total loss of control over myself. I have been trying to quit smoking for 10 years and I strive to be this perfect version of me. But like Dr Jekyll and Mr Hyde, Mr Hyde always comes back.” – Émilie 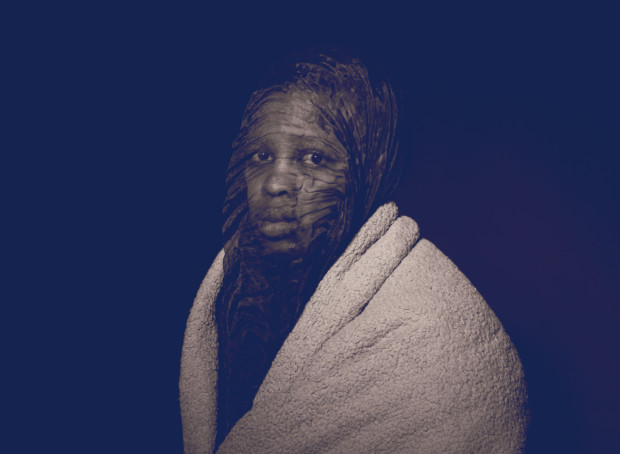 Cape Town-based photographer Andy is also a musician, and describes the haunting self-portrait titled Anelisa’s Spirit (above), as an ode to Anelisa Dulaze, a young woman who was murdered and whose body was later found under a house in Khayelitsha, earlier this year, “I could not stop wondering what she went through at the time of her death”. About the image below, Andy says:

“It was created early this year when I was preparing my lyric book. It accompanies lyrics of a song of mine called Sometimes/Forget. The chorus of the song goes, ‘Sometimes forget about the world outside/Forget about the world outside your window/Let the wind blow.’ So the doek over my face is somewhat a literal form of forgetting and not being distracted by the noises of society and the opinions of others. It was made in Cape Town at Ruth Prowse School of Art with the help of a friend and fellow photographer Wandiswa Mesatywa.” – Andy 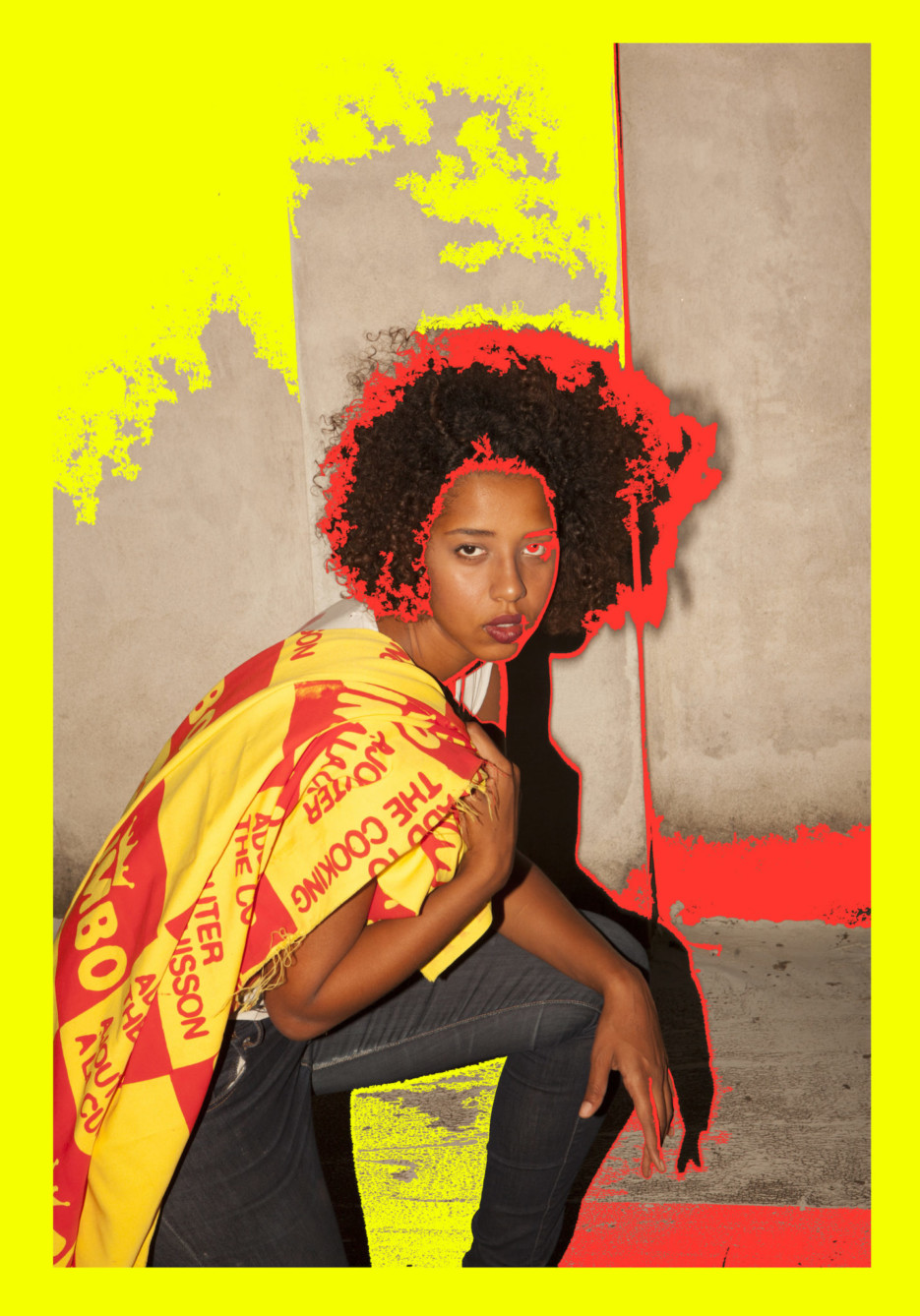 Adji Dieye is an ItaloSenegalese photographer born and based in Milan. She is behind the visually arresting body of work Maggic Cube, inspired by the ubiquitous red and yellow cooking stock cube advertisements around Dakar and on a broader level, imperialism:
“I was 16 when I took my first portrait. It was during one of those moments I kept on asking myself what I wanted to do in life. So in one of those days of existential crises, I took my mom’s camera and said to myself, ‘Photography could been an interesting choice for my future.’ And that was the first portrait I took, of my white cat in the snow. A beautiful picture. My last portrait is the one you’re seeing here (above). This image was taken on 1 July and it’s a summary of my work. The red and yellow colours and the utilisation of certain elements is clearly an intentional reference to my most recent project Maggic Cube. Sometimes a portrait can be a pretext for a search of proximity to the subject I’m portraying or a form of reflection for a studio-based project. And some other times, in projects like Maggic Cube, a portrait can be an exemplification of a study. I believe that these different ways of approaching photography can be easily recognised in my work.” – Adji 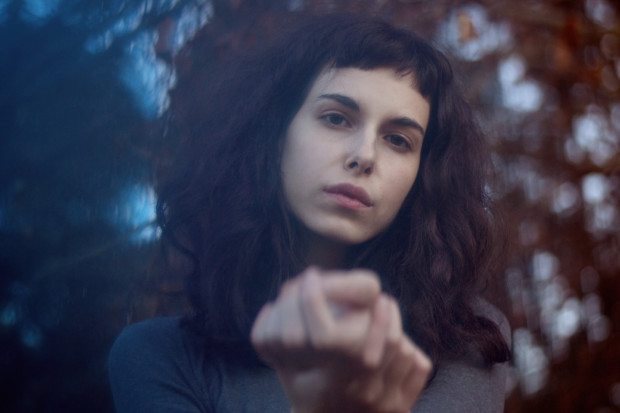 Since she was young, Nikki Zakkas has been obsessed with light; a main source of inspiration for her image making. Currently a content creator for 10and5, Nikki grew up between Athens and Johannesburg, and studied both fashion and photography:
“I like to hold a camera in my hands and move around a lot between shots so unless I am taking a selfie or capturing my own reflection or shadow with my phone I have never been into taking formal self-orientated photographs. Capturing this image earlier this year was tricky but a major lesson in independent production; having to manually refocus each shot, move around with a tripod, switch seamlessly between subject and photographer felt especially demanding. I am not 100% content with the final result, which is okay and a part of the learning experience I think. That said, this exercise offered me an opportunity to see myself objectively from the outside in – I have always looked at the camera very honestly.” – Nikki