02 Aug Feminist fashion! The 8 T-shirts empowering womxn around the globe

Posted at 13:29h in Fashion by Gabriella Pinto
0 Likes

Wearing a statement tee with pro-feminist messaging can let you put your money where your mouth is and articulate your fight against the patriarchy (without having to get into an eye-roll inducing Facebook argument with some bigot who refuses to acknowledge their complicity in a damaging and violent system).

However, the flip-side to brandishing your ideology on your chest raises concerns over whether you’re really fighting the good fight or just contributing to the commercialisation of feminism. Think of the US fashion designer Prabal Gurung’s collection during New York Fashion Week in February this year which boasted merch that was feminist AF. Similarly, Dior’s “We Should All Be Feminists” white cotton tees echoed sentiments from the TED Talk by Chimamanda Ngozi Adichie (who in a separate instance came under scrutiny for her non-inclusive views on feminism).

Nevertheless, when it comes to fashion it’s difficult to give unadulterated praise to the big labels – even if their once-off collections benefit charity –  because the industry as a whole is incredibly exploitative. After all, in a world where inequality pervades, feminism cannot and should not be reduced to a passing seasonal trend.

But, having said this, if you’re supporting labels with integrity who actually care about empowering women, and it’s not just your t-shirt doing the talking, then by all means splurge and buy that tee. Here’s our top picks of tees with empowering slogans from across the globe: 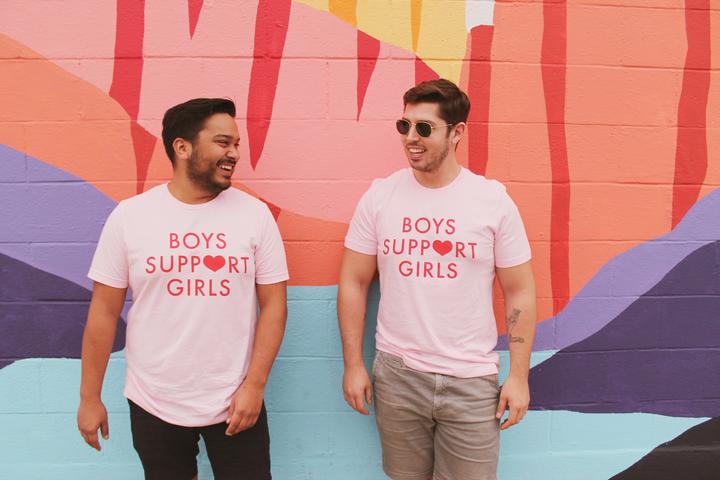 LAPP is a UK blog and clothing brand, established by Leomie Anderson in 2016 that literally uses fashion to vocalise womxn’s issues.Take, for example, the tee below, which they say, “is all about starting conversations about how society tries to police how to view the female body, especially in the nude form…There is no ‘acceptable’ standard when it comes to a nude woman. There will be hair, curves, cellulite and sometimes there won’t be, and that’s okay.” See more here. 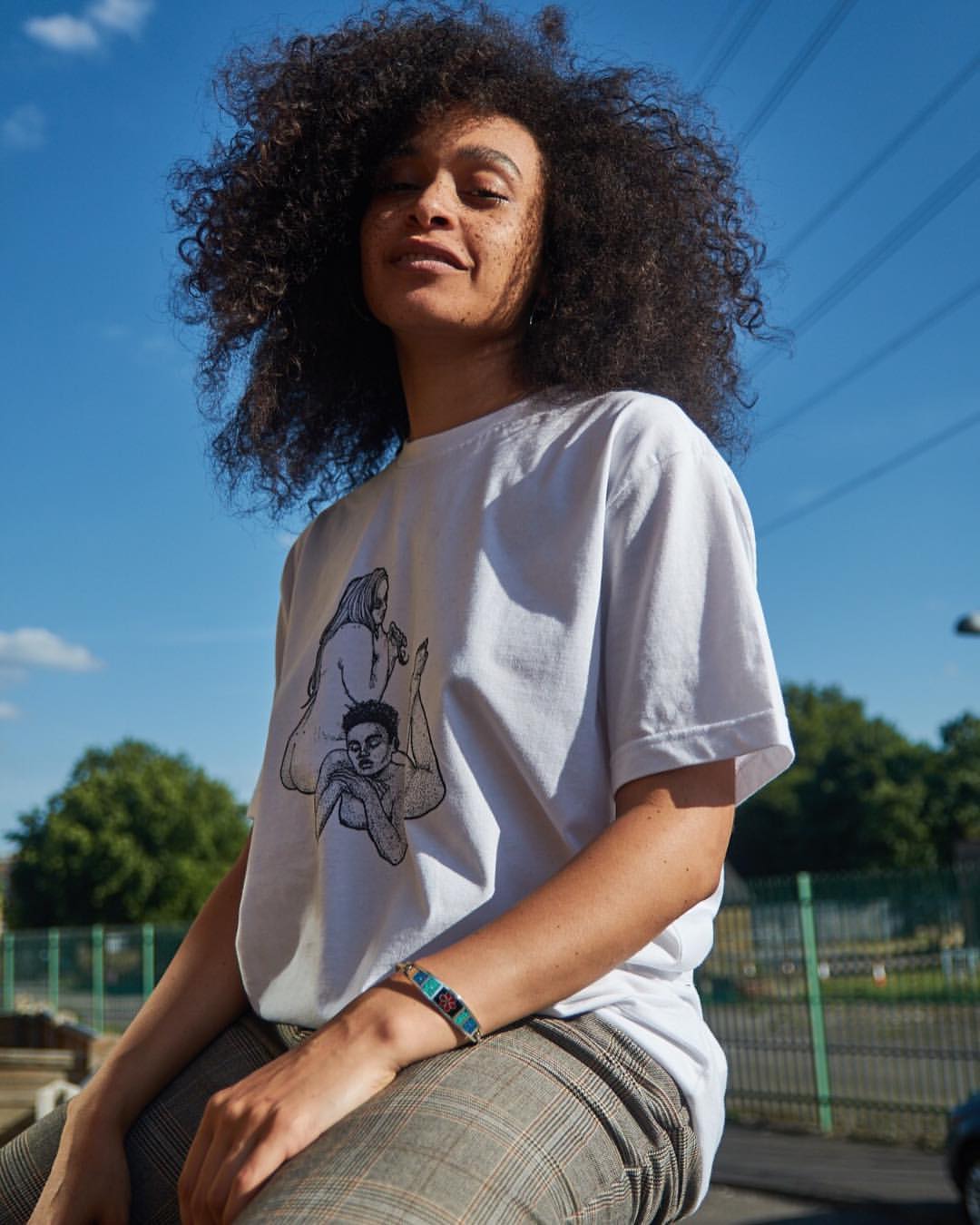 FEMMEPROJECTS (Freedom of Education Motivates Empowerment) is a South African NPO founded in 2014 by fierce feminists, activists and educators Kelly-Eve Koopman, Loren Loubser and Kim Windvogel. They empower the youth on sexual education, identity, reproductive rights and puberty. Since launching, FEMMEPROJECTS has invited nearly 4 000 young womxn to their taboo-free workshops and provided free menstrual cups and sanitation resources. To raise funds and increase awareness, they’re selling T-shirts. Inbox them to order yours. 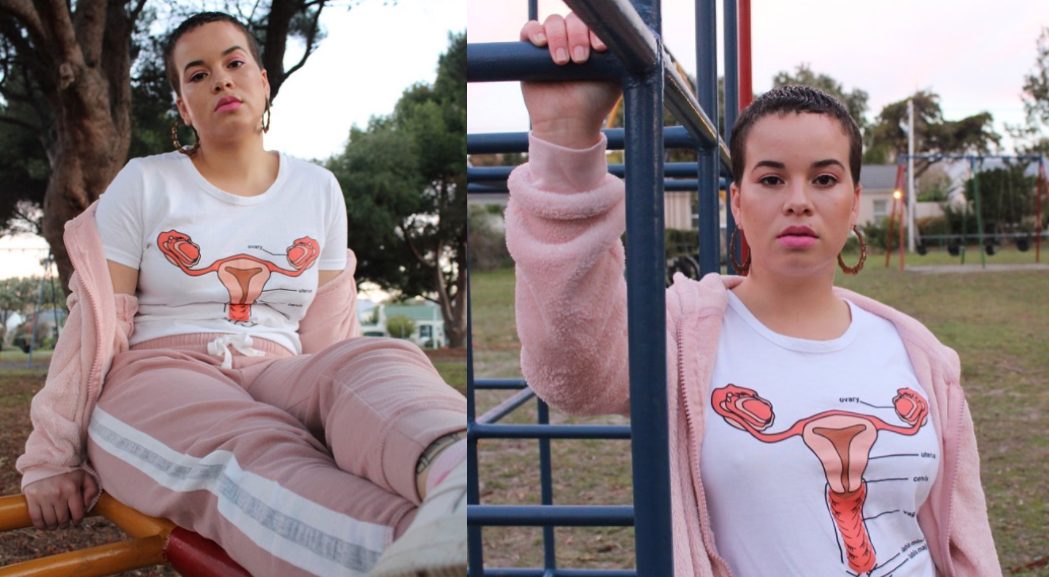 Austen-based brand, Daisy Natives was founded by Sarah-Eckett, who describes herself as a “24-year-old grandma” on Instagram, constantly craves nachos and lurves oversized tees. Albeit serious, her ethically made merch – like her bio – is not without wit. Daisy Natives is for womxn who are revolutionary in thought and wear whatever they damn well feel like. Visit her site for more. 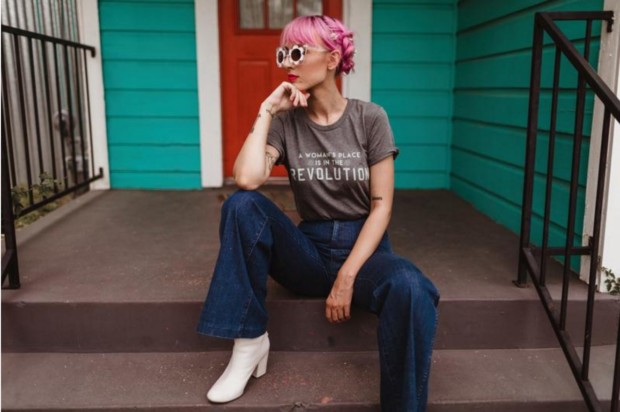 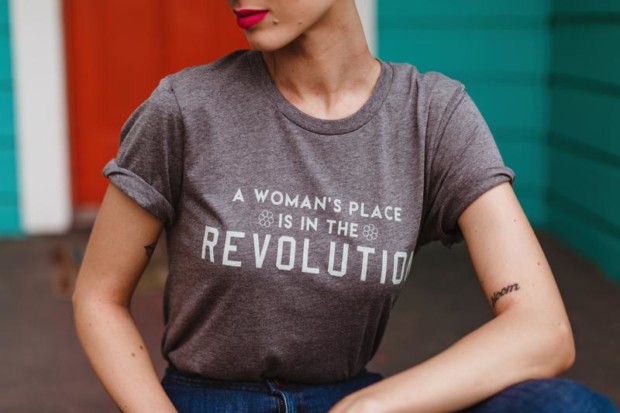 Founded in 2012, Otherwild is a space, studio, store and gathering based in LA. They produce garments under their label but also stock others such as 323 Clothing, Clothwork and Stefanie Boyd-Berks. Of their retail practice, they say, “We dedicate means within our business model to support ethical practices, advocacy and activism as we continue to evolve within an exploitative, extractive, extreme and excessive consumer capitalist culture.” Check it out here. 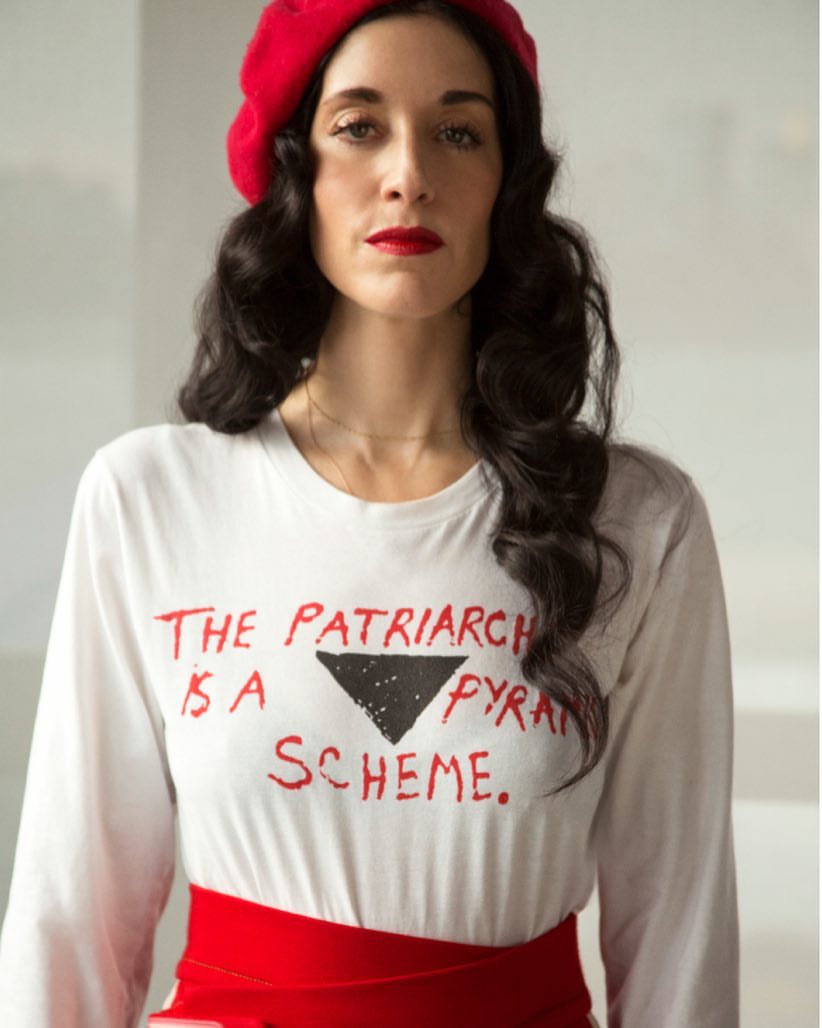 Actor and activist Gbenga Akinnagabe founded the US clothing label Liberated People 2012 to inspire people to be positive world citizens. National liberation days – usually public holidays that mark the liberation of a place or people – are there to celebrate common struggles people have overcome to achieve personal and political freedom but shouldn’t be the only time they engage in nation building activities. The label caters for all genders and is made in the US, namely Atlanta, Georgia, Los Angeles and California, using a socially responsible profit structure. Check them out here. 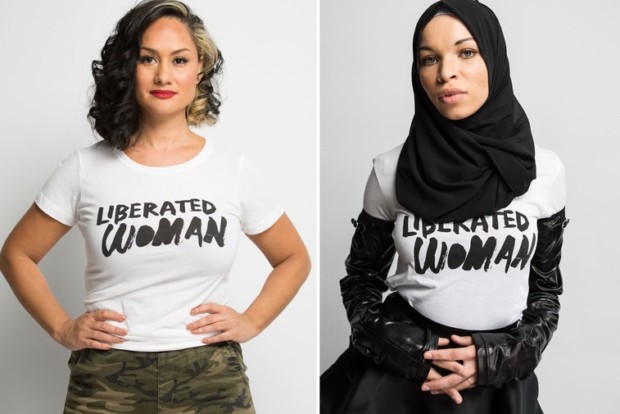 Brooklyn residents Kara McGinley and Cassie Lintelman founded Feminitees in 2016. Their T-shirts are one-of-a-kind and embroidered, each with a specific message highlighting gender inequality. A portion of all their proceeds is donated to the National Organisation for womxn. To quote their manifesto, “Despite major advances, the United States is still not a place where females have equal pay, where they can revel in uncensored lives as much as men do. Women’s bodies are judged and often shamed while their voices remain apologetic.” Find out more. 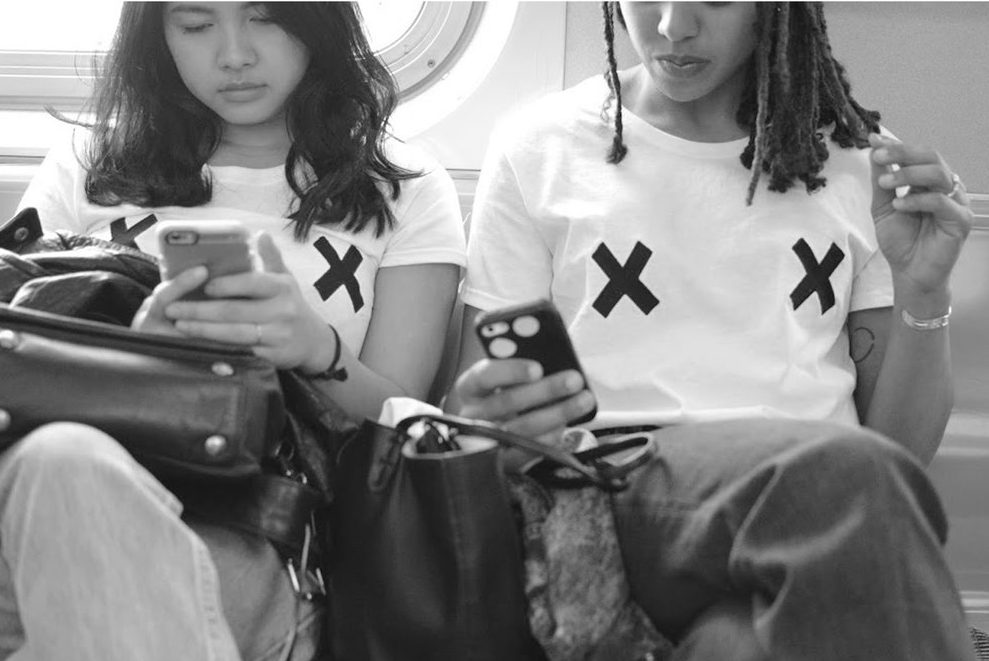 Philadelphia-based Feminist Apparel is a clothing company spreading feminism through open dialogue, positivity and inclusivity. They print feminist artworks from over 50 creatives on a monthly basis – each of which receives a share of the profits. View their apparel online. 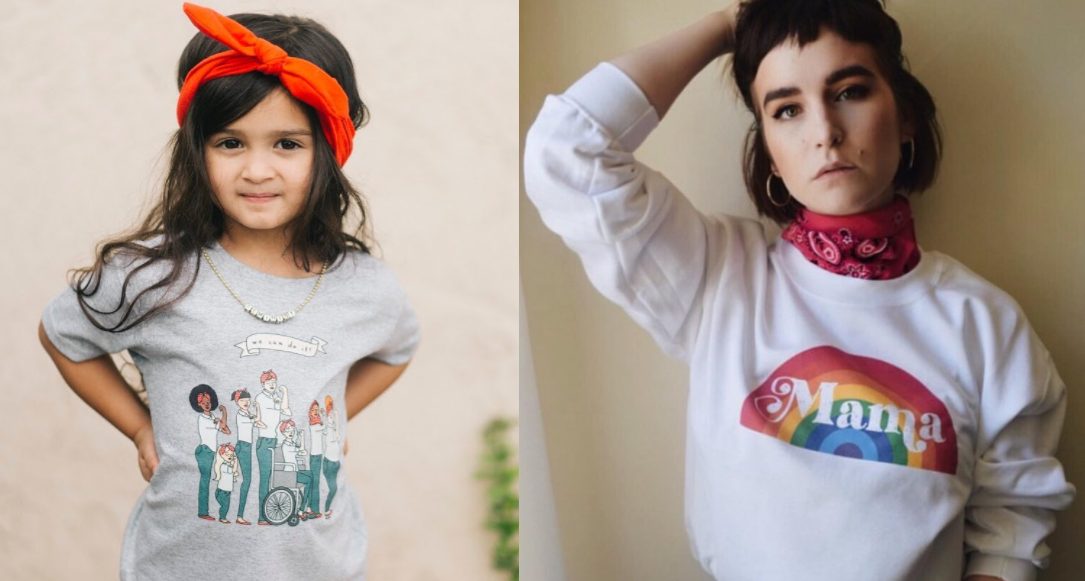