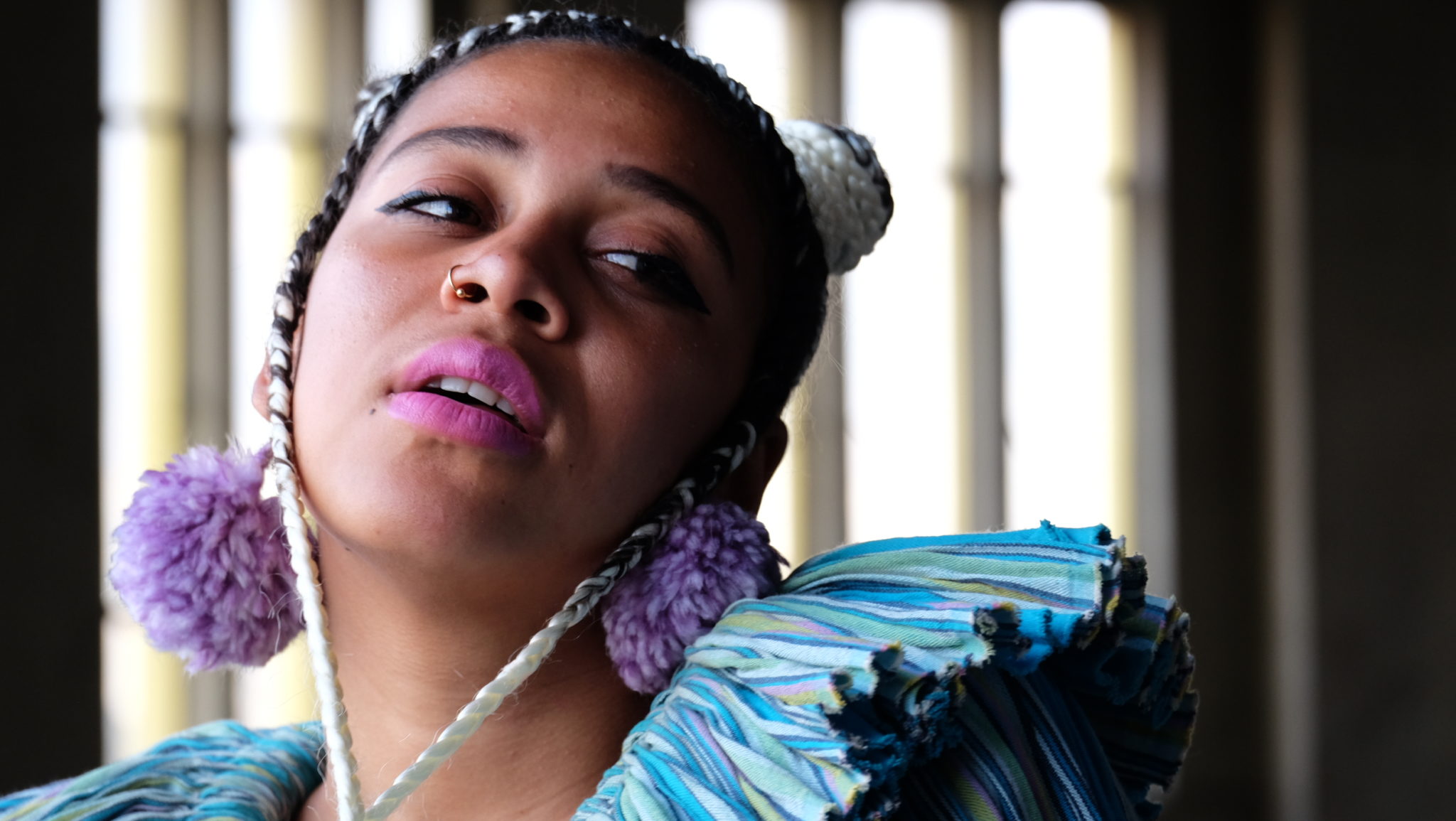 “I used my voice and a pen. The beatmakers are the ones working their technological mechanical magic on the track,” says rapper Sho Madjozi modestly about creating her hit single Dumi Hi Phone, created in collaboration with PS DJz, and released earlier this year.

Raised in Limpopo and born Maya Wegerif, the multitalented artist first appeared on the radar as Maya the Poet, a spoken word artist and has continued to blaze a fiery trail as a rapper. “I was inspired by a track that [producer and rapper] PH Raw made with a hook that goes ‘Vita tichomi ta weh’, which means ‘Call your friends.’ All my raps came out of that. I wrote a half of it at Raw x Studios and the other half at Ghetto Ruff. The latter is where we recorded the track.” Sho Madjozi has captivated audiences through her music, signature xibelani skirt and sneakers, and undoubtably, her raps. Sho remains on the beat, embodying ad libs with her waist and makes full use of her power, confidence and authenticity to enthrall a nation.

One of 10and5’s Creative Womxn 2017, Sho — in a powerful celebration of Tsonga culture, womxnhood and Joburg’s inner city scene — captures the essence of the track in this video, in which she moves to the gqom-infused beat laced with her infectious XiTshonga flow. We caught up with the rapper in inner city Johannesburg to revel in her xibelani dance and tenacity.