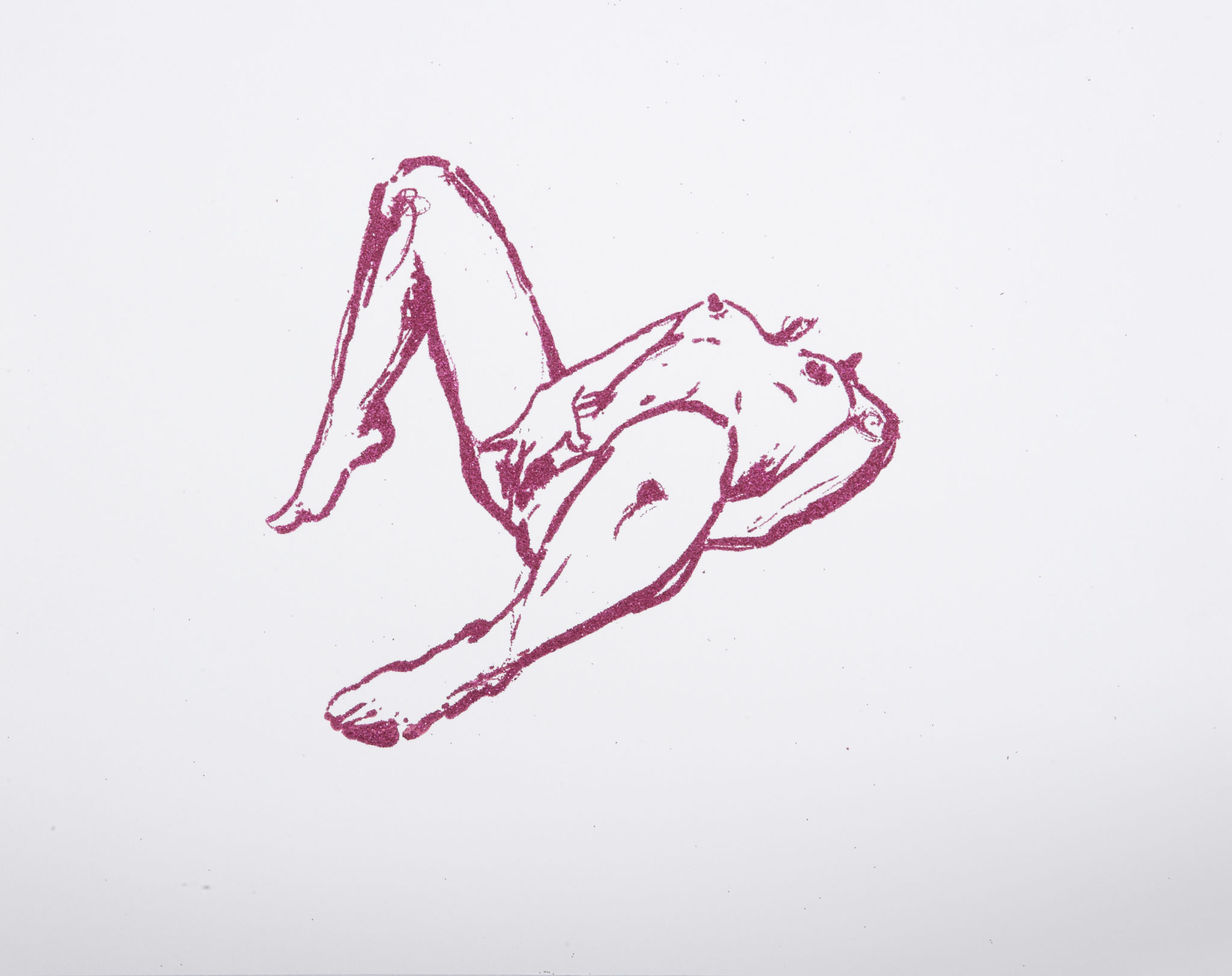 To celebrate Womxn’s Month, we reach out to seven womxn creatives from Africa that use their artistic talent to express themselves, contemplate society and self, and engage personal and collective womxnhood. Sarah Zimmerman, Brooke Schafer, Akum Davina Maduka, Adesola Lasisi, Ellah Hlapolosa and Octavia Roodt tap into the “female condition” through the powerful medium of illustration plus reflect on community, representation and what their artwork means to them. 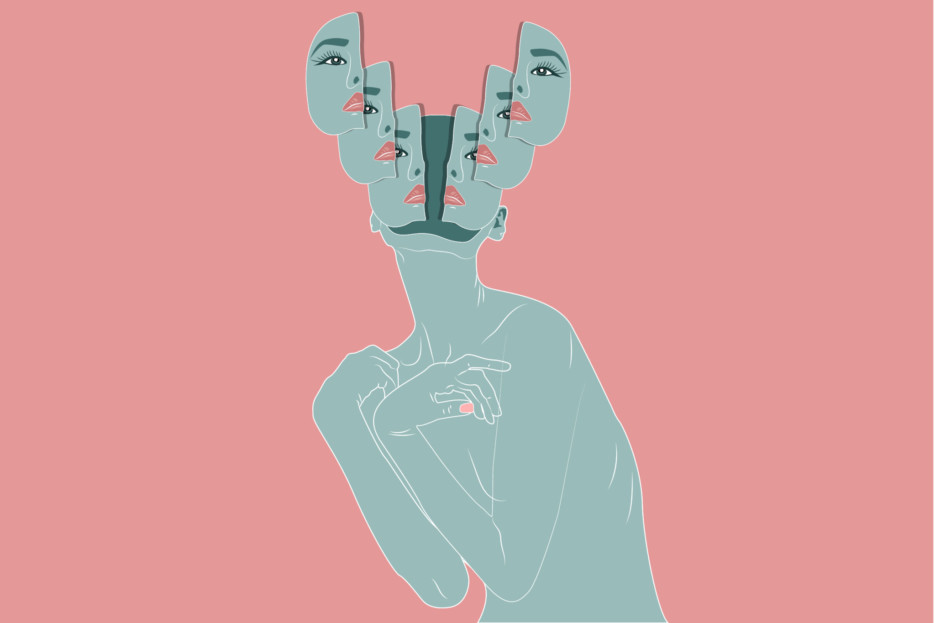 “The greatest threat to women and by extension humanity is the growth and acceptance of male chauvinistic, illiberal and brutal culture of hawkishness. This system then requires that women raise up their voices to empower themselves and those without any voice to fight against society’s systems that belittle women. Meaning we are greater together than apart. My inspiration [for the piece] was drawn from the great saying of Pakistani activist for female education, Malala Yousafzai: ‘I raise up my voice – not so I can shout, but so that those without a voice can be heard. We cannot succeed when half of us are held back’. The illustration embodies the spirit and passion of Mahala.” 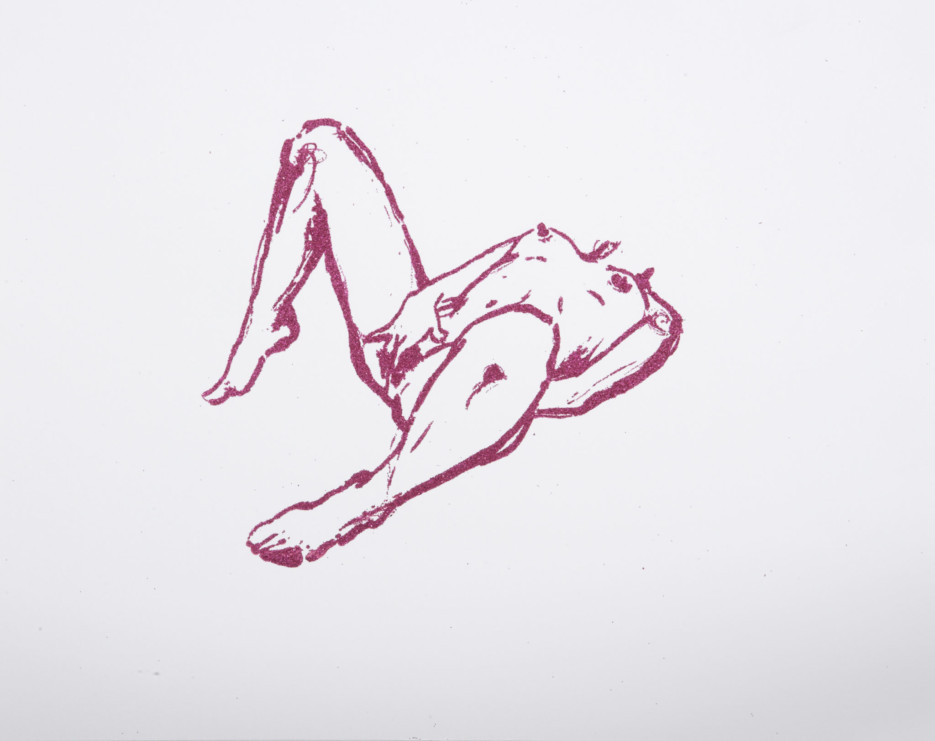 “I wank, you wank, we all wank. I guess there’s varying experiences along the spectrum we’ve all gone through, and from my experience, it’s largely been one of shame, until I got over that and realised the best orgasms I’ve had I’ve probably gifted myself. So fuck it, touch yourself, make some angsty art about it.” 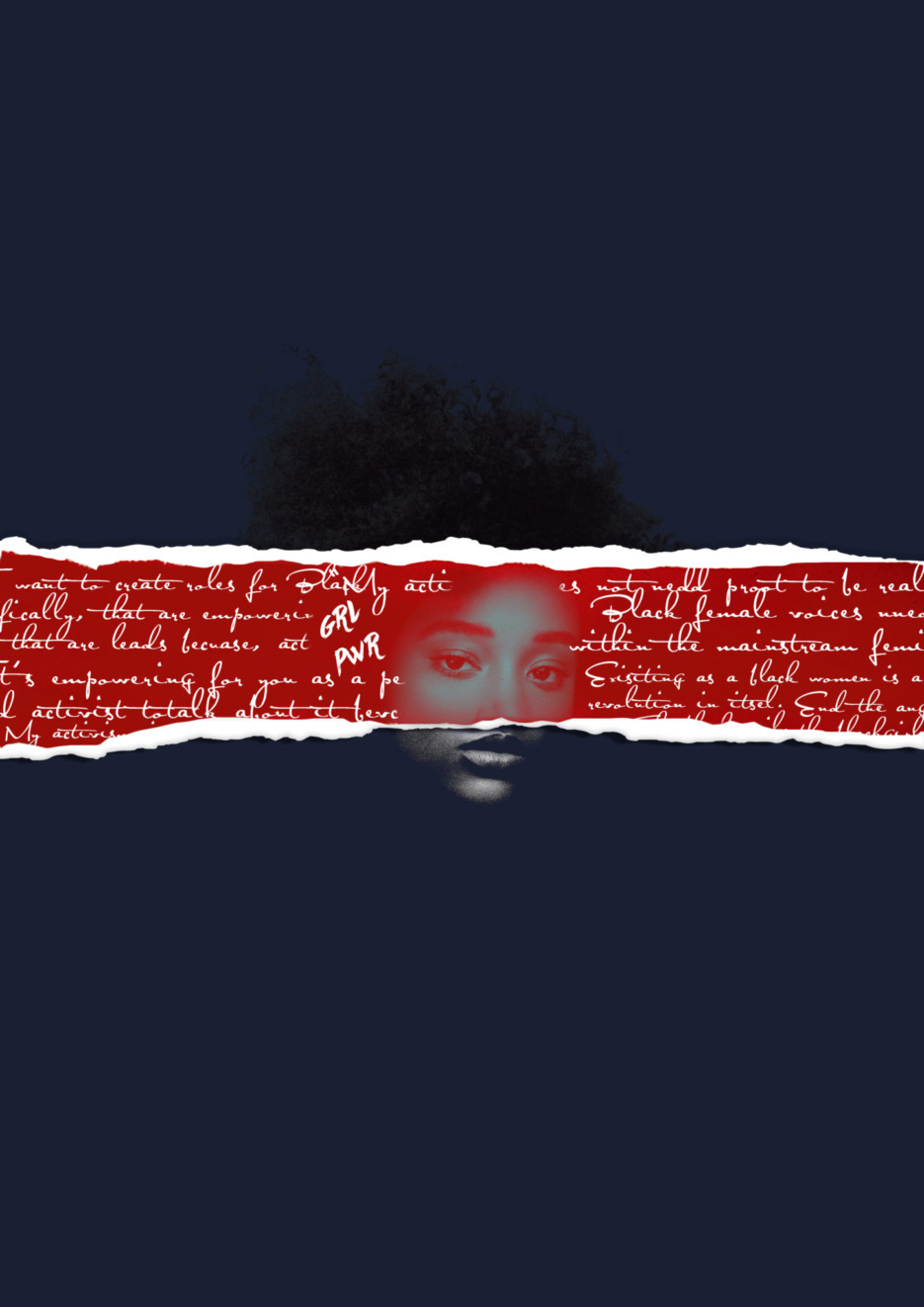 “The woman in my illustration is actress Amandla Stenberg. My illustration is about her resilience as a young Black intersectional feminist. I got the inspiration for what to draw from her “Don’t Cash Crop My Cornrows” crash course – a video highlighting the appropriation of Hip Hop culture and its significance. Her ability and confidence to speak on Black culture and difficulties within the Black community is remarkable. She’s a crucial representation for Black teenage girls who’ve existed and/or continue to exist within the vicinity of conformity. What’s even more admirable is her use of power in the industry to empower Black women. She’s a perfect representation of her name. Through my illustrations I want people to feel that Black women are powerful.”

“This work has been a slow progression, a collage of many illustrations, which have come together to form a new fictional and unshaven character. Along with my recent infatuation with octopus tentacles, I’ve been thinking a lot about mythological womxn and how to go about creating them in my work, while also trying to depict a sense of feminine strength. The womxn in my illustration is a goddess, a sofa queen reigning with her weather monsters.”

Age: 25
Location: Born and raised in Northern Nigeria and lives in Canada
Medium: “My preferred drawing mediums are ink and a 0.03mm technical pencil.”
Title: My Unshaven Pregnant Self
Instagram: @ad___m 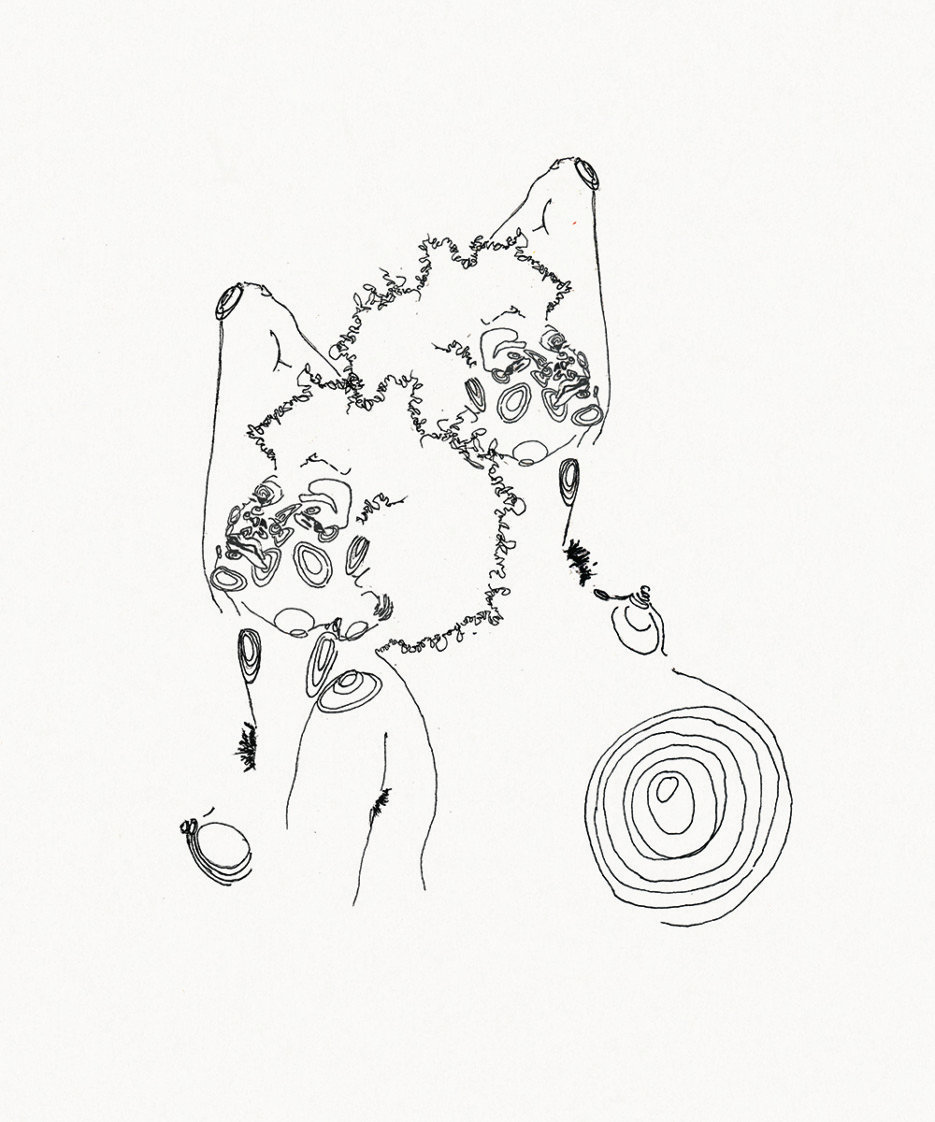 “I’m inspired by a number of things: identity representation, physical imperfections, sexuality and desire, basic human gestures and behavioural patterns within social contexts. The womxn in my illustration represent myself and every girl. Our flaws, and our weaknesses; the things I think make us all beautiful and unique. I grew up in a conservative society where girls were not really meant to speak on or do certain things. I feel the womxn of today defies that; she’s a rebel in her own way and questions societal norms that restrict her from being her full self. She does not need the gratification of the opposite sex to feel beautiful or needed. She is unafraid to go out unshaved, I mean, it’s really just hair.” 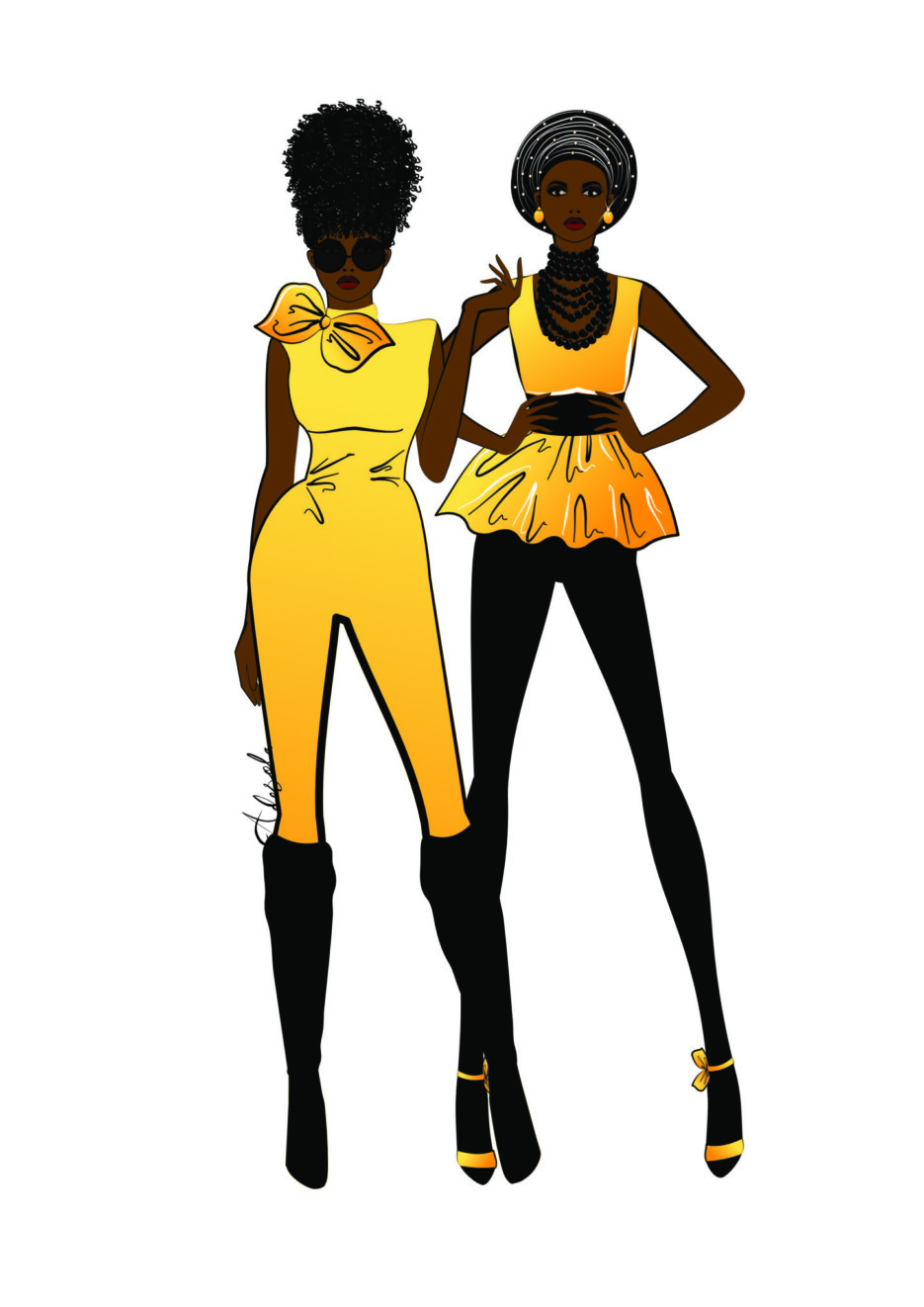 “This artwork and generally most of my artworks are about strong women. I like to make them the centre of attraction. It’s all about them: fashionable, strong and fierce women. Mostly my inspiration to draw comes from myself, not that I don’t get inspired by other things, but I consider my illustrations my alter egos. I’m this very shy person, a hopeless introvert, so my illustrations are mostly like, ‘Oh, I want to be that girl’. Not that I couldn’t be like her but in real life but I just wouldn’t want to draw that much attention to myself. My girls get all the spotlight.”

“The woman in my illustration is a woman that has got it all together, she has everything under control, she’s the boss, she’s in charge but not in an obnoxious way. When people look at my illustrations, I want them to see a strong, confident, assured and assertive woman basically ‘a boss lady’.”

Age: 22
Location: Johannesburg
Medium of choice: Pencil and pen, scanned in to be used a basis for photoshop work.
Instagram handle: @octaviaroodt 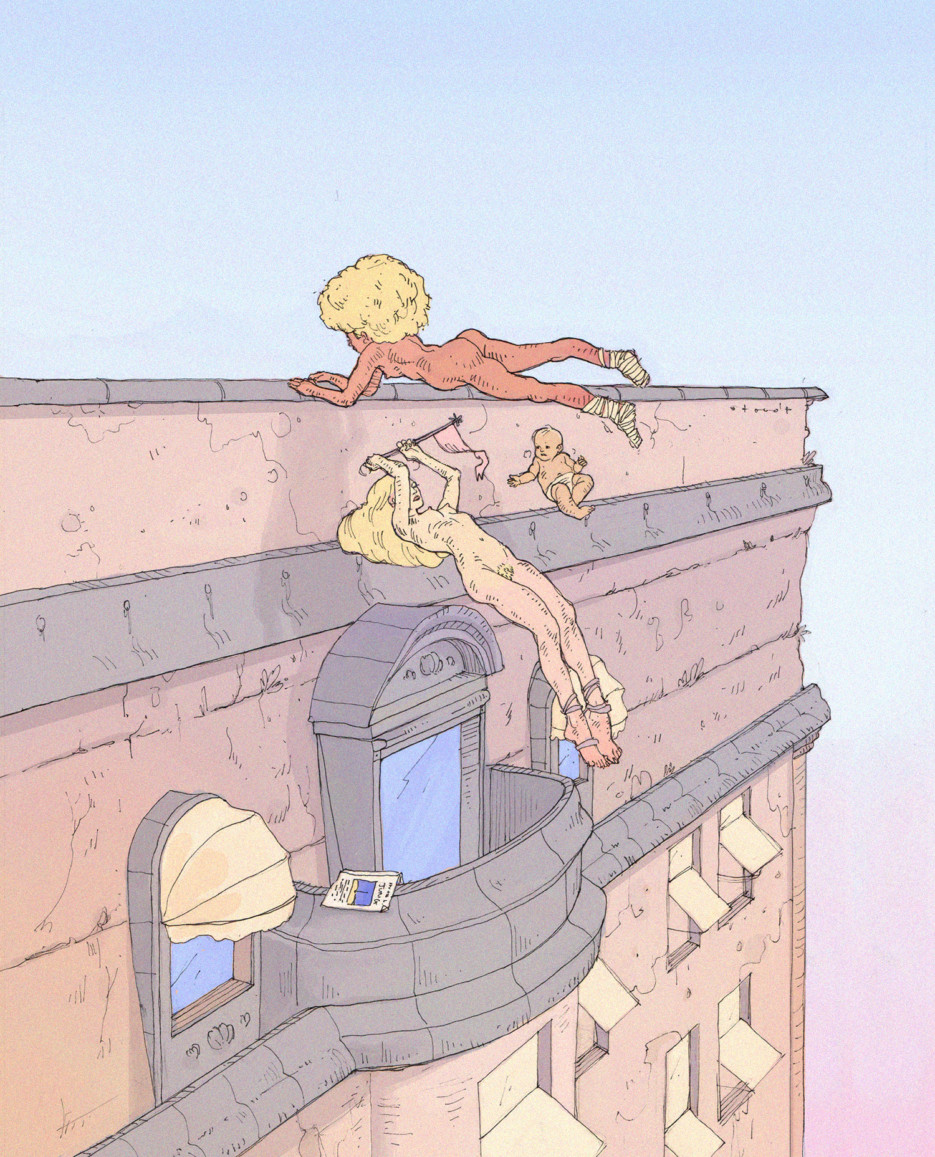 “I recently got shook on Women’s Day when I read Irene Claremont de Castillejo’s Jungian essay on woman as mediator of man, and decided to explore two of the four ‘roles’, which she describes. The womxn in my illustration are the two Jungian ‘roles’ I decided to depict: the Amazon and the Mother. Two very different roles in relation to men and each other. Both are equals as womxn. I am terrified of the hysteria around these pressing issues. Hysteria probably isn’t the right term, but its the Jungian term. I get so hurt by the gender-based oppression of women in South Africa but also the breakdown of family structures in and out of the traditional nuclear family, that we’re so alone and segregated in this world. That’s why I depicted a family with an infant instead of individuals. The essay is in a book [hanging over the side of the balcony in my illustration] called ‘In the Wake of Jung’, which form part of a collection of essays around Carl Jung’s work titled, ‘Woman as mediator’. This particular essay made me realise how age-old these variations of female roles are.”