Posted at 09:51h in Food and Beverages by Gabriella Pinto
0 Likes

Drinking tea is central to integral to tradition and ceremonies across the world. Here on the continent, there exists a long history of tea production and brewing; from Malawi to Kenya and Morroco plus Ethiopia, to name a few, as well as South Africa, famous for growing rooibos tea.

Preparation varies widely from country to country but in principle, the act of waiting for tea leaves to brew is associated with deliberate slowness and offers respite from the chaos of modern life, especially where dominant coffee culture seems to fuel the unrelenting rat-race.

From an alley in Morroco to the Khan al-Khalili Souk in Cairo to the corner of Commissioner and Albrecht Street in Maboneng, Joburg here’s a list of incredible tea houses to visit across Africa that offer fragrant, artisanal tea blends.

City: Cape Town
KAPA Tée’ want you to join the “teavolution” and be part of a slower tea-drinking culture in a city that loves coffee. Their quaint store and tea room opened in July in Church Street, Cape Town, and is decked out in indigo blue with shelves displaying a mix of organic pure teas and blends.

If you’re a caffeine fiend you can replace your daily fix with Lapsang Souchong, a black tea with a high percentage of caffeine from China, known for its smoky flavour. Otherwise, try something sweeter and fruitier such as their Blushing Strawberry tea. More info. 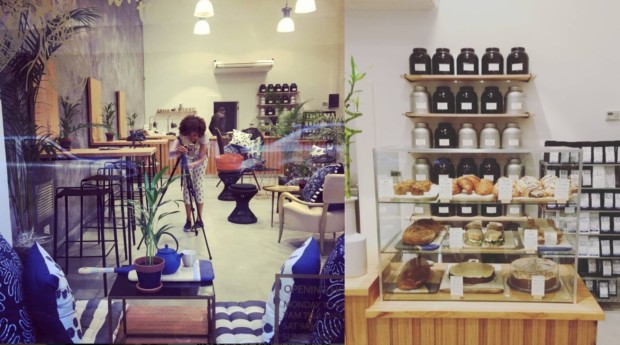 City: Accra
Tea Baa says it serves “teas that make you stop to appreciate the moment and food that forces you to do a dance ‘cos it’s that good”. Located in Accra, they’re Ghana’s first tea bar with a menu of alcoholic and non-alcoholic tea in “hipster-friendly” jars. Their weekend gatherings with DJs on the decks makes it tempting to swap your Earl Grey for a Pina Colada tea. More info. 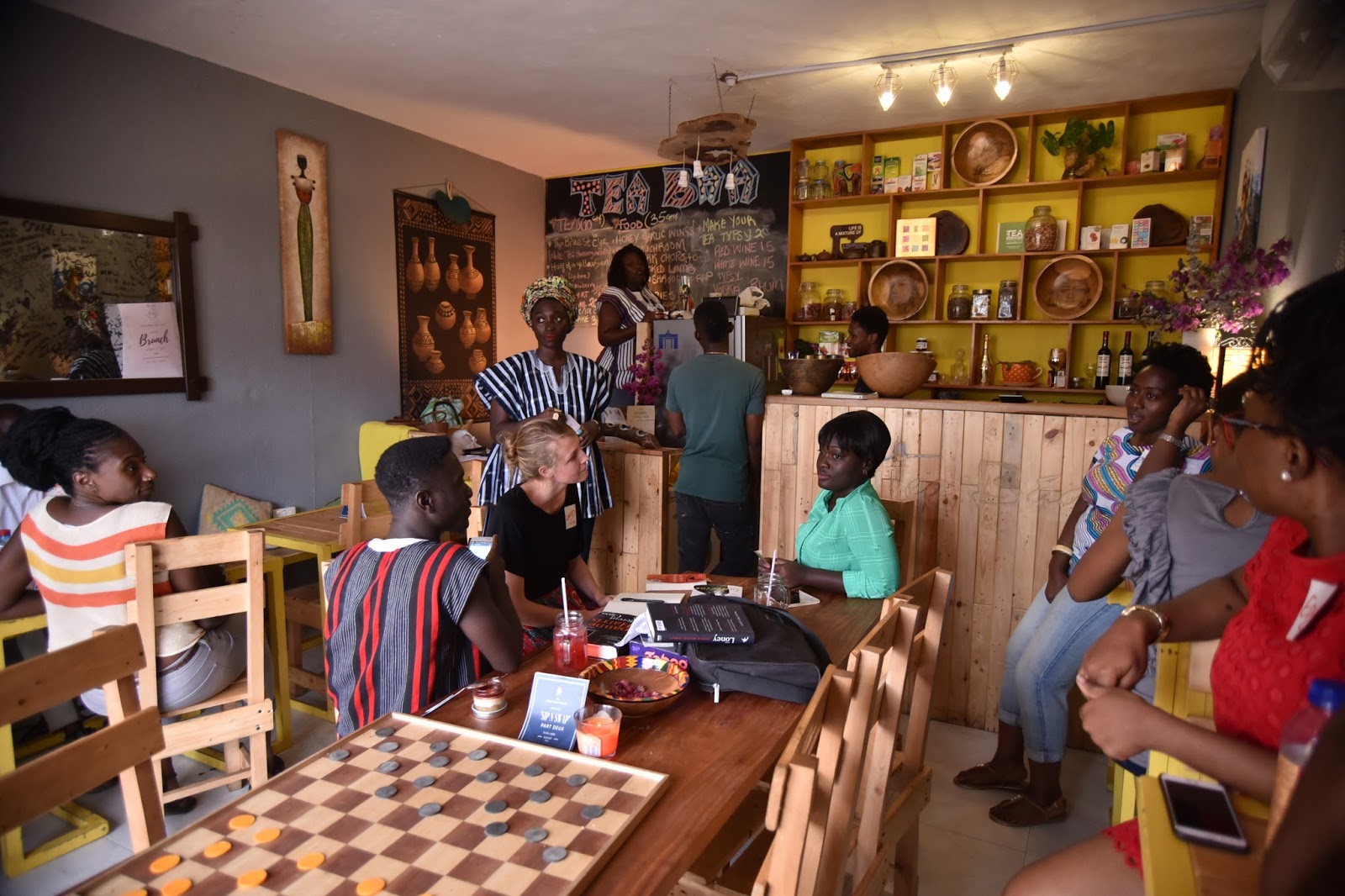 City: Joburg
Founded by Swaady Martin in 2012 and located in Maboneng, Johannesburg, the Yswara flagship tea room sells a large selection of ethically sourced teas. “Our single estate, orthodox teas are grown in the verdant fields of the finest African tea estates, whether it be the rolling hills of Rwanda’s Rukeri Estate or the misty peaks of Malawi’s Shire Highlands. Each of these rare leaves is handpicked and sun-dried, processed on their individual farms using only natural methods,” says the brand. 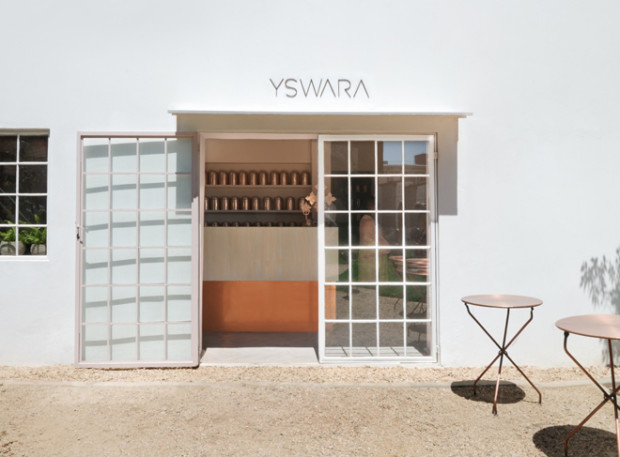 Yswara offers over 20 teas, all unique creations blended by Swaady, such as the Queen Nandi with tropical infusions of coconut and mango or the Askia of Songhai that combines ginger notes with pineapple and sunflower blossoms. No doubt, if your a tea aficionado, you’ll return more than once to taste their aromatic blends. More info.

City: Cairo
240 years ago a man named El Fishawi served coffee to his friends in the heart of the Khan al-Khalili Souk in Cairo and the El-Fishawi cafe was born. Viewed as an Egyptian cultural institution, the cafe has served tea and coffee to poets, writers and artists over two centuries. In fact, it’s believed that 1988 Nobel laureate Naguib Mahfouz wrote parts of his Cairo Trilogy in a room at the back of the cafe. 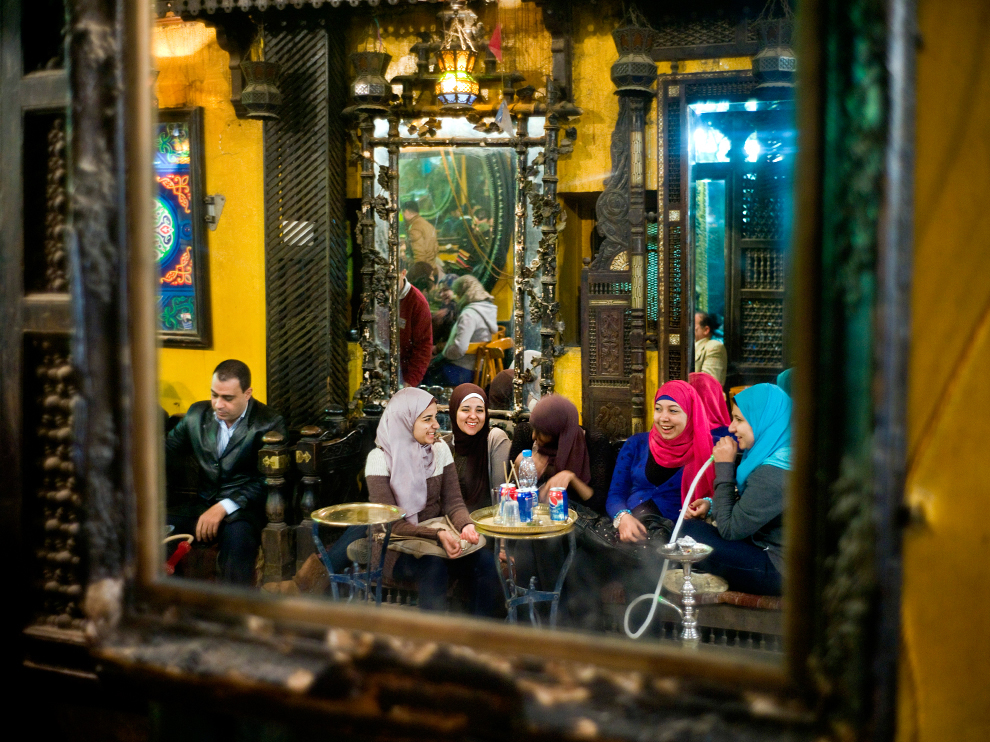 City: Tangier
In an alleyway in Tangier, Morocco, you’ll find Cafe Baba, the famous tea house where Bob Marley and Mick Jagger once smoked hashish. Inside is an eclectic mix of blue walls, framed pictures and odd chairs. It’s not commercially orientated for tourists offering an authentic experience and amongst locals is favoured for its mint tea. Cafa Baba first opened its doors during World War II. To speak of their greatness, one just needs look at their calligraphy signage that reads, “Welcome to the Legendary CAFE BABA, The Best Cafe In The Medina, Founded in: 1943.” More info. 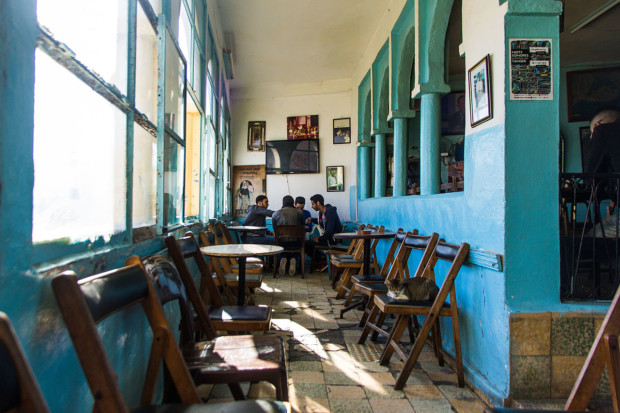 City: Lusaka
This tranquil tea room and brewing bar is the first of its kind in Lusaka, Zambia. Guests can enjoy breakfast, lunch or high tea whilst over looking a large peaceful garden. Taste by Tootz supports local produce and has over 40 teas to taste including Moroccan Mint, Winter Almond, Rooibos Vanilla and Pomegranate Citrus. More info. 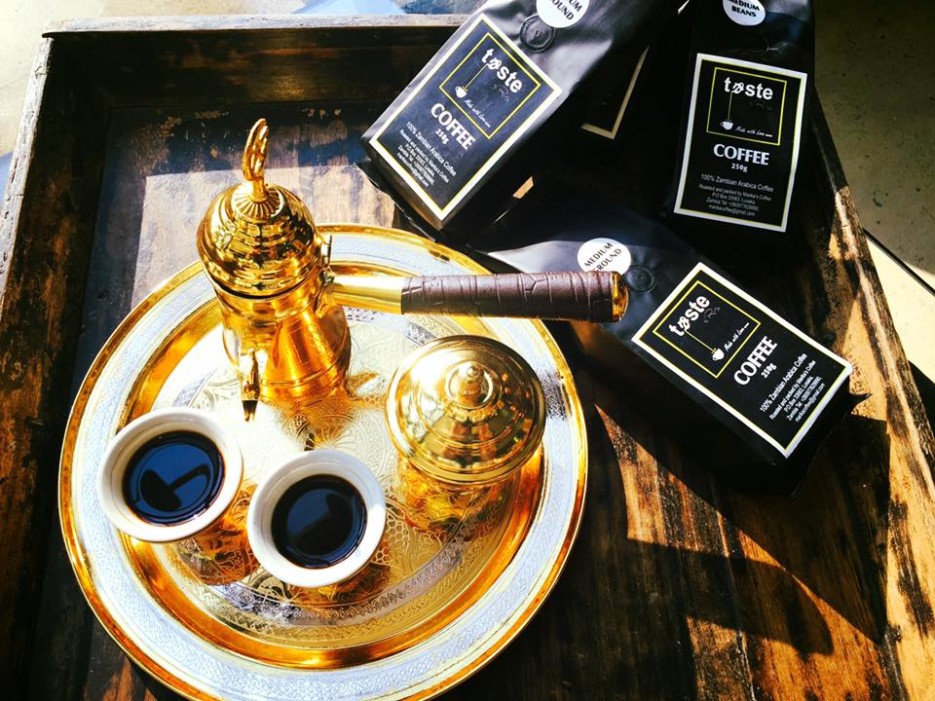 City: Zanzibar City
The two converted tea rooms at House of Spices in Zanzibar, as well as the three-storey house they reside in, once belonged to a family of spice merchants who exported spices to the Americas and Europe. The back end of this 18th-century abode was the drop-off point and production area, while the front of the house was used for day-to-day sales.

In addition, House of Spices has a restaurant, tapas and wine bar and spice gift shop, as well as accommodation. Before savouring their Mediterranean cuisine or drinking their spicy liquors at the bar, you should first try their famous lemongrass or house brewed cinnamon tea. More info. 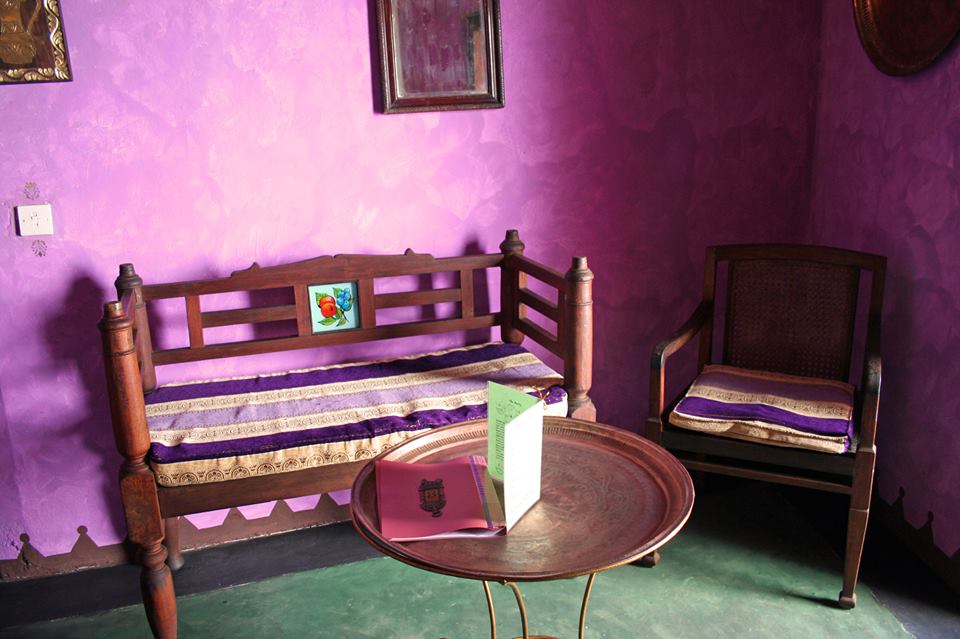