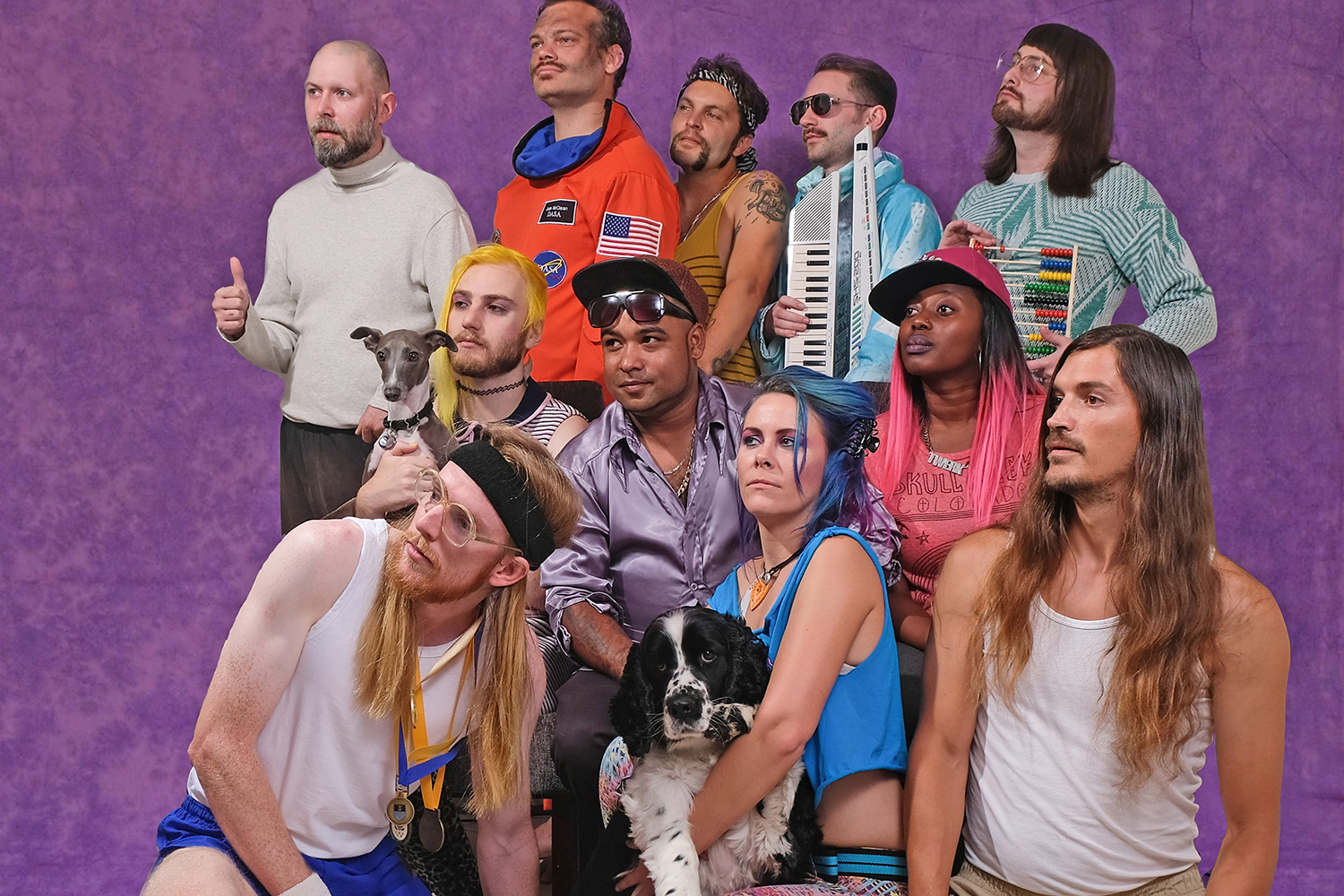 From fun and educational games with diverse characters to more serious projects aimed to highlight social issues plaguing our country, South African video game makers are breaking into the global industry with their nuanced stories. We caught up with eight talented local indie developers designing expressive and experimental video games that reflect their experiences, to hear their thoughts on our expanding industry. 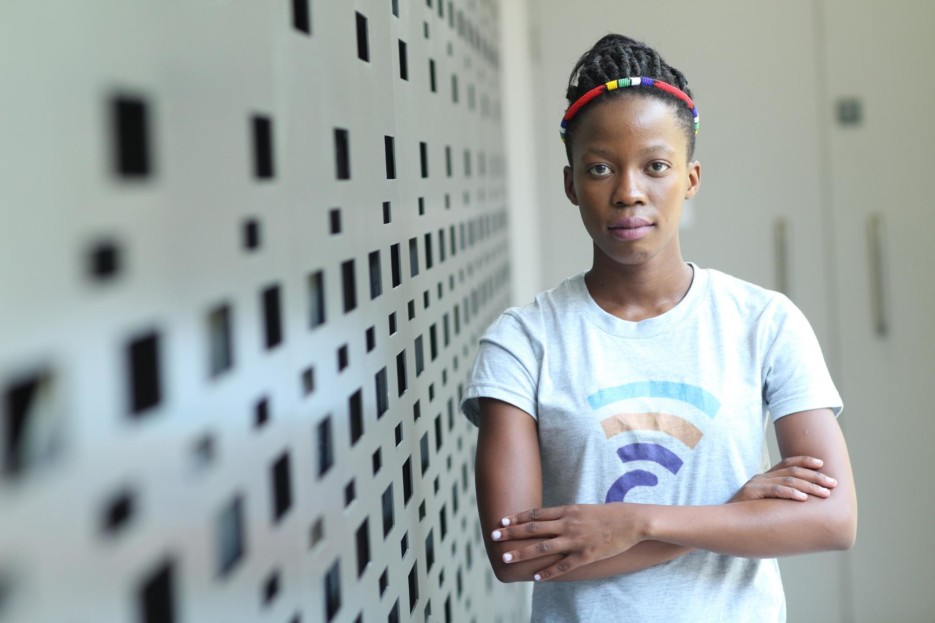 Company: Founder and game designer at Educade and 67games
Location: Johannesburg
What functions do video games serve? Games provide a safe space for failure. If your avatar dies you get another chance at life. It’s a good message to motivate learning in young people — that it is fine to make mistakes. Games provide a space to be able to rectify your errors. Games are also fun to play. You don’t struggle to get the attention of the player. You can use that time to push important educational skills throughout the interaction. Games are more interactive then a book — you can engage with your content. With the many platforms available nowadays it is easy for people to access content through the mediums that they already use.

We have built games that are centred around many lived experiences of South African children. In our games you will find characters like black girls with their natural hair, you will pass the beauties of South Africa like Table Mountain, you will ride cars in the village, pass across cows and stuff like that. Representation is important, thus we make sure that our graphics and art speak to it. — Regina 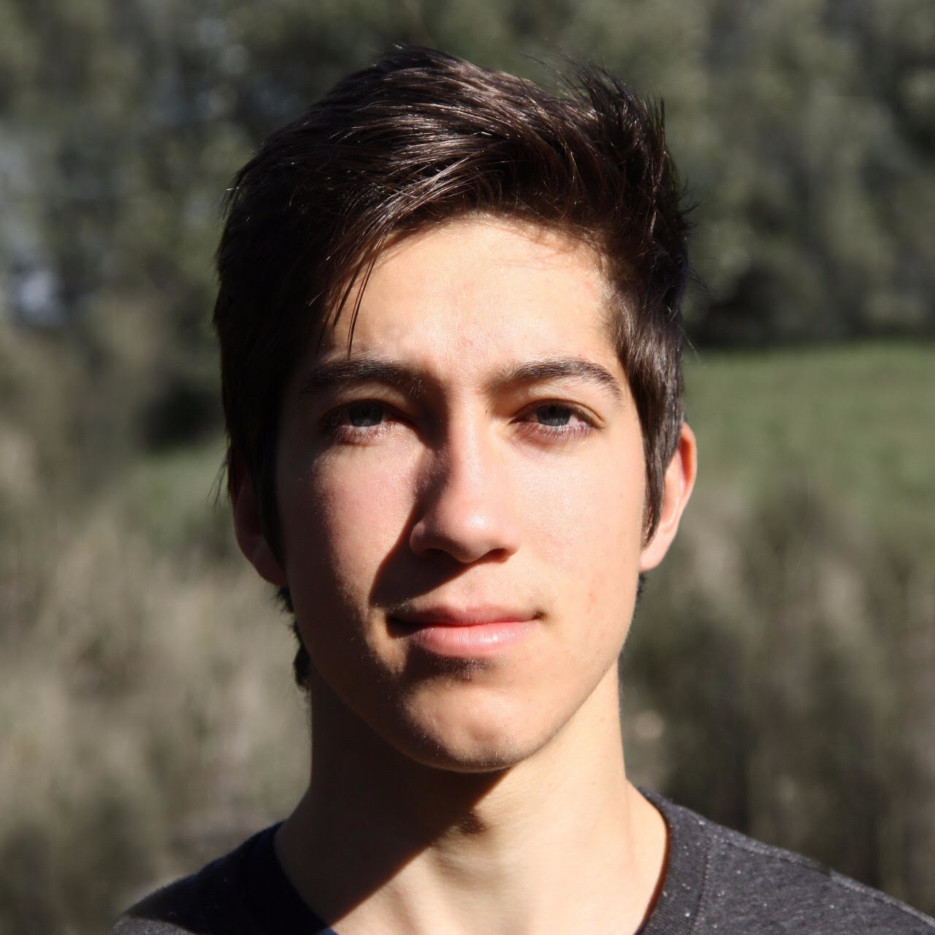 Age: 17
Location: Cape Town
Top tools: Game developing platform Unity3D Engine, Photoshop and JavaScript for coding languages
Favourite platform to design for: Windows
Games made by Emile: Light Bringer, an open-world action game that deals with the social issues that plague South Africa.
Can you tell us more about Light Bringer? It’s concept and setting are based on South Africa and its social issues. Light Bringer deals with the economic and political imbalances in our society in a way that is relatable and not degrading of image. I use the things around me to bring my games to life: houses, people and vegetation are all based on my surroundings.
What’s been your career highlight so far? While developing Light Bringer, I completed a smaller project just to showcase what I can do as a young game dev. This project is called Swarm. It’s a sci-fi first person shooter and is entirely free to play. So my career highlight was seeing my friends play it on the school computers during lunch break. — Emile

Studio: Co-founder of Cowabunga Industries and Team Lazerbeam.
Location: Cape Town
Top tools: Unity3D Engine, Photoshop and Adobe After Effect
Tell me about some of the gaming trends in SA that you are excited for? Humour, biting sarcasm and satire are common threads running through different South African games. Looking at disparate success stories like Desktop Dungeons, Broforce and Genital Jousting I think this is true. I look forward to more snarky, funny South African games in the future.
What do you think are the greatest challenges that face an indie developer in SA? Access to the internet is overpriced and under-delivered. Hardware to build or test games on incredibly expensive. The sad reality is that, while a small privileged percentage of South Africans can afford to pay their way around these obstacles, for the average South African simply getting by is a constant battle. This also means that our best and brightest young developers can’t even get a start in the industry. We have more and more people making games, but I don’t know of a single local publisher, or even a South African PR guru that helps devs get their work out to wider audiences. This kind of thing is a vital part of the business of games, but individuals and studios need to do everything themselves, or turn to specialists outside of South Africa. In too many ways South Africa can be a very regressive, normative, oppressive country and as a result, many people are held back. The idea that average people can even make games is a totally foreign concept to most. For those that do start making games, the conservative South African mindset often limits the creativity seen in their games.

I think soul is what really sets a great game apart from the many good games out there. All too often particularly in the mainstream where games are worked on by hundreds of people over the course of years, whatever soul a game had to begin with gets lost in the process of trying to make a game that will run smoothly and make lots of money. — Ben 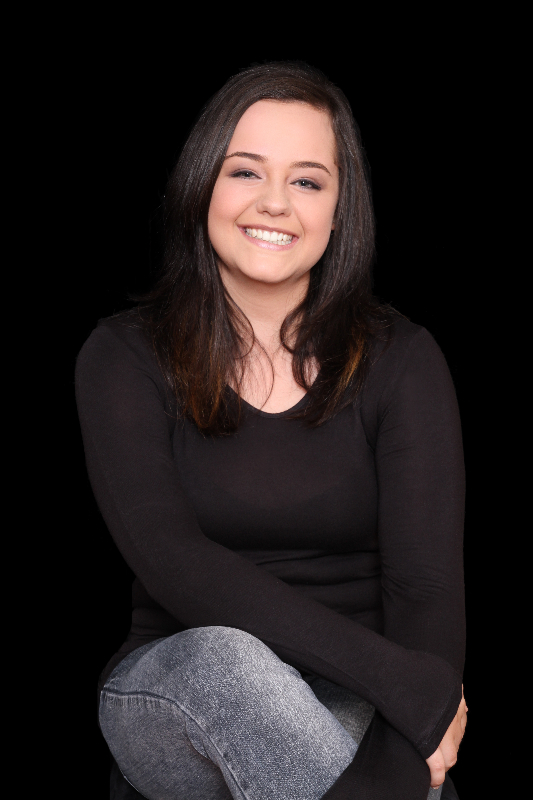 Age: 23
Location: Johannesburg
Top tools: Unity3D Engine, game creation system GameMaker and Twine, an open-source tool for telling interactive, nonlinear stories.
What are some of your career highlights? At the end of 2016, myself and two of my peers created a game called Helping Hand at Make Games South Africa, a 72-hour game jam. It is a simulation game based on the theme of expression. It asks the player to communicate to characters by using only their left hand. As the player interacts with the characters, they move through a narrative which has multiple branches, which lead to multiple endings.
What was the response to creating Helping Hand? We put the game on indie game platform Itch.io and received a lot of positive feedback. JackSepticEye, a famous person on YouTube channel LetsPlay, played our game and had a lot of nice things to say about it. We’re sitting on about 43 000 downloads of the demo now, which is so exciting. We are currently expanding on the game and hope to release it at the end of this year!

Title: Game developer and co-founder at Nyamakop
Location: Johannesburg by way of Nairobi
Top tool: Unity 3D Engine
Career highlights: Winning the inaugural award in 2015 at games festival A MAZE/ Johannesburg for top down boxing game, Boxer
Who or what inspires you? Meeting artists from different cultures and backgrounds inspires me. I was recently in Israel to participate in a performative game jam. That was so cool! That inspires me, knowing that the better I get the more interesting things I’ll get to experience. South African rap and kasi culture is something I want to use in a game soon. It’s such a rich and dense culture with so many cool game mechanics. 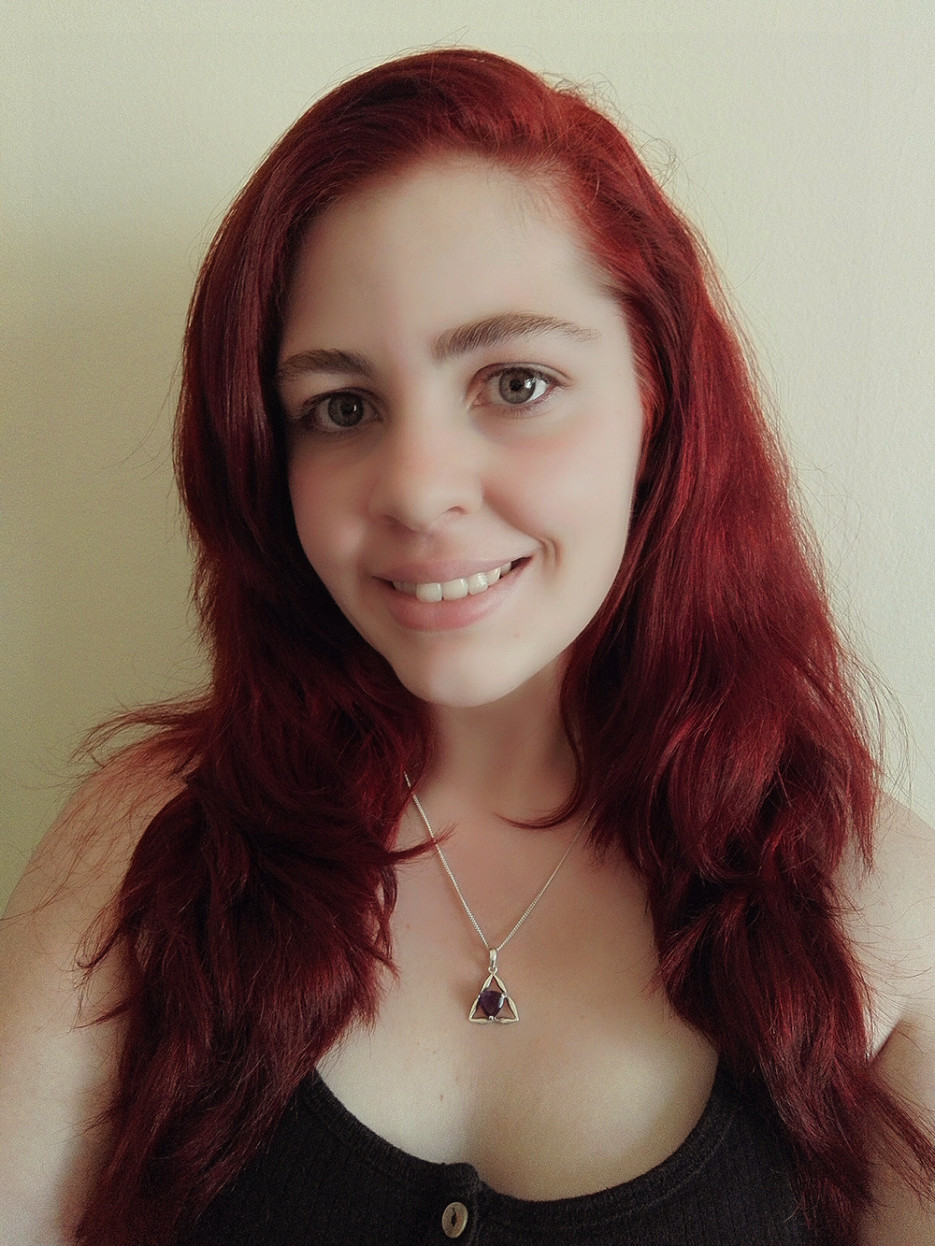 Age: 22
Location: Johannesburg
Top tools: Unity 3D Engine, animation software Maya, digital sculpting program 3D-Coat and Photoshop
Can you tell us about what you’re currently working on? My current project Asha forms a part of my Master’s degree in Game Design at Wits, and focuses on the South African target market, specifically those who are living with HIV. Asha is a game that has so much potential for change and can add to the sparse South African-based content games lack. It’s still a developing prototype but I have great hope for this game and I think it can make a big difference in people’s lives.
What gaming trends in South Africa are excited about? Game designers taking advantage of the mobile platform and using it to start getting their ideas out there more; to a platform that is widely accessible and available at any time. I have also found myself following this trend, with my new project being the instigator as the joy of digital games can also reach the disadvantaged without them having to pay for an expensive console or computer. — Dominique 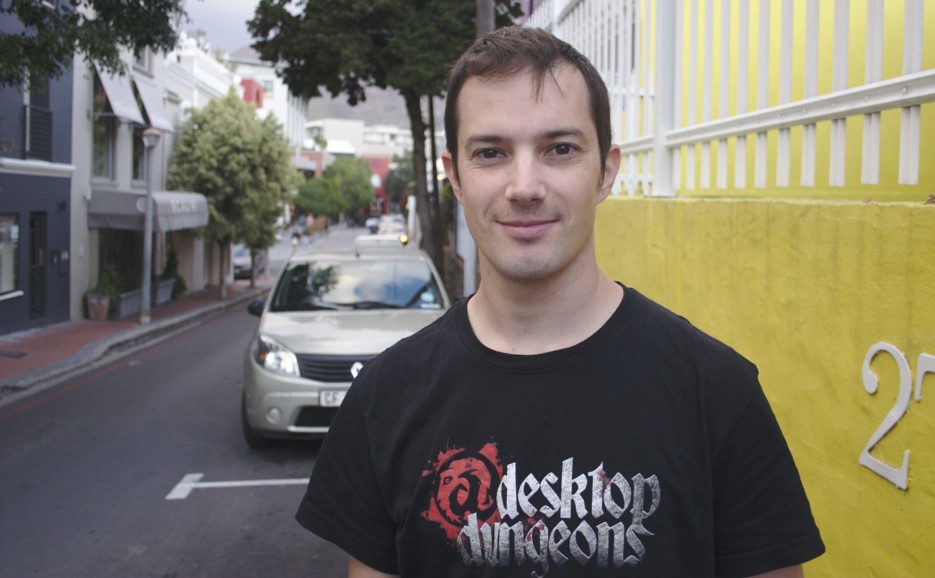 Title: Founder at QCF Design
Location: Cape Town
Accolades: IGF Award for Excellence in Design in San Francisco for the prototype of Desktop Dungeons, the first South African game to be nominated
Top tools: Unity 3D Engine
What’s the best thing about gaming culture in South Africa? I think we’re lucky to not have the overbearing AAA games industry budgets and companies dictating our development scene, so our industry feels very different to those in the US or Europe. And we’re a way more “indie-feeling” place and that sort of supportive energy can do a lot to get you through the darkest parts of game development.

Studio/ title: Producer at Free Lives
Location: Cape Town
Games made by Free Lives: Play GORN, Genital Jousting and Broforce
What’s been your career highlight so far? Explaining what ‘Genital Jousting’ is to my boyfriend’s parents. Kidding. Wow, I’ve had so many incredible moments with Free Lives. To name a few, Lionsgate Films calling us out of the blue! Not to sue us for copyright infringement, but to ask us to do an Expendables spin off of Broforce [game] for the launch of action film Expendables 3.
What’s the best thing about gaming culture in South Africa? The indie game dev community in South Africa is interactive. We have Make Games South Africa (MGSA), which hosts monthly meet ups in Cape Town and Johannesburg, and lots of well attended game jams. People in game development here are generally really friendly, helpful and encouraging to each other. We have an active forum where anyone can discuss ideas and ask for critical feedback.