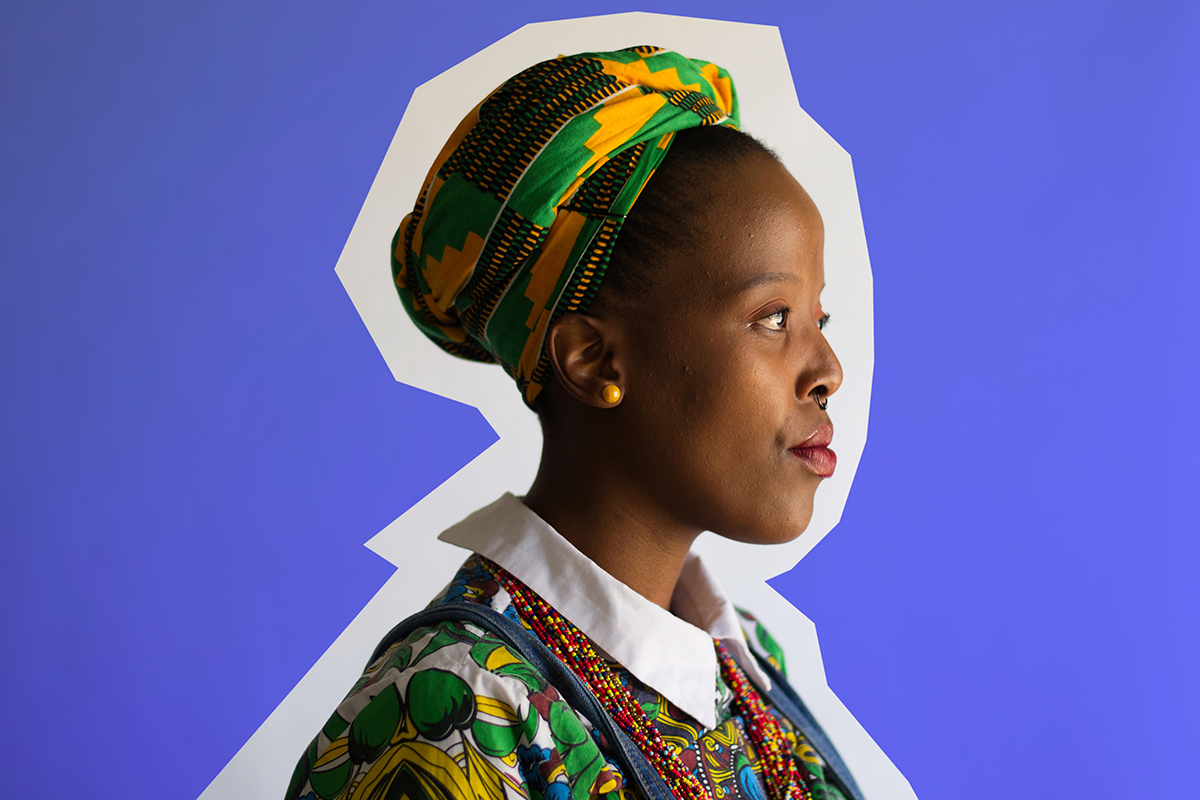 29 Aug Creative Womxn 2017 | Poet Mandi Vundla: ‘I’m deeply connected to the struggles of the women I come from’

Posted at 12:03h in Poetry, Writing by Nikki Zakkas
0 Likes

Sometimes the words come to Mandi Vundla from an everyday image or experience. “Images are the best prompts for me. I use the words to connect the imagery to the emotion,” says the poet.

“I​n my poem #TAGLINES, I saw a billboard for Pink Ribbons, a campaign for breast cancer awareness. I thought about what would happen when the billboard got taken down, the campaign would stop speaking. I imagined pink ribbons falling to their knees to make way for the next advertisement,” she describes.

We must preserve our women
beyond ‘PR’ against violence.
Taglines keep us alive for a month.
When campaigns start to run out of breath
billboards come down
pink ribbons fall to their knees
safety pins grow teeth.
​I pray to God for ad-space, to keep my children safe
but it will be heritage month by then
the #tag would have changed​ — #TAGLINES

Mandi began composing poems in her teens. It became her relief and her obsession; work that energises and engrosses her. “I started writing in high school, it was nothing serious at first, just a few rhymes here and there. And before I knew it, I had work that I wanted to share at my disposal.”

Today the Soweto-born artist is a slam poetry champion and writer with a powerful stage presence and a vibrant way with words. Her work is profoundly honest, often addressing issues of race, misrepresentation and womanhood. One of 10and5’s Creative Womxn for 2017, we catch up with Mandi. 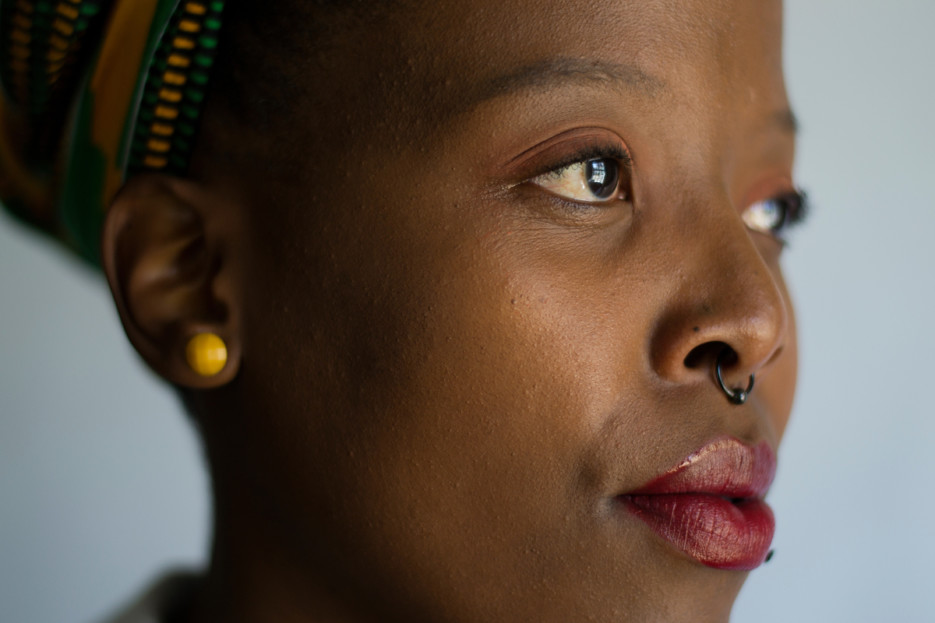 Do your consider yourself a feminist? What does the term mean to you?
I am my grandmother’s feminist. I am deeply connected to the struggles of the women I come from and how they are a product of half-lived lives because of the brutality that is patriarchy, culture, society and religion. There’s a code of conduct that women are expected to abide by that wasn’t even created by us. My feminism is ​​black and and it comes from the township. It has always been there, watching my mother shrink herself to create enough room for my father’s authority. I just didn’t know how to articulate it. My feminism rejects ideologies that oppress me because I am a woman.

What are the things that are important to you?
Self-love, self-preservation, money, coffee, healing and my ​little ​tin of Vicks. Poetry of course. Growth and progression.

Poetry has long been a medium of artistic feminist expression. Could you describe the significance that gender and its related politics play in your writings?
My poems address gender-based violence and how women’s sexuality are used against them to defend violence. What women choose to wear and their sexual orientation take center stage and the fact that we are violated gets gone with the wind. I have never been raped but I still write about the issue and imagine the women who were brutally murdered like teenager Anene Booysens and Noxolo Nogwaza in​ my poem Rape Capital of the Womb.

Could you share you favourite poem with us?
Crystal Valentine’s Evaluating Black Privilege will always have my heart. She places the word “black” next to privilege, which is a complete paradox and throughout the poem she gives examples of what black privilege looks like.

Black Privilege is the hung elephant swinging in the room
Is the memory of a slave ship, preying for the Alzheimer’s to kick in

Black Privilege is the applause at the end of this poem
Is me giving you a dead boy’s body and you giving me a ten
Is me being okay with that.

What have been your biggest challenges and what has been the highlight of your career so far?
The highlights: Traveling around the world is always a treat. I traveled from Nigeria for the Lagos International Poetry Festival, to Zimbabwe for the Harare International Festival to Italy for the Venice Biennale and then to the US for the Brave New Voices Youth International Poetry Festival in San Francisco.
The biggest challenge: Sustainability. Ensuring that this art is financially viable at all times can be tricky.

You are the co-editor of Home is Where The Mic Is, a collection of contemporary youth poetry. How did you find the project?
It landed on my lap, literally. Allan Kolski Horwitz, who runs Botsotso Publishers, asked for my assistance with putting together a poetry anthology of performance poets who are active in the poetry scene. I put the list together and next thing I know I’m sending emails to the poets and Allan says: ‘You should write co-editor when you send the emails.’ And the rest is you know… history.

Read more about our Creative Womxn of 2017.

creative womxn 2017, Home is Where The Mic Is, Spoken Word Poetry, The Next Generation Speaks project, Word N Sound