Posted at 15:23h in Experiential, Food and Beverages by Gabriella Pinto
0 Likes

”Home-tainment” — the notion that people are spending more time at home, looking for cheaper ways to entertain — the boom in the craft-beer market, a rise of artisanal gin distilleries in South Africa and the general increase in conscious consumerism has transformed the alcohol industry. According to Fortune Magazine, the next big drinking thing is pink-coloured liquor; not a surprise considering the popularity of millennial pink. Some of this forms part of manufacturing trends but others are a larger reflection of drinking culture across the globe, influenced by a number of factors including local ingredients, buying power, access to information and local tradition, to name a few.

With that said, we’ve spotlighted seven clubs exploring alternatives ways to engage in wine, whisky, beer and gin culture that attempt to disrupt often elitist associations to wine and whisky drinking and educate drinkers about their alcohol of choice. 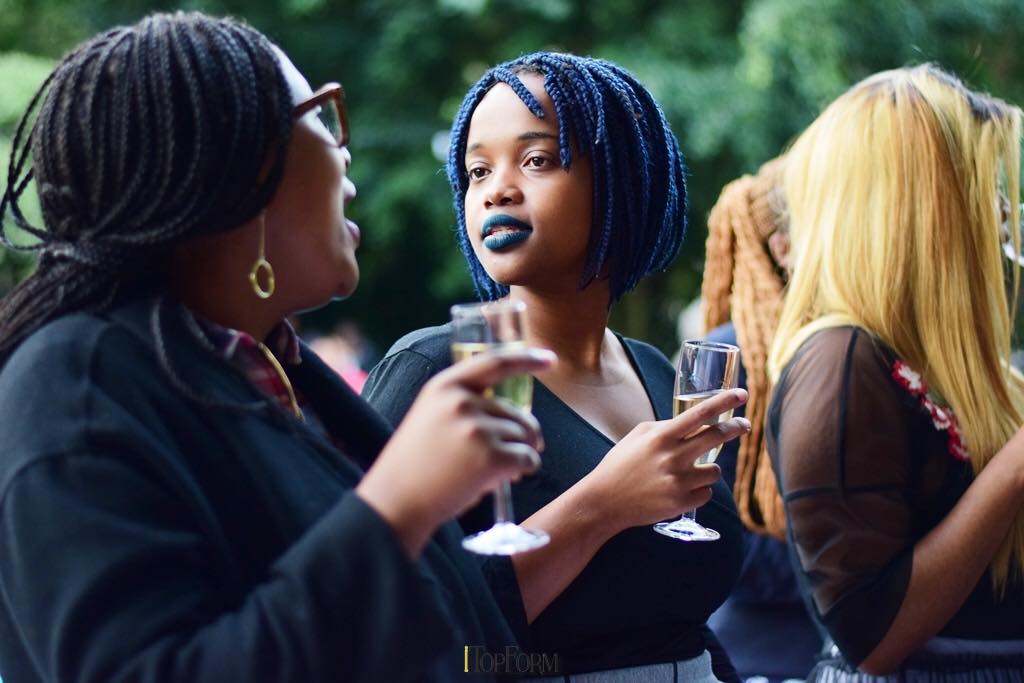 iTopForm Wine Club is a matchmaker between wine drinkers and local wine producers. Started in 2016 as a subsidiary of iTopForm, a business lifestyle consultancy agency, this social wine network is for those who share a common interest in the love and lifestyle of wine.

”[We sell wines] via direct orders placed by the wine club members, who register into the club during iTopForm’s many lifestyle experiences and events that are hosted on a regular basis … Members don’t need to join different clubs from different wine farms to have their favourite wines at their disposal, [we] become their one-stop-shop where they can find all their favourite wines’,’ says the club. Follow iTopForm. 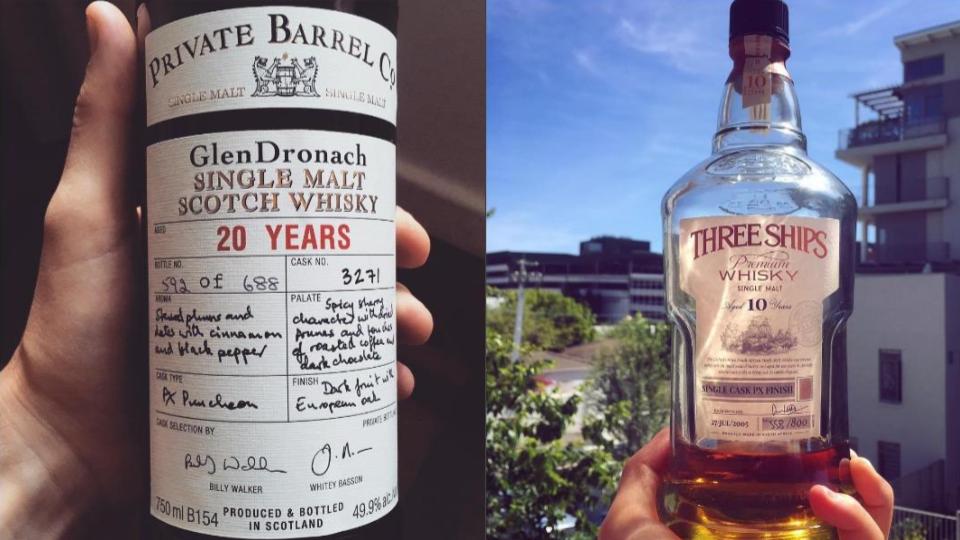 Anyone can join the Cape Whisky Club, whether they’re new to whisky drinking or connoisseurs. ”We welcome whisky lovers of all [legal drinking] ages and levels of experience, from Scotch newbies to diehard malt-snobs. We host public tastings and a monthly whisky get-together – a regular, informal meet-up where whisky fans can socialise and of course try new bottles and samples based around a monthly theme,” says the club. Follow Cape Whisky Club. 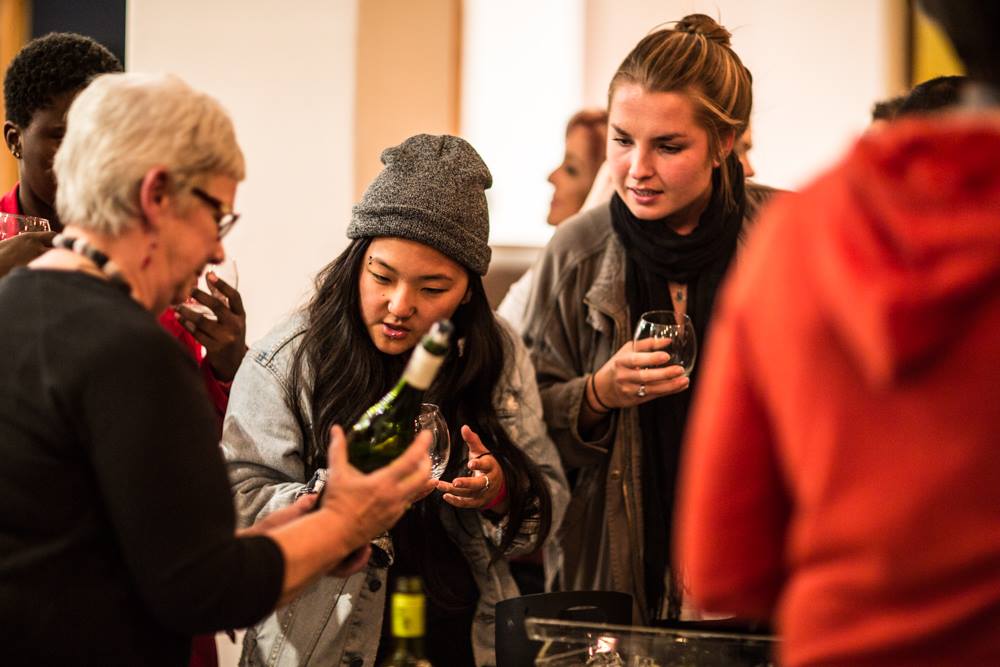 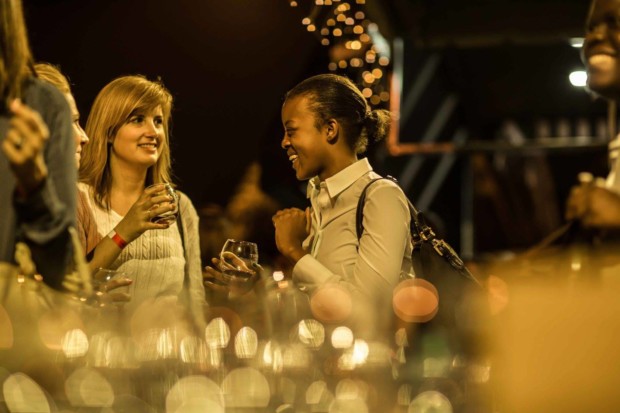 Since 2015, Tuning the Vine has been disrupting wine tasting traditions — usually associated with weekend drives to the countryside — by collaborating with businesses and wine producers to map out an urban tasting route. Every second Wednesday of every month in Cape Town they organise the #InnerCityWineRoute and on the second Wednesday of every month, they host the #JoziWineRoute in Parkhurst.

”The format is completely different, giving producers the opportunity to showcase wines in a fun, informal, urban context. It takes a product and carefully curates it into an integrated experience that gives winemakers a platform to engage with new audiences, whose curiosity and individuality we initially targeted. Producers also get to form new relationships with venues,” says Shereen. Follow Tuning the Vine. 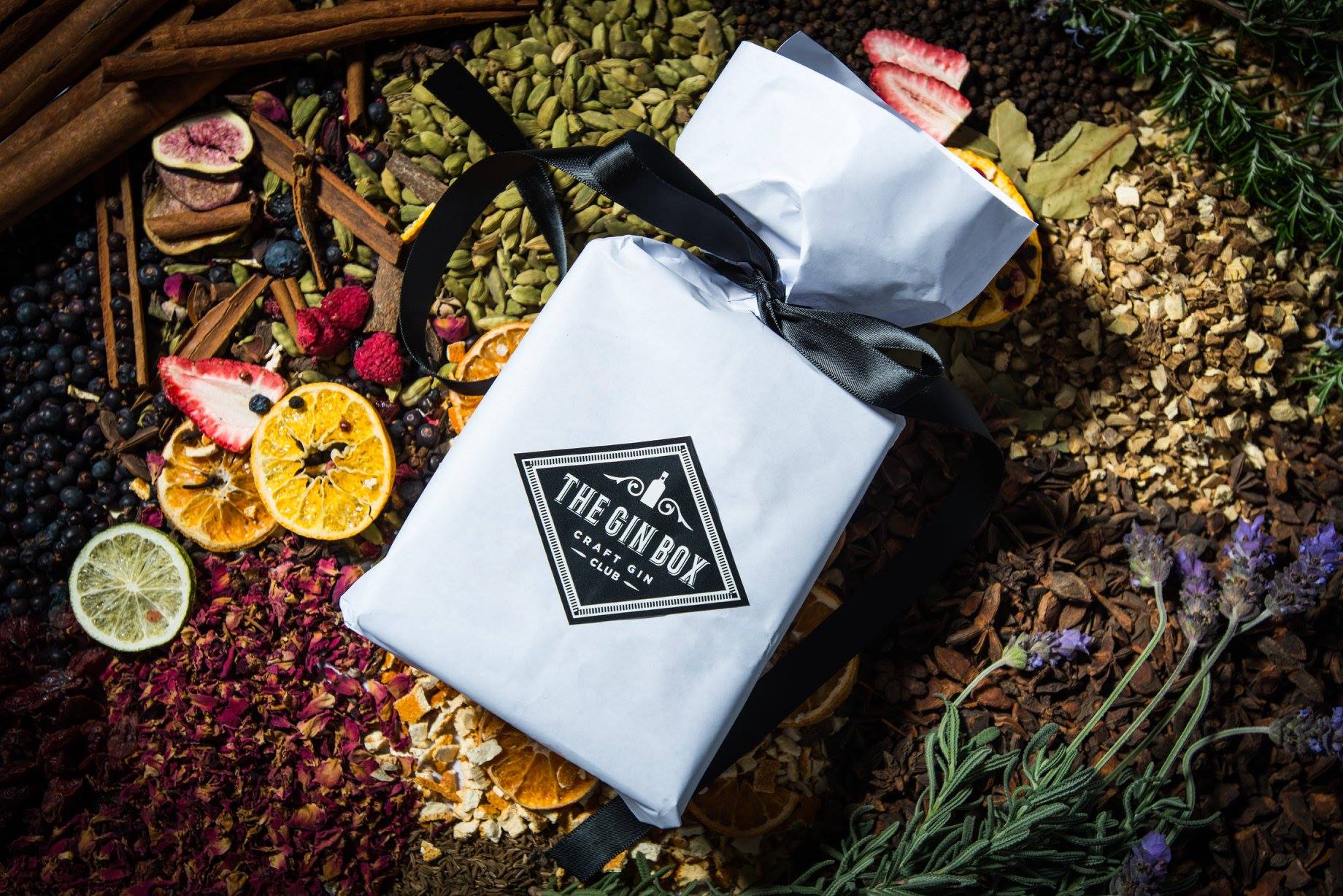 Launched this year, The Gin Box is South Africa’s first craft gin club that lets people enjoy bespoke gin with friends in the comfort of their homes. Orders can be made on a monthly, bi-monthly, quarterly or ad hoc basis. Each delivery comes with a batch of gin, special tonics and gourmet snacks to compliment the tasting experience.

”Gin has long been enjoyed in South Africa and for decades, we have been drinking many imported British gins because, up until recently, we had never really ‘South Africanised’ it. In addition, it had always been drunk with a simple tonic but it could be adapted and made more original by adding hints of flavour, garnishes like pomegranates or rosemary, through to even changing the colour of the gin. In the same way that whisky experienced its own period of popularity, which will always endure, and craft breweries exploded onto the scene, gin has rapidly emerged as the new star player of the drinks cabinet and bar scene,” says Jean. Follow The Gin Box. 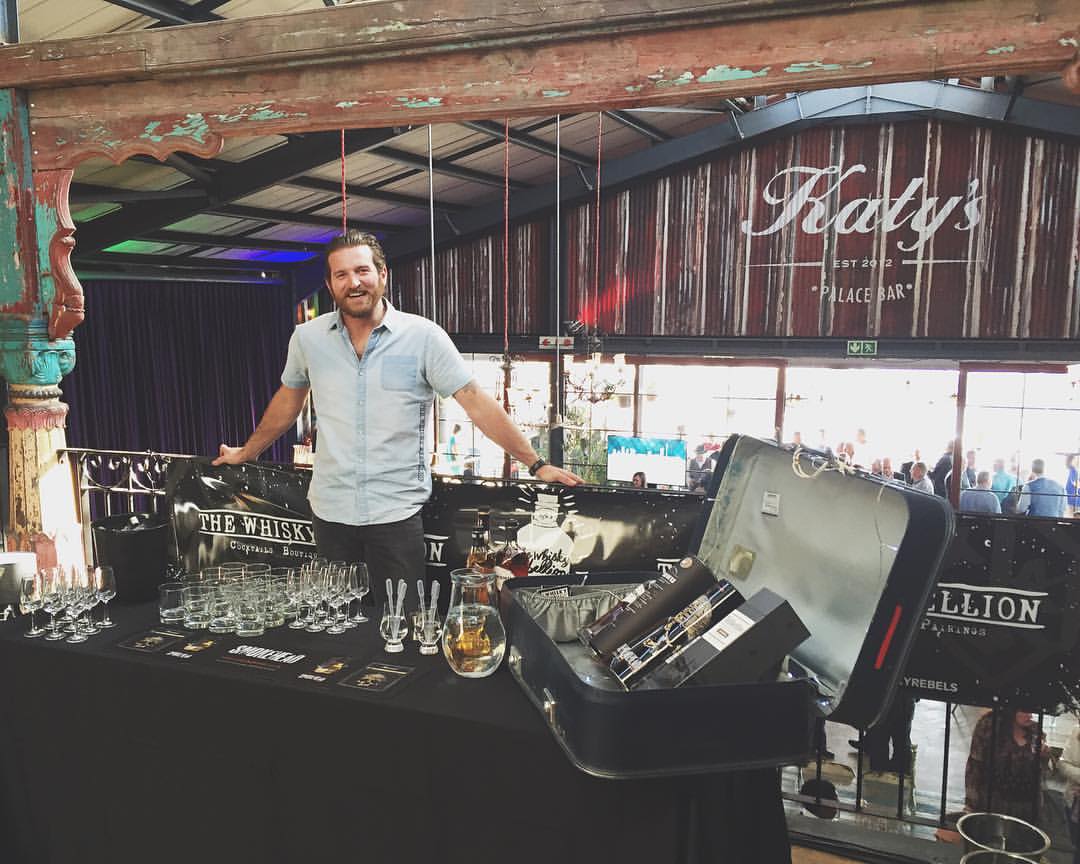 Whisky Rebels is an event-based company covering corporate occasions, public events and private home parties. During their themed events, they teach drinkers of this liquor about the science and psychology of whisky.

”The Whisky Rebellion stands for freedom, from the first sip to the last. We dismantle the rules, challenge tradition, enlighten minds and release the elitism of the whisky world through bespoke tasting experiences that will change the way you drink it. The Whisky Rebellion. A liberation of fine spirits” reads their manifesto. Follow Whisky Rebels. 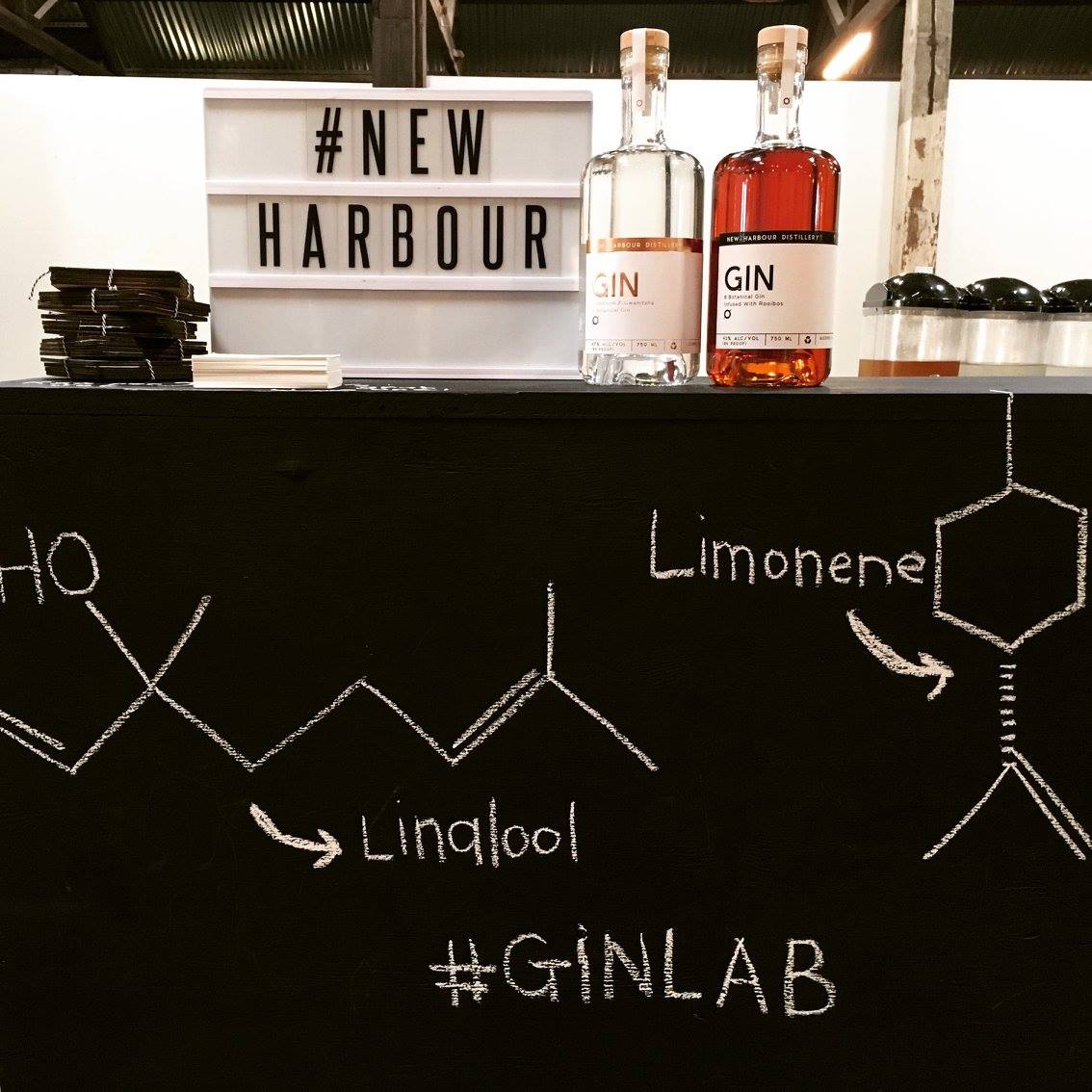 On the last Saturday of every month, master distiller Nic Janeke at New Harbour Distillery teaches gin lovers the art of craft distillation in a hands on gin-making masterclass. Participants learn the basic process of a bespoke home setup including; the history of different types of gin, fermentation, distillation and flavour enhancement techniques. Each participant finishes the course with their own botanical distillation blend made from scratch. Follow New Harbour Distillery.

The Beer Merchant’s College of Beer, established in 2013, offers an introductory course perfect for friends, peers and work colleagues to learn about beer styles, food pairings, breweries, tasting and making.

”You don’t have to have any knowledge about beer but we guarantee you will definitely leave with some. You may also leave feeling quite merry. We can tailor-make the College of Beer to suit your event or just do a tasting for a few friends,” says the company. Follow The Beer Merchant.

Cover image from The Gin Box