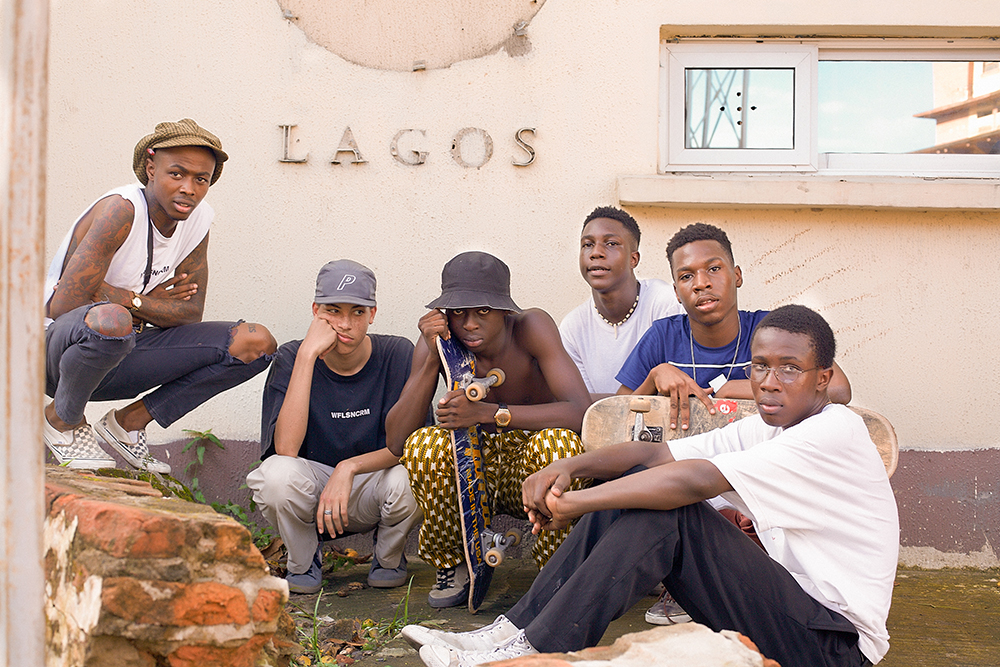 20 Sep Meet the crews sparking a skate revolution across Africa

Since the advent of the skateboard in the ’40s, cliques have been cruising the streets of their cities. Across Africa, this tradition is no different. Contemporary skate squads such as Waffles n Cream, Soweto Skate Society, Skate Nation, Ethiopia Skate, 20sk8 and VÉ.G, to name a few, are showcasing that skate culture exists and is alive and well. However, according to these crews, skating bans, defensive architecture and limited access to gear are a few of the hurdles in the way of its development.

To engage the complexities and celebrate the culture, we round up six skate crews that are part of the thriving skate scene. 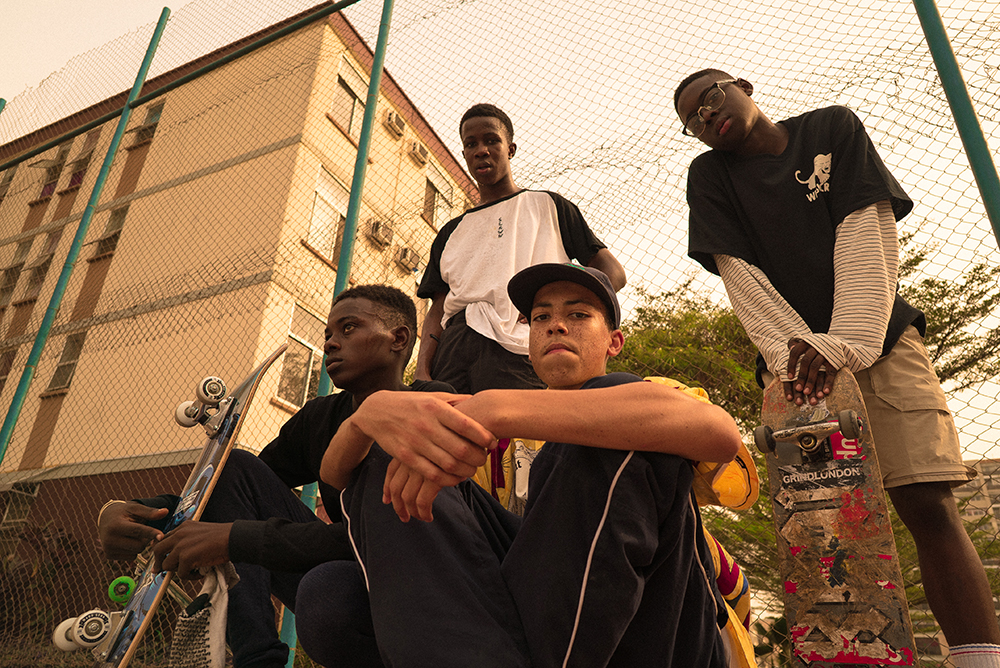 What? Waffles n Cream crew double as a lifestyle brand.

“With our crew the whole idea is to synthesize different interests: skateboarding, fashion, art and music,” explains member Baingor Joiner. “We have a passion for creativity in its different forms.” The crew are attracted to the “freedom and meditation of skateboarding”, and the culture that surrounds it. They mention that despite being the most populous city in Africa, the infrastructure and lack of resources in Lagos has made it difficult for skateboarders to practice their skills. “We make do but need skate parks to take the sport to the next level,” explains Baingor. Waffles n Cream are currently taking strides towards fulfilling their vision of building the first skate park and store in Lagos.

Soweto Skate Society or SSS are a crew of dedicated skaters from Soweto. A few of the members play in band TCIYF, which is pioneering a skate punk scene in Soweto. 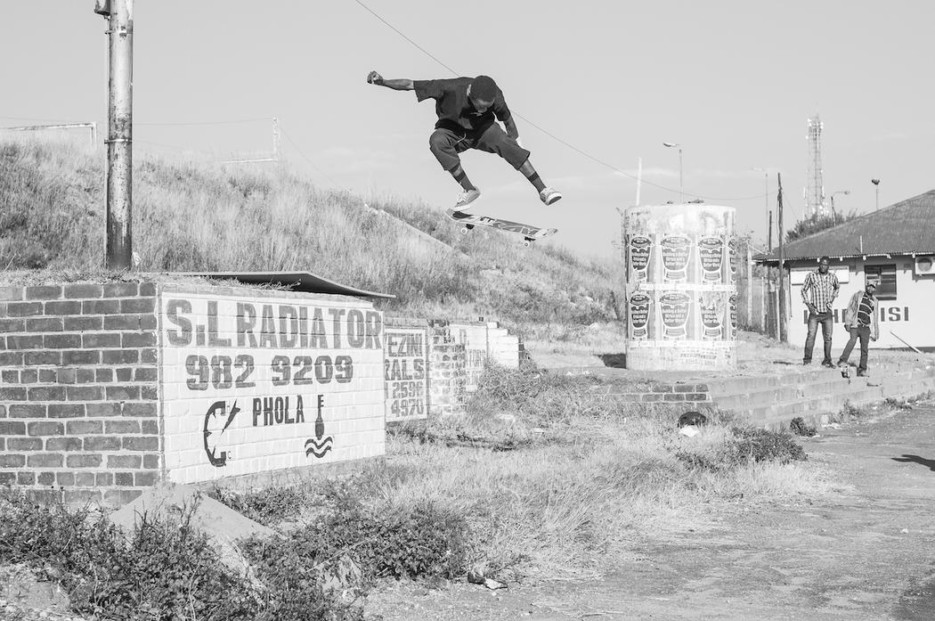 The aim of SSS is to act as an informal support structure within their community, inspiring locals to take part in the sport. Founding member Sam Khumalo describes the crew’s laid-back approach: “Skate culture in Soweto is growing by the day and it’s not going to stop. It’s our way of expressing ourselves. We have one of the biggest scenes in South Africa and we still want to push it. But more importantly, we want to make sure that the kids are happy skateboarding. That is our main ambition. We are not trying to be famous or anything. We are literally just trying to have fun with it.”

Location: Joburg, South Africa
What? VÉ.G Crew came together in 2010 after the closing of Monte Casino Boogaloos skate park in Fourways. 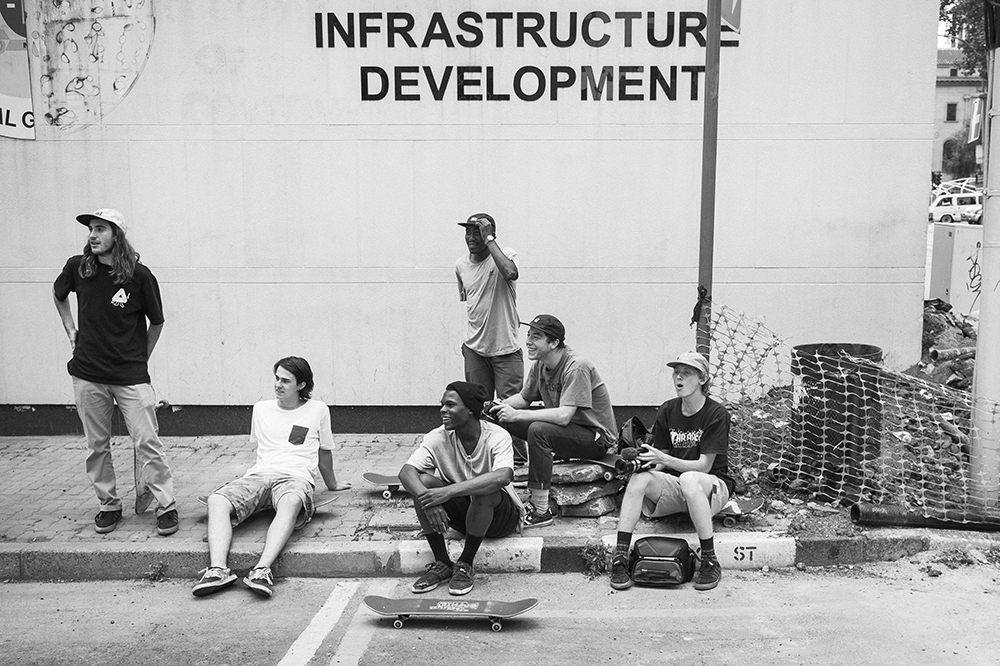 Member Gambino Webb sounds off on the crew’s favorite spots to shred: “The handful of dudes from Monte became a skate crew around Johannesburg,” he says. “We spend most of our time cruising the streets of the city central. Our dojo is the library gardens, which was recently fenced off with no explanation. It’s been an iconic skate spot in Jozi for over 20 years. It’s a good place to make a young buck: sell an old board, pair of shoes, whatever.”

“The skate life in Johannesburg is a hustle. There are practically no skate parks nor shops. Only one in fact is Metja’s Streetskateshop. The crime is another story. You have to be vigilant, keep your eyes open. They usually don’t bother us while we skate, which is good, so at the moment the scene is pushing itself. It’s not like brands or companies are making a difference here. There are some seriously talented skaters in and around the city centre with like no product to work with. Companies need to wake up and support the scene man.” — Gambino 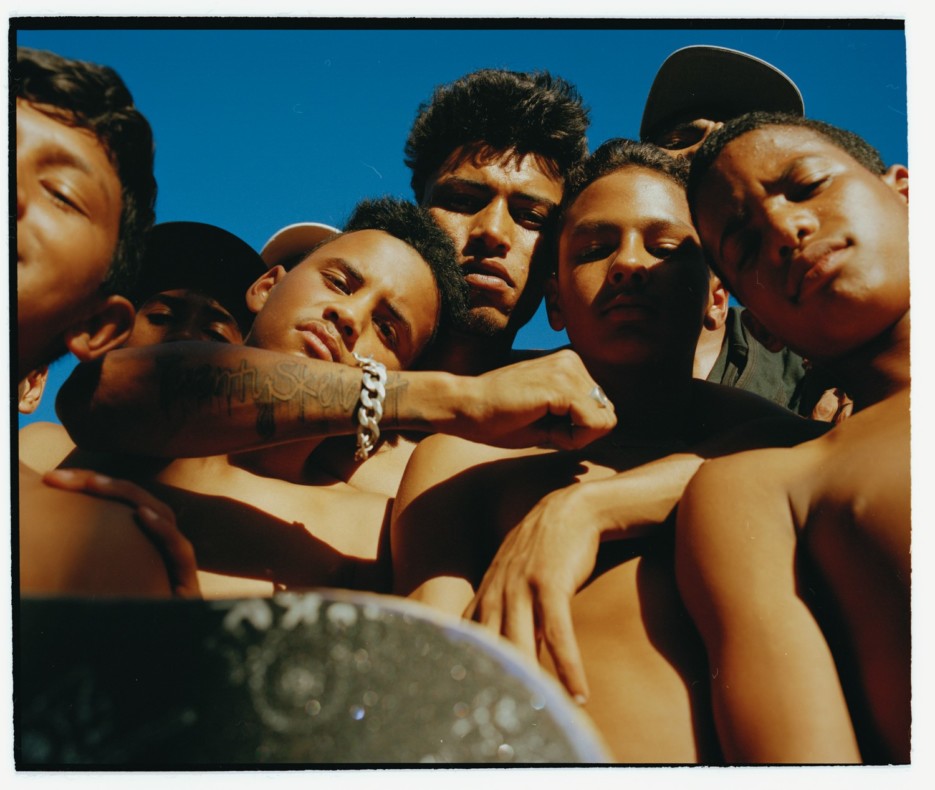 Originating in the Cape Flats, 20sk8 crew, which comprises 30 representatives, is one of the most spoken about skate movements in South Africa. “We each faced similiar challenges in life and wanted to empower one another,” explains crew member Shuaib Philander of how 20sk8 came into existence in 2000. The crew have helped to construct skate parks in their neighbourhood, carving out a communal and safe space for street skaters to be active.

Ethiopia Skate is a grass-roots community of skateboarders formed in 2013. Started in Addis Ababa by California-based videographer Sean Stromsoe and Ethiopia-based skateboarder Abenezer Temesgen, the movement consists of 150 members and is growing. They aim to empower youth and promote access to skateboarding by co-ordinating opportunities to connect foreign and local skaters at skate spots throughout the sprawling capital.

“Our crew is not a big organisation. We have less than 15 members and are losing friends due to a lack of gear. We don’t have our own skate parks and ride on the street where it isn’t safe. Thanks to Ethiopia Skate, we were recently donated four boards to ride on,” says 22-year old Tekleweyne Arefayne, a member of youth skate crew Axum Youth Skaters, based in Axum. 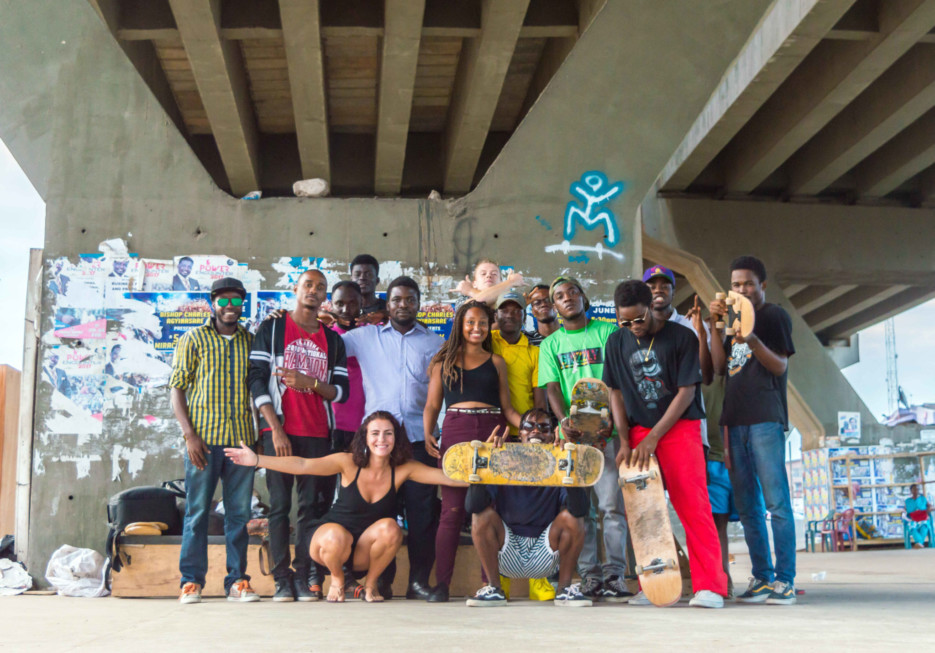 Skate Nation, Ghana’s only skate crew, was founded by Accra-based pro skater and photographer Joshua Tetteh Odamtten. Joshua has been skateboarding for 15 years and in 2007, he began teaching the sport. “I had about four students who grew serious about it. We later started going on trips to other regions to scout more people to train.” He created his Facebook page Skate Nation Gh to continue his search for skaters across the country and has since assembled together a team of over 20 established pros and guys on the come up from Ghana and abroad.

“The skate scene in Accra is big. Kids keep coming in to learn. The numbers are increasing every week. The only problem is not having skate parks where we can practice in order to meet international level. We have to sneak our way into public places. For now we only have two spots where we can skate without worrying about being chased away by security.” — Joshua