20 Sep Quentin Edward Williams: Movement and its limitation within an environment

Posted at 12:03h in Art, exhibition by Louise McCann
0 Likes

The latest solo project of paintings, drawings and installation by Quinten Edward Williams responds to the ambivalence of living in a borderland and is currently on at David Krut Projects. 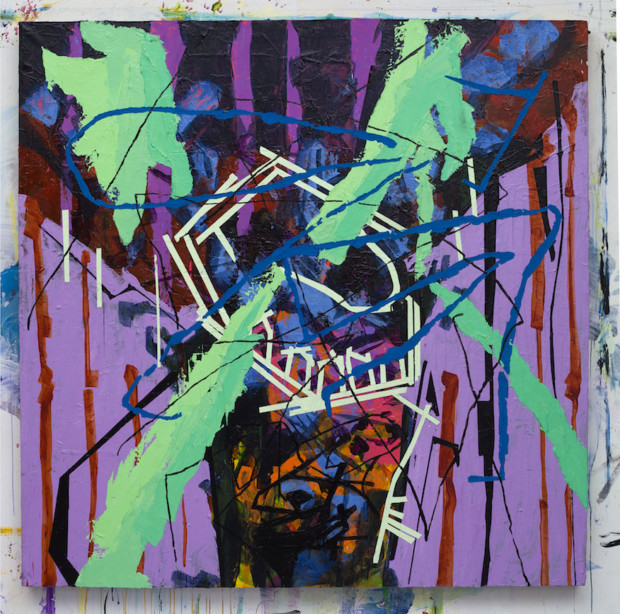 Please tell us about your process?
I find the painting process useful as a way to think about the complex formation of environments, and our place as humans in this emergent relationship. All types of environments form through the emergent interactions of different bodies. They form through relationships of affect. Even though human bodies have an extreme influence on the world around them, environments only sometimes include the actual human body. The human body, however, is always in a relationship to the non-human body, things like plants, animals, rocks and buildings. I am interested in the moments when human and non-human bodies interrupt one another.

Although we try to make sense of our interactions in environments, because we have a limited ability to sense the things of the world our interactions in environments are inherently uncertain. That is an interest which continues to hold my attention. Because I understand painting as a transformative activity in the world, a process in which you mutate forces into particular combinations, painting is a way through which to work with these ideas. The painting process, the materials I use, the compositions that form, and the combinations of paintings I make offer particular ways of sensing aspects of the world. 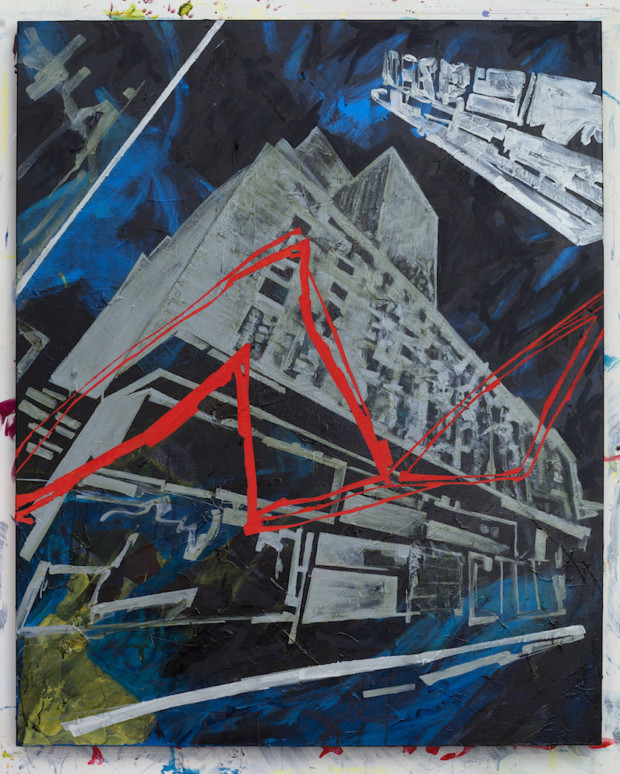 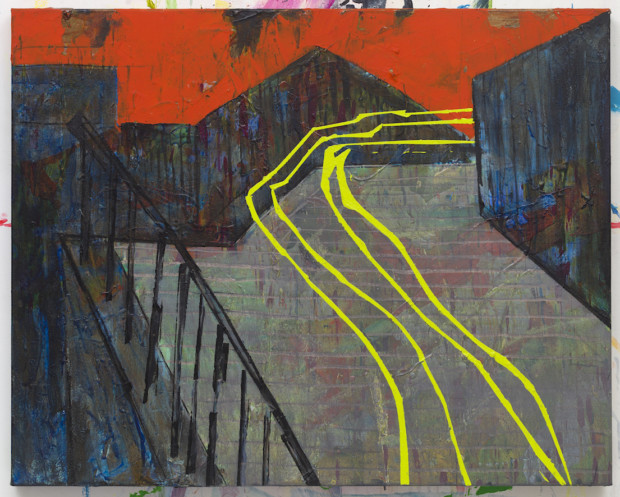 Considering to walk up the staircase

Do you paint and make installations about specific places and interactions?
In the past I used to work in studios that had their windows blocked out. I did not want to see the outside world while I was working. These days my studio is on the third floor of a building and one of the walls has a great, large window. I don’t mind seeing the city. It always reminds me that while I am quite small in a huge city, the city is a shifting combination of many small things. My paintings are created out of various interrelated influences. I sometimes work from photographic references which I take myself, or collect from print or screen based media. Sometimes I use a drawing as a reference. There are moments that I think back to past interactions, or areas I visited or moved through. At other times, some detail in the studio could influence the direction of a painting.

Often I don’t use any specific references other than what I see and am working with on the canvas. I also know that I am influenced by many other experiences: what I read; what I discuss with people, the feelings I have; the music I listen to. The paintings and installations are not really about specific places and interactions. They are part of relationship of affects, and they are influenced by these relationships of affect. A multiplicity of bodies and forces is implicated in what I make. I would rather say that I am interested in aggregates of affect between humans and environments: meetings and movements between human bodies, and non-human bodies. The adjustment of affects through a painting process is a way of thinking through the complicit relationship that an artist has with places and in interactions. 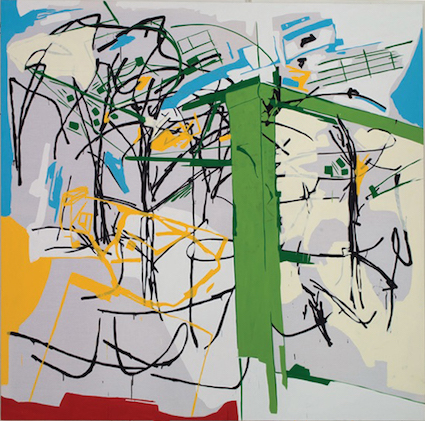 This article was made possible by the Nando’s Art Initiative.