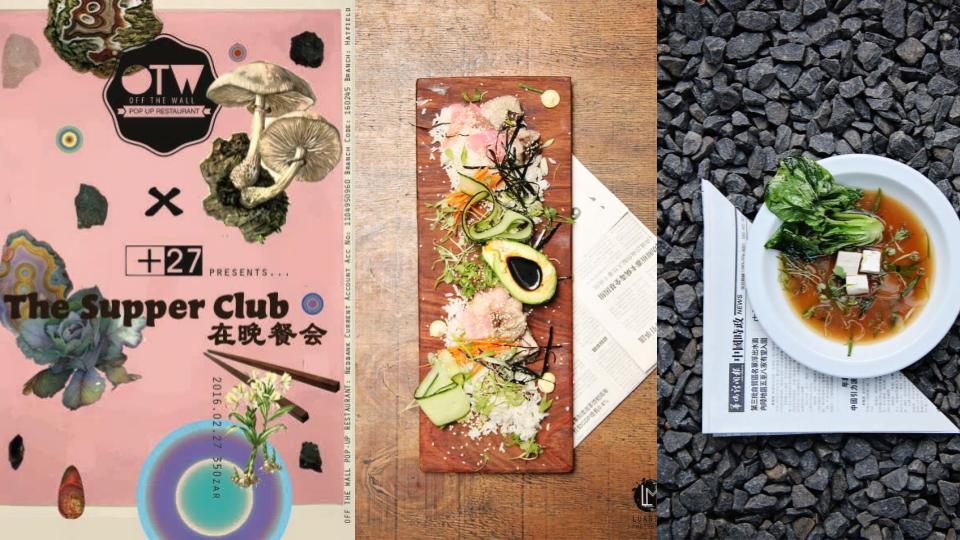 Posted at 13:28h in Events, Food, Food and Beverages by Gabriella Pinto
0 Likes

Pop-up eateries and dinner clubs add another dimension to dining out. Intimate and amorphous, it gives chefs room for experimentation and diners unique and interesting experiences.

From established supper clubs like SecretEATS to new kid on the block Osteria Vincenzo, here are a few alternative dining experiences.

What: Marius met Johnny on the set of Kyknet’s television show, Kokkedoor, where the idea behind Slippery Spoon Kitchen — a bespoke catering company and conceptually pop-up eatery — was born. Since 2014, they’ve been preparing a new menus at a unique locations, such as rooftops and forests, for foodies to feast on.

About Slippery Spoon: ”We most certainly take a more creative approach to food. But we have to be very adaptable when it comes to the style of our food as we service a number of clients all with a different style and taste. But you can always the Slippery Spoon Kitchen touch. We are extremely focused on presentation and the quality of the product that we put forward. We are true believers in wow factor,” says the duo. Follow Slippery Spoon.

What: Started in 2013 to inject creativity into Pretoria’s eatery scene, Off The Wall takes its name from Micheal Jackson’s hit album of the same name. Operating a pop-up is the gateway to having a space but also always greater creative freedom from the challenges that come with moving from venue to venue.

About Off The Wall: ”What makes Off The Wall truly special is that one can always expect something unusual and fresh, be it an exotic menu item they have never tried before, eclectic music from around the world or an outstanding live performance. We also pull out all stops where ingredients are concerned, offering delicious, soulful food made from extraordinary local produce as well as great tasting exotic flavours. We provide a professional service, but have managed to create close relations with our guests, because they are our greatest inspiration of all,” says the duo. Follow Off The Wall. 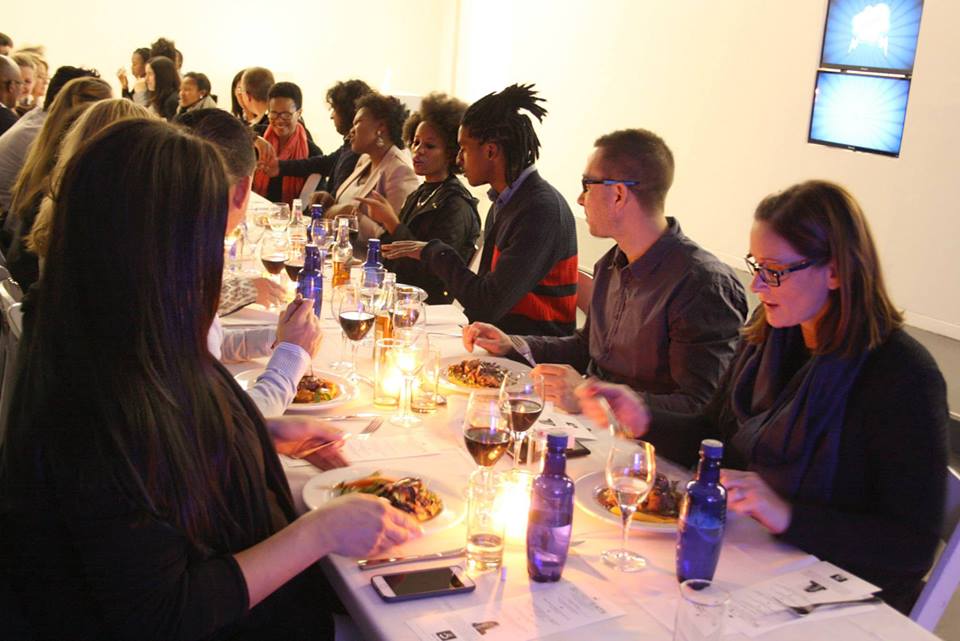 What: Taking inspiration from the underground dining scene in New York, Greg Zeleny first introduced SecretEATS to Cape Town in 2013 and in 2016 expanded the business to international shores, namely Europe and the USA. By invitation, he brings together top chefs, rising culinary stars and fine-dining enthusiasts at unusual places.

About SecretEATS: ”We’ve hosted in private homes, art galleries, abandoned warehouses – inside the Castle of Good Hope – all sorts of places. The only rule is that it’s never a restaurant or somewhere people could just rock up and have dinner. It’s a shared, communal dining experience where you get to meet the person next to you and chat throughout the night,” explains Greg. Follow SecretEATS 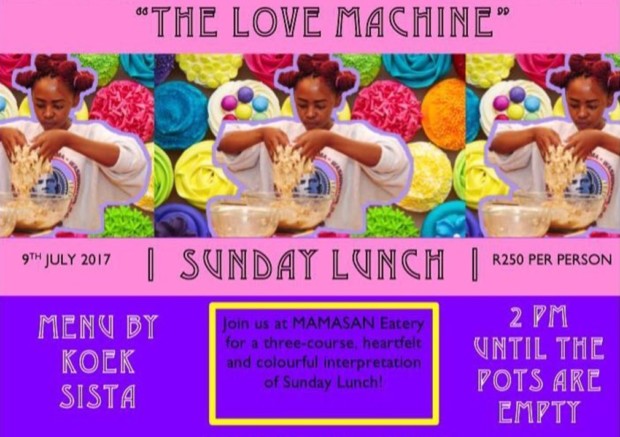 What: Launched in 2016 by husband and wife duo Dawood and Lauren, this eatery is home to quirky and diverse bunch of pop-up events, hosted by various guest chefs. One of the first chefs to create a special menu, was Mpho Masango of P|ump Kitchen and since then the restaurant has seen food dates by the likes of cook and musician Koek Sister and the most recent, a “Cape Malay and Indian Thali Night” by Parusha Naidoo. Follow Mamasan Eatery. 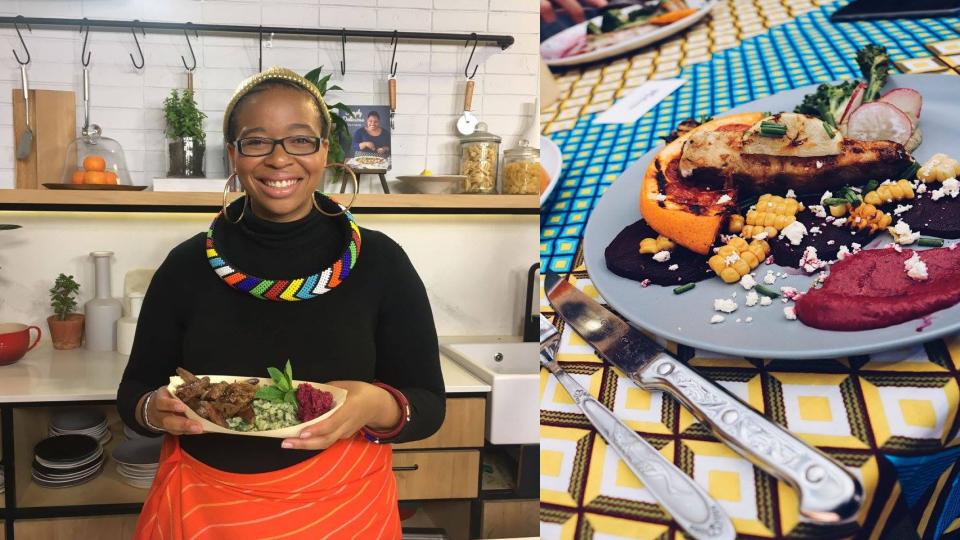 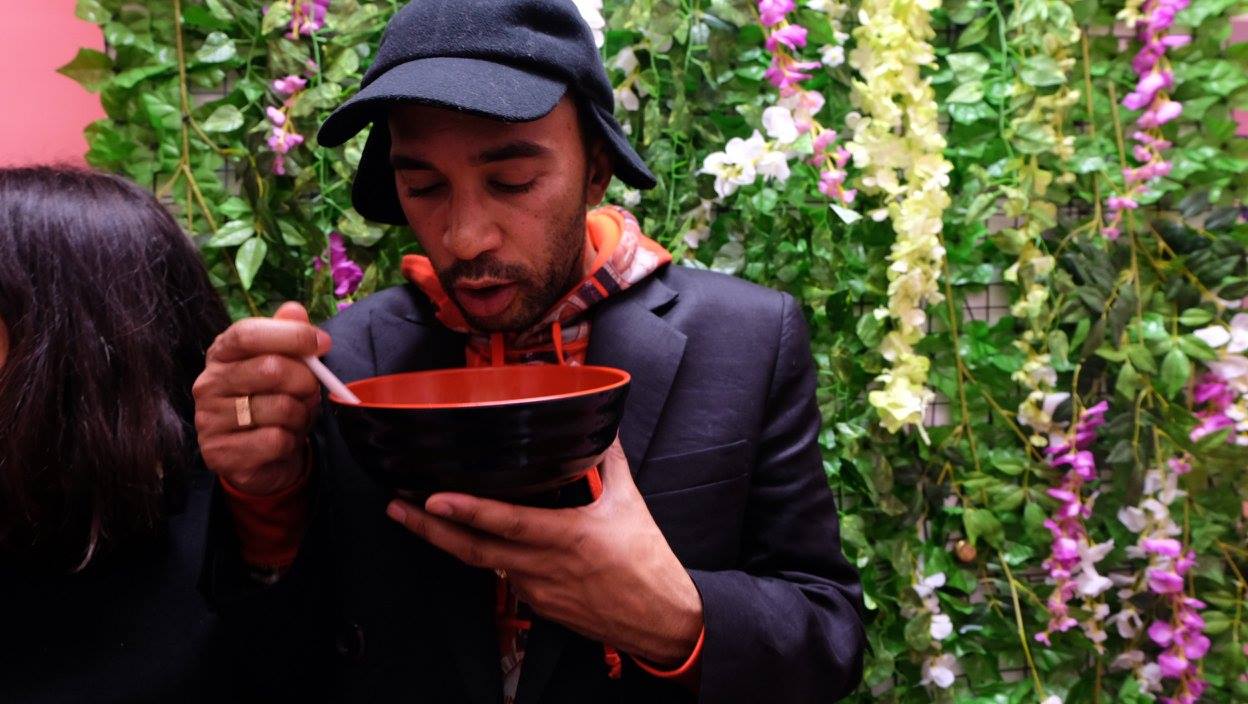 What: Started in April this year by 10and5’s Lee-Ann and Uno de Waal, this pink pop-up supper club named after their dog, Vincent, specialises in Asian Hawker-style food. They’re open their apartment doors twice a week with ”brunch here and there”. The big bonus: Signing-up to become a member doesn’t mean you ever have to host.

About Osteria Vincenzo: ”I love Southeast Asian food because of the complexity of flavour, and probably because I was Asian in a previous lifetime (and in another, I lived in Venice). We took Vince for a walk one evening and saw the space on the ground floor of our building, went inside and it just made sense: one big table in front of the open-plan kitchen, also the bathroom was still a retro pink, so naturally, everything had to become pink. It’s very casual. We do what we love with people we generally like in a space that’s cute,” Lee-Ann tells us. Follow Osteria Vincenzo.