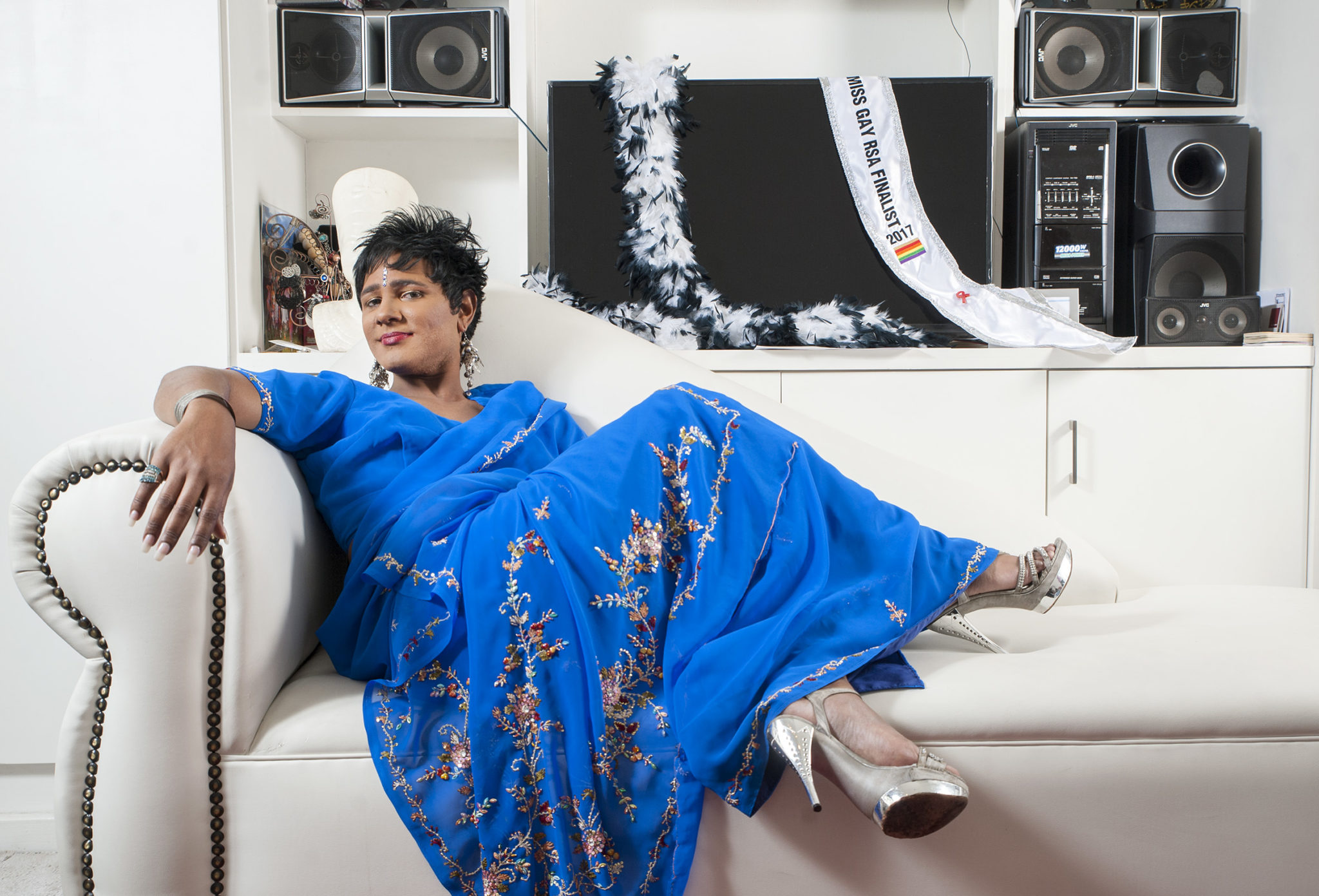 21 Sep Dame Zsa-Zsa Whitney Gabor Houston: ‘If you don’t know who you are, how can you identify?’

Posted at 11:42h in Featured by Stefanie Jason
0 Likes

This month, 10and5 brings you a series of conversations featuring five womxn from across southern Africa, centred on topics such as preserving history, culture, self-expression and more. As Heritage Day approaches on 24 September and evokes further dialogue around culture, this series aims to explore how heritage and tradition is expressed and thought about among a few contemporary womxn in South Africa’s creative community.

Former Miss Black Pride and Miss Gay Queen of Queens, Dame Zsa-Zsa Whitney Gabor Houston’s name came about when she started participating in drag pageants in 2007 and drawing inspiration from her idols Dame Shirley Bassey, Zsa Zsa Gabor and Whitney Houston. Currently one of the top finalists for Miss Gay RSA 2017, Zsa-Zsa is also an organiser of Miss Gay Jozi, an educator and an HIV and Aids counsellor. She invited us into her Joburg home to talk saris, mixed lineage and finding herself. 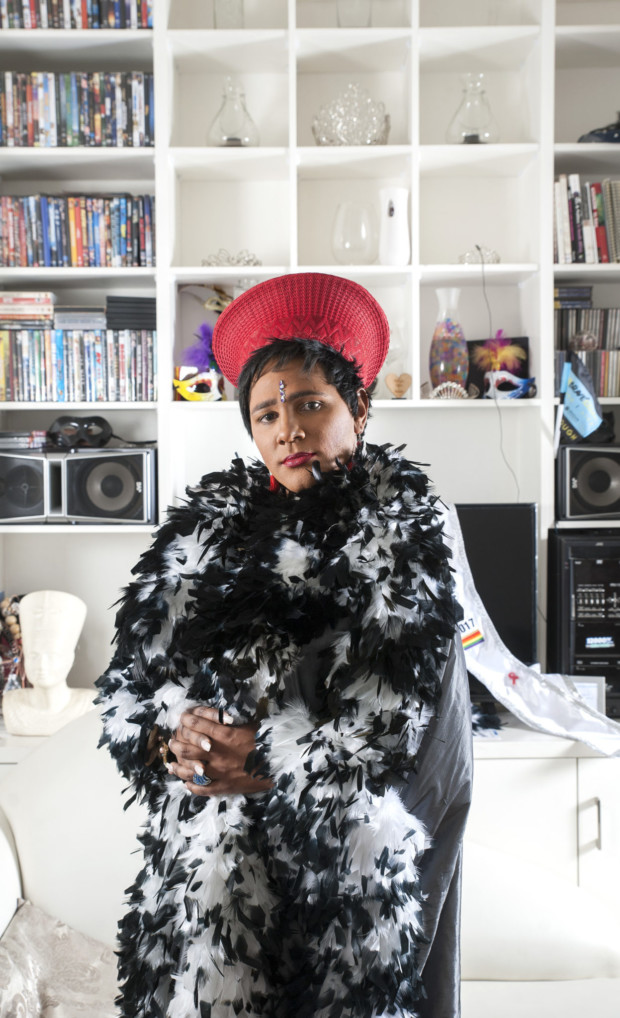 Can you tell us about yourself?
I was born William Rumon Andrew Fisher. I knew I was gay for as long as I’ve been alive. When I am in drag, I see myself as a woman with class, finesse and etiquette. I believe that being in drag is not only about getting onto stage; it’s an artistry and lifestyle. I answer to anything, but in my advocacy workshops as an HIV and Aids counsellor, I tell people that my preferred pronoun is she.

I started becoming Zsa-Zsa in 2007 when I started participating in pageants. Part of the name came from my favourite star, actress Zsa Zsa Gabor. My musical inspiration is Whitney Houston, so I incorporated the two names. And the “Dame” came from Shirley Bassett; I’m so passionate about that woman. She has class, she’s theatrical and her facial expressions when she performs are so dramatic. That’s what I always aim to bring to my performances.

For a long time, I felt an affinity to Indian culture, but I didn’t know why because I didn’t grow up knowing my dad and his side of the family. So for the shoot, I didn’t know if I was going to wear a plain black dress or sari. 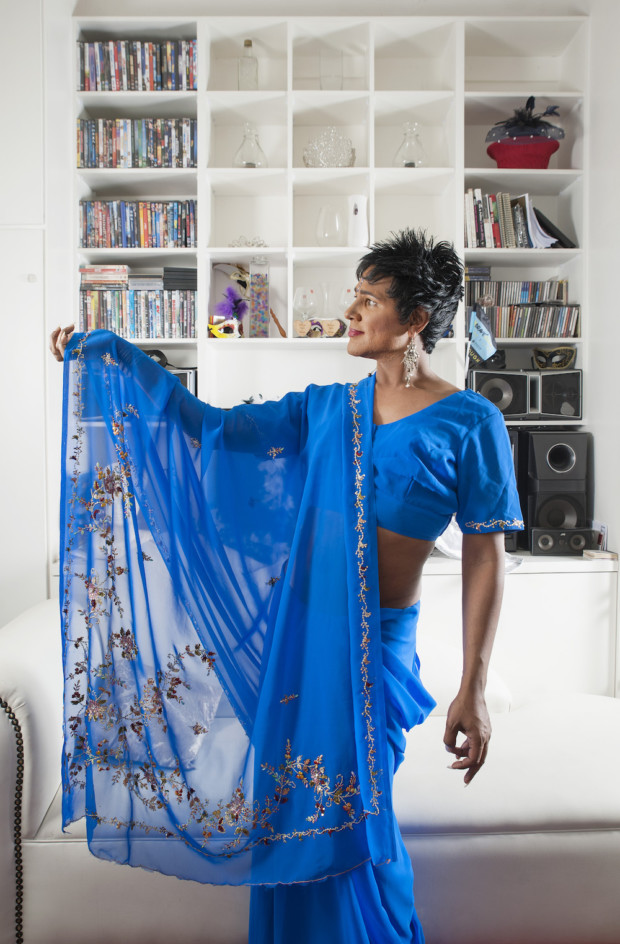 Can you tell us about your career?
I’m an HIV and Aids counsellor for Anova Health Institute. And as a transwoman, I also educate other transwomen on lifestyle, HIV and Aids and more, plus I’m also part of the LGBTI Community Safety Council.

How would you describe your work?
An educator? Perhaps. I believe in instilling knowledge in individuals and making the LGBTI community more tight-knit by speaking about diversity. Diversity exists not only in a country but within in a community. As a LGBTI person, we might know who we are but not who the next person is. So call me an activist, call me an educator and facilitator. And for sure, an advocate for the LGBTI.

And when you’re on stage?
I always bring a touch of me into the performance, even if I’m portraying a Zsa Zsa or Whitney Houston, or whoever else I’m portraying on stage. 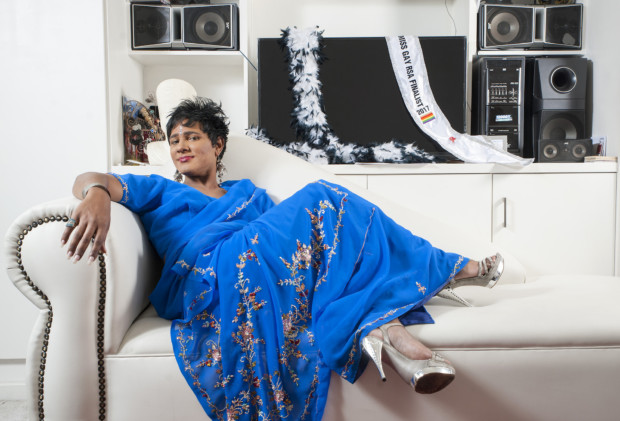 What are you wearing today?
The first outfit is a royal blue sari. That’s my favourite because it was one of my firsts. Blue is my favourite colour – strange for a woman – you would think it would be pink. This sari expresses who I am and the side of my family I didn’t know; not having grown up with my dad or his side of the family.  He’s coloured and his dad, I believe, was Indian. I’d never met my grandparents and don’t know my dad’s side at all. But at his funeral, about six years ago, I met his sisters and brother for the first time. And that brought closure and opened me to this knowledge of where I come from. If you don’t know who you are, it’s hard to identify.

Beyond that, my stepdad was Indian, and Mama [step grandmother] always wore her saris, and I was inspired by that. So my stepfather also brought me a bit closer to my Indian heritage. 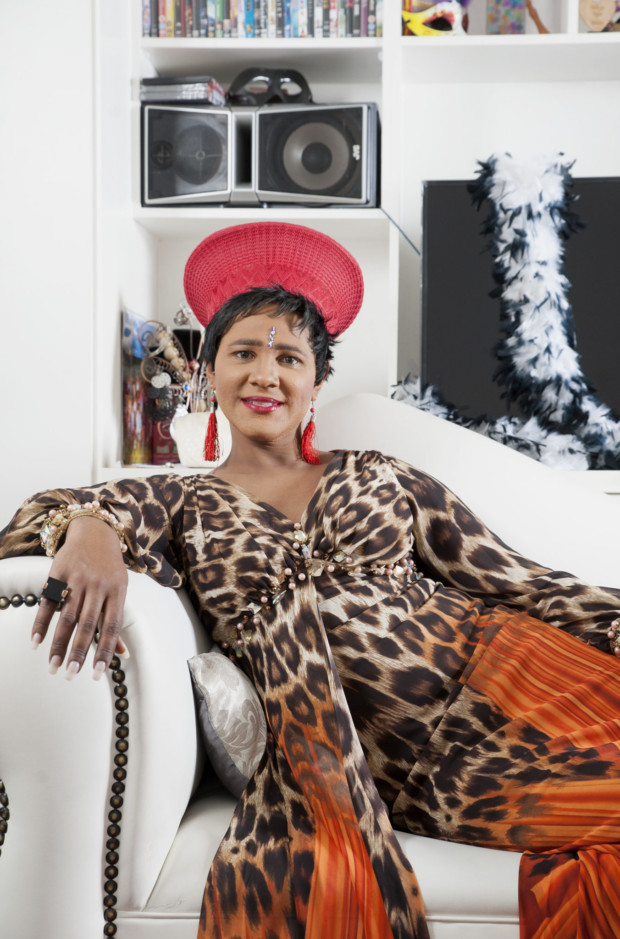 What about the second outfit?
The African-inspired attire we happened to find on one of our tours of the Oriental Plaza. It’s an amazing outfit; I love it. I got it for the Miss Gay Jozi pageant, which I coordinate, and to celebrate my African descent and being proudly South African. And the grey feather boa jacket – I’m wearing in the final look – was inspired by Dame Shirley. We made that from a kaftan and feathered boas. It brings out a classy side of who I am, as Dame Zsa Zsa Gabor Whitney Houston. It’s got finesse; it’s classy and so am I. What better way to finish the shoot by wearing something fabulous? 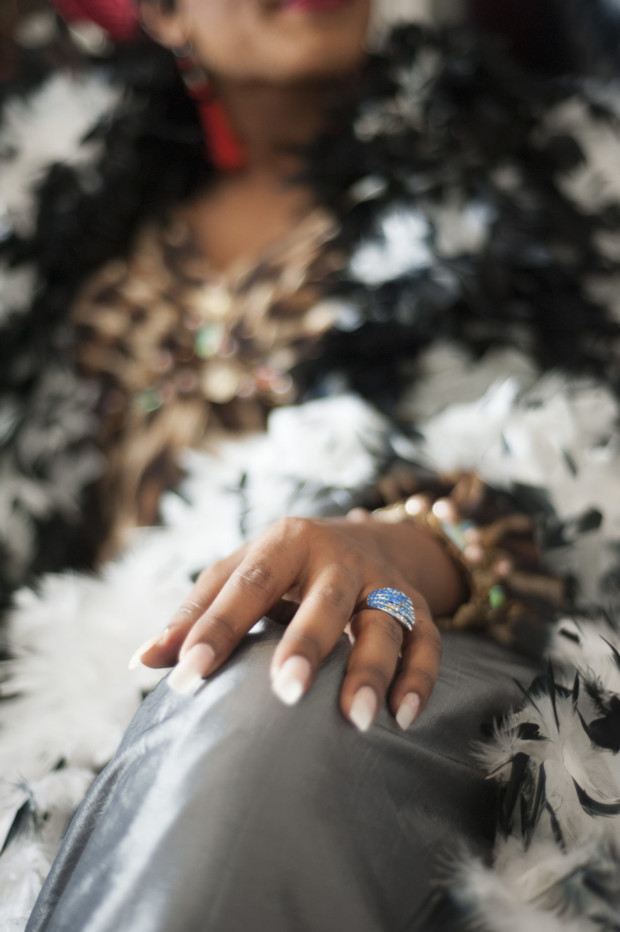