27 Sep Novelist Panashe Chigumadzi on ‘forgetting’ and recovering Shona, finding self through books and (dis)connecting to African print

This month, 10and5 brings you a series of conversations featuring five womxn from across southern Africa, centred on topics such as preserving history, culture, self-expression and more. As Heritage Day, which took place on 24 September, evokes further dialogue around culture, this series aims to explore how heritage and tradition is expressed and thought about among a few contemporary womxn in South Africa’s creative community. Photographs by Madelene Cronje.

Panashe Chigumadzi is a writer, founding editor of Vanguard Magazine and an award-winning novelist of best-seller Sweet Medicine, as well as curator of the inaugural Mzansi literary festival Abantu Book Fest in 2016. Born in Zimbabwe and raised in South Africa, Panashe — who in 2015 became a Ruth First Fellow — is currently at the University of Iowa, in the US, for the International Writers Program. And her forthcoming book on the interwoven politics of hair and land, is titled Beautiful Hair.

Panashe visited our studio and shared what being at a physical remove from her culture meant while growing up, the intricacies of her “traditional attire” and how she’s used books to engage histories of Zimbabwe and Shona people, plus a whole lot more. 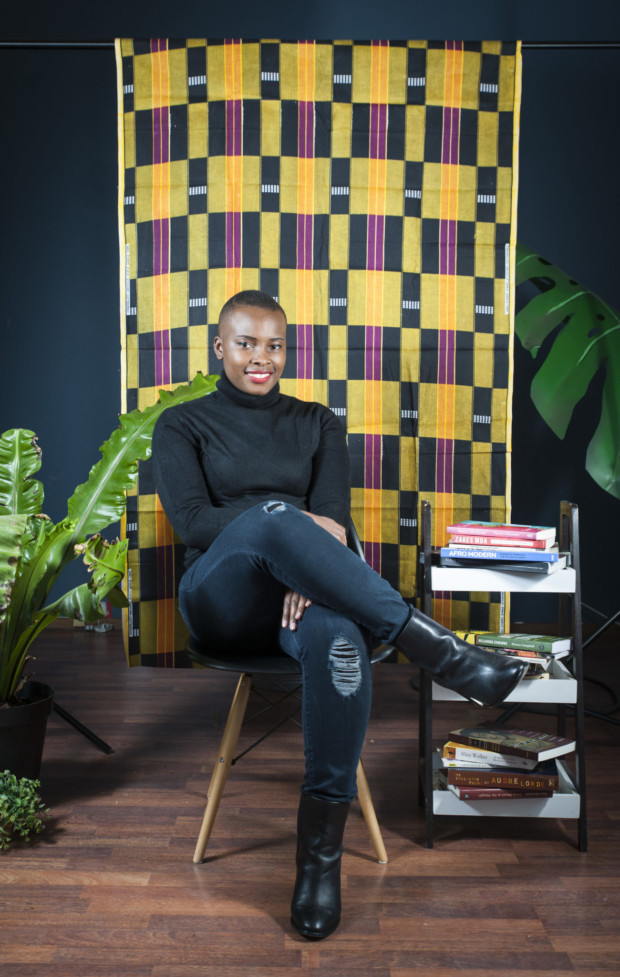 Hi Panashe, can you tell us where you were born?
In Harare, Zimbabwe. At the age of three, my family moved to Durban, South Africa. In the year I turned eight we moved a second time to Polokwane where my family still lives. I moved to Johannesburg for university, and I’ve lived here since.

Would you mind sharing your family’s cultural background?
Without sounding too academic, my parents come from different subgroups of the people who, at least since the Mfecane, have come to be known as Shona. Before the Mfecane, which saw the push of the breakaway Ndebele into what we now know as Zimbabwe and the interaction with the British settlers, we did not have the kind of “Shona consciousness” that we have today. It’s more likely that people would have been identified more closely with the clans that make up the various Shona subgroups that speak different dialects of the Shona language. For example, my father is Zezuru, which is seen as the politically dominant group from Mashonaland Central Province, and my mother is Manyika from the Eastern Highlands of Zimbabwe, which is sometimes seen as the more economically dominant group.

Part of the reason why the answer was not a straightforward “Shona” — and when I’m feeling particularly academic, I might say I’m “from the territory that has come to be known as Zimbabwe” — is that I’m wary of reinforcing the coloniality of national borders both at the physical and inter-group levels. I’m also interested in understanding and celebrating my Shona heritages, while being aware of the dangerous consequences of the kind of state-sponsored Shona chauvinism of post-independence Zimbabwe that led to something as devastating as the Gukurahundi Massacres of the early 1980s, which saw the genocide of tens of thousands of Ndebele people. This feels important to state because the celebration of heritage even amongst Africans is not always an innocent exercise, especially when we let the complexities of our identities slip under the guise of “recovery” and “reclamation”. 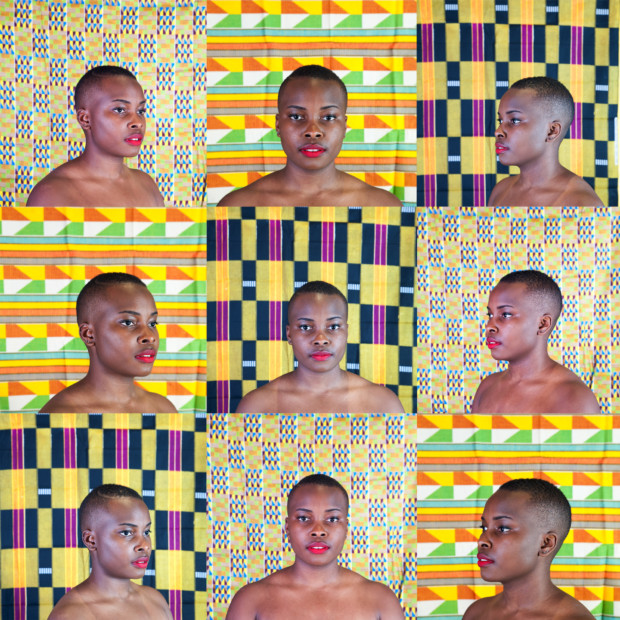 Relating to fashion, is there a particular dress you don to express your culture?
In terms of “traditional dress”, I, like many other Zimbabweans, typically feel out of place when we are asked to represent our culture because we don’t have any distinctly Zimbabwean or Shona clothing in the way that say you might have Zulu isicholos, the Tsonga xibelani skirt, the Ndebele idzilla and the Sotho shweshwe print. When we talk of “traditional” or “African attire”, it usually means West African or to be more specific, Nigerian and Ghanaian style clothing. So when we are asked to wear traditional clothing for this or that function, we often appropriate the East African kanga or the Nigerian traditional style, albeit a much more conservative version, sans the gold jewellery and sunglasses seen in the society fashion magazines from which we often cut out patterns.

You brought a few books along to the shoot, what are some of your selects?
These are books, fiction and non-fiction, academic and non-academic, that span topics as wide as art, history, religion and politics that have been important to me for the ways in which they have helped me locate myself within the world. Some of the titles included are Yvonne Vera’s The Stone Virgins, Nehanda, and Under the Tongue and Without A Name; Ama Ata Aidoo’s Sister Killjoy; Claudia Rankine’s Citizen; Toni Morrison’s Jazz and What Moves at the Margin;  Alice Walker’s In Search of Our Mother’s Gardens; Yvette Christiaanse’s Unconfessed; Barbara Thompson’s Black Womanhood: Images, Icons, and Ideologies of the African Body; and Audre Lorde’s Zami. 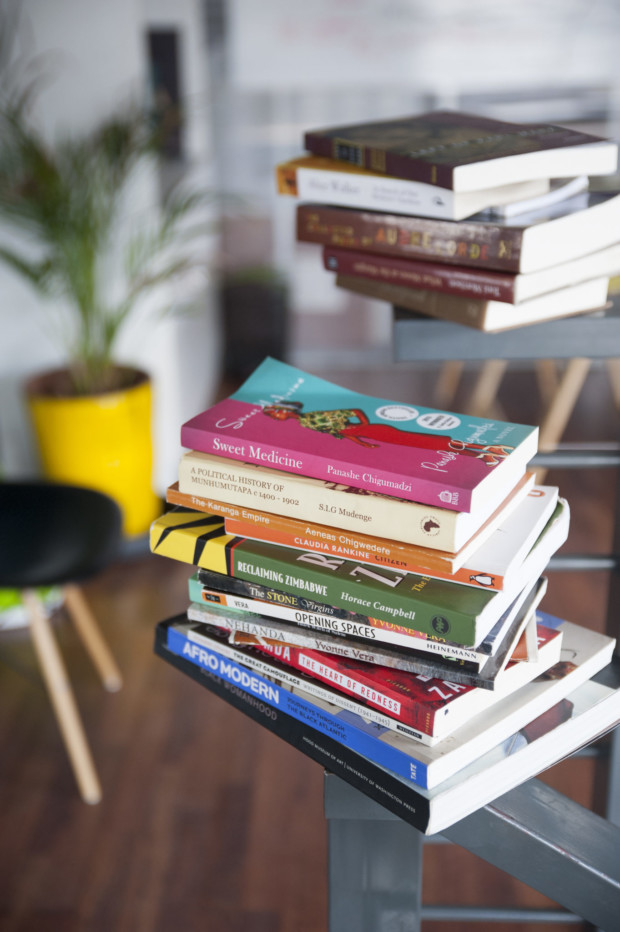 Could you share how — through work, studies or everyday life — you engage in your personal history and culture?
Having lived in South Africa, away from my extended family since I was three, I have always been at a physical remove from my culture and the ways it is practiced in every day. At some point, my brother and I had “forgotten” Shona. I can’t tell you how exactly it happened. It felt like a very swift and “painless” process. I arrived at my predominantly white pre-school in Durban not speaking a word of English and within a short amount of time, it was the reverse situation where I could barely speak any Shona. This “forgetting” was very much in spite of my parents’ efforts. Looking back, it was mostly due to the fact we were discouraged from speaking our languages at school and at home, and any traces were often erased through compulsory “speech therapy”.

One way that my parents and wider family tried to mitigate this was through books and through the personal narration of our family histories. My grandfather, for example, was a primary school teacher so he would buy us Shona school readers. Because of him I can read and write basic Shona. More than that basic literacy, it was a way for me to get to read and hear some of the stories and fables that traditionally my grandmothers would have told me had I grown up with them close by.

Over time, I “recovered” much of the language. Although when I haven’t been to Zimbabwe in a while, my South African accent creeps around my tongue and people can hear that. Books have since then always been one of the primary ways in which I engage my language and culture and histories of Zimbabwe and Shona people. My academic work, for example, is based on the figure of Mbuya Nehanda, the woman spirit medium who led Zimbabwe’s First Chimurenga in the 1890s, and the ways in which the narrative of her life and death by execution by Cecil John Rhodes’s British South Africa Company, is engaged in Zimbabwe’s national literatures. 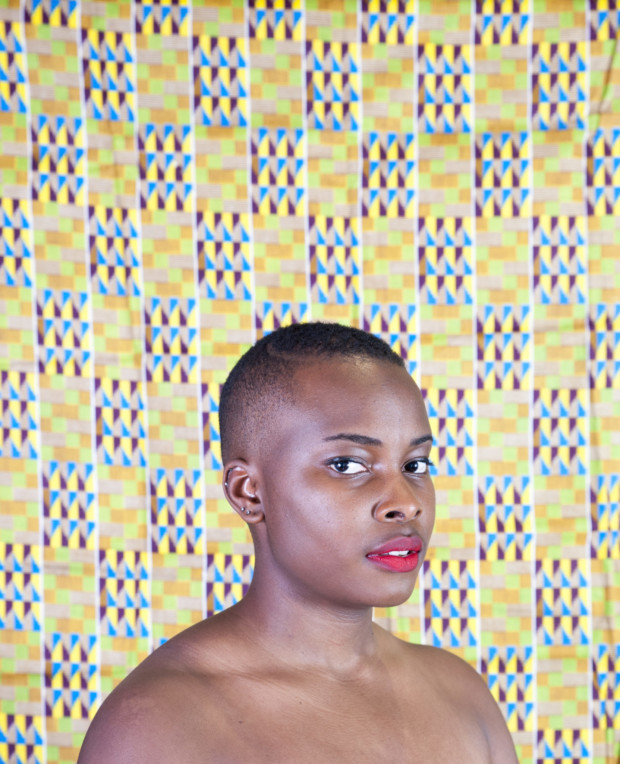 I was also fortunate enough to grow up with parents who loved to tell their personal histories with details about the “record evenings” they would have at their mission boarding schools or when they had been woken up at night by “the comrades” and summoned to attend a Pungwe where they had to learn about the “struggle of the proletariat against the bourgeoise”. What I appreciate most is our visits to Zimbabwe often included “detours” to both national heritage sites such as Great Zimbabwe and Victoria Falls, and sites of personal history such as the primary and secondary schools they attended or my grandfather taught at, hospitals they were born and the places my father would herd cattle with my uncles as a boy. Along with looking at pictures of their high school, university and early working days, this was incredibly important in ensuring that those histories were not abstract for me but very much real and felt, so that in many ways, I grew up in my parents’ nostalgia for their childhood and youth in Zimbabwe.

What did you wear to the shoot?
We tried on a range of African prints that I have bought from different African countries, as well a few that belong to you 🙂

Can you tell us about your relationship with or thoughts around African prints?
Given that Shona people do not have an “official” national costume or traditional attire, I found that I had to look elsewhere. I started wearing African prints “actively” after I’d just left university. There were a few factors that came together: earning my own money, a desire to assert my “Africanness”, an increase in the number of functions to attend, the “mainstreamification” of African fashion by international fashion houses and, of course, the beginning of the “Africa rising” and “Afropolitan” narratives. I initially bought quite heavily into those conversations but soon I found myself a little more critical of what began to feel to me a brand of neo-liberal cosmopolitanism cloaked in African style.

I also felt restricted by the ways it at time felt narrowly essentialist and unimaginative in the ways we could represent “authentic” African identities. At some point it felt like all you had to do to “make something African” is to add Kente cloth, Dutch wax print or a dashiki. So, from one extreme of wearing African prints to any and every occasion, I almost completely disavowed it. 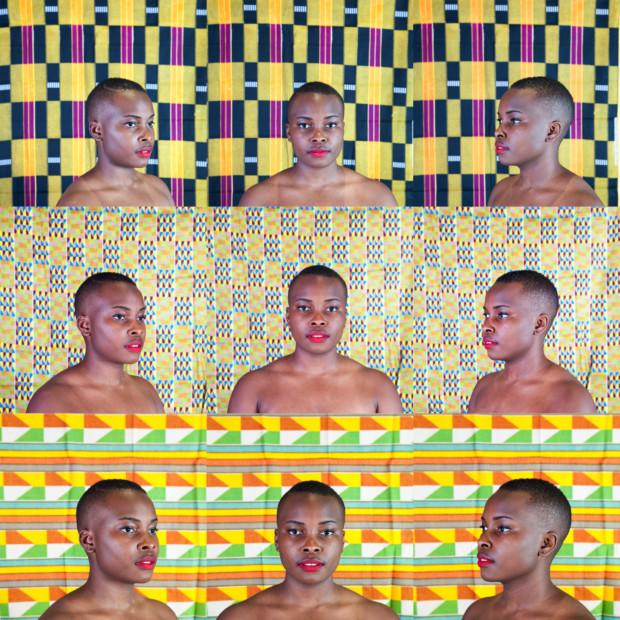 Having come to understand how the use and incorporation of the iconic Dutch wax print in West Africa is a relatively recent “invention” of African cultures as a result of trade by the Dutch who had initially created wax prints mimicking the local Batik styles for sale in their Indonesian colony, but soon found a better market to adapt the style in West Africa; much in the same way that, for example, the iconic Ndebele mural art and traditional clothing is the result of relatively recent cultural expression, which was in part as a response to the devastations caused by the Mfecane and wars with Boers in the late 1800s.

I came to see that their “inventedness” and even more, their relative “newness” within the periods of colonisation, doesn’t make these styles any less “African”. That freed me in so many ways. I feel much less tied to ideas of “authenticness” and freer to creatively draw from various heritages to express myself, whilst being respectful of mine and other peoples’ histories. So, nowadays, I do still wear African prints simply as a way to bring an outfit together, and at times, as a way of sharing in a broader, maybe pan-Africanist sense of cultures on the continent and the broader diaspora. But I’m far less naive about wearing it to index an “authentic” sense of Africanness or blackness in the ways that I did when I was younger and reacting to a sense of alienation and displacement. I now see wearing African prints as part of a range of the many ways I can express my identity, which is always in flux and yet always tied to being black and a woman in this part of the world at this moment in history, as opposed it being to the absolute way to express myself.

All photographs by Madelene Cronje 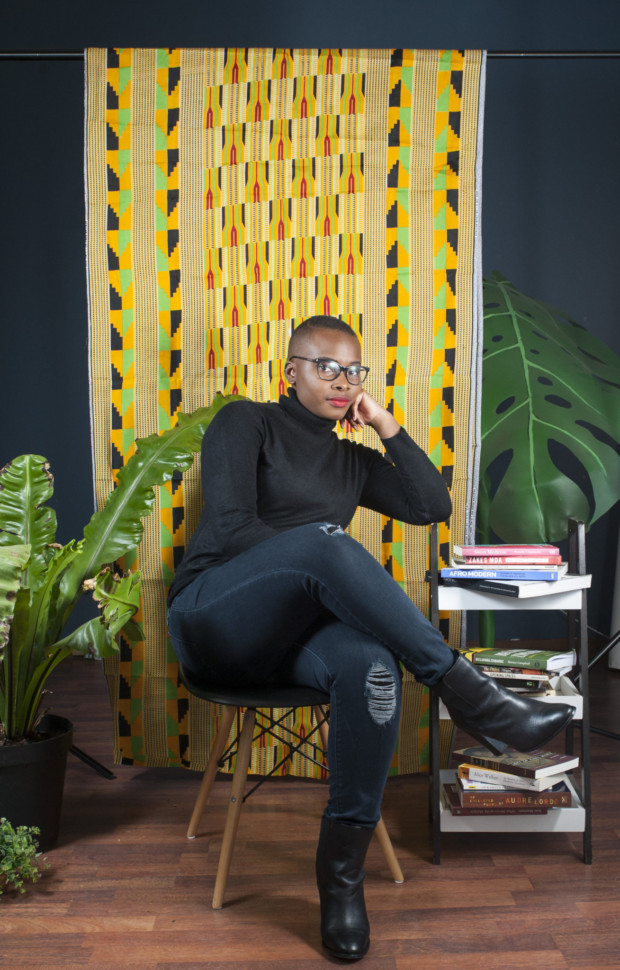 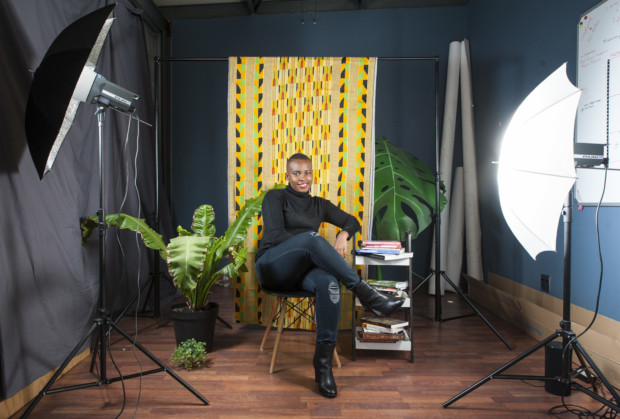