29 Sep ‘Hello December!’ On kwaito and the anniversary of TKZee’s classic album Halloween

Next month, TKZee’s debut album Halloween turns 19. Can you believe that? It’s entering adulthood and has aged well. The album, both soothing and lively, was released on 30 October 1998 and is a culturally informed infusion of kwaito and classical music.

Or perhaps it’s simply kwaito, which we’ve come to understand as a fusion of many genres. Bruce Sebitlo of the legendary music group Brothers of Peace, for example, once explained in the documentary After Robot: Kwaito Music in Johannesburg that they incorporated “cultural and tribal music with dance music” and that was their kwaito.

Of all angles about the origins of kwaito, one that has been most simplistic, is the insistence that kwaito is “basically hip hop”. Kwaito music, contrary to this, has its roots in London house music. DJ Oskido, who has been at the forefront of the kwaito revolution, explained that kwaito came from house compilations that they made in the late ’80s and early ’90s.

The tempo of the house beat, according to Oskido, would be at 120BPM, which they would bring down to 110BPM. This is why the managing director of Ghetto Ruff, Lance Stehr, simply referred to the genre as “basically slowed down house music”.

While hip hop elements feature in kwaito music, Senyaka would argue that the rapping trend in the genre had started with his disco hit EP, Fuquza (stream it on Deezer), back in 1987.

Kwaito’s “rapping” often contained a repetition of simple phrases however artists like the once unofficial collective Mzambiya, Msawawa and Mshoza, Skeem, Boom Shaka’s Thembi Seete to name a few, proved otherwise. Not forgetting Halloween, on tracks like We Love This Place and Dlala Mapantsula entertained hip hop’s cadence and complex word play. 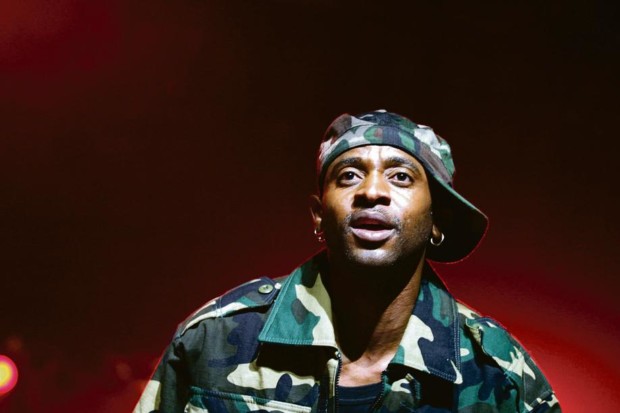 And like sampling seen in hip hop, Halloween features an iconic sample, or rather TKZee’s take on the nation anthem in Sikelela. An anthem stitched together at the time of South Africa’s democracy. Kwaito, sometimes perceived as apolitical, was an expression of a newfound political freedom. Stoan of Bongo Maffin regarded the genre as “a direct product of our liberation”.

This idea, however, does not seem to have rang true for all kwaito artists as Arthur Mafokate emerged with an EP titled Kaffir in 1995. The politically charged EP contested racist views towards black people. Additionally, Boom Shaka had dealt with the politics of xenophobia on their hit song Kwere Kwere. And later, we would see Mandoza and M’du engaging feminism in their song 50/50, a song which appropriated Destiny’s Child’s Independent Women tune in its chorus.

One third of TZKee, Kabelo’s proclamation that their track Dlala Mapantsula is “the song for December” turned out to be a prophecy. On We Love This Place, we sense a feeling of triumph — as though they already knew that what they had was one of the best kwaito albums ever made.

To celebrate the upcoming summertime, Halloween‘s anniversary and the staying power of kwaito, here’s a look at other tracks that came out around this time:

MALAIKA
Malaika
This time, 10 years ago, we were blessed with Malaika’s debut self-titled album. This hit album was the kind that was played back to back in every household in my village, Qunu, that December. Destiny was the song that gained immense popularity among a people who could barely speak English (as a result, we made a rather vulgar Xhosa remix of it). The song had such an impact that it was recently sampled by Cassper Nyovest and Goapele on their song Destiny. Cassper and Goapele take a slower approach to the track, with Goapele soulfully singing Malaika’s hook while Cassper confesses to a past lover about his transgressions.

MSHOZA
Bull Dawgz First Lady
In November 2002, Mshoza brought us the song Kortes (Kasi Luv) out of her debut album Bull Dawgz First Lady. Featuring musician Mzambiya, this classic banger tells a story of a love that happens at first sight. This song played in every household that was unafraid to blast music for the neighbours to hear and we all, as little children, knew the choreography to this jam.

MGARIMBE
Sister Bethina
In October 2006, artist Mgarimbe released his album Sister Bethina. The title song, which sampled Aaliyah’s Try Again, was being blasted in every taxi at every taxi rank. Even today, Sister Bethina has become the unofficial closing song for parties across South Africa.

THEBE
Top Dawg
Later, in 2007, Thebe’s debut album Top Dawg was released. This album featured the classic Ungawa Kum. I recall my aunt and her friends blasting this jam in the boot of her boyfriend’s car with bottles of Savanna in their hands. 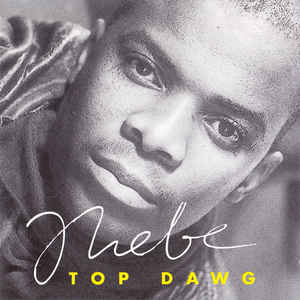 The end of kwaito’s mainstream reign was nothing short of abrupt. However, it’s still traceable if you listen carefully, sometimes it’s obvious other times it’s subtle. But the legacy of the genre is still potent. So, with every song sample, article such as this, and young black South African wearing ispoti, kwaito lives on forever.