02 Oct The Dicktionary: An A-Z of sexual health illustrated by Daniel Ting Chong

Posted at 10:18h in Illustration by Gabriella Pinto
0 Likes

Award-winning designer and illustrator Daniel Ting Chong took a month to design The Dicktionary, also known as a list of humorous penis euphemisms, for the sexual health brand WeTheBrave’s safe sex initiative, which launched in June.

”WeTheBrave…is the first large-scale campaign ever in our country to specifically address gay men and other men who have sex with men. Spearheaded by the Anova Health Institute and funded by the Elton John Aids Foundation, the campaign will address both prevention and treatment issues in an affirming, non-judgmental and sex-positive way, which will be entertaining and engaging,” according to the campaign.

With a newly imagined alphabet centered around the penis that starts with ‘’A is for appstert, B is for bacon missile and C is for custard chucker’’ and ends with ‘’Z is for Zembe’’. Each letter also has its own safe-sex tip, in this case, the existence of a cheeky penis alphabet designed for a good cause isn’t a bad thing.

”We The Brave wanted to remind their MSM [men who have sex with men] and gay audience that, no matter what name you call it, you need to keep it safe every time you take it out to play. Guys have literally thousands of names for their penis [such as joystick or dingaling],” says Daniel, who collaborated with FoxP2 art director Gareth Owen and copywriter Andrew Pearson on the project. 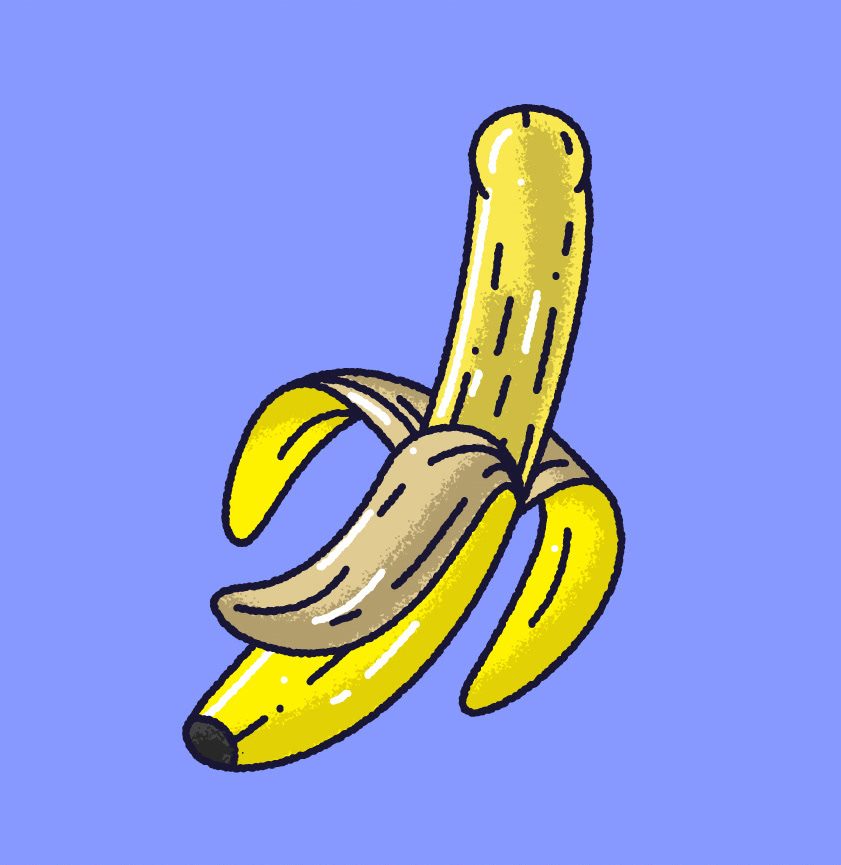 ‘P’ is for Piel: If you’re taking your PrEP every day, you’re on the right track to keeping your long fruit and berries HIV free. 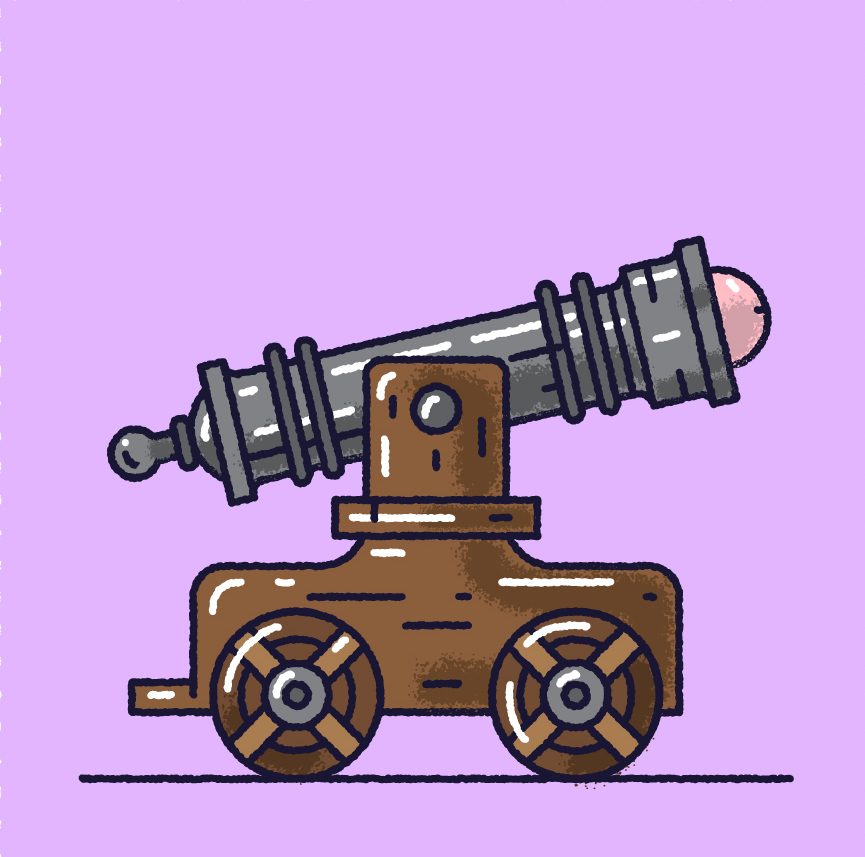 ‘M’ is for Meat Canon: Whether they’re packing heavy ammunition or light calibre ammo, every man needs to keep their penis out of the firing line, and safe from HIV. Use condoms, get tested regularly and, if necessary, take your ARVs every day. 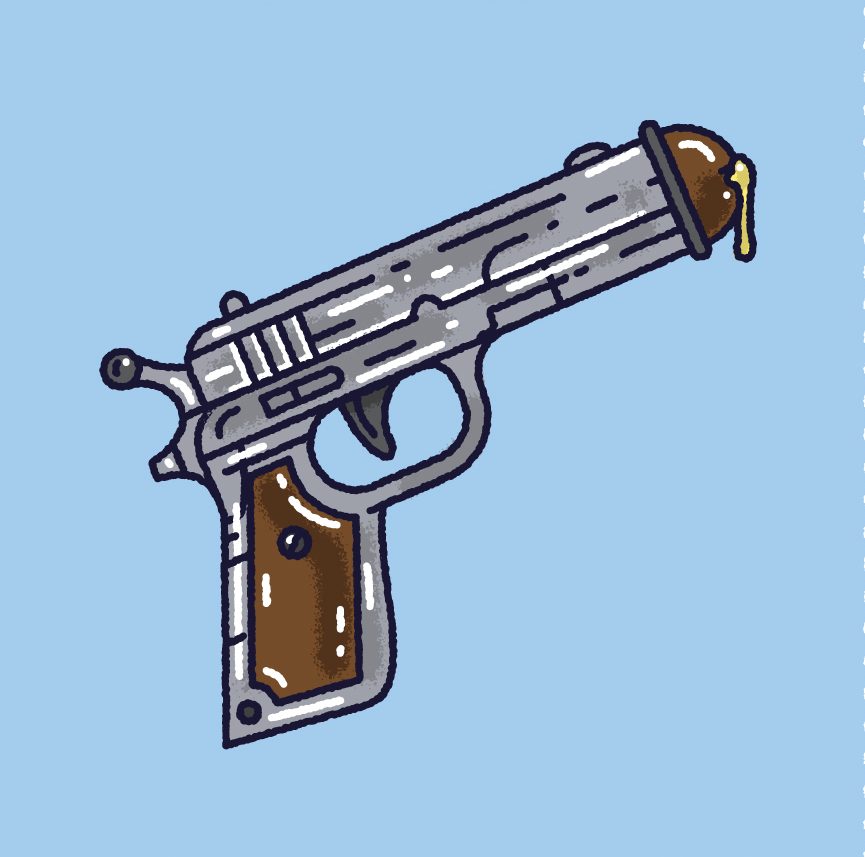 ‘S’ is for S’bham Somdoko: If you’re all about the bang bang, it’s okay to unholster your weapon. Just make sure you’re using condoms and lube every time you have sex. 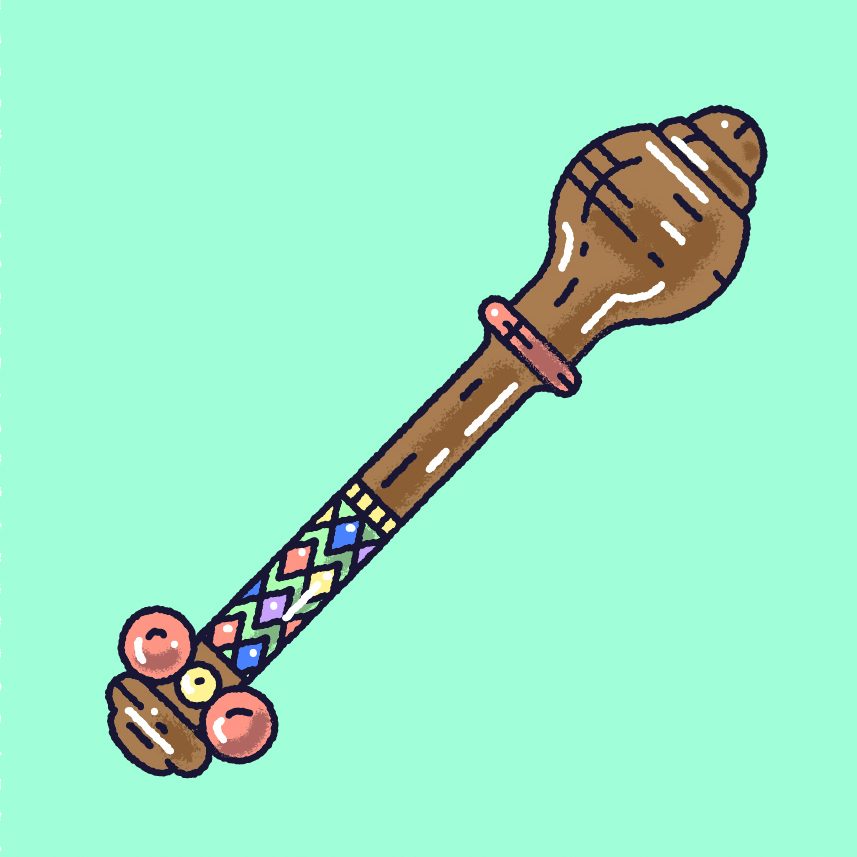 ‘K’ is for Knobkierie: Whether you’re firing off a load with a stranger or your boyfriend, taking ARVs regularly will make sure it’s safe to go ballistic in the bedroom. 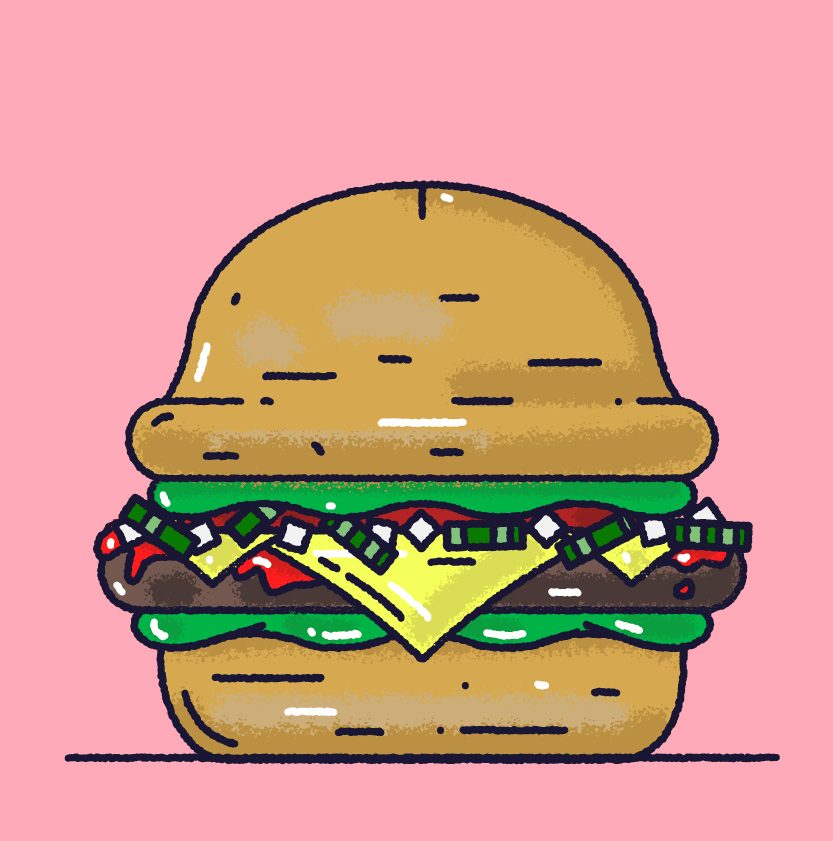 ‘Q’ is for Quarter Pounder: What you put in your mouth is entirely up to you, but if there’s one time you really should swallow it’s when it’s time to take your PreP. 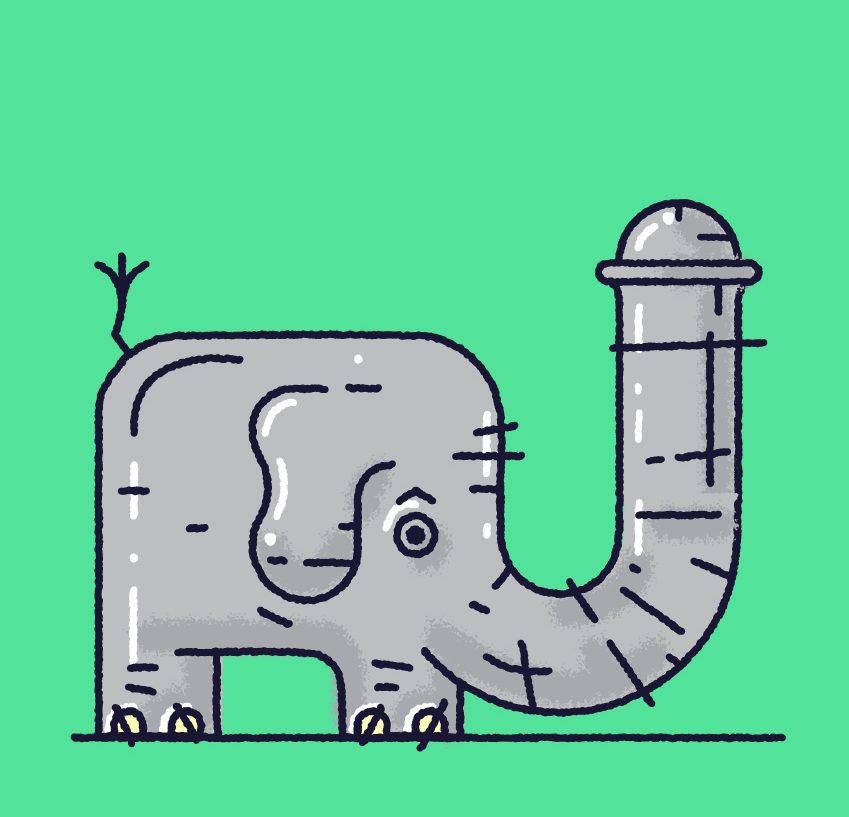 ‘E’ is for elephant trunk: Cover up your trunk with a condom every time you have sex, and make sure to use lube for added protection. 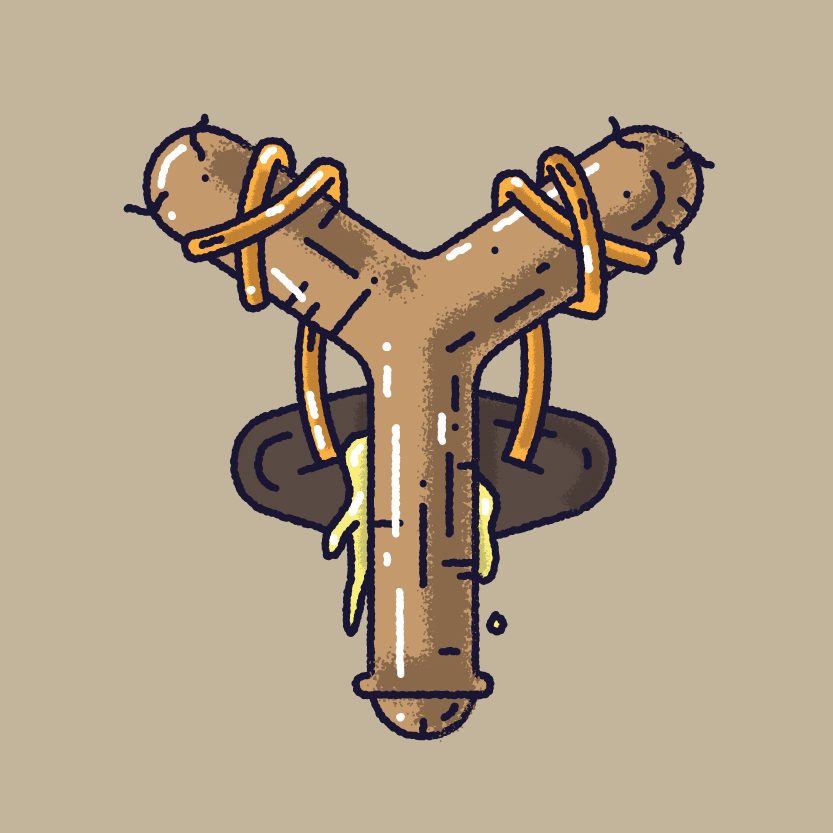 ‘C’ is for Custard Chucker: If it’s already carrying an STI, your Custard Chucker has an 80% higher chance of contracting HIV. So make sure it’s always covered with a condom before you throw a load. 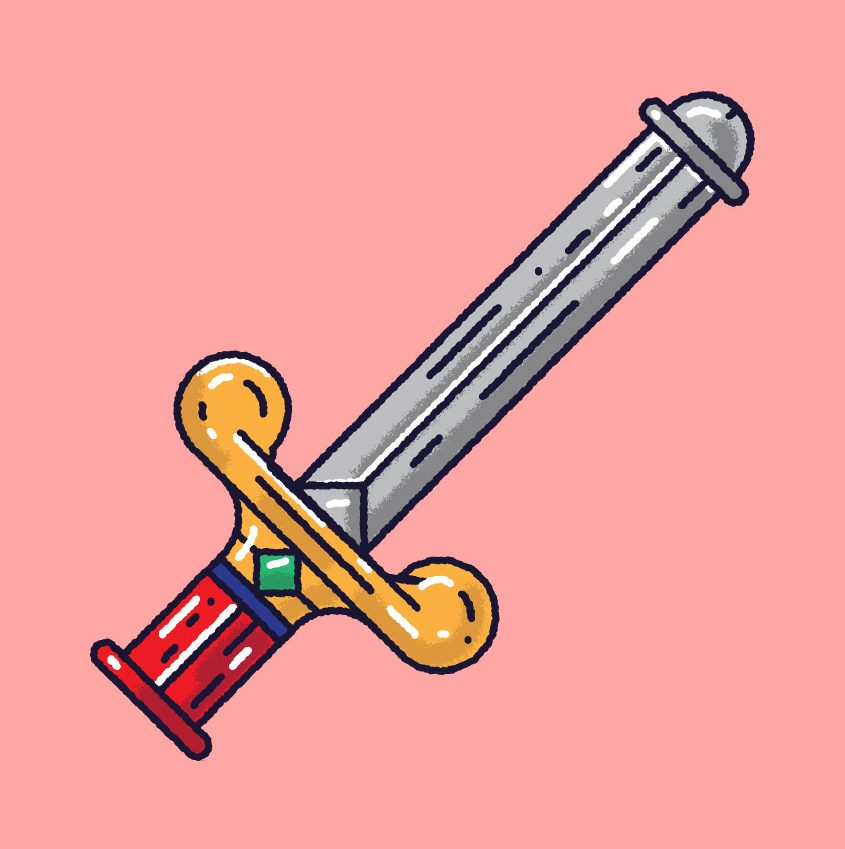 ‘X’ is for Xcalibur: The best way to battle an HIV infection is to stay on top of your viral load. The lower your viral load count, the safer it is to pull out your sword.