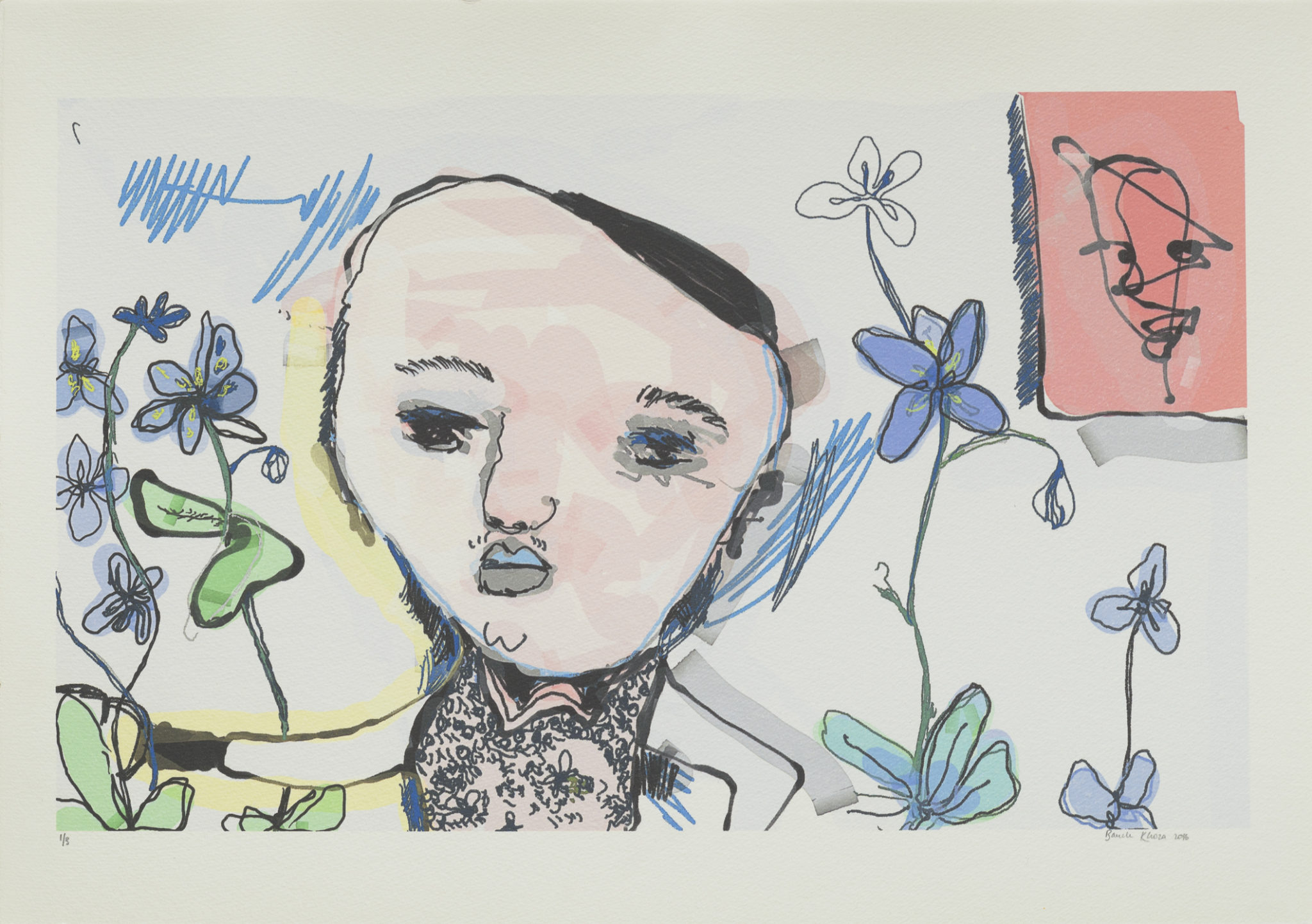 L’Atelier is one of Africa’s most revered art competitions on the continent, which aims to reward emerging visual artists aged 21 to 35 with the opportunity to showcase their work to a wider audience, and further their engagement with the international art world. The Absa L’Atelier awards entered their 32nd year in 2017, marking another fruitful year of collaboration between sponsors Absa and South African National Association for the Visual Arts (SANAVA).

The competition has expanded to include artists from nine other regions on the continent, apart from South Africa, attracting entrees from Botswana, Zambia, Ghana, Kenya, Uganda, Tanzania, Mozambique, Mauritius and Seychelles. The result is a celebration of excellence in contemporary art practice around Africa.

Maral Bolouri of Kenya won the main art prize, and Banele Khoza of South Africa walked away with the Gerard Sekoto Award.

Check out the winning artists’ works below.

Location: Kenya
Award: The main prize, which comprises a six-month long residency at the Cité Internationale des Arts in Paris.
Artwork: A multi-sensory, interactive installation, titled Mothers and Others that investigates representations of women in African oral traditions. It explores the power of proverbs by juxtaposing negative and positive depictions of women in cultural truisms. These sayings overwhelmingly portray women as helpless, except for when referring to motherhood. Through three metaphorical structures, Mothers and Others draws the audience’s attention to the negative and positive proverbs, as well as to the proverbs we have yet to imagine. In one structure, handmade iron cowbells, representing the objectification of women and holding examples of negative proverbs, hang from a tall stool. Underneath, a small altar holds the few positive proverbs about women surrounded by extinguished candles. The third – a blank board – invites the audience to come up with their own proverbs.  See more from Maral. 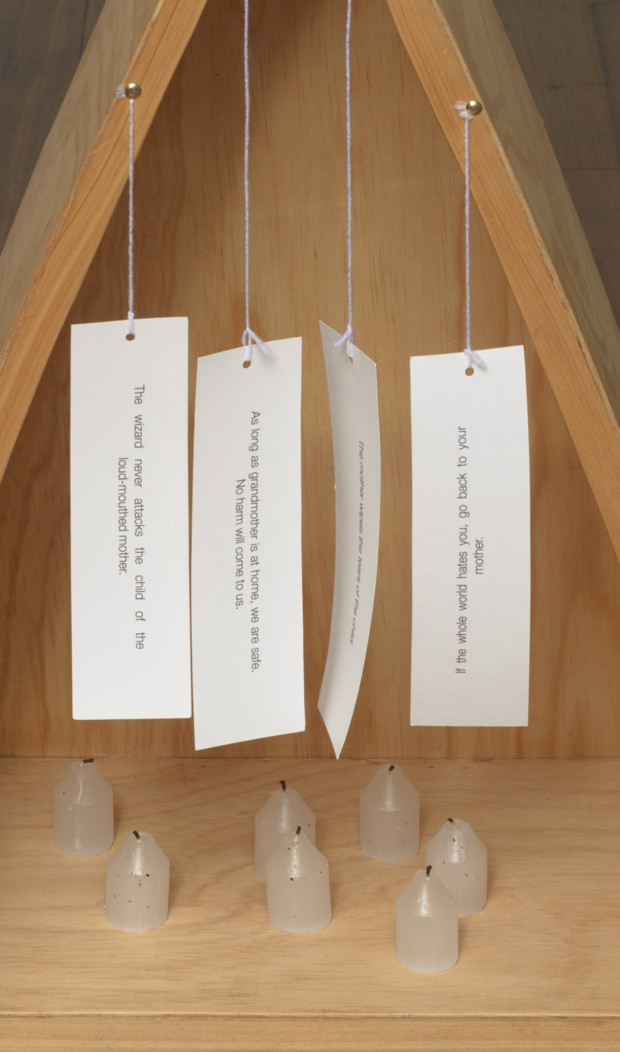 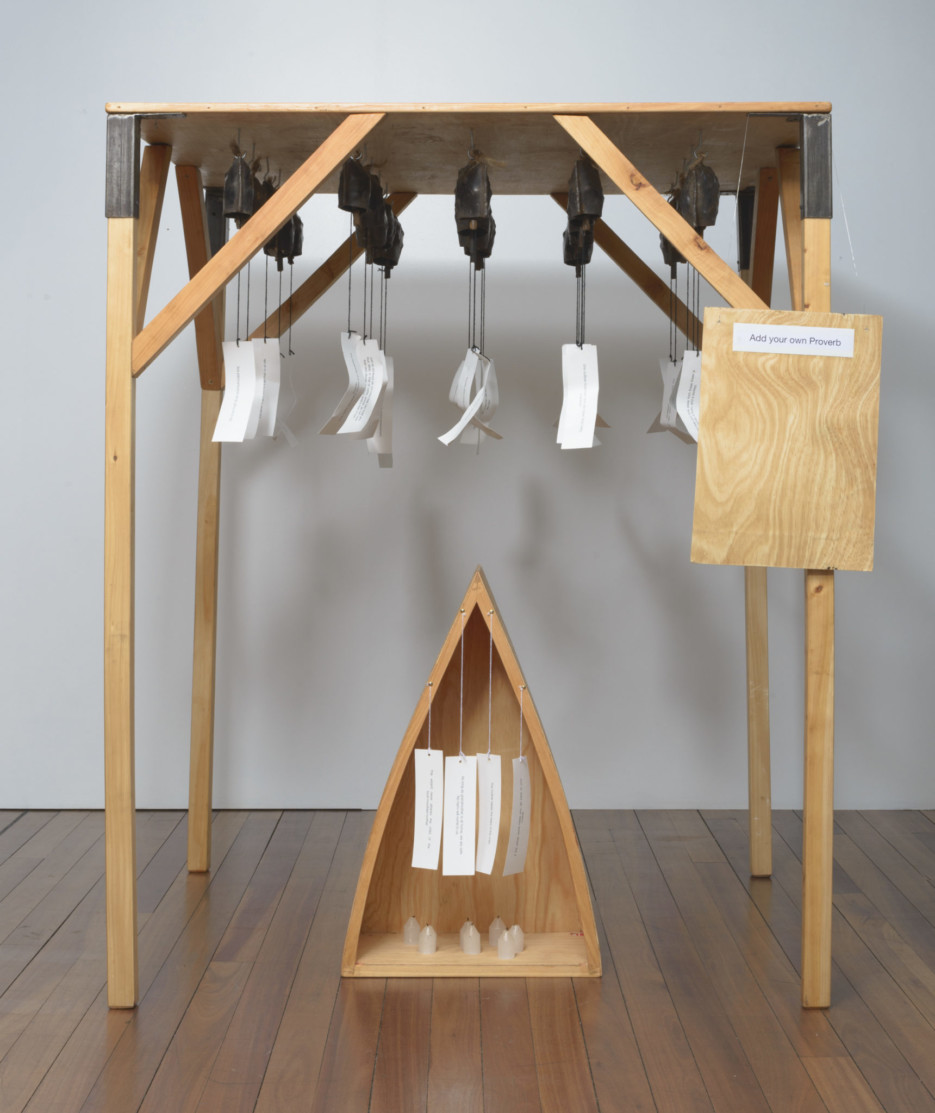 Location: South Africa
Award: The Gerard Sekoto Award is given to a South African artist who has demonstrated continual improvement in the quality of their entry year-after-year in the L’Atelier. Banele will receive a three-month art residency at the Cité Internationale des Arts in Paris.
Artwork: A series of digital drawings printed with an inkjet printer, titled Note Making. Through the pieces, Khoza questions representations of what it is to be a male in South Africa and within the broader social context. “Male nudity and vulnerability is still something that isn’t portrayed in media today and, with this body of work, I have allowed myself to be vulnerable by expressing my thoughts and feelings, which are easily decipherable to a patient eye. The gaze shifts to the male body and raises issues around heteronormative representations of masculinity in portraiture,” Banele explains. See more from Banele. 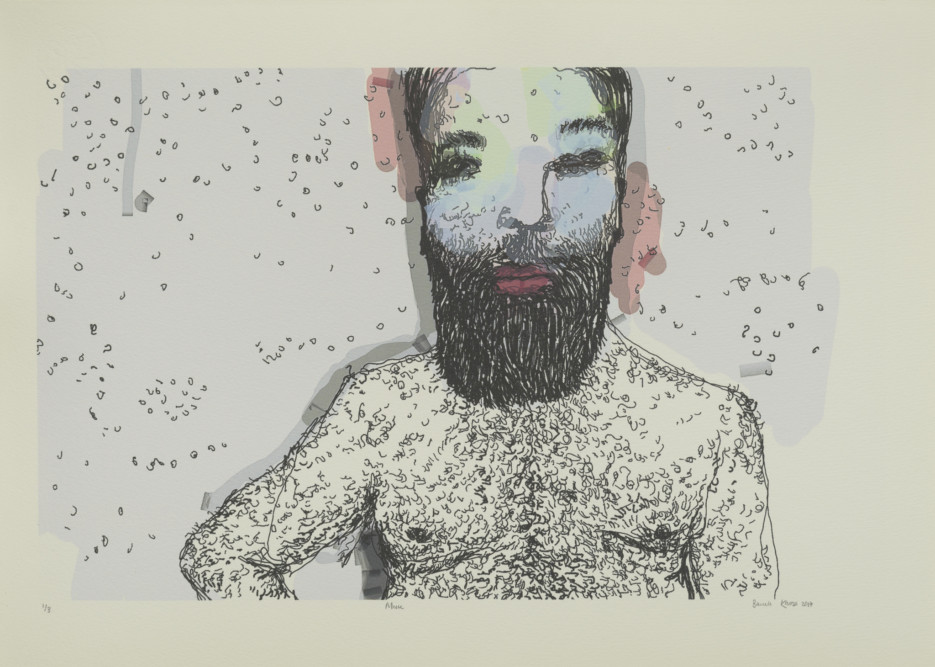 Location: Ghana
Award: A Merit Award, which comprises a three-month art residency at the Bag Factory in Johannesburg.
Artwork: A semi-naked women in states of undress embroidered on Islamic scarves, titled Untitled 2016, takes a jab at the social stereotype that women are sexual objects. Priscilla’s practice transforms traditional craft into activism. With a needle and thread, she uses the historically delicate nature of “women’s work” to sew empowering statements. “I have adopted embroidery not only as a tool but as a part of my concept,” says Priscilla. “My inspiration evolves around my sensitivity towards sexual aspects of humanity. I explore a trope of patriarchy from the angle a particular gender stereotype that depicts women as tools of seduction,” she explains. See more from Priscilla. 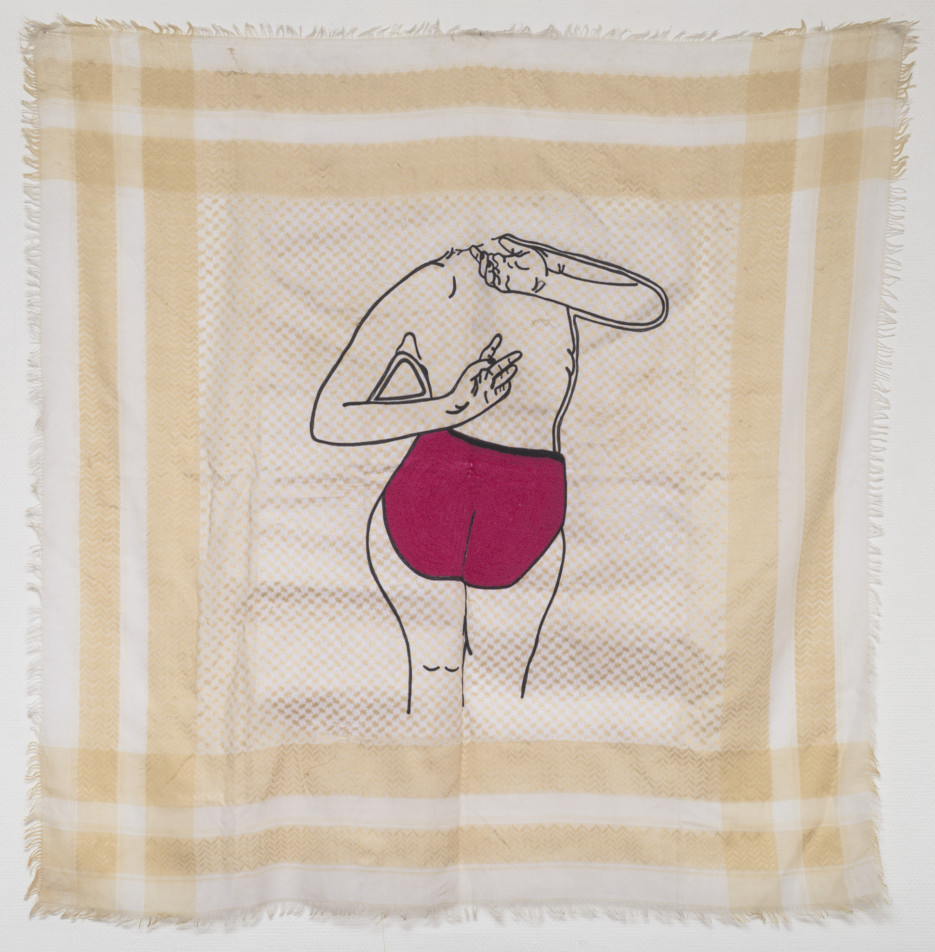 Location: South Africa
Award: A Merit Award, which comprises a two-month art residency at the Sylt Foundation, on the island of Sylt in Germany.
Artwork: A bronze, wax paper and wood sculpture featuring the uneaten crust of a sandwich from a school lunch, titled No Evidence of a Struggle. Growing up the artist was taught that the crust of a loaf of bread contained the most nutrients and consequently should always be eaten, should she wish to grow up healthy. As such the the discarded lunchbox and it’s contents are Wilhemina’s personal interpretation of sloth; the mark of a person unwilling to be proactive in their own personal success. 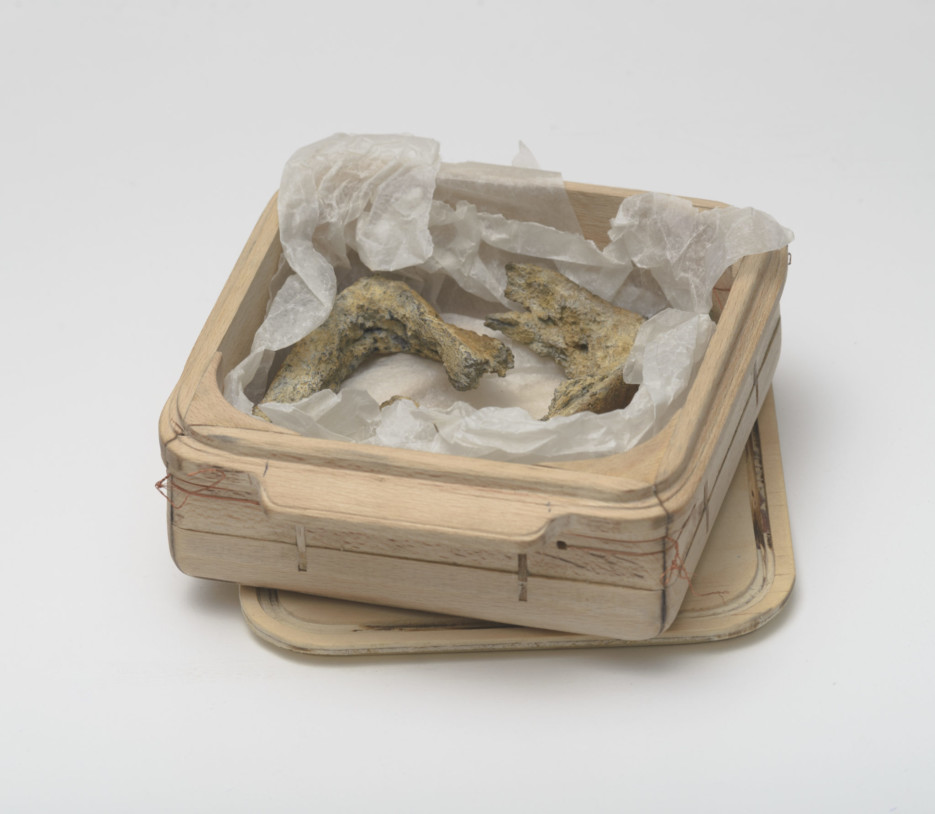 Location: South Africa
Award: A Merit Award, which comprises a one-month art residency with the Ampersand Foundation in New York, USA.
Artwork: A series of street style photographs titled Koko Meikie. The body of work captures the bright sartorial personalities of the South African youth of the ’70s, and illustrates how these people define themselves through fashion today, 50 years later. Her powerful pictures, captured around Johannesburg, serve as a sociological treatise on aging and identity. See more from Manyatsa. 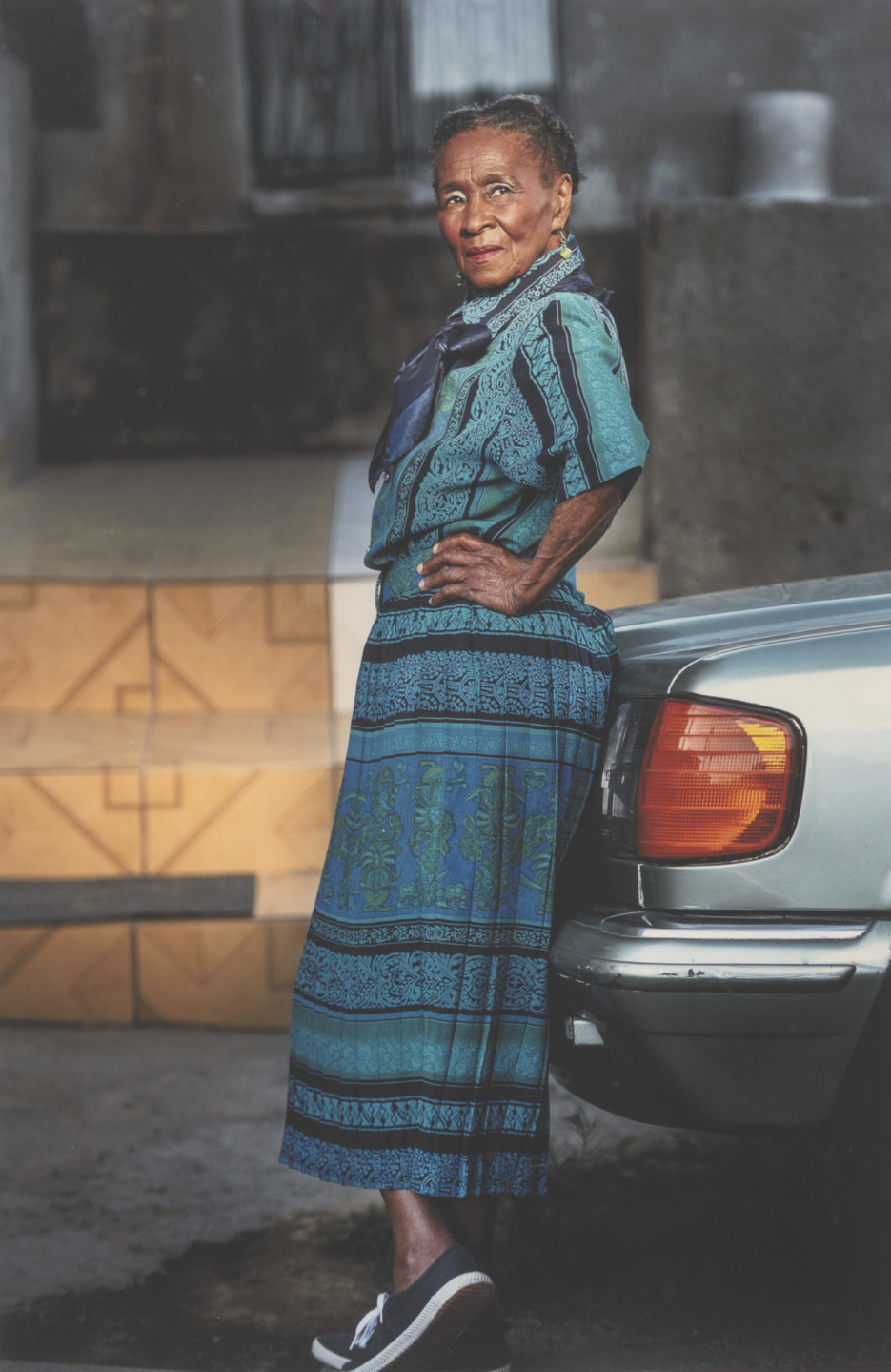 Aside from these five artists, the Top 10 finalists in this year’s L’Atelier also included:

Location: Ghana
Artwork: A digital print on acrylic coated paper titled Selfication, which seeks to question the position of Africa in global politics through satire. See more from Bright.

Location: South Africa
Artwork: An installation titled Evidence represents the aim to collect, document and analyse the trace residues that remain in the aftermath of artistic production. See more from Ciara. 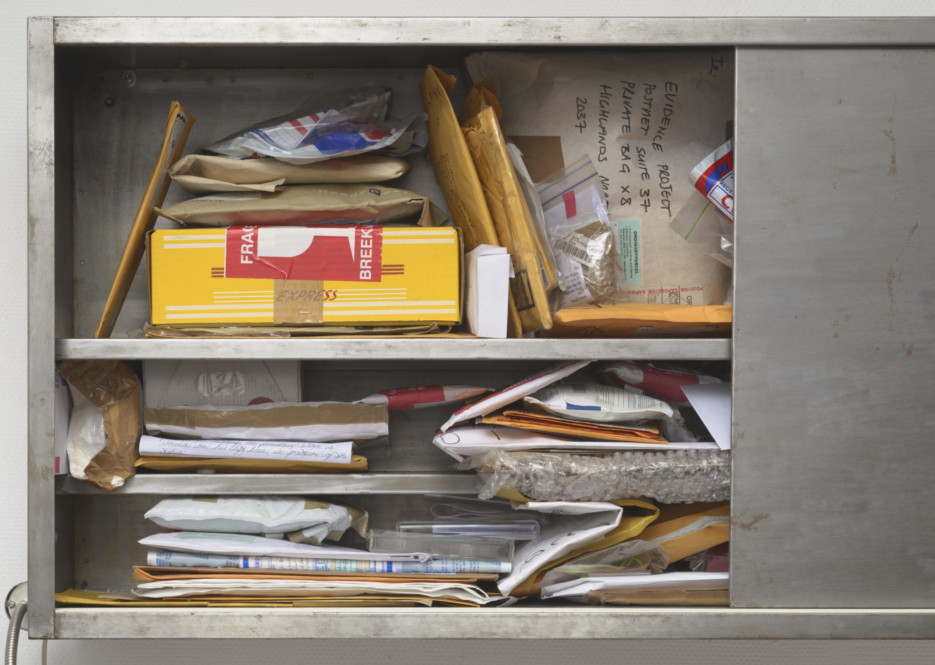 Location: South Africa
Artwork: A linocut print on paper, titled Making Work. This artwork is digitally designed, hand-carved and produced through a traditional, physical process. This makes the artist conscious of how new technologies are meant to reduce demands on our time, but often have the opposite effect. See more from Dale. 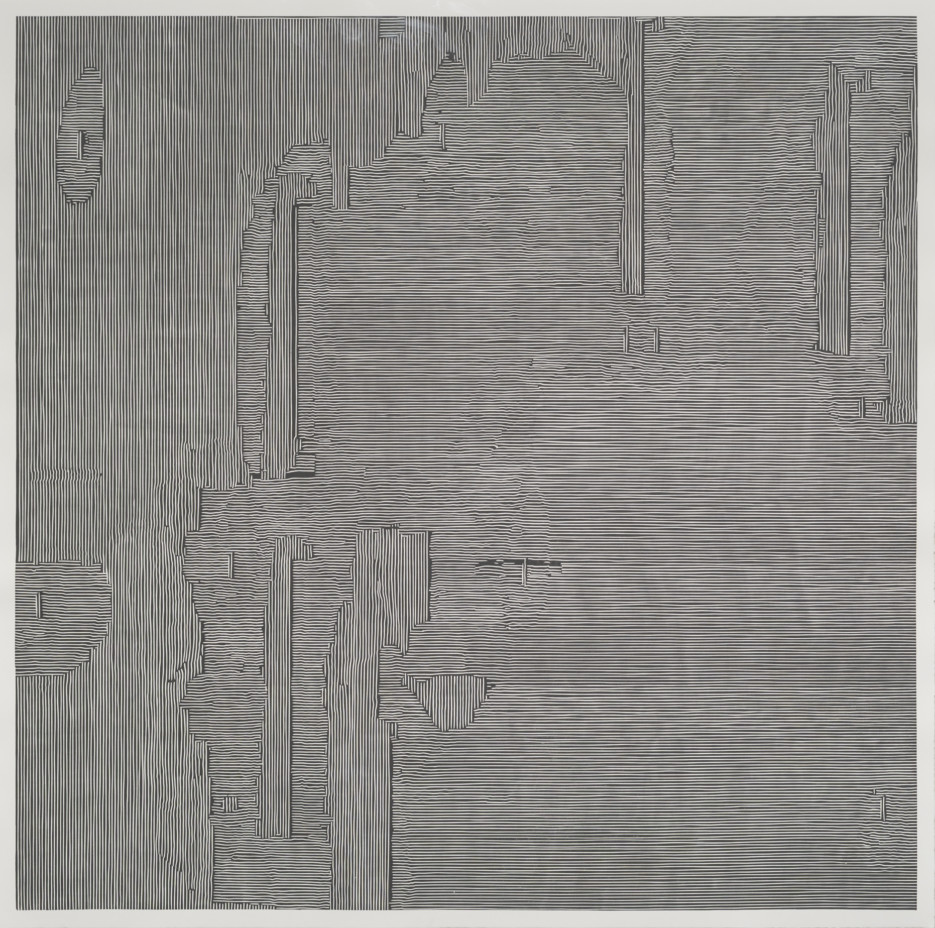 Location: Kenya
Artwork: Foot Print 4 explores how the interaction of people with their surroundings leaves behind marks that alter the appearance of these spaces over time. Elias draws inspiration from Nairobi, interpreting these marks as a collage of everyday human activity that takes place in the city. The process entails creating layers from photographs and paint, producing mixed-media canvases. The layers and marks represent the Foot Prints left behind. 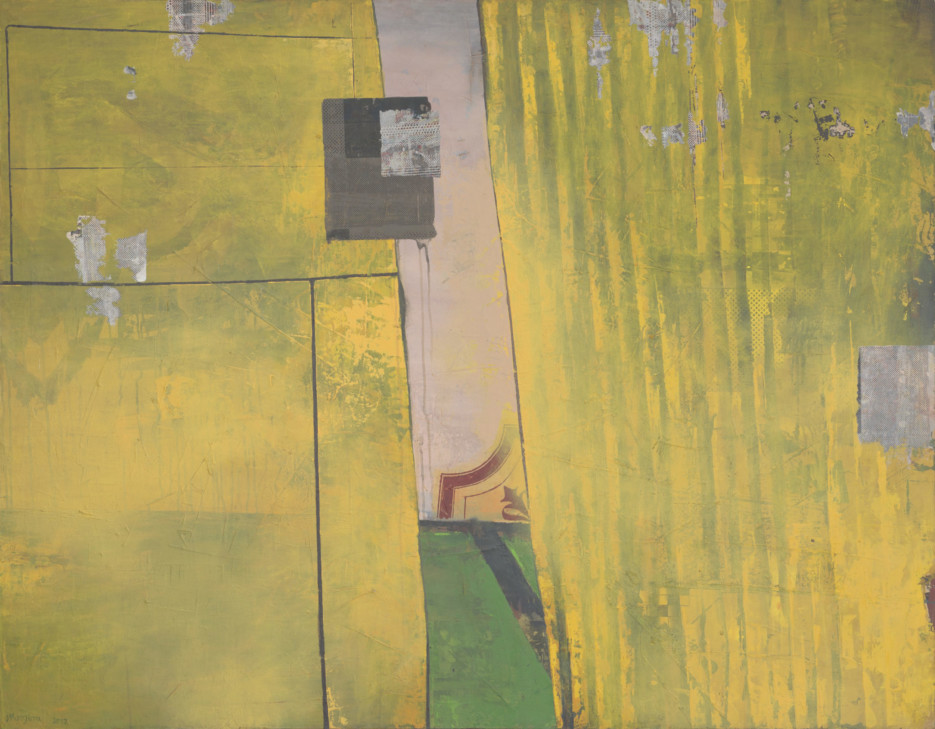 Location: South Africa
Artwork: Receipt Poem: Shop right is a two-part poem: The first part is a practical realism, the second part is a segregated commercialism. 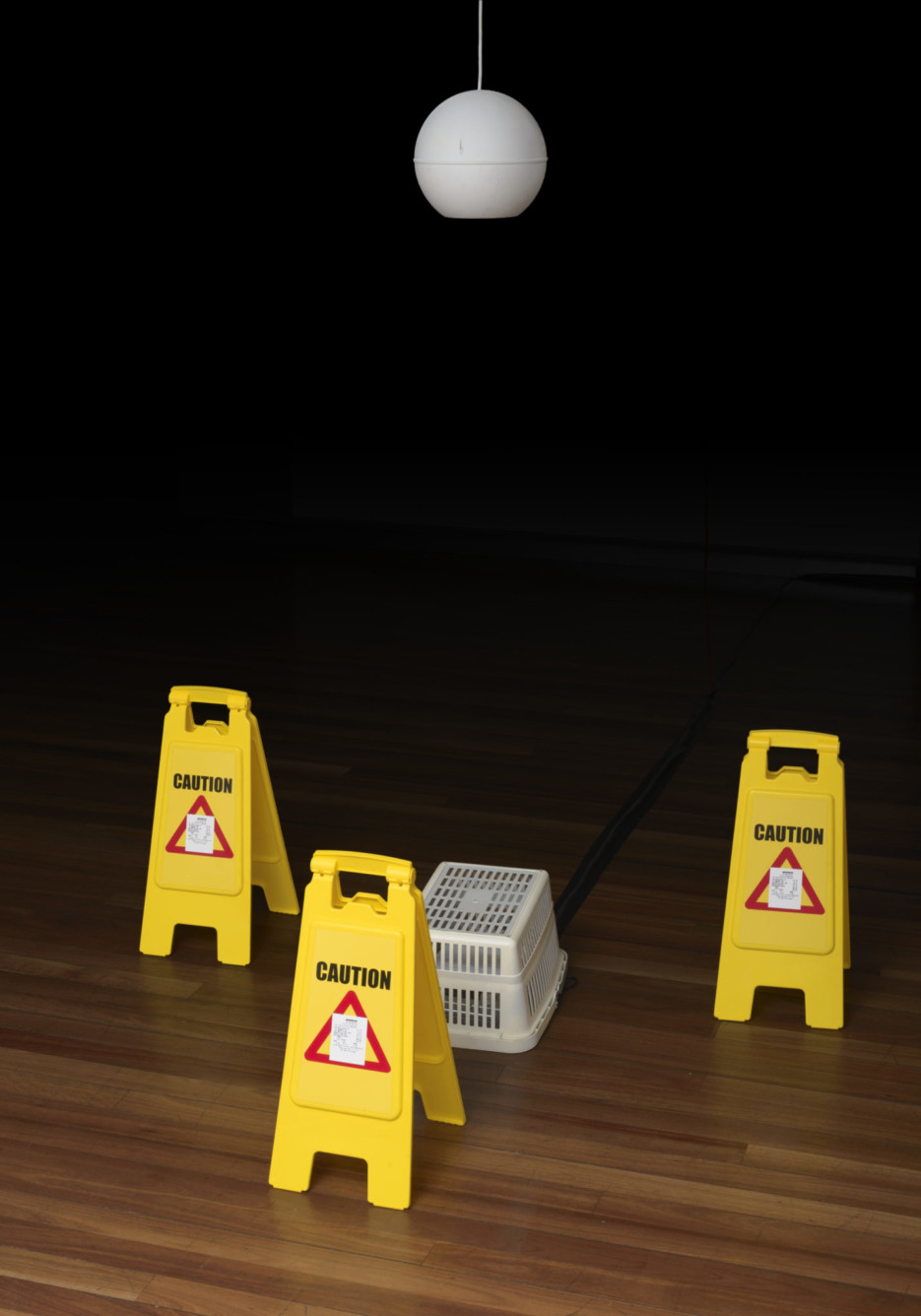 All Top 10 finalists are also placed on a two-day art professionalism course to assist them in managing their careers.

See all 2017 Absa L’Atelier artworks at the Absa Gallery until 27 October at Absa Towers North in Johannesburg. All artworks are available for sale.