Yasmin Furmie’s style is the envy of many, and perhaps the first thing you may notice when meeting this dynamic social worker-turned-designer and fashion guru. Having collaborated with the label Missshape in 2014, Yasmin now co-owns SiSi, a shirt label, and was recently a judge on the reality TV show Raw Silk.

She commands a following of over 5000 on Instagram — where her bio line aptly reads “never act your age” — and her shoe and sneaker collection is the envy of even the most dedicated collectors. I spent a morning chatting to the former model about her love for fashion, travel and the other things she cares about, chief among them, the general shift to the right in global politics.

A devout Muslim, Joburg born and based Yasmin spent nine years living in Australia where her extended family still live and where today, a ban on the burqa is  under discussion in Parliament as some seek to limit religious freedoms. In countries like France, Belgium and most recently Austria, the outer garment has already been outlawed, raising the question of whether those opposed to the burqa have even bothered to engage with the cultural nuances that inform a woman’s choice to wear them. We chat about this, defying society’s expectations and more. 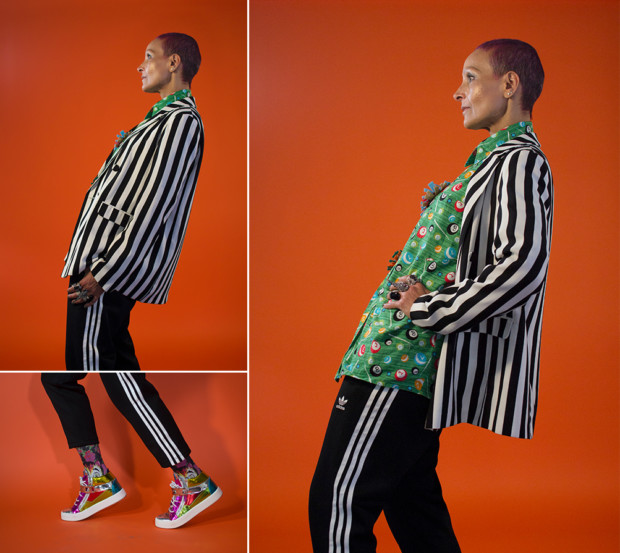 Who you are and why are you so famous?
I don’t know about being famous but people notice me because of my style; it tends to be a bit quirky. To go back a little bit, I was a social worker to begin with. But I was a social worker who had a great sense of style, which was probably a bit at odds with the profession I was in. I’m South African born, lived in Australia [for nine years], came back to South Africa. In the beginning people didn’t know me. I did some collaborations with some people and that’s how it all sort of came into being.

Speaking of those collaborations, you first got on my radar after you did the collaboration with Missshape. How did that come about?
In a very accidental way but it worked out really well. I saw one of the products for sale on Thithi Nteta’s Instagram. And I thought, I have to have it — it was a striped sweater with beautiful African print. And she said no, you need to contact this person, gave me the number, and I did. And when label founder Jamal Nxedlana rocked up with the item that I was purchasing, we just took an instant liking to each other. He said would you like to do something with me? I said, absolutely! And, yeah, the rest is history.

Speaking of style, how does fashion for you extend to other aspects of creativity?
If you’re informed by aesthetics, I think it has to go beyond just your clothes. It has to be food you eat, how good the food looks, how wonderful it tastes, where you travel to, what you do there, the museums you visit, the art you look at, the music you listen to it. I don’t think it can just be within one sphere. 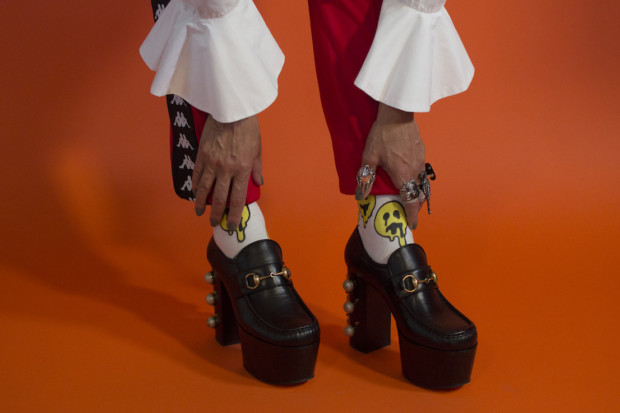 You’ve said in a previous interview that for you, dressing up is just about having a good sense of self. Do you care to elaborate a bit about that?
Your style evolves. It evolves with your growing sense of self and your self-confidence. When you’re younger, there’s a lot of questions around the clothes you wear and around yourself. But as you mature, you do it for yourself and others may admire it or look at it and go, “What the hell are you doing?” But that’s also okay, because to each his own. As long as I feel comfortable and I’m confident … it shows on the outside.

Let’s speak about some of your personal style icons. Who are they, and what is it about their style that stands out for you?
Well firstly, I always talk about Michelle Elie. She is distinct in her style. She’ll come out with oddly-shaped clothes and different fabrics. She’s a great admirer of Comme des Garçons and designer Yohji Yamamoto, so you know where her mind’s at. And I have to say I adore everybody’s icon, Iris Apfel because she has also defied the expectations of what society has said about women. And then of course I love Tracee Ellis Ross. I love quirky styles. I love people who take something very ordinary and just turn it on it’s head for a little bit. I admire Jenny Andrew who passed away [last week], because she stood out in that sea of grey, with her fabulous glasses and her bright colours. 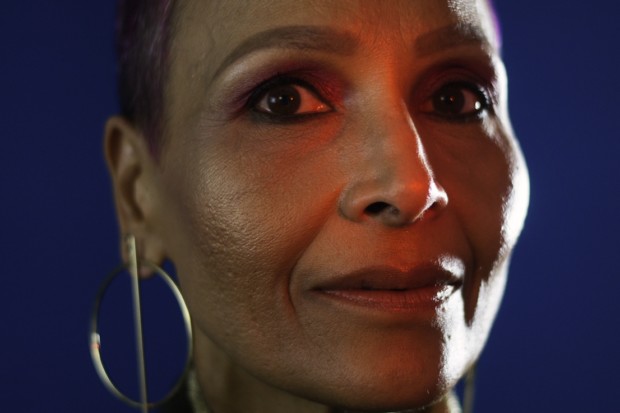 For me Jenny was that person I called one of the last style queens. But you’re playing in that league as well. Plus, you are an embodiment of eternal youth. And I think everybody wants to know, what’s your secret?
I’ll keep it a secret for now, maybe I’ll bottle it and sell it later. No, I joke. Look, I think it’s certainly good genes. My mom looks great for her age. My dad did. But generally it’s a healthy lifestyle, for me. A good frame of mind. So I think that keeps me feeling energetic, feeling youthful. You can’t defy age but I think you can change your attitude to life. And I don’t want to be that person whose number defines where they’re at in life.

You have a shirt range, are you putting out another line?
We have a range called SiSi, with my friend [designer] Cynthia Ally. We do a collection of white shirts in different styles. It launched last year and was quite successful. So yes, there’s a new line in production at the moment, which should be finished in about two weeks. We intend having a pop-up shop. At the moment that’s what we’re sticking with but we’ve added some men’s shirts to this collection as well. Our shirts are shirts that anybody can wear, they’re not specifically for men. But guys have said, “and what about us”, so we’ve added that.

It’s exciting to see people talking about their freedom of expression online. But at the same time we see world politics shifting towards a more rightwing perspective. We spoke earlier about the Austrian and French ban on the burqa, and Germany going through the same sort of thing while Australia debates the ban in Parliament. What would you say are the repercussions of that?
Sadly, the shift after the ’90s has moved very much to the right, and in relation to Muslim women, for instance, this affects them. It’s directed at Muslim women who are either half veiled or fully veiled and to me it doesn’t sit right. First of all because my politics never leans to the right, and I think people should be free to express their religion in the way they want to. As a Muslim woman, I may not agree that it’s ok to cover your face or to have your head covered but people choose where they want to be. I choose to be uncovered, somebody chooses to cover and I think they should be left to do that.

I think that it’s also a great misunderstanding of the Islamic faith as well.
In South Africa we are uniquely placed in that I think we’ve always had a bit more tolerance here, so we don’t have to go through the heavy protest against government banning. I think in South Africa we are fairly — I am not saying it’s ideal — but I feel we are fairly okay with where people are in terms of the acceptance of women with veils. 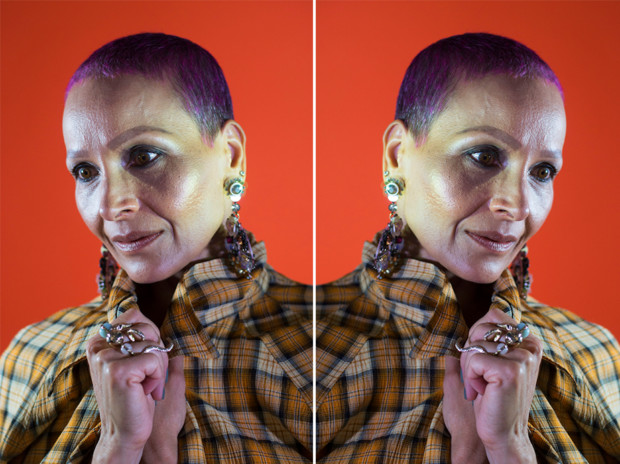 Before I let you go let’s talk about your shoe collection. Tell me about your relationship with shoes?
I don’t know if I want to call myself an addict or a hoarder, maybe psychologists are listening, but I have a lot of shoes and sneakers. My relationship with shoes has been there from the earliest of my memories. Going into town, then, with mom to buy beautiful socks and shoes. Those were my great memories, spending Saturdays with her, and I don’t think the shoe thing has ever stopped. It went through iterations but I added sneakers to it because it’s familiar.

What’s your favourite type of shoe?
I like masculine-looking shoes, I like chunky shoes and I like comfortable shoes. But they must look good. They can’t be these granny shoes. They have to be funky, stylish but comfortable.

Thank you very much for giving us your time. Have a fabulous one.
Thank you. It’s been a pleasure. 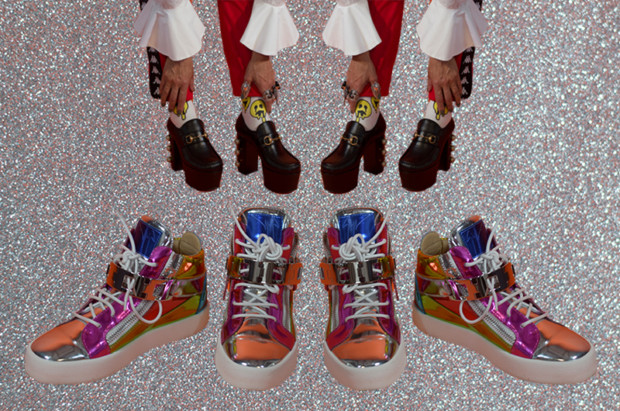 This interview has been edited. Look out for full conversation out on podcast.