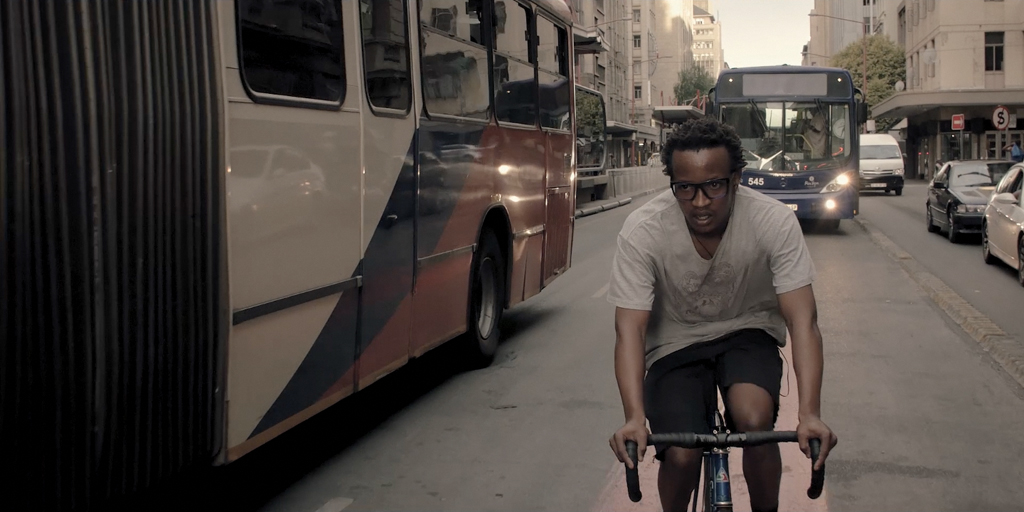 Posted at 12:50h in Documentary, film by Nikki Zakkas
0 Likes

Pls Do Not Count This is a six-minute film following cyclist Wandile Msomi through Joburg’s bustling city centre. The short was directed by Jonathan Pinkhard and Adam McConnachie of collective Band A Part, and filmed over a period of six months from July to December 2016.

For Wandile, who owns independent skateboard company Funisu Skateboards, the project represented an opportunity to condense three years of commuting on a track bike into something worthwhile.

“We wanted to understand and convey the feeling of riding through Johannesburg city. We wanted to depict the dance with traffic, pedestrians and the ever present Rea Vaya bus,” Wandile explains.

Their filming sessions were impromptu and created by two filmmakers with a camera on a motorbike, capturing Wandile moving through the city on his bicycle. “Jonathan would call me up and say, ‘Hey Wands, you free this afternoon?’ And later they’d meet at my place and we’d head into town.

“It was just the three of us; Jonathan wielding the camera off the back of the motorbike with Adam maneuvering the motorbike through the traffic to put them in position to get the shot while I did my thing.” 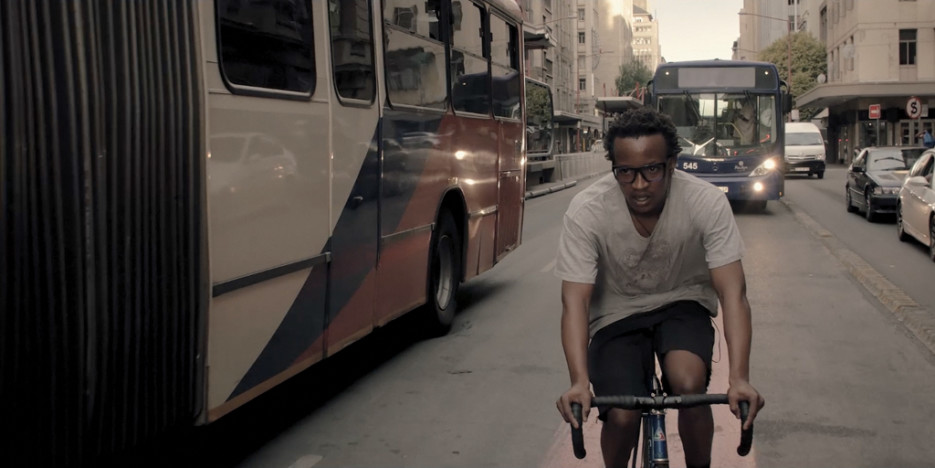 They shot the majority of the footage on one Friday afternoon in Hillbrow. “It was rush hour when we got into Hillbrow. The traffic was at a standstill. We nearly called off the session because it looked unrideable, But we said, fuck it let’s go anyway. When we got to the summit of Twist [street], the traffic opened up just enough and we bombed it and it all just came together.” Follow Band A Part