Ghanaian society typically takes a conservative stance on issues of sex and sexuality, and especially when it comes to the bodies of women. These topics are treated as apparitions, spoken about in obscure anecdotes and hushed metaphors. Priscilla Kennedy, a young Ghanaian artist, challenges this silence by making a bold statement in her work to prompt conversation around the female form and its sexuality.

By employing embroidery as her medium, Priscilla weaves an unfiltered narrative around the female form on the keffiyeh (a scarf typically worn in the Arab world). Her choice of material is not only aesthetic, but engages the symbolic nature of the checkered material. One of her pieces, Untitled 2016, recently fetched her the 1st Merit Award at the 37th edition of the Absa L’Atelier competition in Johannesburg. I caught up with her to trace the threads in her work. 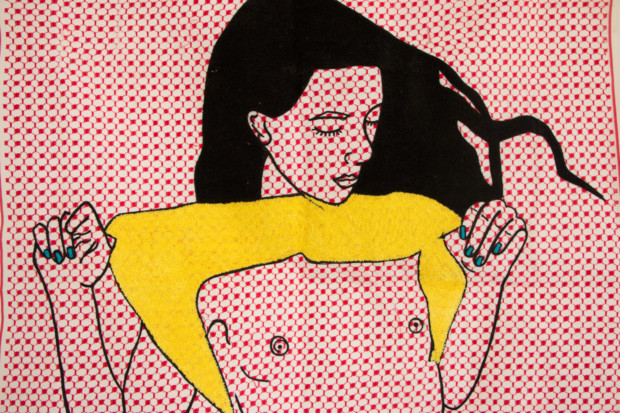 How would you describe your work as an artist?
I am an artist in exploration, using art as a means to engage with the world about the beauty and politics of art. I perceive my work as a process of painting that speaks with the language of embroidery as a part of the concept, but not the centre of focus.

Where did the idea to use embroidery come from?
I was inspired by my love for crafts and decided to fuse my interests with my practice. I found it quite interesting how the thread and needle mimic a pencil or a paintbrush. More so, I liked the idea of female representation through embroidery since it’s been so much identified with femininity.

Your work overtly expresses freedom and sexuality. Given how largely conservative Ghanaian society is on these issues, what have been some of the reactions to your work?
Most people found my pieces more interesting and thoroughly enjoyable because of the kind of iconography used and the paradox presented. 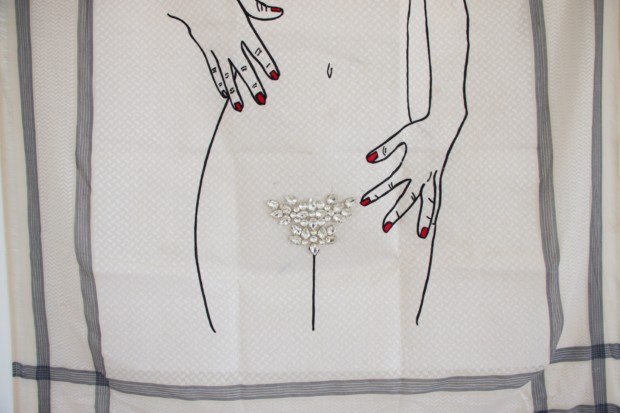 Your primary medium is the keffiyeh. Why did you decided to use this as your canvas to express the liberty of the female form?
I find the keffiyeh as a potent material layered with heaps of masculine and associated connotations, considering its functions and visual rendition in relation to its grid patterns. Men are often associated with grit and rigidity, so with the kind of iconography that surfaces the material, it actually accomplishes the aim of bringing female visibility through both the material (keffiyeh) and approach.

Ghanaian culture is also characterised by the use of various scarves and head gear worn mainly by women. Do you plan to include some of these unique facets of Ghanaian culture into your work?
Head scarves have been one of the common traditions and recent fashion trends among women of all classes here in Ghana. I have already started exploring with some of these scarfs and other native fabrics worn by some ethnic groups on important occasions, and I’m still in the process of exploration. 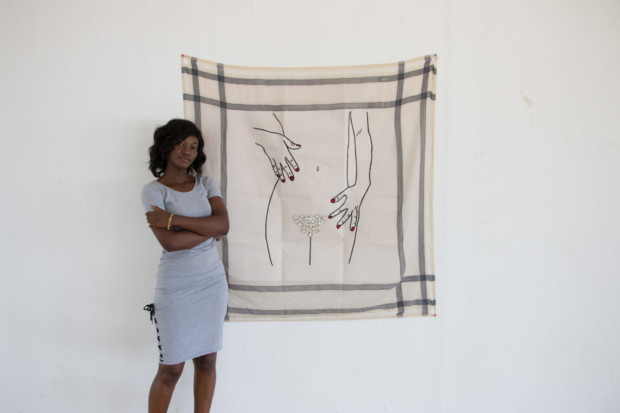 You were also selected as one of the winners of the Absa L’Atelier art competition 2017 and you’re still studying towards your Bachelor’s Degree. What has the experience of winning such a competition been like?
I’m thankful for the recognition. I actually have my Bachelor’s now and I’m planning to pursue my Master’s degree. Winning the 1st Merit Award has been completely overwhelming. It has been one of the best experiences so far and I see it as a stepping stone to higher grounds. I’m looking forward to having more of these experiences and opportunities.

What’s your opinion on artists and social media? Is there any specific reason why your work is not widely available online?
I believe that social media accords with the contemporary world, of which globalisation in art is keen both in the dissemination of ideas in art and also allowing networking of ideas globally. It acts as bridging the gap between classes and making art accessible without boundaries. This is important because it seeks to give every individual some kind of freedom in expressing and accessing ideas. Yet, I believe that not all works can best be experienced virtually, considering the kind of rendition or what the artist wants to communicate. But I do have some of my works on Instagram. 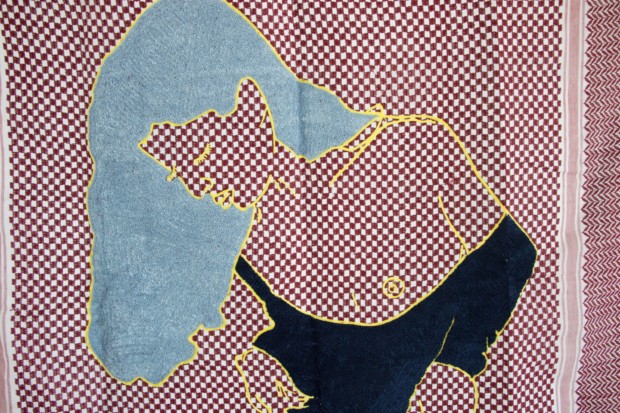