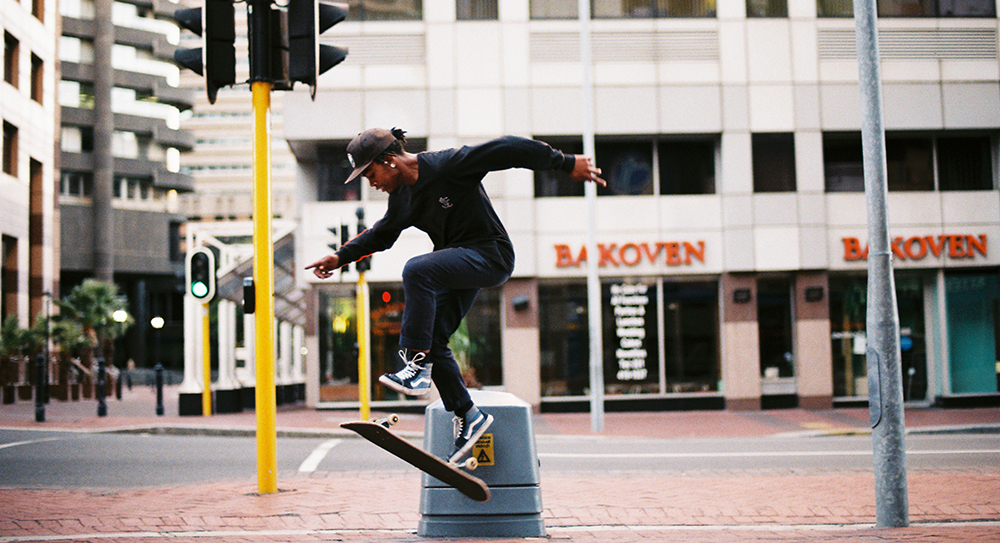 There’s a wealth of artists and writers who have been inspired by Cape Town. Heralded for its jagged mountains, glittering coastline and rolling vineyards, the city’s scenery is sublime. But beyond the merits of its natural charm, Cape Town is also mired in inequality – a deeply entrenched racial and economic unevenness that 23 years of democracy has barely been able to shift.

Catherine Rudolph is a writer, photographer and co-founder of N.U.D.E, a collective that aims to showcase the work of young artists. Here, she shares a project called My Day With, which she describes as “a praise song to coincidence and the beautiful fruits growing right in front of our eyes but that we often don’t see stuck in our everyday preoccupations”. 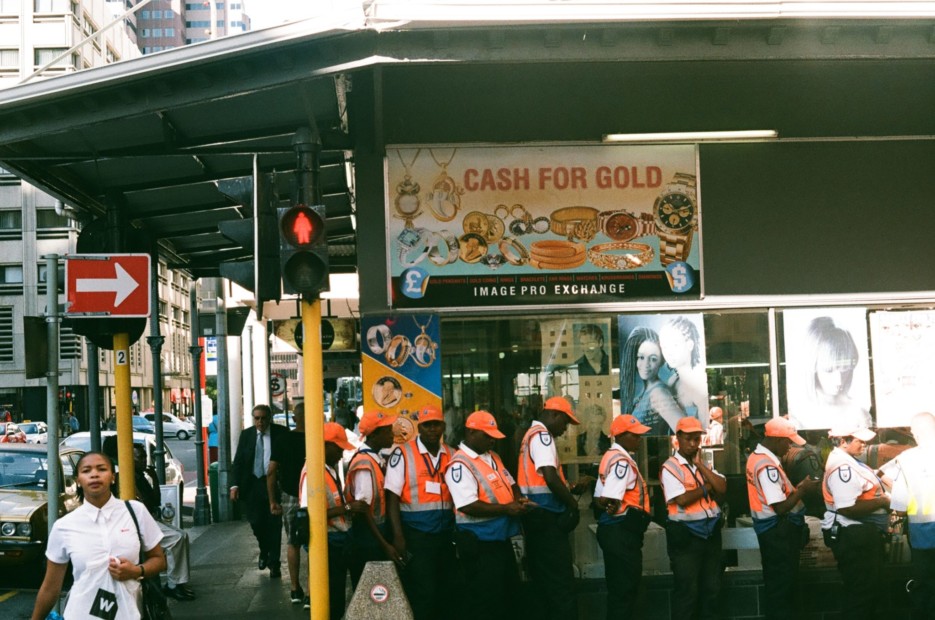 “My photographs are a tribute to the Mother City, which has so many diverse and hidden fruits that it might well be called the hanging gardens of Babylon. I believe in this project, because Cape Town is a place where the full spectrum of human story lies.” — Catherine 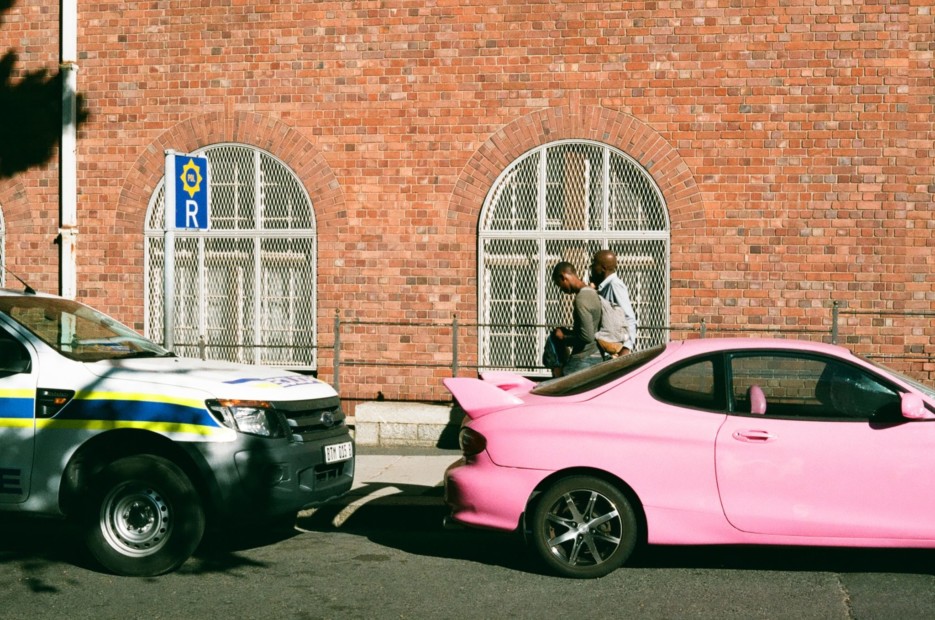 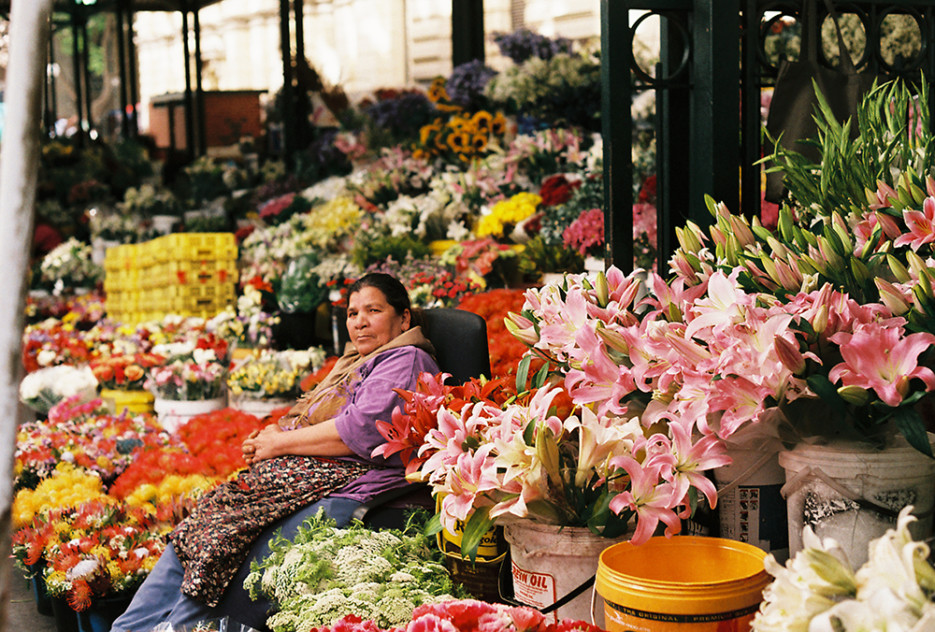 Earlier this year, Cape Town-born and raised creative Aisha-bibi moved to Johannesburg to complete an internship at advertising agency OFyt. Below, she shares her break up letter to the city. 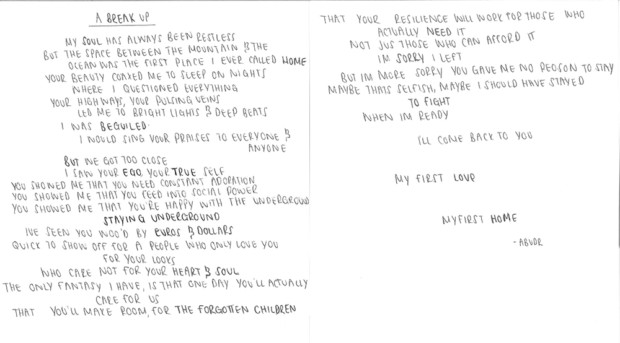 Saara is currently completing her Master’s at Michaelis School of Fine Art on coloured women and belonging in the clothing industry. Here, she shares “memorabilia from the Cape Flats”. 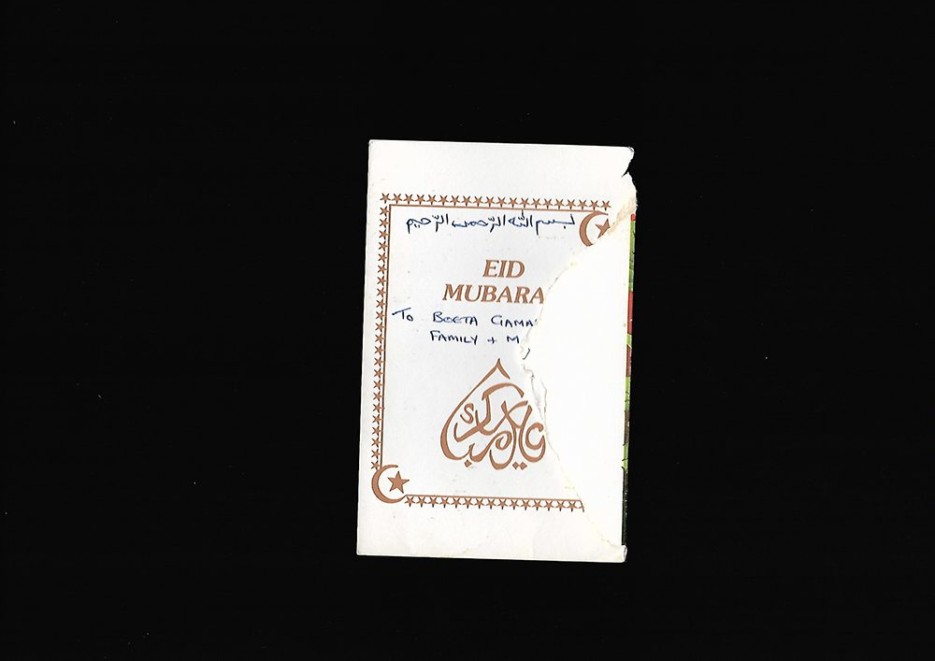 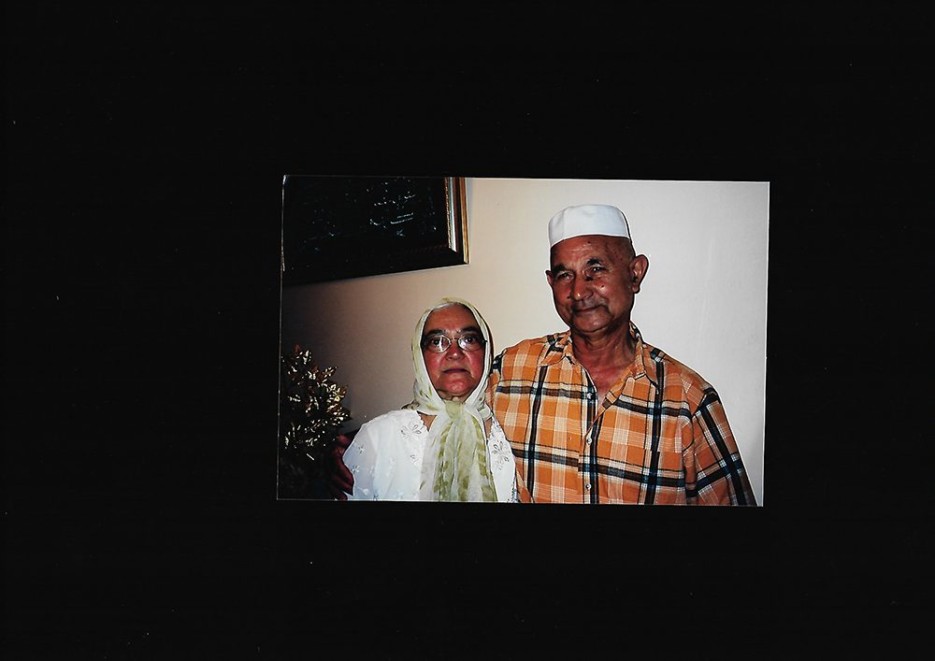 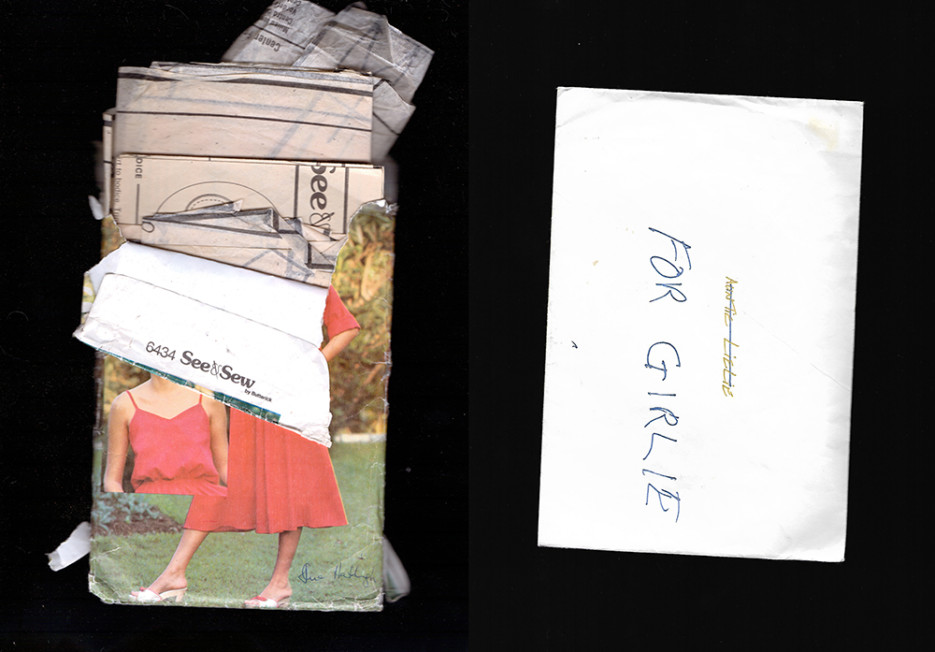 “Stuffed in an old re-purposed gift bag at the bottom of the closet lies a small collection of a life time of memorabilia from the Cape Flats. As a child I was always curious about this bag of things adults deemed important enough to hold on to and store so carefully out of sight. Upon the passing of my late grandmother, I finally gained access to this bag resting at the base of her wardrobe.

“In this collection of memorabilia, I discovered an array of objects ranging from ID cards to half of an anniversary card. Without realising it, I found myself unpacking the lived experiences of my grandmother, a dressmaker from Crawford. Her mother was a dressmaker too, and so was my mother. She used to sell socks and nighties in the roads of Athlone with my grandfather every Saturday morning. Rummaging through these objects a pattern develops and an inherent sense of religion, values, skills and
Cape Malay identity shines through.

“This mixture of official documents and sentimental memorabilia, echoes the lived experience of the people of the Cape Flats.” — Saara

Lidudumalingani, an award-winning writer, photographer and filmmaker residing in Cape Town, shares a film photograph that expresses his thoughts and feelings about the place. 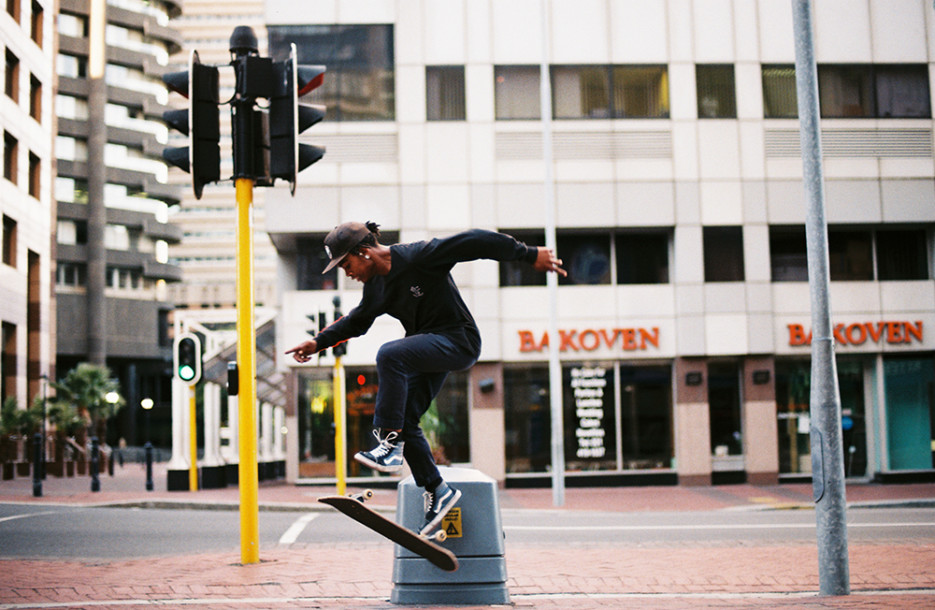 “Cape Town is a city where the rich and the poor collide. The PR about the city does not cater for the majority of the population, who due to the forced removal of people, live on the outskirts in places like the Cape Flats and Khayelitsha. This image captures the necessary and deliberate occupation of the city, which is part of the reason why I love it. At times it redeems itself and betrays the PR that the government wants everyone to believe. My image tells lateral narratives and one that exists in this frame is the way in which the city is designed and what it caters for. — Lidudumalingani

Liam is a writer of mostly fiction. His poems, short stories and novellas have been published in various literary publications. Cape Town is the backdrop and inspiration behind this piece, titled I Miss The Hotel Most.

The hotel the first mayor built, now a sushi place. The house where your grandmother was born, now an open field. The old friend’s apartment, now a student bar. The scene of your greatest romantic embarrassment, now just a street corner and you’re not even sure which one (this is a lie. You absolutely know which one, just sometimes it changes). You become a local of this city, perhaps any city, when you begin to navigate it by things that aren’t there any more – a sign that you’ve paid your dues to this place in hours and in days. Though this city will twist that knife a little further than most because behind this doomed itinerary of restaurants and coffee shops and holes-in-the-wall where they knew your name, there is that which does not change; clouds pour over the same rough line of mountain, which will still beggar you some evenings with its beauty. Light bounces off the same off-silver sea and the same neighbourhoods are carved up by the same freeways even when the names change. And our best hope to be more than a time-lapse flicker on the surface of this topography is that one day we too will be transformed into an absence against which someone else again will navigate by. Not much but not nothing and even for this we find ourselves surprisingly grateful. — Liam 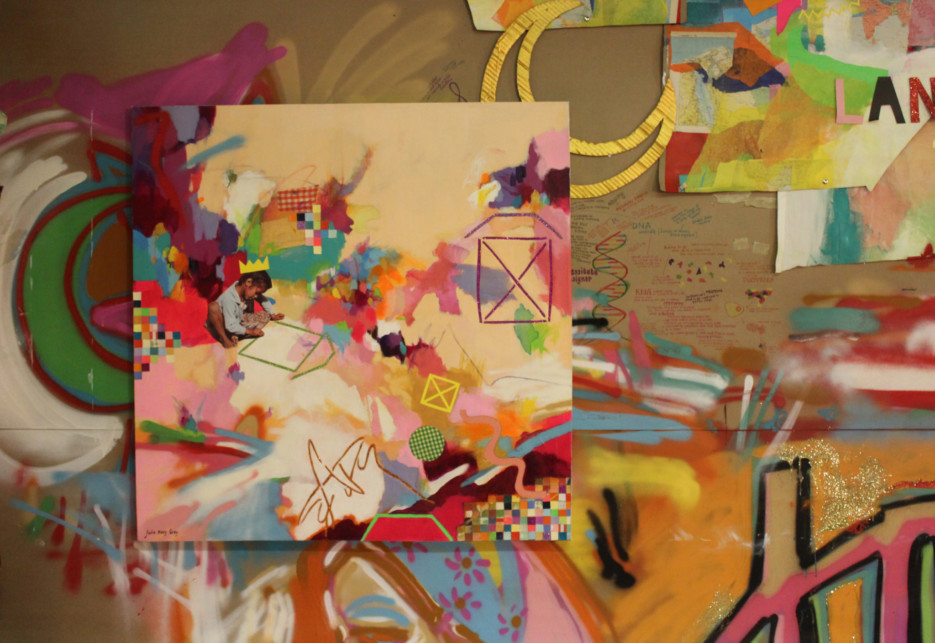 “Everything about living in Cape Town has affected my work. There is the beauty of it which is obvious but most pertinent is the disconnect between those who have and don’t have. Growing up in a wealthy, leafy suburb is an almost impossible thing to make sense of. When people used to ask where I lived, I would mutter Constantia under my breath.

“In Cape Town, privilege has a geographical aspect to it and mine was overt. It weaves its way into your psychology. Knowing how to move through those uncomfortable truths so that you might be of best service is not an overnight answer or a onetime intellectual insight. You really have to work at it psychologically, spiritually and somatically over time.

“Living in Cape Town is a hotbed for that processing. It doesn’t exist in lieu of real world solutions but in my mind the inner work shapes how you approach real world work and how you choose to use your resources.” — Julia