Posted at 14:38h in Art by Ghairunisa Galeta
0 Likes

“There are five bits of female genitalia that could be impacted by cancer,” began an article I recently read. Betcha can’t name all five. Can you?

To think, practically speaking, that the parts of the anatomy most associated with life and pleasure are simultaneously the most shamed, mysterious and misunderstood. What’s “normal”, worth talking about or naming, without hmmhawing, giggling or blushing?

For over 20 years, the de-mystification of vaginal form and function has been a lightweight mission of mine. I have designed curricula on anatomical basics, for adolescents and adults; and made sure that my own daughter never called her vagina by any other name, well because, body safety knowledge … and because, why should she?

All are often starting from the same place of embarrassment, ignorance or celebration of skewed norms. Apparently some most self-reflective “yogis” are opting to re-design them for yoga pants. From this I thought to reach out to a few designers to reflect inwardly on their own. So here’s to our designer vaginas and the women who own them.

Nosipho Nxele, aka Nosy, is an illustrator based in Joburg. 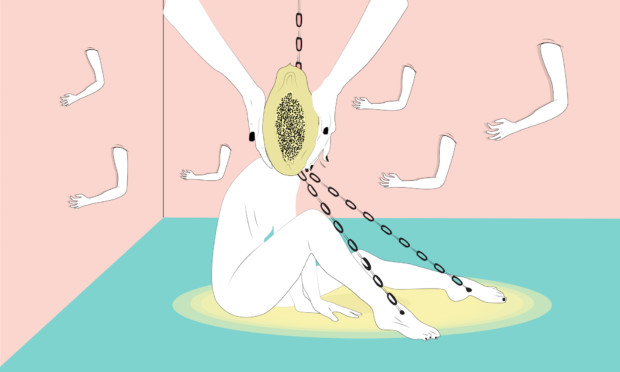 Growing up as a black girl, “private parts” was never part of the topic for us. It’s what stayed inside the panties and boys weren’t allowed to touch it, so we kept it there. But then, we grew up and things started happening to our vaginas: monthly bleedings, infections, hair grew around it and when we kissed boys, they ran their hands over it. Clearly it was no longer that private but it became a huge part of being a girl and we had to take care of it.

This illustration depicts how women have been viewed as “walking vaginas” in a society where we are so exposed and vulnerable to sex, rape and being disrespected. 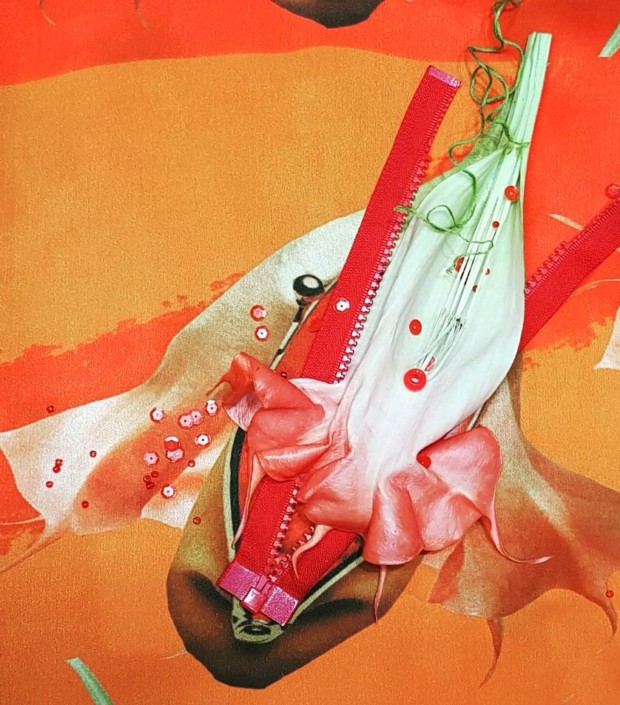 “Call it by its name and have no shame.” A quote by the femme project, a conceptual art effort focused on addressing the themes of femininity, sex and sexuality and equality.

Bunny is a writer and artist based in Joburg and London.

I made a quick sketch of a vagina using tape. I was surprised at how easy I felt about it. Growing up, we called it a “cookie”, a cutesified name that never really matured— in fact, my mother, a feminist, still calls it her “bum”.

We weren’t given lessons on pleasure or pain or access. Recently, I had cancerous cells removed from my cervix. There was so little information on offer about how to recover from it. Desperate, I turned to close friends, online forums and volunteer-run charities that provide information to womxn having difficulty recovering from these procedures.

We are inundated by the idea of the vagina. People are drawing them all over the place. But even though they are everywhere, I wonder if we are really talking about it enough. This is not the best sketch I’ve ever made, but I thought to submit it because it came easily. May yours too.

Tamara Weetman is a Centurion-based graphic designer and student. 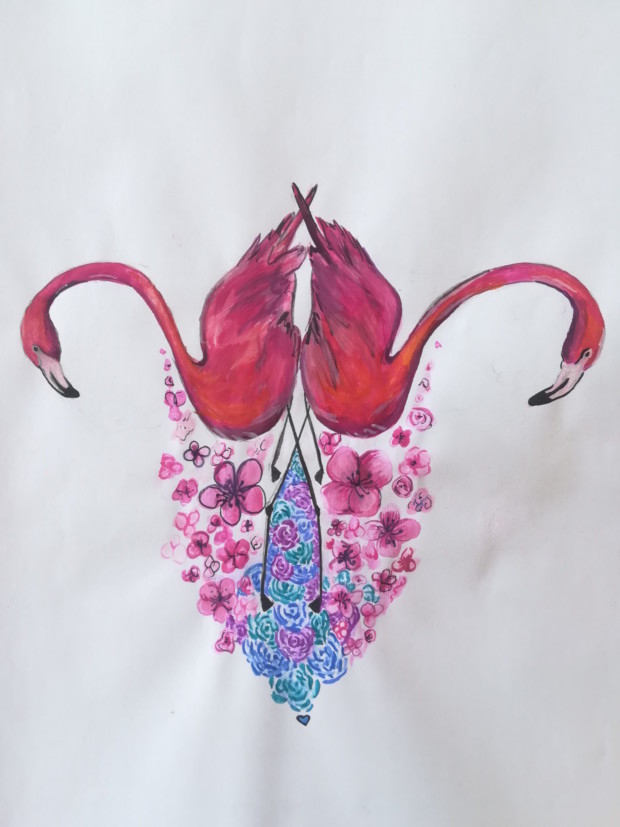 The flamingo has always been a bold, confident bird. This is juxtaposed against how females view their bodily functions, which are often hidden away. But we shouldn’t shy away from the natural processes of our bodies, we should embrace them. Similar to the flower, which is unafraid to bloom. Our bodies are stubbornly permanent and we should be bold when referring to them.

Neo Mahlangu is a self-taught fine artist and graphic designer based in Joburg. 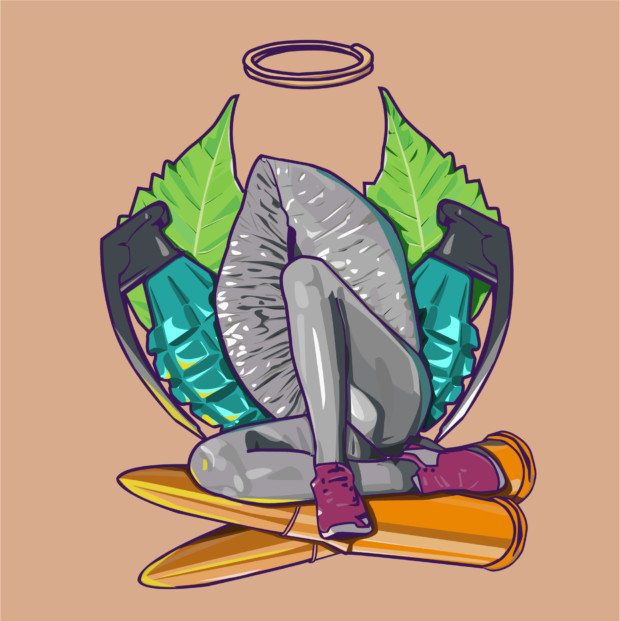 Growing up, I had always been told that the vagina is sacred and powerful. That it is a gift that should be kept safe, used with caution and only when the time is right. In my mind, having one came with so many limitations, so many restrictions and unnecessary expectations! It almost felt like I had possession of a form of weapon.

It’s unfortunate that I’ve always felt that possessing a vagina also meant that I have a target on my back. A target of being cat called, being harassed or undermined at first glance. As if when I walk in the street, or into a meeting, that is all that men (and sadly, other women) see. As powerful as it is, as life giving as it can be, at times it felt like a lot to carry. But fortunately, through the support of the strong and honest women in my life, I’m learning to see it more as a blessing that holds incredible power. 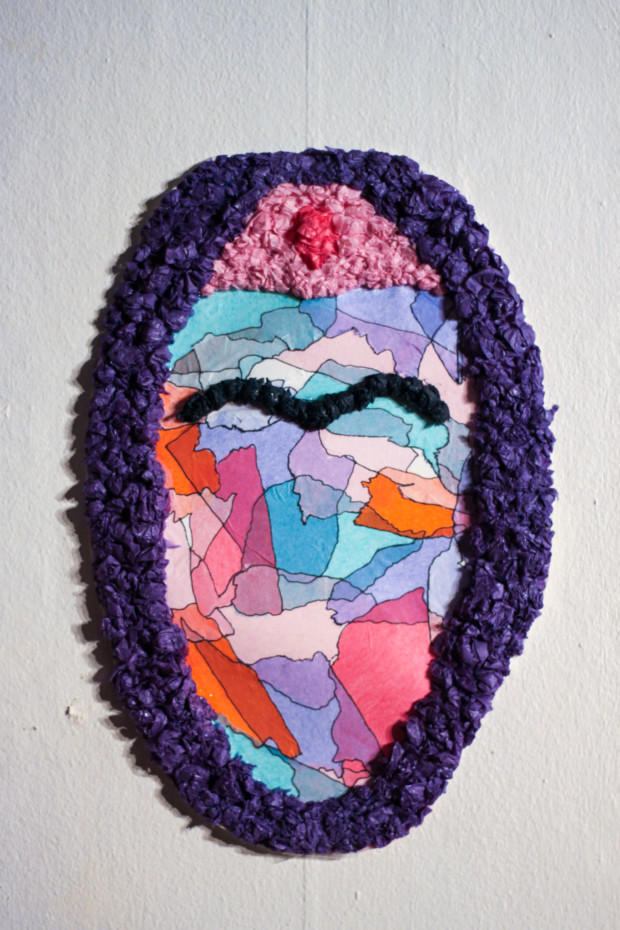 My vagina is depicted as a portrait called Zahra. She’s a flower with many superpowers and she wears her clitoris as her crown. This piece is about celebrating womxnhood, life and all the spectrums that comes with having a vagina.

It’s also inspired by one of my biggest idols, Frida Kahlo. The reason I put her signum on my piece is because I adore her way of being such a diverse woman.