25 Oct Stand up! Here are the womxn taking over South Africa’s comedy scene

Posted at 11:27h in Comics by Nikki Zakkas
0 Likes

We shine the spotlight on seven womxn taking the comedy world by storm. For industry veterans like Shimmy Isaacs and Noko Moswete, and emerging comics Leah Jazz, Lindy Johnson and Kate Pinchuck, it’s all about making comedy. Despite their efforts and the womxn comics before them, the industry — like many others — is affected with gender inequality. According to a recent survey on Forbes, looking at the international comedy scene, 25% of comedians are female.

“In the stand-up world, the situation is no less gender-skewed. Last year, all 10 of the highest-paid comedians — collectively netting a cool $173-million — were guys. By our count, of the 683 people big enough to warrant inclusion on Wiki’s list of “American Stand-up Comedians,” just 92 are women. That equates to a not-so-funny 13%,” according to a HuffPost blog, ‘Why the Gender Gap in Comedy Isn’t That Funny’. 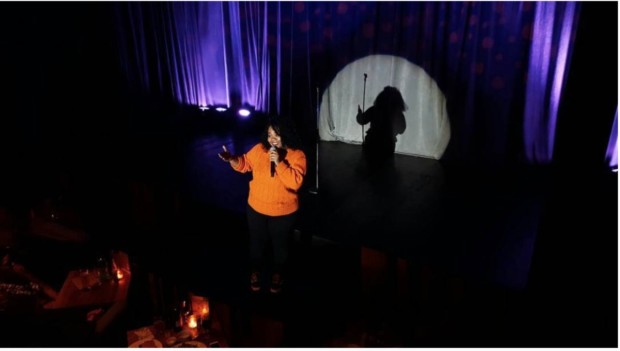 And we suspect it isn’t much different in the South African comedy circuit, which Marianne Thamm, founder of the Cape Town-based quartet of female comedians, Cracks Only, describes as being “quite competitive and driven by testosterone”.

“I get a lot of positive responses from womxn in the audiences who are stoked that even a microscopic part of their experience is represented on stage,” shares 24-year-old comedian Kate Pinchuck who, along with her peers, are bringing fresh jokes to a field where the exclusion of womxn echoes throughout the live circuit. We chat to some emerging comics and highlight some of our favourite established ones who’ve got the country cracking up. 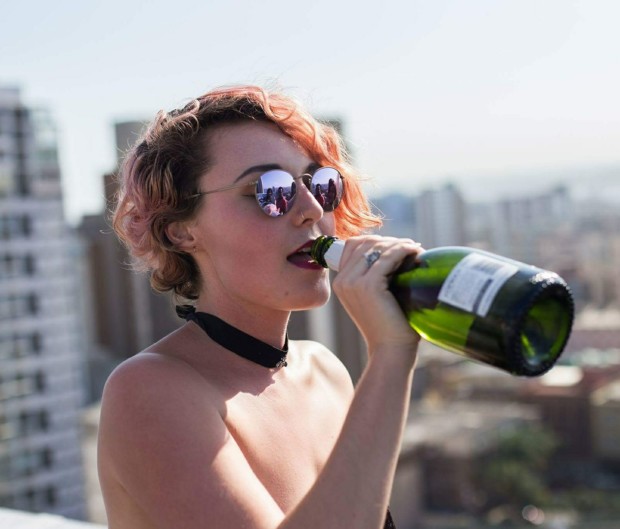 Coming from Port Edward and having traveled across the globe, Durban-based comedian Leah Jazz is not afraid to talk about the world the way she sees it. She is vocal about her political beliefs, especially on Twitter, and is good at balancing humour with a social message. “I talk about #MenAreTrash, feminist issues, global issues, family. I like to offer a funny perspective on serious issues in order to make people think about them,” she shares.
How did you get into comedy?
It kind of started as a joke. I used to work in education and then one kid told me I was bad at life before telling me I was a bad friend. When I responded with, ‘I’m not your fucking friend, kid,” I realised that I should probably be doing something else. So I tried comedy just for fun and then I kept getting booked for gigs. I guess you’re stuck with me now.
What makes you laugh? I really like dark humour and absurdism, which are both great tools for revealing truths about the world. – Follow Leah 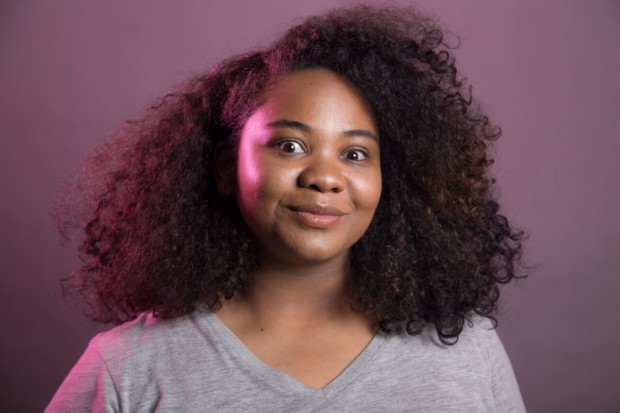 Lindy Johnson’s out-there personality makes her appearances especially memorable. Earlier this year she won The Savanna Show Us Your Apples Stand Up Competition, which took place at the Baxter Theatre Centre in Rondebosch. “Hearing a 600-seater audience laugh at my jokes was a surreal experience. I was there for four weeks and every night I thought, ‘this is real, you’re really a comedian,'” she shares.
What are some of the themes that you explore? I take a cynical look at millennial life, being a single women, living with my parents and feminism.
What’s your take on the South African standup comedy scene? When men gather in large groups and only have each other as a point of reference, things can get quite messy. The love and support between all the lady comics makes up for a lot. – Follow Lindy 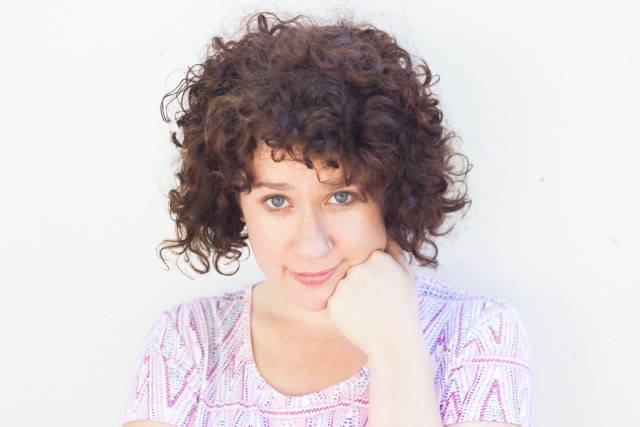 Kate stumbled into standup after studying Drama at Rhodes University. She now resides in Cape Town, where she is pursuing her passion for comedy, acting and writing. Her material explores personal topics ranging from family to dating.
How do you balance serious and funny?
For me, a lot of the funniest things come from something serious anyway, or a place of vulnerability and honesty, so I feel like it happens organically.
What’s it like being a womxn in South African standup comedy?
The worst thing is how often I get asked what my experience is as a woman before I get asked what my experience is as a comedian, which pretty much illustrates the disparity for itself. Often there isn’t more than one woman on a line-up, so there’s this pressure then to be the representative for all the people in your group, which is obviously impossible as I’m speaking from my personal experience.
Could you tell us a joke?
Nah. – Follow Kate.

4 womxn comics we know and love 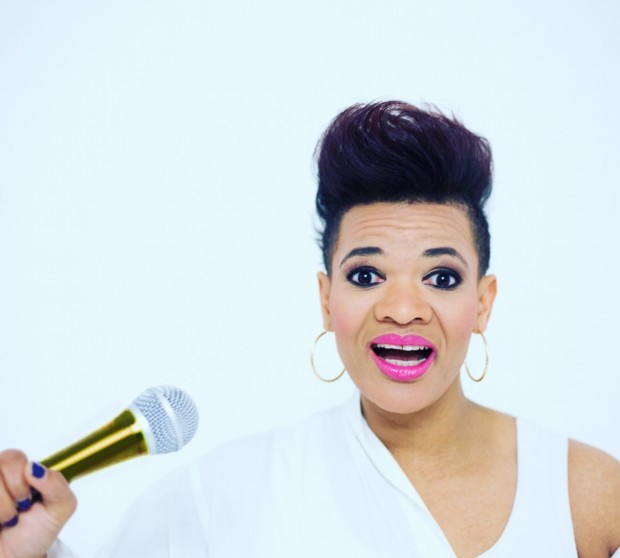 In addition to her standup, Shimmy has had a illustrious career as a comedian, actress, scriptwriter and producer. Her most recognisable work might be the two-time national award winning production Howzit My Bra, which she created and produced in 2012. Shimmy can be seen at Cape Town’s various standup comedy venues and upcoming theatre productions. – Follow Shimmy 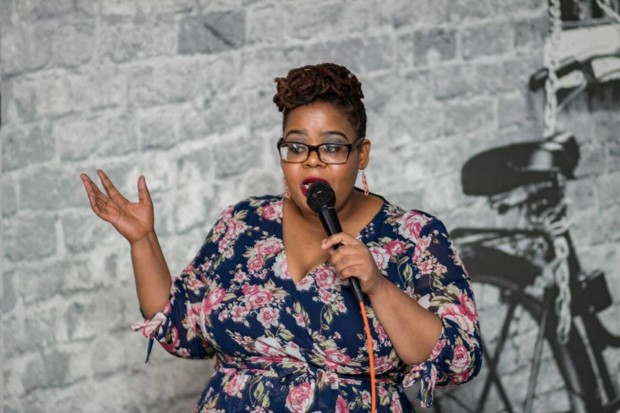 Self-described storyteller Noko has made a name for herself making people laugh. Her standup style is honest and heartfelt, drawing inspiration from her everyday experience. Noko has shared the stage with top-loved entertainers, like Mashabela Galane, Kagiso Lediga, Roni Modimola and Kedibone Mulaudzi to name just a few. One of her biggest highlights was performing at the Satma 2014 and the recently held Tshwane’s Finest Comedy Festival. – Follow Noko 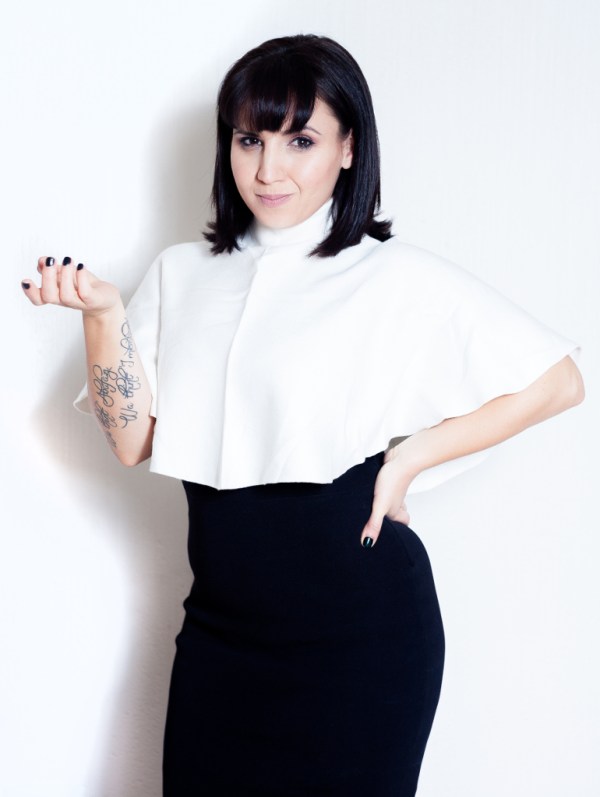 With over a decade of standup experience, and having performed across the country and internationally at major festivals, Johannesburg-based Nina Hastie has cemented her place amongst South African comedy greats. When not winning over crowds in comedy clubs, she is a regular on South African television and radio, plus writes a weekly column in The Times, called Oh the Agony. – Follow Nina. 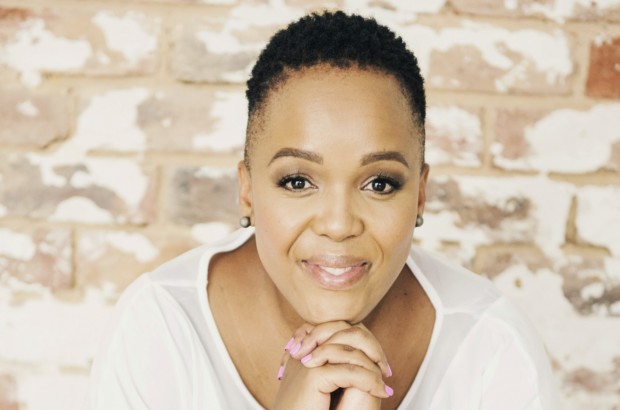 An entertainer at heart, Tumi Morake seamlessly moves from screen to stage, juggling multiple careers as a theatre director, writer, actress and showstopping comic. Her most recent work includes her one-woman show, HERStory, which she performed on two consecutive nights to full-house audiences at the Lyric Theatre in Joburg. She has also appeared on the lineup of TV’s Mzansi Magics – Rockville. – Follow Tumi.