Posted at 10:12h in Comics, Illustration by Nikki Zakkas
0 Likes

In honour of Halloween, we invited six artists from across the continent to share horror illustrations guaranteed to make your heart beat faster. From the supernatural to science fiction, Junior Ba, Nikhil Singh, Ian Jepson, Vincent Sammy, Elio Moavero and Bill Masuku capture dark, fantasy scenes and reveal why they draw on such deadly themes.

Hailing from Dakar, Senegal and now residing in the south of France, Juni Ba is a 25-year-old illustrator and comic artist whose work draws on African mythology, Sci-Fi and fantasy themes. 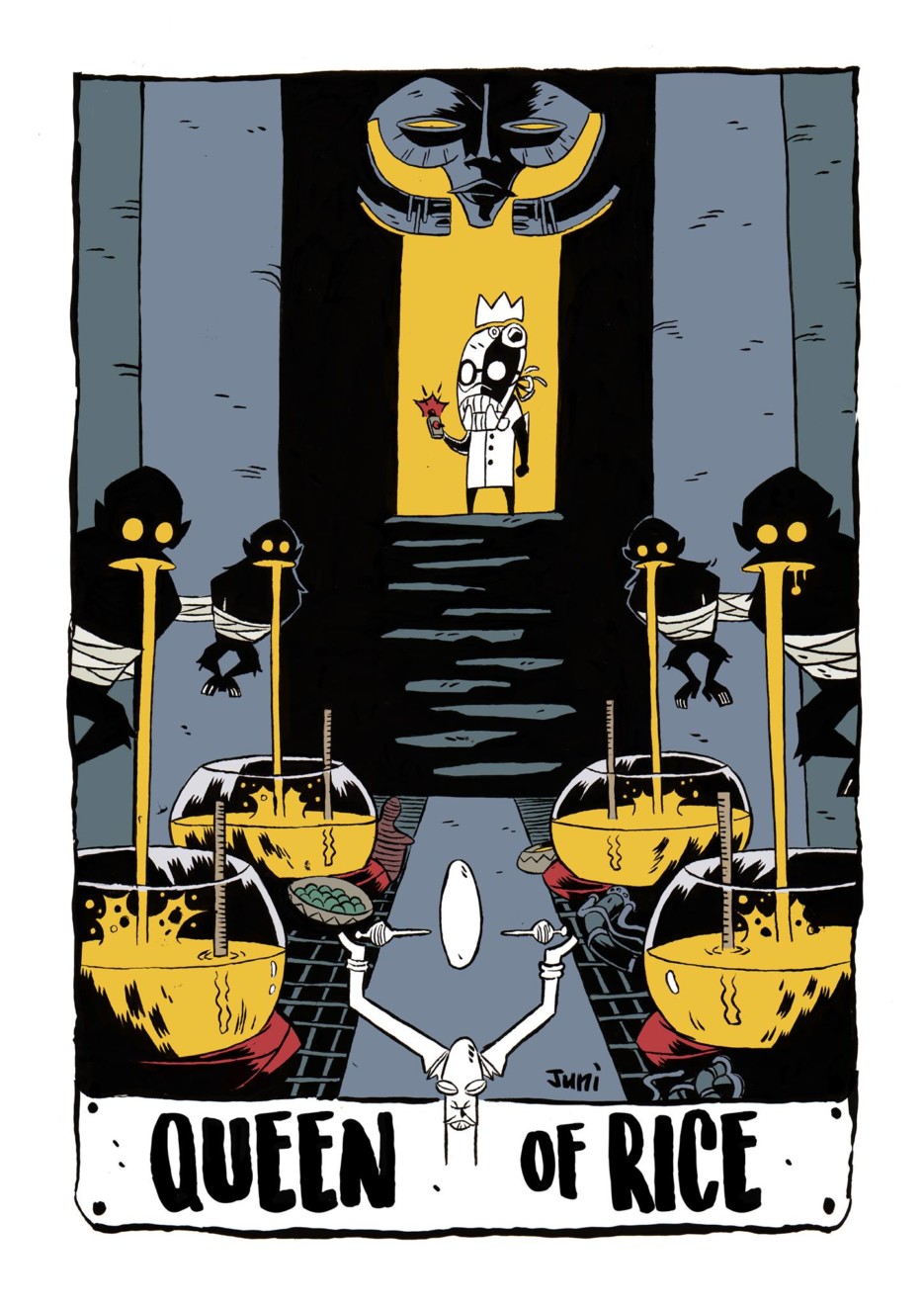 Medium of choice: Ink
What is this artwork about?
I made Queen of Rice to illustrate a Hausa folktale about three wives who compete for their husband’s favour. In the tale, the queen cooks the greatest meals with a single grain of rice. I thought it would be funny to imagine her using that grain to make creatures salivate a yellow sauce.
What do you want people to feel from your illustrations?
Fun and surprise. I like it when people look at my art and go, “Haha, what?”.

Ian Jepson is a Cape-Town based freelance illustrator and designer. He is known for his eye-catching poster designs for some of the country’s coolest local acts and events. 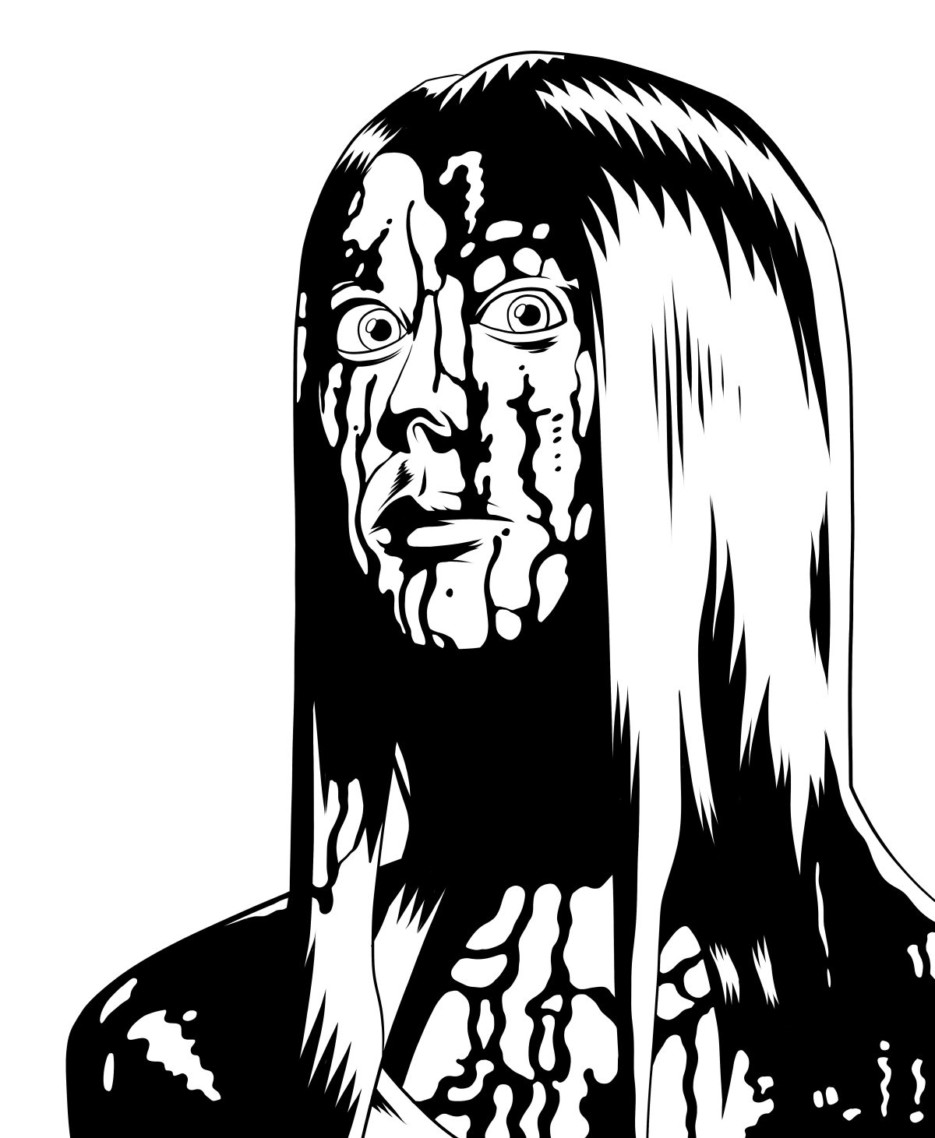 Medium of choice: Digital.
What is this artwork about?
I’ve been making a horror portrait a day for Inktober, spending about one to two hours on each piece and choosing my favourite characters from horror films as the subjects. I’m hugely into horror films, especially from the ’70s and ’80s and especially if they’re pretty trashy. This portrait is of Carrie, played by Sissy Spacek in Brian De Palma’s 1976 film, titled Carrie.
What do you want people to feel from your illustrations: Pure terror! 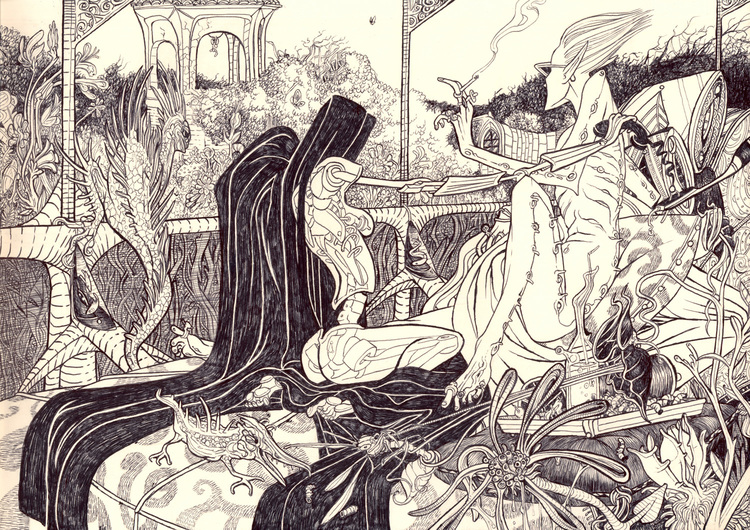 Medium of choice: Pen and Ink mostly, though I have skedaddled about with collage.
Where are you from?
The Planet Venus. It’s the hottest planet. But you will probably get crushed and poisoned before the heat incinerates you. Seas of lead and lovely clouds of sulphuric acid. Planet of Love.
What is this artwork about?
I avoid meaning like the plague. It is a short-cut to thinking.

What do you want people to feel from your illustrations?
I couldn’t give a fuck what people feel.

Elio Moavero is a Joburg-based illustrator, designer and base guitarist. The vast majority of his portfolio is centred on music – be it posters, album artwork or comics. See more from Elio. 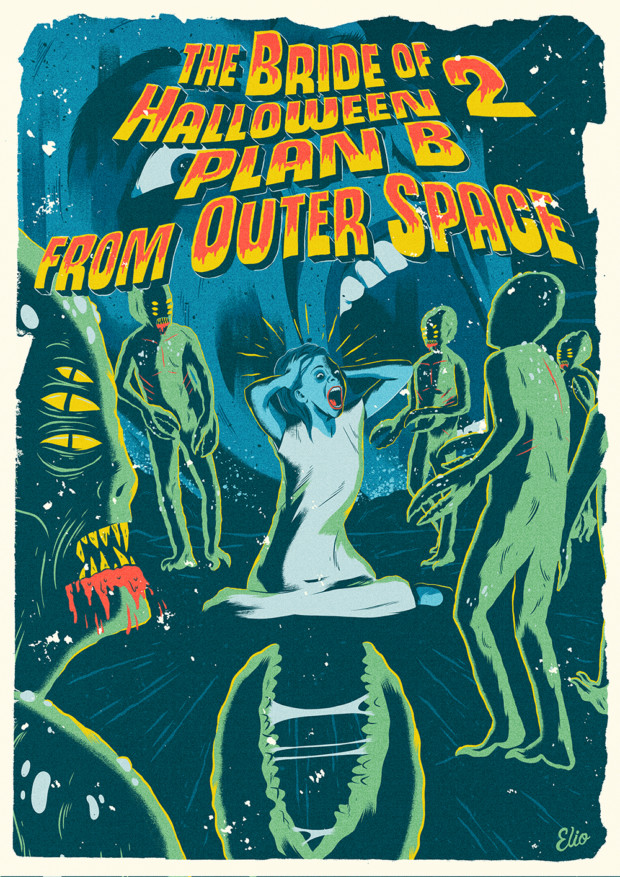 Preferred medium: Mixed media.
What is this artwork about?
I designed this poster for a Halloween party happening this year. The client wanted it to have that old school B-grade horror feel about it. If this were a poster for a real movie, the premise of the film would be some sort of alien invasion.
What do you want people to feel from your illustrations?
I want people to think “hey, that’s not terrible, I can look at it for more than three minutes without wanting to throw up in my mouth or commit some sort of misdemeanor.”

Vincent Sammy also known as Karbon-K is an illustrator based in Cape Town, who specialises in the genres of horror and science fiction. His artwork has made appearances in movies such as Stephen King’s The Dark Tower. At the moment, he is creating the cover and interior illustrations for the slipcased edition of Stephen King and Richard Chizmar’s book Gwendy’s Button Box; out later this year. 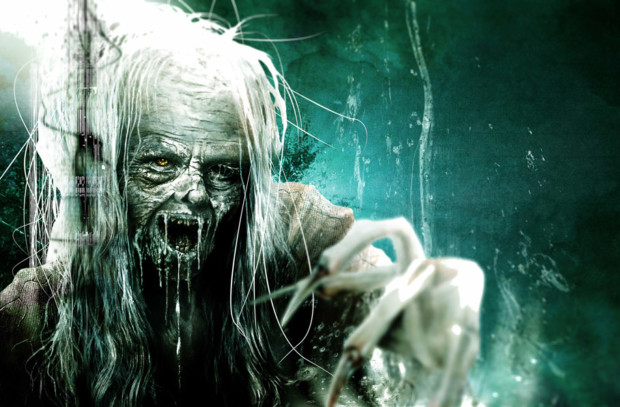 Medium of choice: I start with traditional media. If the image is to be full colour, I use water colour paints. If black-and-white, then I use pencil. This forms about 70% of the artwork and the rest of it is digitally enhanced in Photoshop for a post production finish.
Where did you get the inspiration for what to draw?
You can turn something average into something horrific or other worldly if you just let yourself be open to the unlimited possibilities that exist. The macabre presents us with new and often unimagined perspectives. It has a way of heightening an experience that would otherwise be considered ordinary.
What do you want people to feel from your illustrations?
I want them to appreciate that even in horror there is also beauty, mystery and reason. If you look beyond your fear, you can see the reflection of who you are.

Bill Masuku is a writer and comic artist based in Zimbabwe. His super hero comic book series Razor Man debuted in 2016 and sold out at Comexposed’s Comic Book Day.

Medium of choice: Photoshop
What is this artwork about?
This piece is something fun for Halloween. In the world of the weird, few things come close to the act of throwing up something. This is an image of a zombie hurling up whole body parts and even whole people. It’s wild.
Where did you get the inspiration for what to draw?
Death, the soul and the mysteries of the human body are topics that occupy the spaces between my regular thoughts so they often bleed into my art.