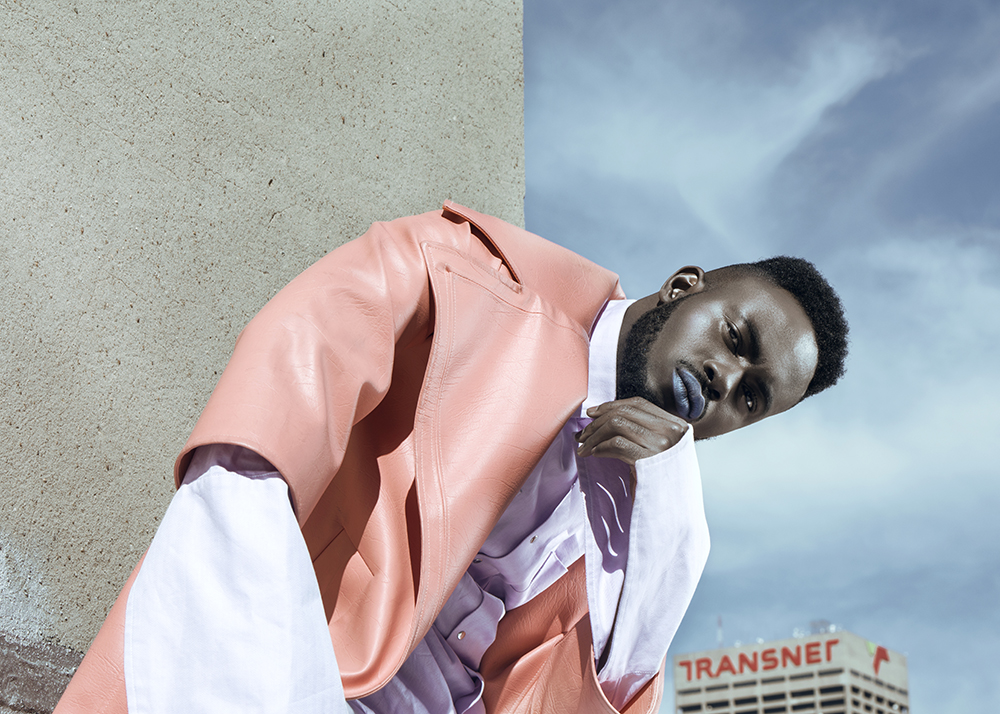 Up-and-coming photographer Lesedi Mothoagae, who won best visual techniques in his final year of Multimedia Technology Design at the University of Johannesburg in 2016, is adding to his already-impressive portfolio with a brand new lookbook.

In the series, titled August Skies, Lesedi stays true to his signature bold, authentic look while also adapting his style for the fashion industry. He plays with natural light, simplistic backgrounds and experimental angles, making the photographs more art than advertising. Both the outfits — styled by Nao Serati — and the makeup, by Orli Meiri, pop with intense colour, proclaiming individuality.

Lesedi — part of Lampost’s RISE photography programme — shot August Skies on a rooftop, with model Kwen Mayè, dressed in branded sportwear, posing in front of a backdrop of clouds, blue sky, and the Joburg skyline, creating a powerful and striking effect. Follow Lesedi. 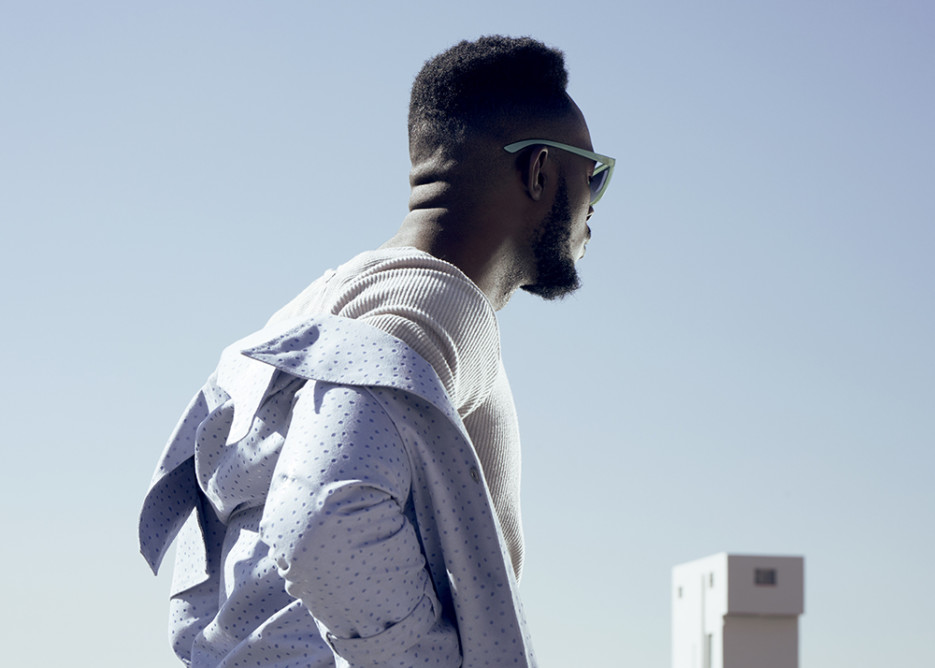 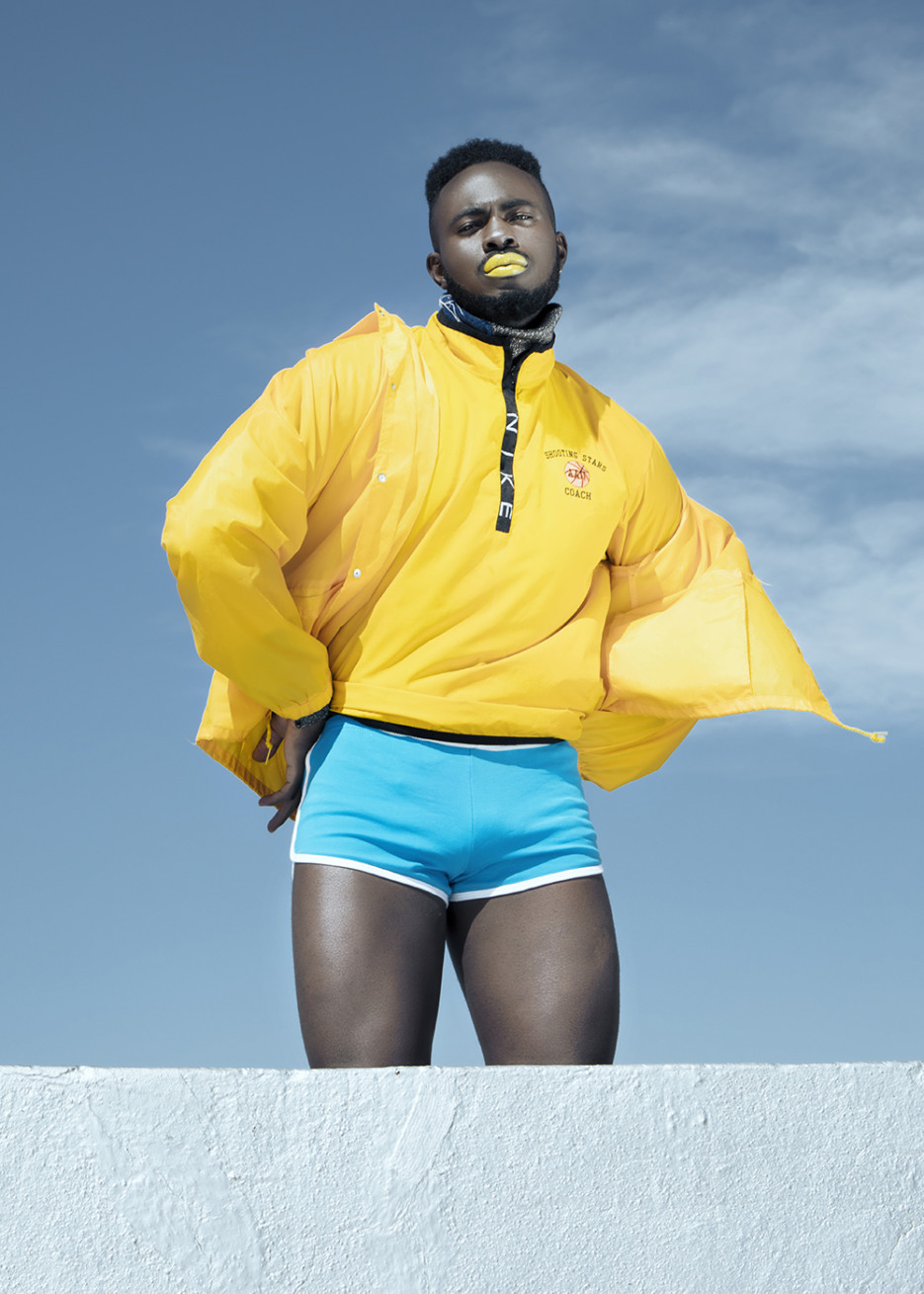 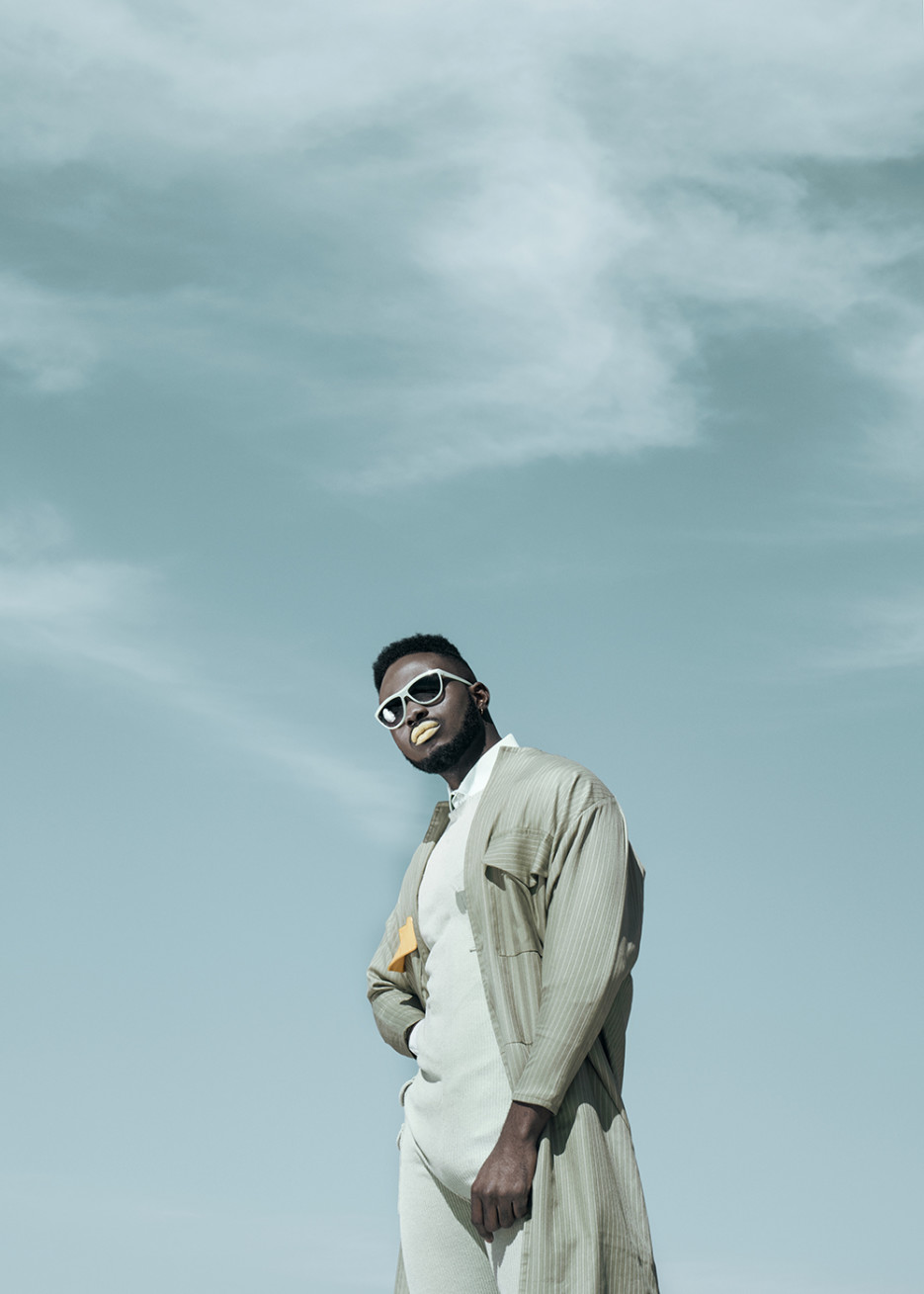 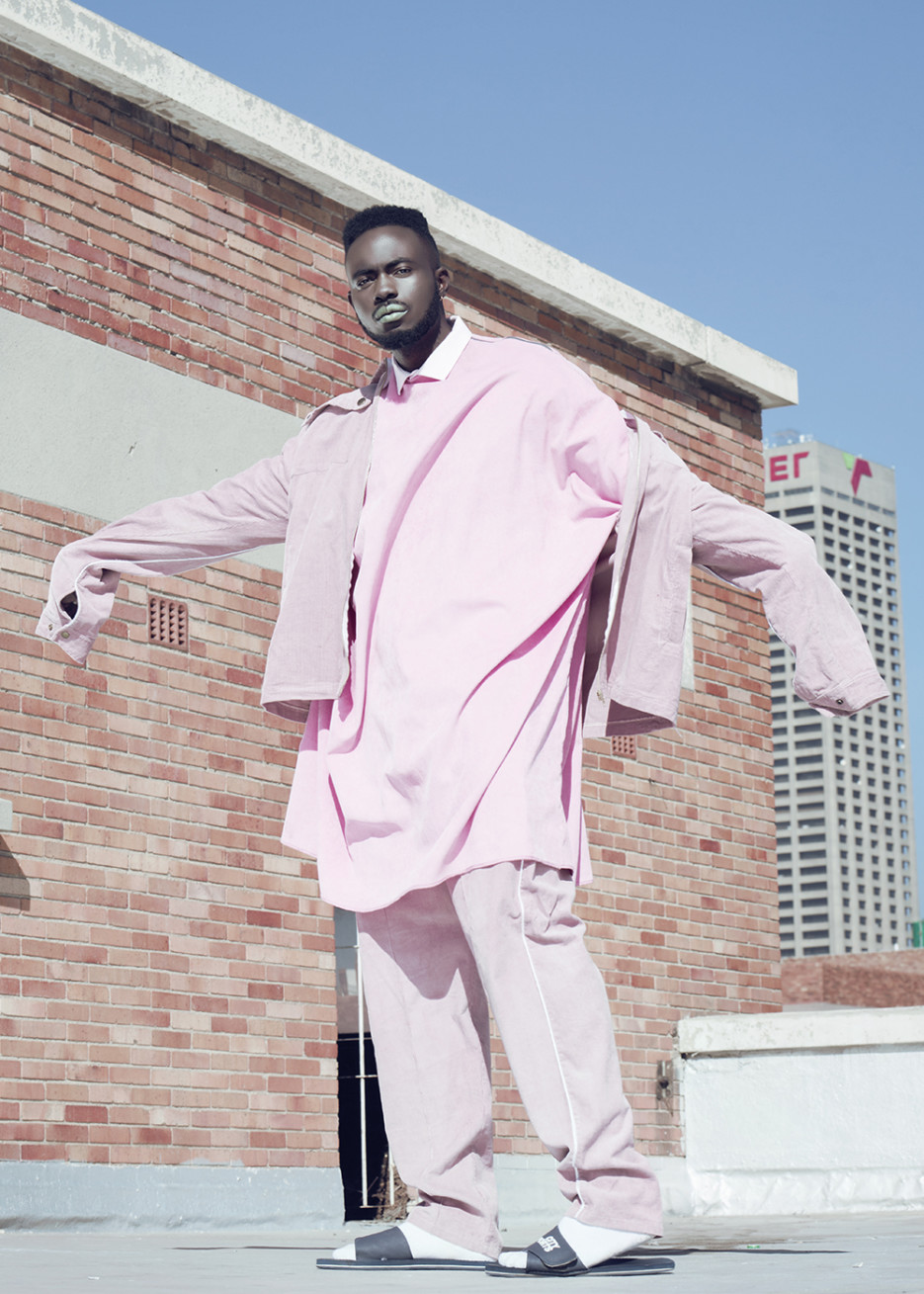