South African hip hop artists to stan for in 2018 ?

A dominant force in the local music scene, hip hop allows for a self expression that South African artists and fans embrace wholeheartedly. Although synonymous with hyper masculinity, misogyny and homophobia, which is reflected in lyrics and culture, the movement for an inclusive and safe space within the community has slowly gained momentum. While the likes of Mykki Blanco and Le1f represent internationally, here are a few homegrown rappers to look out for in 2018 who are using the genre to celebrate the kaleidoscope hues of gender non-conformity and the art form.

Location: Joburg
Style: Chilled out flow with rhymes that speak of everyday life and non-conformity

MxBlouse, or Sandiblouse, says hip hop can be touchy terrain for anyone who is not a cisgendered male, but they want to be part of changing the perception and making hip hop more inclusive. MxBlouse released their first track last year and has an EP out titled Believe the Bloom.

What role do you think hip hop can play to make the music space more accessible to marginalised people?
It’s not so much a role hip hop can play as it is a role that we can all play. We often talk about supporting womxn and queer artists, but I find that there is a gap between what we say and what we do. It remains easy for a straight, male artist with a bad record of womxn abuse to make it in this industry than it is for a womxn or queer artist.
Why did you choose hip hop as your genre?
I make electronic rap music. I’ve always loved hip hop but I listen to a lot of different things, and I love marrying everything I love into my sound. Hip hop is the one genre I’ve constantly listened to since I was a kid. It speaks to me and I think it’s only natural for me to gravitate towards it in the way I have.
Please share your experience of being a non cisgender/heterosexual person in the music industry?
It’s difficult. I think people have certain expectations about how a queer person should sound as far as rap goes. I think it’s difficult for many to wrap their heads around it. Many think it’s a fluke, I’ve gathered, but I’m okay with that. Hip hop is a tough terrain for anyone who is not male and cisgendered, so it’s not like I didn’t anticipate that it would be hard to sort of get into it. It feels good to play a role in changing perceptions.

Cape Town-based rapper and photographer Andiswa “Andy” Mkosi is blazing trails in hip hop. The defiant artist says she chose hip hop because it is a genre that is more accessible to her. The culture of hip hop, she believes, is a lot more inclusive because it is a safe space for the marginalised – though there are a few elements that can be changed. Andy is currently working on a musical project coming out later this month titled Its Dry In The Dms.

Do you think music has the ability to change political spaces?
Yes it does, because everyone has access to music and it has a massive impact on people. It has the ability to influence the way people think and talk or interact on a matter. So definitely, yeah.
Please share your experience of being a non cisgender/heterosexual person in the music production space?
I mean at first it was not something I was conscious of, up until a time I encountered with a cis producer that I worked with very closely. This one Sunday, I had gone to his house to listen to some of the beats he had made for me, only for him to suggest a weed smoking session and for us to watch some porn. There had been a number of incidents with this dude. But this was just the tipping point for me, an alarm that this individual was sexualising me and all he really wanted was to sleep with me. 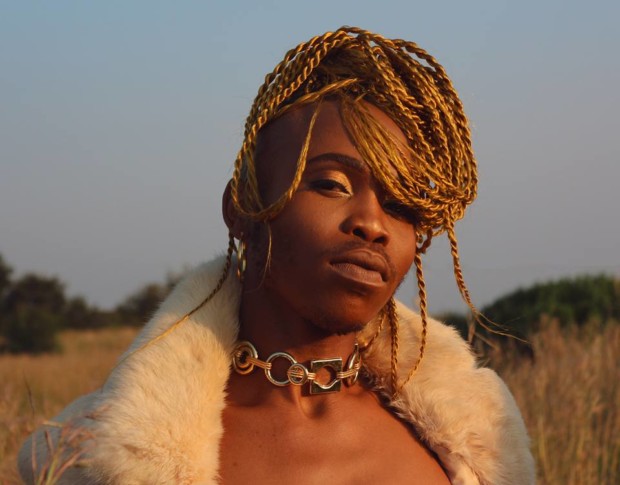 Choreographer, rapper and stylist Sikelela Nomvete, commonly known as Mr Allofit, self-describes as the underdog of the South African entertainment industry. The artist seamlessly fuses music, performance and fashion in their performances. While making art, they strive to contribute to the collective conversations around identity, and utilise humour and sex-positive lyrics to create affirmative expressions. In their latest 10-track offering, Losing Sunglasses, Mr Allofit takes inspiration from varying genres, appropriating key traits to produce a distinct sound that straddles hip hop and electrifying pop.

Award-winning actor and musician Mandisa “Fiah” Nduna is known for serving fierce performances on the small screen in films such as Between Friends. The Durban-born artist is also a member of the rap crew Klutch Kollective, which she founded with Toya Delazy. Mandisa’s musical journey started four years ago. Never one to reveal much, Mandisa says her fans should wait patiently for her next project. 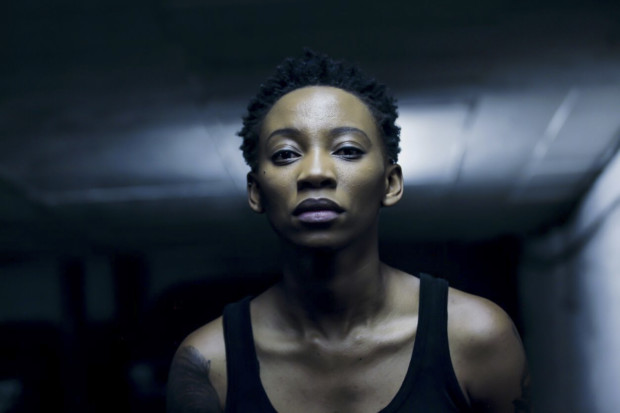 When did you start your career in music?
Professionally, the acting took off first and I sort of went with it. At the moment, I’m rebranding and trying to recreate my voice (metaphorically, of course), so a lot of things will change. Otherwise I have been making music for about four years now. I spent most of that time learning as much as possible about the industry. Arming myself so I don’t get exploited or taken advantage of. Things like tax, publishing and royalties are important for every artist to know about.
What role do you think hip hop can play to make the music space more accessible to marginalised people?
Music as a whole is about self-expression. But what I love about hip hop is that it’s been instrumental in giving a voice to the voiceless. Black, poor, oppressed or all of the above; on the mic you can tell your story, which can reach millions. That’s why it transcends race, age and gender. Hip hop is a universal language.

Another member of the Klutch Kollective and former contestant on VUZU’s reality show The Hustle, Marcia Buwa aka Genius Illusion, is no stranger to the hip hop scene. With a brand new solo EP Beyond Colour, Genius is setting airwaves on fire with her witty punchlines and hard-hitting rhymes. Born in the Eastern Cape, this Joburg-based rapper is proving to be an influential part of the hip hop movement in Mzansi. 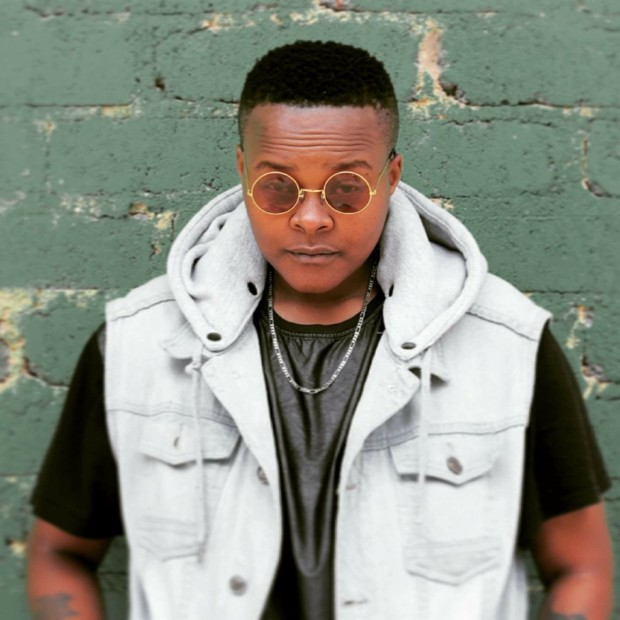 Why did you choose hip hop as your genre?
I love expressing myself lyrically, and hip hop gave me that platform. Hip hop allows me to say what I feel. I am also a singer, so the flow comes naturally.
What impact can the genre have on the youth?
There is so much change needed in our societies and the youth relates to hip hop. Our duty is to teach through good music.
What inspires the kind of music you create?
I always relate my music to my experiences and to that of those around me. I make music that everyone can understand. 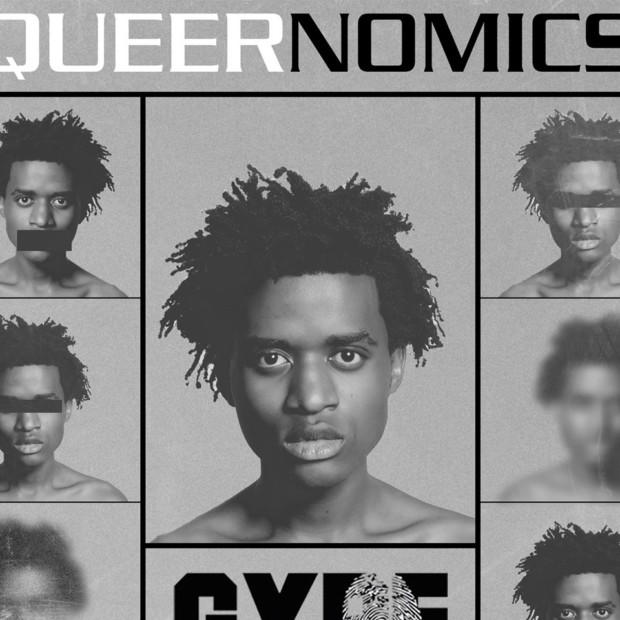 Rapper S’bonakaliso Nene or Gyre  is a 22-year-old student and rapper known for his lyrics that challenge concepts around masculinity and its effects on hip hop today. Gyre’s debut project titled Queenomics is an audiobook split into five chapters: I Am Human, I Am Queer, I Am Sex, I Am Love and I Am Black, which contextualises his experience as a queer, black person living in South Africa. “I wanted to make a project that brings forth the experiences that many of my queer friends and I go through.

“Hip hop has always been viewed as this genre where, in order to be accepted as a rapper you either had to be this real ‘hardcore manly man’ and if you were female, you had to act tough and not show too much of your femininity,” says Gyre to Citybuzz.