Posted at 10:48h in Photography by Nikki Zakkas
0 Likes

Stylist and photographer Luke Doman, of streetwear retailer Corner Store, is getting clout for creating moving portraiture with compact film photography and gearing up to launch a new T-shirt range featuring his images. Read our Q&A with the artist.

For those who don’t know you, can you introduce yourself?
My name is Luke, I’m 25, born and bred in Cape Town. Currently I’m part of the team at Corner Store. 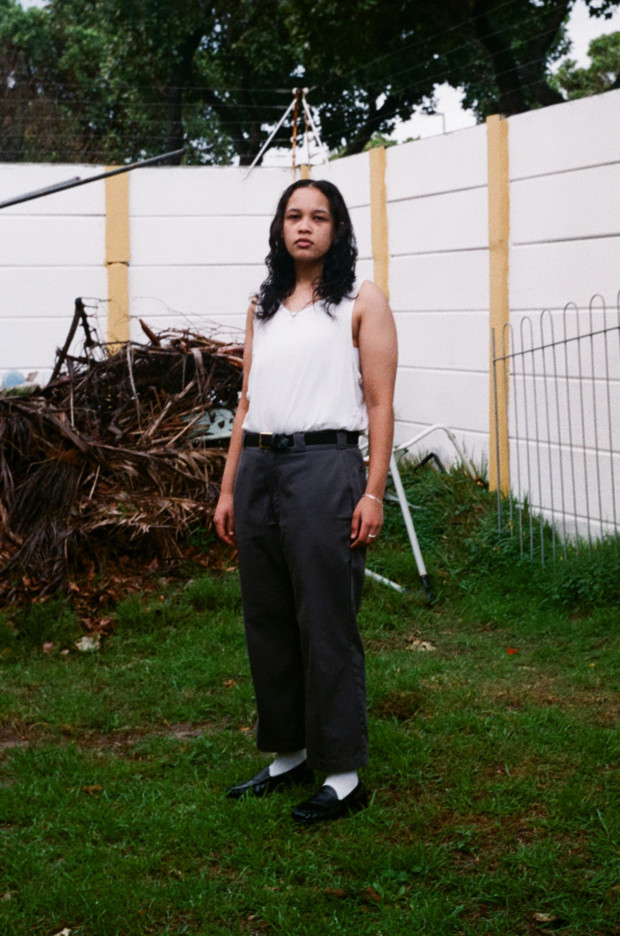 When and how did you first get into photography?
I’ve always been into clothes and the imagery that comes along with them. Despite this it took me a while to really get into taking photos. When I was in school, and after, the really popular shit was that heavily edited super dramatic, super technical stuff. At that point learning photography seemed like a mission. Instagram was also becoming a thing and analog photography was on my radar.

Dudes like Odd Future were making books out of point-and-shoot photography. At the time, my friends and I were mostly skating and hanging around town eating Nik Naks and drinking Cream Soda, and we were like, ‘we can do this shit too’. So in 2014, a friend and Ibought a busted point-and-shoot camera that we shared. We were kind of repping the apparel brand Young and Lazy at the time, so there was further reason to document our lives.

I was always more into styling, to be honest. Learning to take photos just allowed me to style clothes and take images of the look without relying on anybody. This is something I learned from Young and Lazy’s Anees Petersen, watching him shoot his own stuff and seeing the response it was getting. 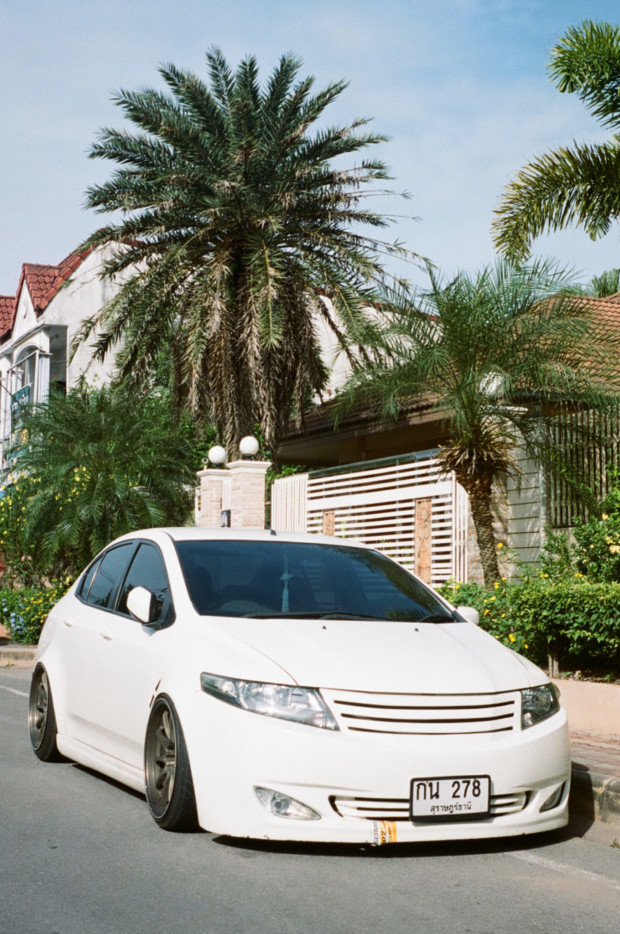 Can you talk about the technical aspects of your work?
I shoot everything on film and don’t edit at all, I mostly crop and straighten. I always have two or three cameras going for safety. Shooting film is expensive and I often think, “Wow Luke, what are you actually doing here? Spending your own money to make work.” So I made a deal with myself that every time I use my own money to shoot, I have to try something new so I can learn something new. Like in school, you know. Instead of paying for school, I’m encouraging myself to learn in my own way.

What cameras do you prefer shooting with?
Right now I have an Olympus TRIP 35 that I swapped five rolls of film for, and a Yashica MF-2 point-and-shoot that I got for R200. I also shoot on an Instax sometimes, but it’s limiting. Like I said, I know very little about photography but I know what I’m getting from these cameras in various conditions. So that’s ideal for me. 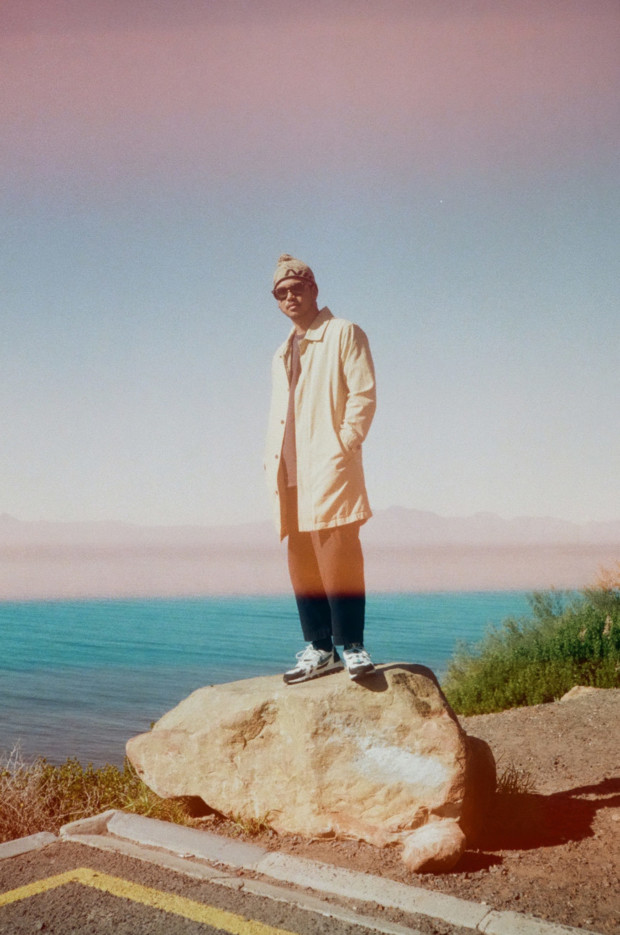 How would you describe your overall aesthetic?
The thing that ties my photos together is the composition: model right in the middle of the frame, always posing a little stiff, with shoulders back, head straight 45 degrees to one or other side. I keep it simple, almost robotic. I always try to add something a little different in the styling, to elevate the image to something beyond a street style image. If the look is very simple I like to place it in a location that maybe doesn’t make sense.

What are you working on at the moment?
I’m about to drop a bunch of Corner Store T-shirts that feature some of my photos. 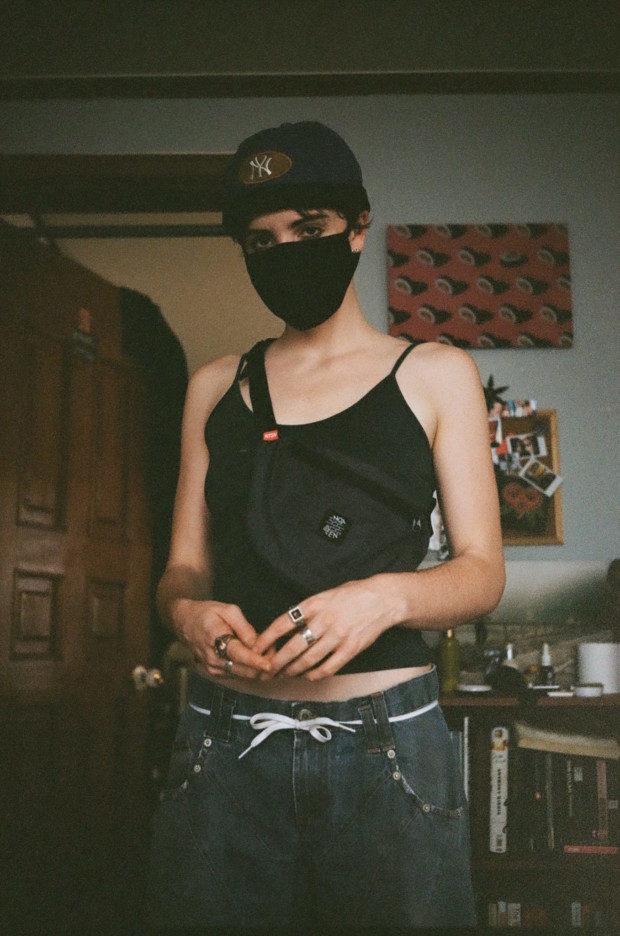 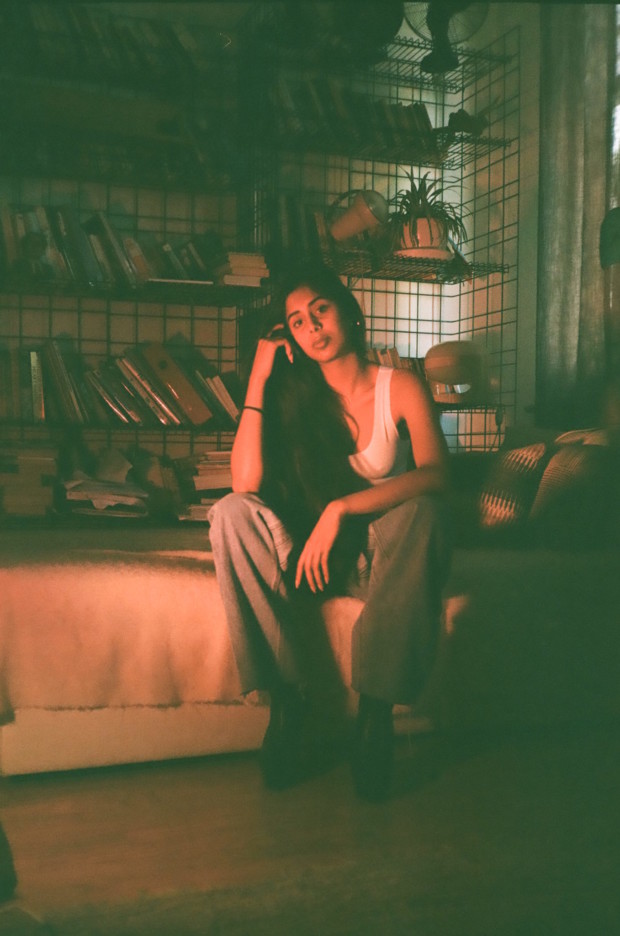 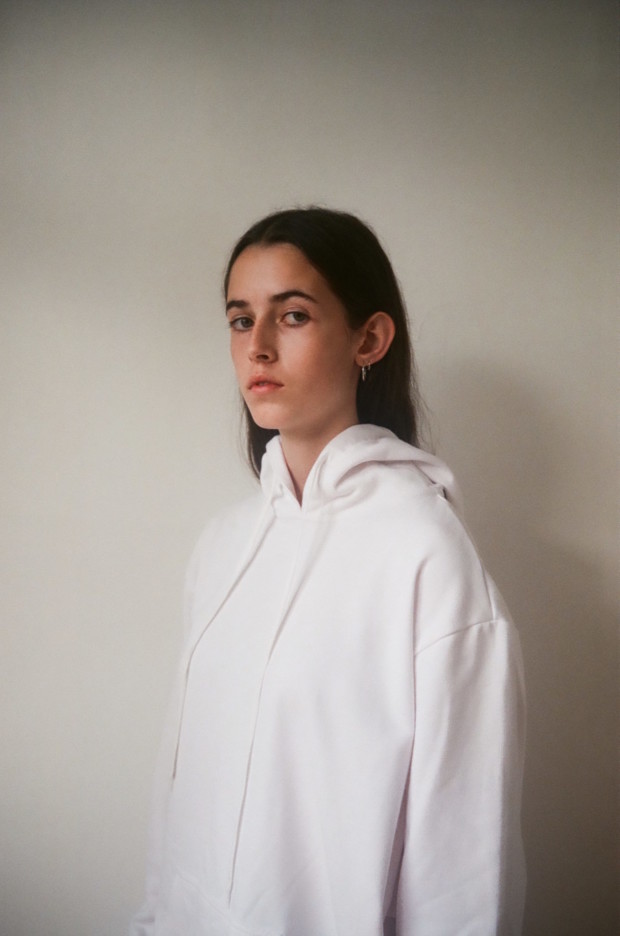 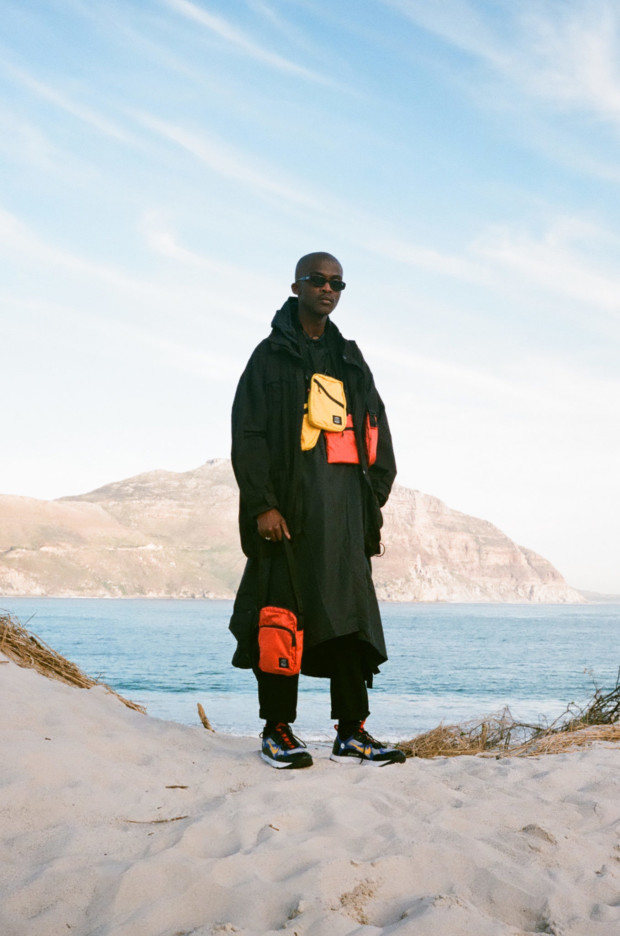 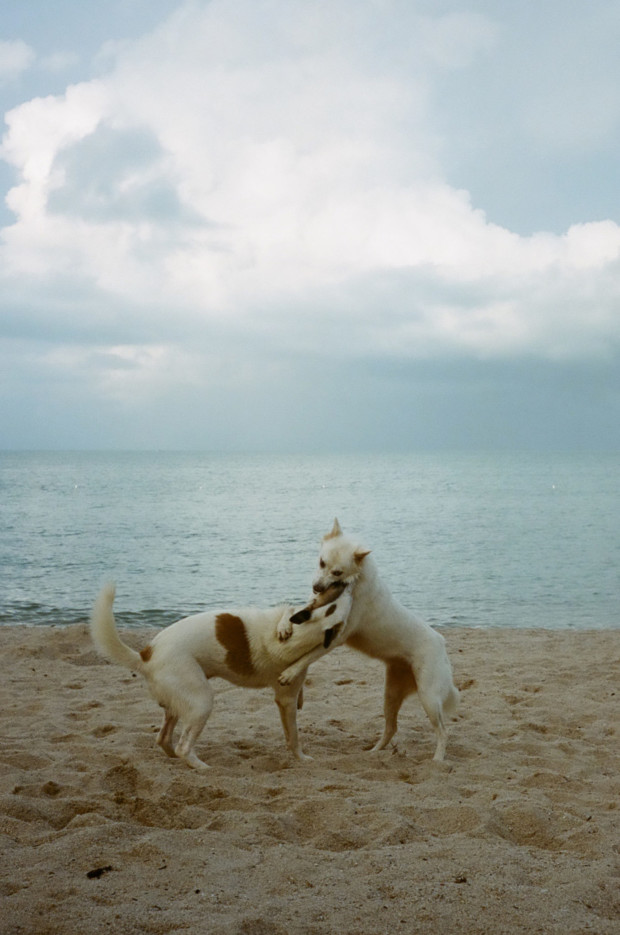 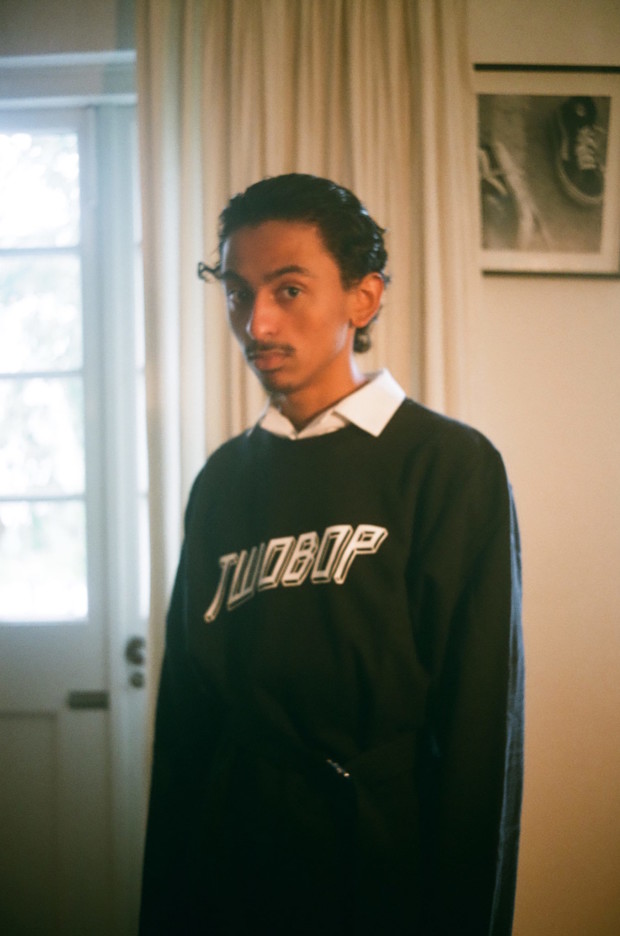 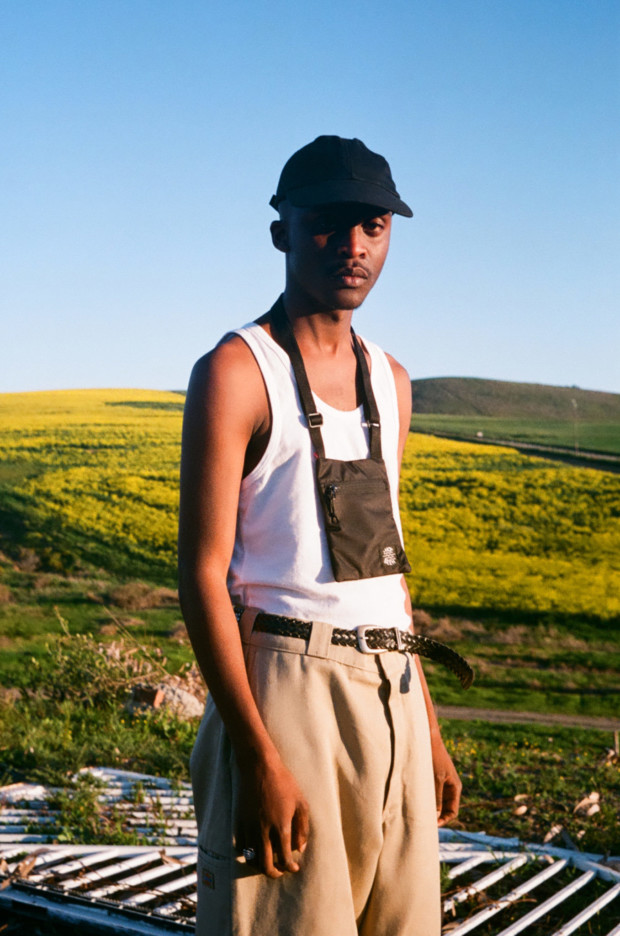 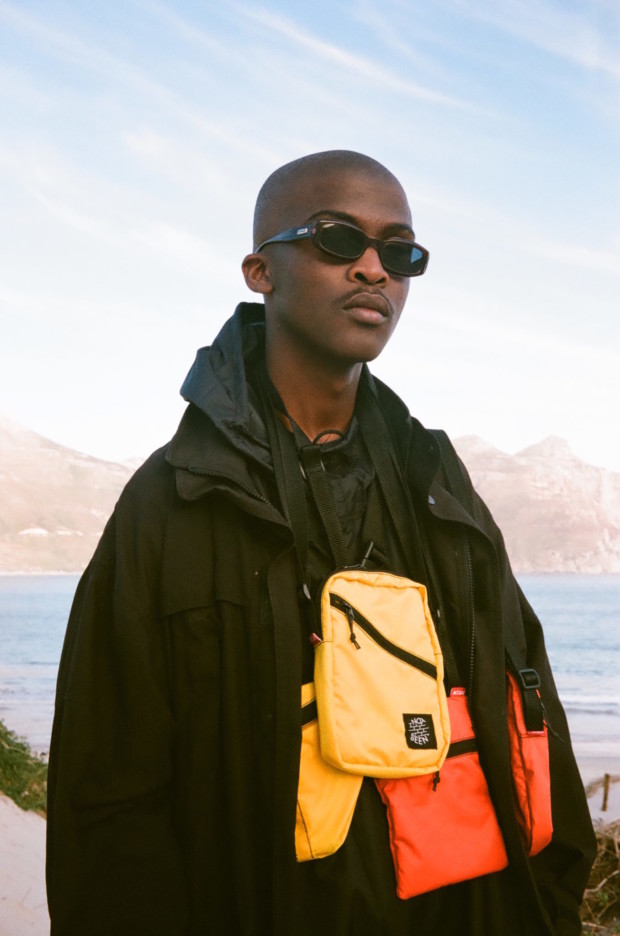