Get Used To It is a documentary that looks at womxn’s rights and equality in post-apartheid South Africa through the eyes of womxn skaters. In it viewers are taken on a journey from street-skating through the former Women’s Gaol at Constitution Hill, to interviewing community activists and pro-bono lawyers, all with the goal of discussing and improving the lives of womxn in South Africa, and beyond.

BLAM studio, who directed and produced the doccie, follow Dutch pro-skater Louisa Menke as she skates with South African womxn who she describes as “extraordinary individuals, united in their opposition to inequality.” As she does this, she also explores the country’s history of inequality and disenfranchisement, as well as the realities that persist today. 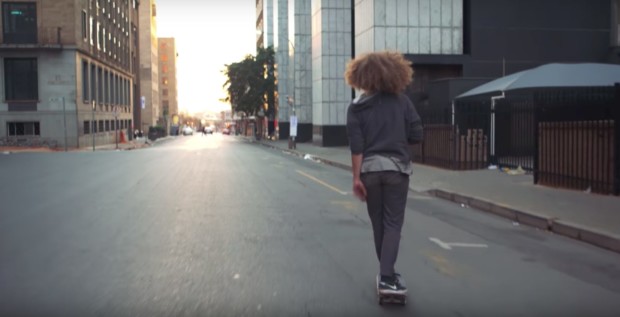 The doccie gives us a glimpse into a range of lived experiences: from older womxn who lived during apartheid, to born-frees who are dealing with a new South Africa in which not much has changed. It weaves through the inner-city landscape, giving us a glimpse into the everyday views of these womxn, and even features a cameo from pro-skater Tony Hawk.

NGO and online publication, Skateistan, are also featured. It aims to educate and empower young people by giving them opportunities to build their own skateboarding community in primarily underprivileged areas.
Skating is still a largely male-dominated industry, but there is a move towards making skating more inclusive. The Skateistan programme has a strong focus on making space for womxn.

“Forty percent of the students enrolled in the programmes are girls. The afterschool programme runs six days a week but dedicates Tuesdays and Saturdays as ‘girls-only’ with the hope of building the girls’ confidence in both the skate park and classroom,” says Canada International of the programme in that country. 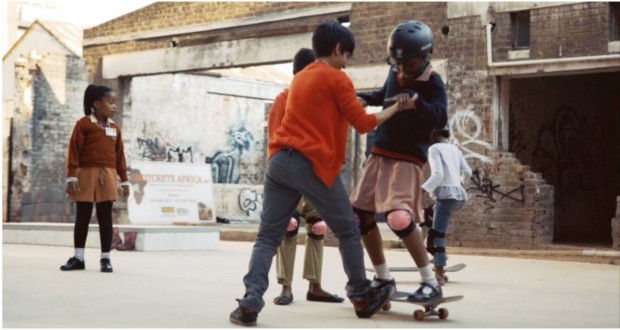 These considerations are more than necessary in SA – a country where one in five women experience physical violence. “The reality is that women of the past can serve as such incredible examples for what young women today could be doing in order to take control and forward their own rights,” says Catherine Kennedy of the South African History Archives.

Check out the trailer and find out more about the film.

Get over it, Get used to it, Skateboarding, skating