Posted at 12:13h in Music by Tshepiso Mabula
1 Like

Partygoers know that when the words “ak’si yim’ yile gqom” ring out from the speaker, it’s time to lose their inhibitions and dance like there is no tomorrow. Started in the streets of Umlazi and KwaMashu in 2011, gqom has spread across the country like wildfire, blazing the dancefloor with hit singles.

With its steady tempo and dark, deep rhymes plus catchy lyrics, the sounds has gone from underground to commercial success – as songs by the likes of Babes Wodumo and Sho Madjozi reach charts on the billboard. To celebrate this sound and the musicians that create them, we spotlight and speak to the womxn in the genre dominated by men who are solidifying their place in the top levels of the music scene, and continue to bring us hip, vosho-inducing beats. 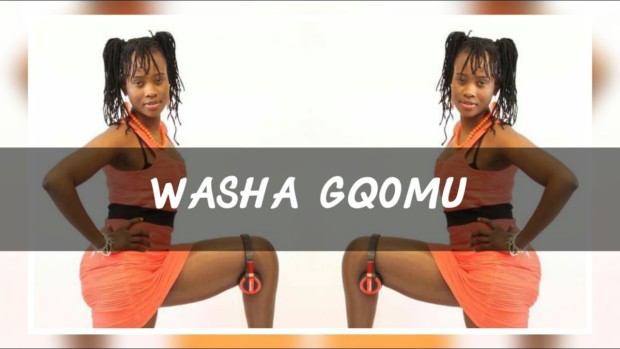 Princess Jacobs or DJ Prie Nkosazana has been in the music game since 2013 and  says producing gqom makes her believe anything is possible. The Johannesburg based producer and DJ, who has songs like Washa Gqomu and Dance With Me is currently working on a new single called Thokoza Gogo.

What’s it like being part of the scene?
Being a woman in a male-dominated industry is not easy at times. Some people shut you out when you don’t want to open your legs. Or when your music’s hardly played on the airwaves or clubs because you don’t want to pay bribes as an upcoming DJ-producer. But what helps with that is the internet and the few club owners that believe in and book us.

What are some of the messages in gqom?
Gqom is for young people and sometimes it doesn’t have a message that is inspiring, but the beat and bass can make you believe that anything is possible.

How do you see gqom progressing?
Gqom is the future so we should just keep on playing and creating it, so it can spread all across and outside Africa. 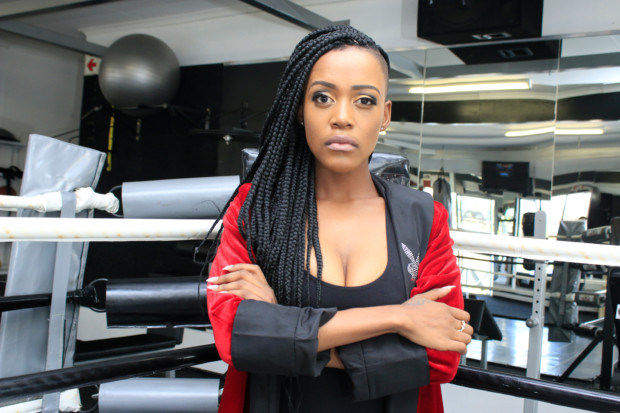 With a brand new single out, Shakalumba, vocalist Zinhle Ngidi is steady solidifying herself as a gqom queen. It’s hard to forget how in December 2015, the song Shumaya, which features the singer and is produced by house duo Durban Nyts, had people dancing their problems away during the festive season.

Why did you gravitate towards gqom?
I didn’t choose gqom music, gqom chose me. I was born and bred in Durban and gqom was born in Durban too. It’s a genre I literally grew up around, so it’s genetic in a sense to me. I understand the genre and feel there is a lot of growth within it.

What’s been your experience as a womxn in the music production space?
Music is a universal language and it evolves momentarily. My experience has been great but it’s a constant battle being female and working in a male-dominated industry. It pushes me to work harder to prove myself but it’s positive drive to the right direction.

Where do you think gqom as a genre is at?
Gqom music has a lot of space to grow as much as any other genre. Gqom is basically beats only and it allows vocalists like myself to create lyrics that our fans can jam to and there is always room for growth as music evolves on a daily basis. 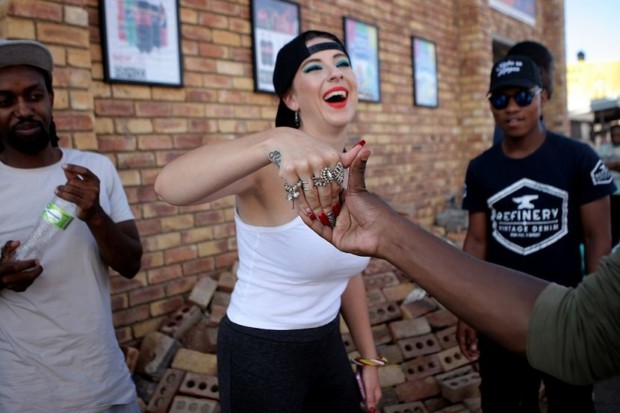 Anita Ronge aka The Duchaz or kasi mlungu is a self-taught DJ and has played at major events like the MTV Africa Music Awards 2016 nomination party and on radio stations like Lesedi FM and YFM. Despite being raised in a predominantly Afrikaans community, The Duchaz — who is also accused of cultural appropriation — says she has often only related to gqom because it is a versatile genre.

When did you realise you were meant to be a musician?
About four years ago. And a year after that I started getting into music, and DJing gqom.

Why did you gravitate towards gqom?
Gqom is a genre that speaks to my soul. Not only that, it has a very universal sound accessible to everyone. 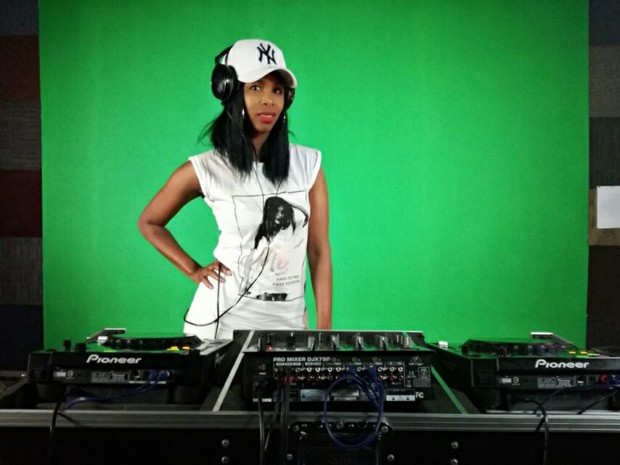 Joburg-based Phumla Hlophe aka DJ Poomla Da Princess was inspired to become a DJ while working at Imbokodo FM, and has a new single out called Dlala and is working on one called Bunyaunyau.

When did you realise you were meant to be a musician?
My love for DJing started when I was a radio host at Imbokodo FM. While I was co-hosting the Breakfast Show, there was a slot for DJs to play. It was mainly men that kept coming to play, so I wanted to try it out. It was then that I realised I was should be a DJ.

Why gqom?
Gqom makes me forget about my problems, and playing felt like it could also work for other people out there. Besides, production gives you the opportunity to explore your talent. It’s beautiful to create something from scratch and fall in love with it.

What inspires the music you create music?
My experience as a young black female artist. I have been through a lot in the industry but my love for music has kept me going. So I want to create songs to inspire other people out there.

Spotlight on the kweens of gqom

With smash hits like Wololo and Ganda Ganda Durban-based vocalist, Bongekile Simelane aka Babes Wodumo has quickly claimed her spot as the kween of gqom. The multi-award nominated artist, who is known for her sassy dance moves, came onto the scene after her single Wololo tore dance floors apart throughout 2016. She has collaborated with artists like Cassper Nyovest and Big Nuz, and continues to raise the bar for music. 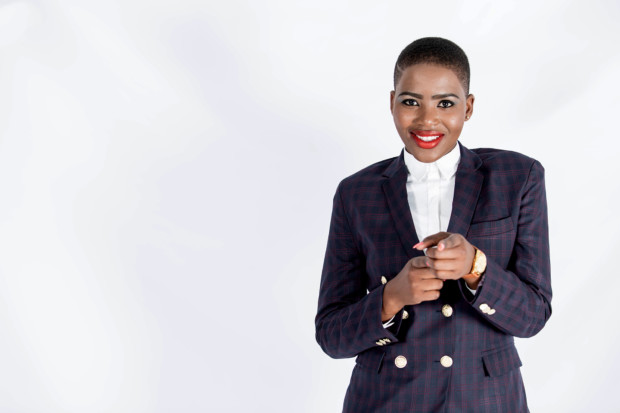 With hit singles like Konakele and Nyani Nyani, Sma Mbatha aka DJ Chofy is blazing trails in gqom. Based in Pietermaritzburg KwaZulu-Natal, Chofy was a finalist on season three of the SABC 1 reality TV show 1’s and 2’s, where she competed for the coveted title of the top DJ spot. Chofy says she chose gqom because it is the kind of music that forces you to dance. “You can’t help it with gqom, you must dance when it plays, nakanjani”. 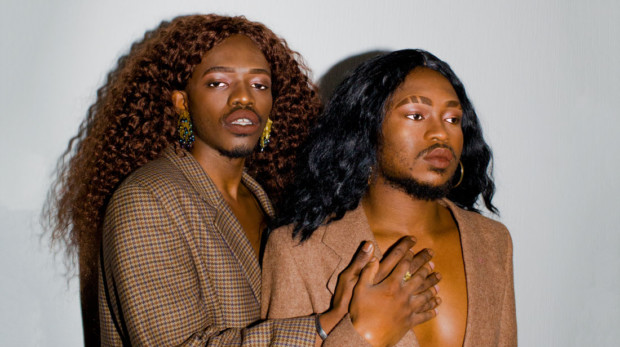 Creative duo Thato Ramaisa (Fela Gucci) and Buyani Duma (Desire Marea) of art duo FAKA make music as arresting as their artwork. Their hit single Uyang’khumbula, is a rhythmic gem setting fires on dance floors across the country. The song, which was released in May, was accompanied by an edgy video, which has garnered more than 40 000 views on YouTube. The duo released their sophomore EP recently, and continue to create art and music that speaks of radical resistance and reclaiming spaces for black queer identities.