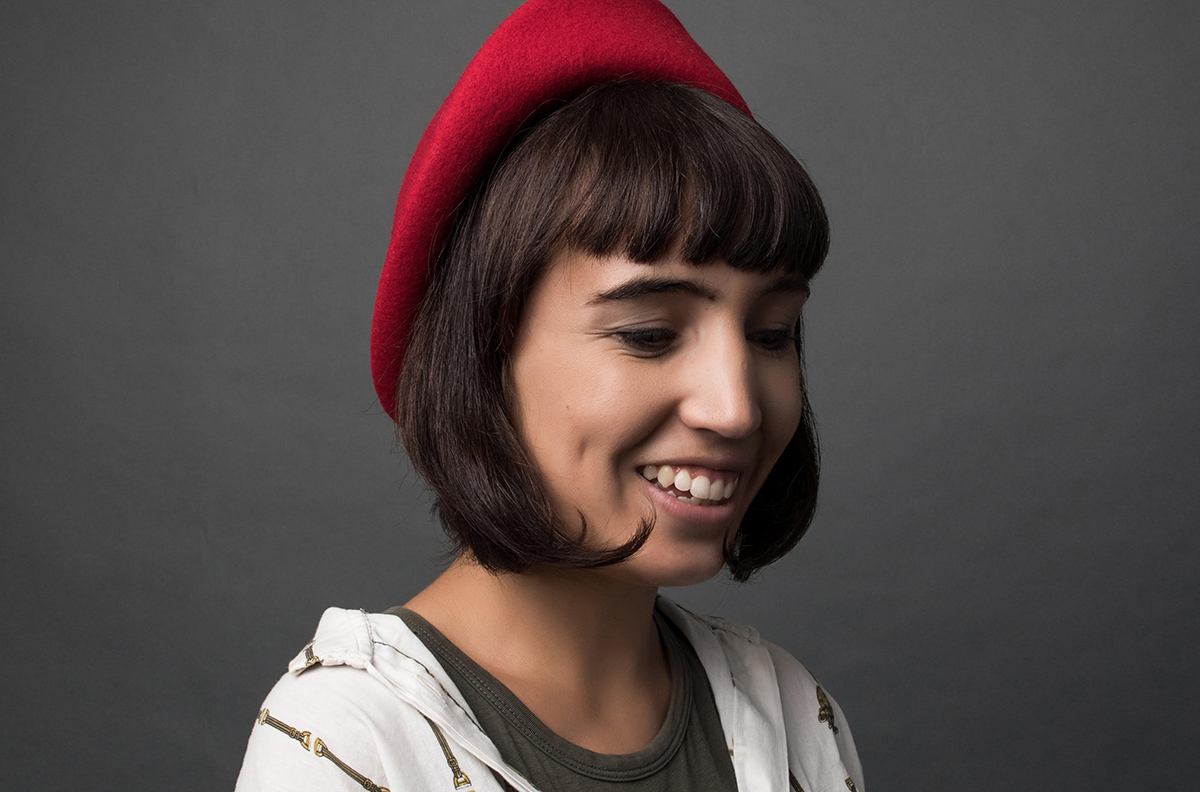 Posted at 11:26h in Fashion, Lists by Nikki Zakkas
0 Likes

In South Africa, there is a small group of mostly male photographers that tend to land the most coveted gigs in the industry over and over. Cape Town-born and based photographer Katinka Bester is helping to break this mould. She shoots for a variety of major magazines, including Marie Claire South Africa, Cosmopolitan South Africa and Paris-based Self Service Magazine. Her preference for soft lighting and subtly faded colors gives her images a painterly quality. 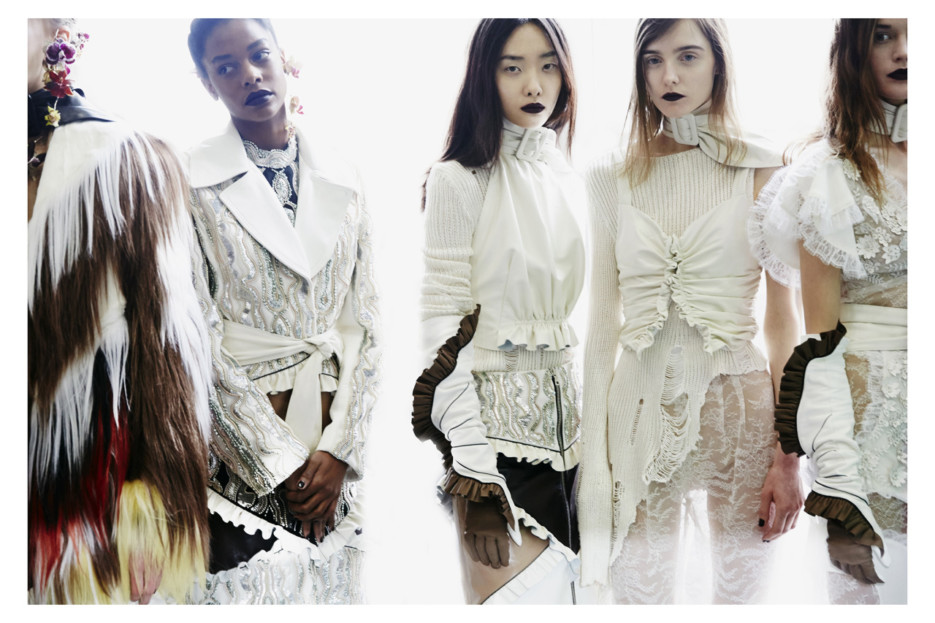 What is it about the genre of fashion photography that appeals to you?
Fashion photography and in particular high fashion photography is a unique interface between art and consumerism. Fashion allows you to be on the frontier of these two realms.
Who or what inspires you?
The unknown; that is the photograph that is yet to be captured.
Why is it important to have more womxn behind the camera?
For as long as the industry is controlled by men, it is constrained to exclude the female dynamic or at least is constrained to portray a masculine interpretation of what the female dynamic should be. 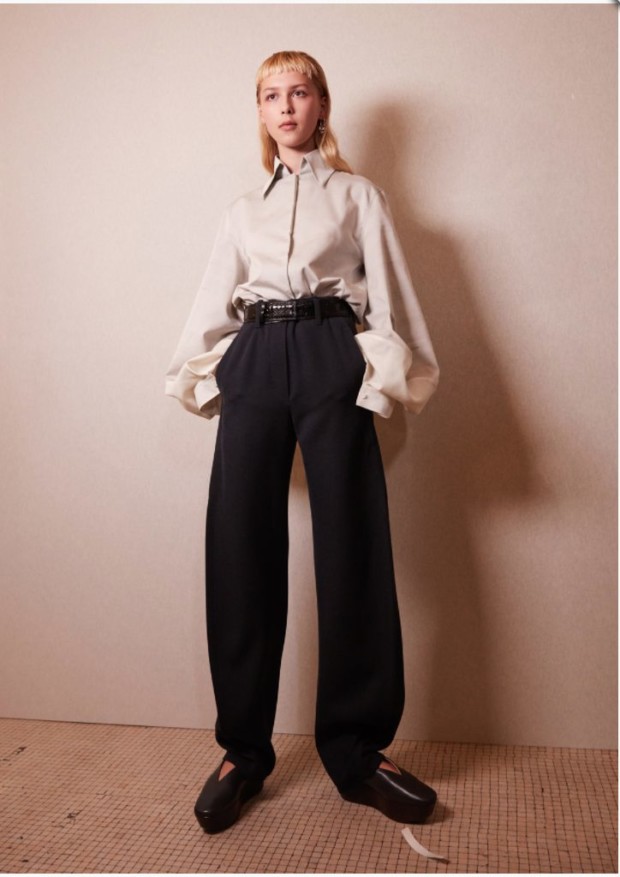 What has been the highlight of your career so far?
When I was flown to New York for the first time. I was 21 years old and I thought I would just prance around and explore the city. I was assisting photographer Ulrich Knoblauch at the time, and he said to me, “Listen, I want you to shoot the Alexander Wang show for Self Service magazine.” It was a big show so it was exciting and scary at the same time. It was a success in terms of the images — the magazine was very happy. Through assisting Ulrich I got to see the world. I went to Hawaii, San Francisco, the British Virgin Islands and other places.

Khomotso Moloto is a Joburg-based fashion and hair stylist and group fashion editor at Tiso Black Star, formally known as Times Media. She works across five publications — the Sunday Times, S Mag, Wanted, The Edit and The Edit Man — supervising and developing content for newspaper sections, photoshoots and online features. 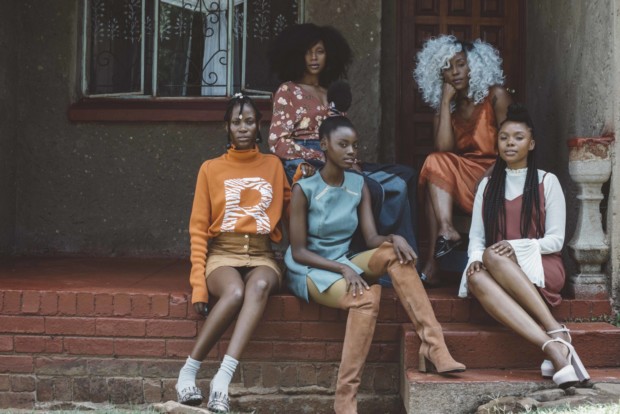 How did you land your job?
I was on set with a friend who was being photographed for the Sunday Times Fashion Weekly and basically asked for an internship right there and then from the former fashion editor Roxanne Robinson. She was skeptical due to the demands of the job and me having two kids, but she gave me a chance. I made sure to work my ass off to prove that I deserve to be there.
With so many other magazines out there, how do you approach S Magazine to make it stand out?
It gives me so much pleasure to be creating content that black people can easily relate to — especially in a world where we are starved of beautiful black content. Staying true to my blackness and what it means to me is how I keep everything I do for S Mag fresh. We need to celebrate each other and our narratives more.
What is style to you?
Sense of self. Knowing who you are will never go out of fashion. It’s timeless. 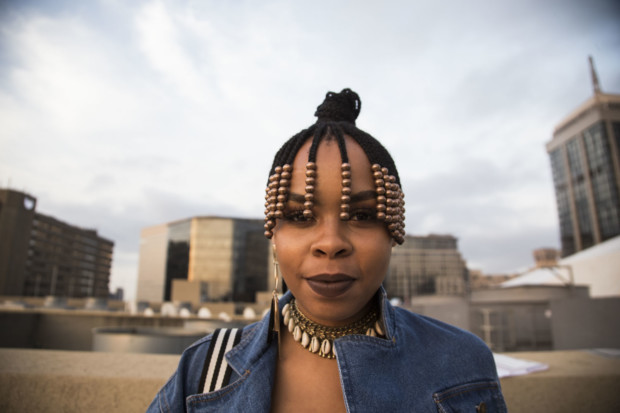 Tsepo Tsotetsi is at the helm of eponymous contemporary men’s and womenswear brand Tsepo Tsotetsi. Born in Kimberly, in the Northern Cape, and trained in fashion design at the Central University of Technology in Bloemfontein, Tsepo creates looks that draw on a number of key elements for inspiration. “I use my surroundings and experiences to communicate a strong and honest African and potentially global outlook.” 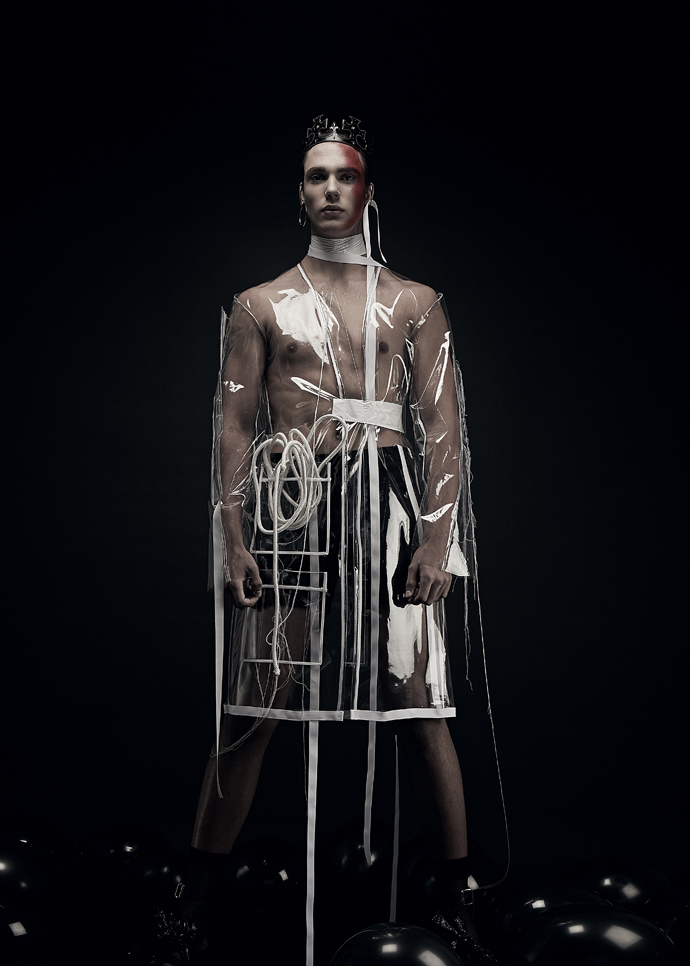 How would you describe your approach to design?
I use fashion to communicate what I am feeling. Fashion is a place where I can bend and change or keep things the same. I like taking concepts apart and refocusing them.
What are some of your current inspirations and how do they translate into your clothes?
I’m always inspired by structure and deconstruction. Right now I’m interested in cement — the texture, the colour, the weight and what can be made from it. I am interested to recreate the look and feel of cement. My Spring/Summer 2017 collection shown at South African Menswear Week called Listening, was inspired by architecture and was very structural and linear.
How does the current state of fashion in South Africa influence you as a young designer?
We’re still a developing industry so there’s a lot of room to play in terms of my design process and the structure of my brand. In the same breath, I do think there are difficulties regarding resource constraints; so the state of fashion in South Africa can also be discouraging. I guess it’s the same all over the world.

Since starting out in the industry four years ago, Orli Oh Meiri has mined her own individual style, crafting painterly, avant-garde beauty looks that experiment with everything from spider-esque lashes to face sequins. 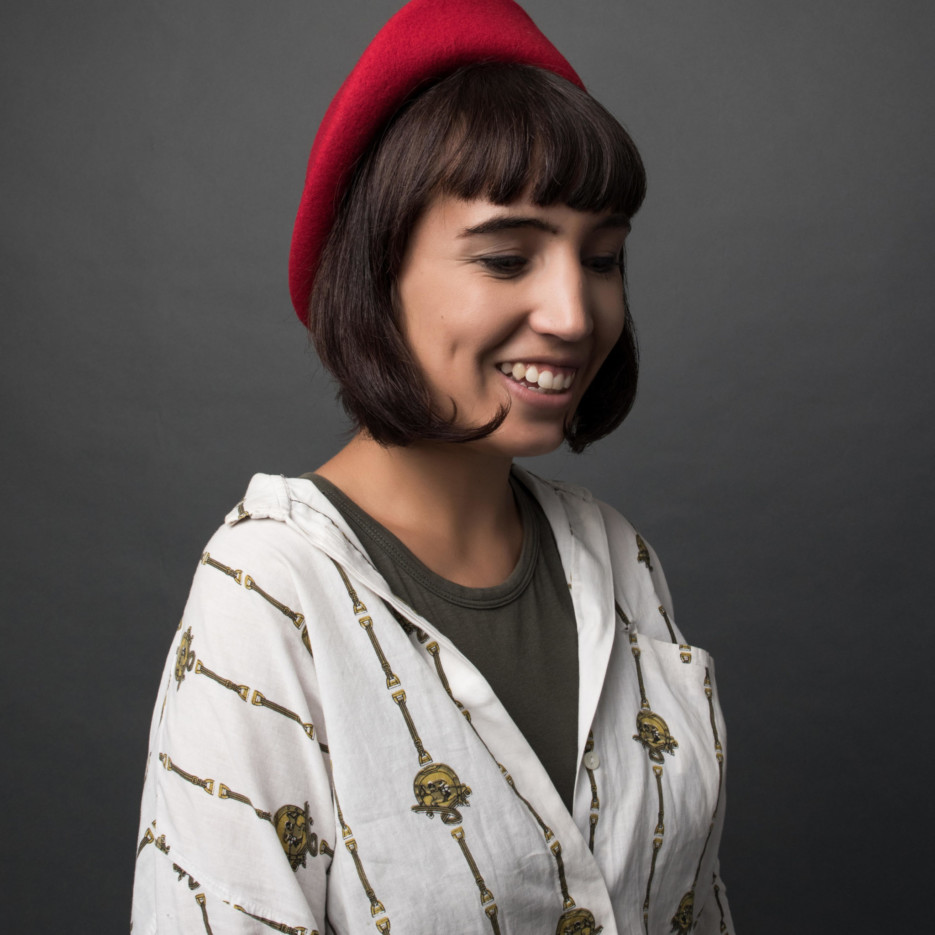 When did you know a career in beauty was for you?
I don’t see my work as one that reflects the beauty industry. If anything, I hope that what I do defies it. The beauty industry sets out to sell products by making women feel bad about themselves and setting unachievable standards cast by men. Makeup should be used to achieve an ideal self whatever that might be.
What do you love most about makeup?
Applying makeup is an intimate process. The person that you work on needs to feel comfortable enough to let you so close to their face. When the chemistry is right, it allows me to get to know a person beyond their facade. I love that makeup when used correctly is a tool to enhance what we already have. We can also use it to transform ourselves into something completely different.
How would you describe you signature look?
I love being able to push boundaries and I see makeup as a form of art rather than beauty. I try to keep my work original. 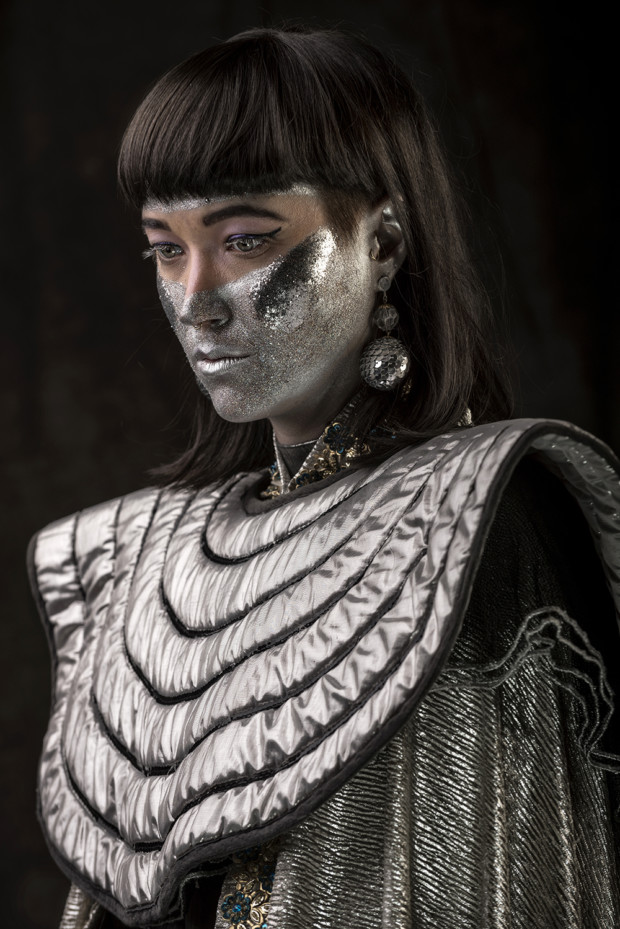 What has been the biggest challenge of your career?
The industry’s perception of makeup. It’s usually the last thing people think of. It’s importance is not as obvious as the photographer’s or wardrobe stylist’s role. We are the bass players in the band.
What has been the highlight of your career?
Helping people believe that they are beautiful. Changing people’s perception of makeup and themselves.

Elle Rose van der Burg is a trailblazing trans model based in Joburg. She has been modeling since the age of 14, when she inked a deal with her first agency. This year — the year in which she transitioned — has been a major year for Elle’s career and has featured on the runway of African Fashion International, 10and5’s Go Newd campaign and designer Rich Mnisi’s lookbook for ID magazine, to name a few. Plus Elle has appeared in documentaries such as Out of This World, narrated by rapper Mykki Blanco. 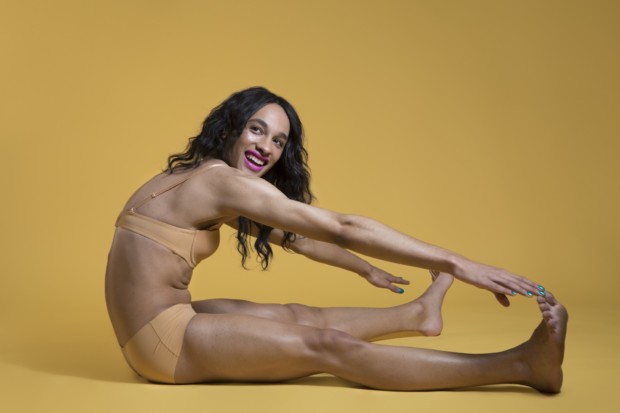 Could you share your modeling story?
I had been modeling for years as a “guy”. The industry is really rigid in its approach to gender and the way it’s marketed. To be a successful male model, you have to mould your identity around dominance and the archetypal appearance of that. I could not align those expectations to myself. I think I’m successful now, more than before because I was a great model then but now I’m a great and authentic model.
What are your thoughts on the local fashion industry and its portrayal of trans people?
It’s also slightly disheartening to be one of the only trans models that are visible in South Africa. I’m not the poster child for diversity and I shouldn’t be. There’s more than enough room for more trans faces in fashion. I’m just one of them. 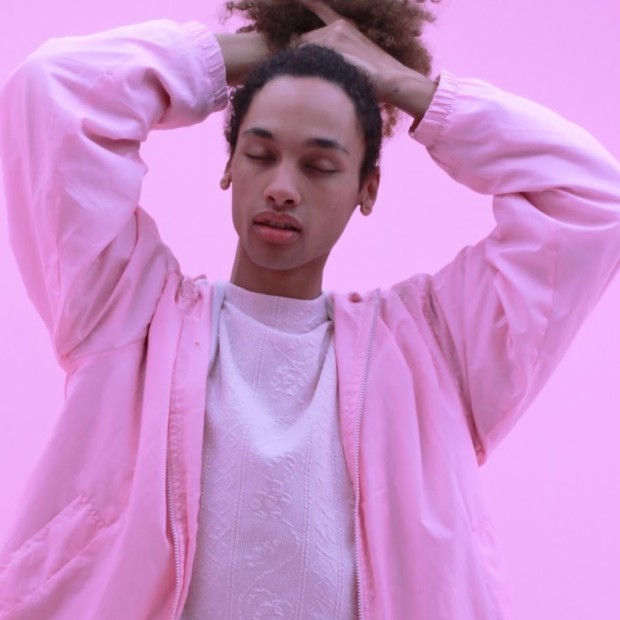 How inclusive is the local fashion scene?
Our industry can do better with inclusion. A lot of the editorials or campaigns that are being published about “breaking gender norms” are still too performative and tend to not include any queer or trans or non-binary faces.
Do you think there is a danger of trans people being objectified or exploited as a trend, particularly within fashion?
Absolutely! I think accessorising any identity is dangerous. It’s difficult because you almost always want to accept the risk when trading off. On the one hand, you get visibility, which is incredibly important for my community, on the other hand you could be misgendered on set all day and your identity might just be a drawcard. I think exploitation and objectification is dangerous in all forms and trans people in fashion are equally subject to it.
*This article has been edited to reflect model Elle Rose van der Burg’s name change – she was previously known as Luke van der Burg*