23 Nov On mental health and death: Illustrator Seth Pimentel creates an illustration a day to cope

Posted at 08:26h in Illustration, Interviews by
0 Likes

Seth Pimentel is one of Joburg’s most promising illustrators. His Facebook and Instagram pages, which are feasts for the eyes, show his consistent progress (from good to better).

The 22-year-old has been making art his whole life; from his childhood through to his high school career at the National School of the Arts in Joburg. He is currently studying his undergrad degree at Open Window in Johannesburg.

Recently, Seth posted on Facebook about going through a hard time, and creating an illustration a day to help manage that and channel his energy into something positive. We chat to him.

Last month you posted about doing an illustration a day to help you get through a tough time. Tell us about it.
Around this time of year, there’s so much death and disconnect in my life. It’s around my birthday and Christmas. I don’t celebrate my birthday after my grandmother died from a physically abusive marriage. It feels weird — it’s been about eight years now that I don’t celebrate either.

I find myself and my family being absolutely disconnected from each other this time of year. It’s a very lonely season. A season of lovers that passed on, and a realisation that I am inherently alone. Also dealing with my mental illnesses around this time — it pushes you further and further away from everyone until you realise that conversation is a two way street. Although so many people have been supportive through everything. 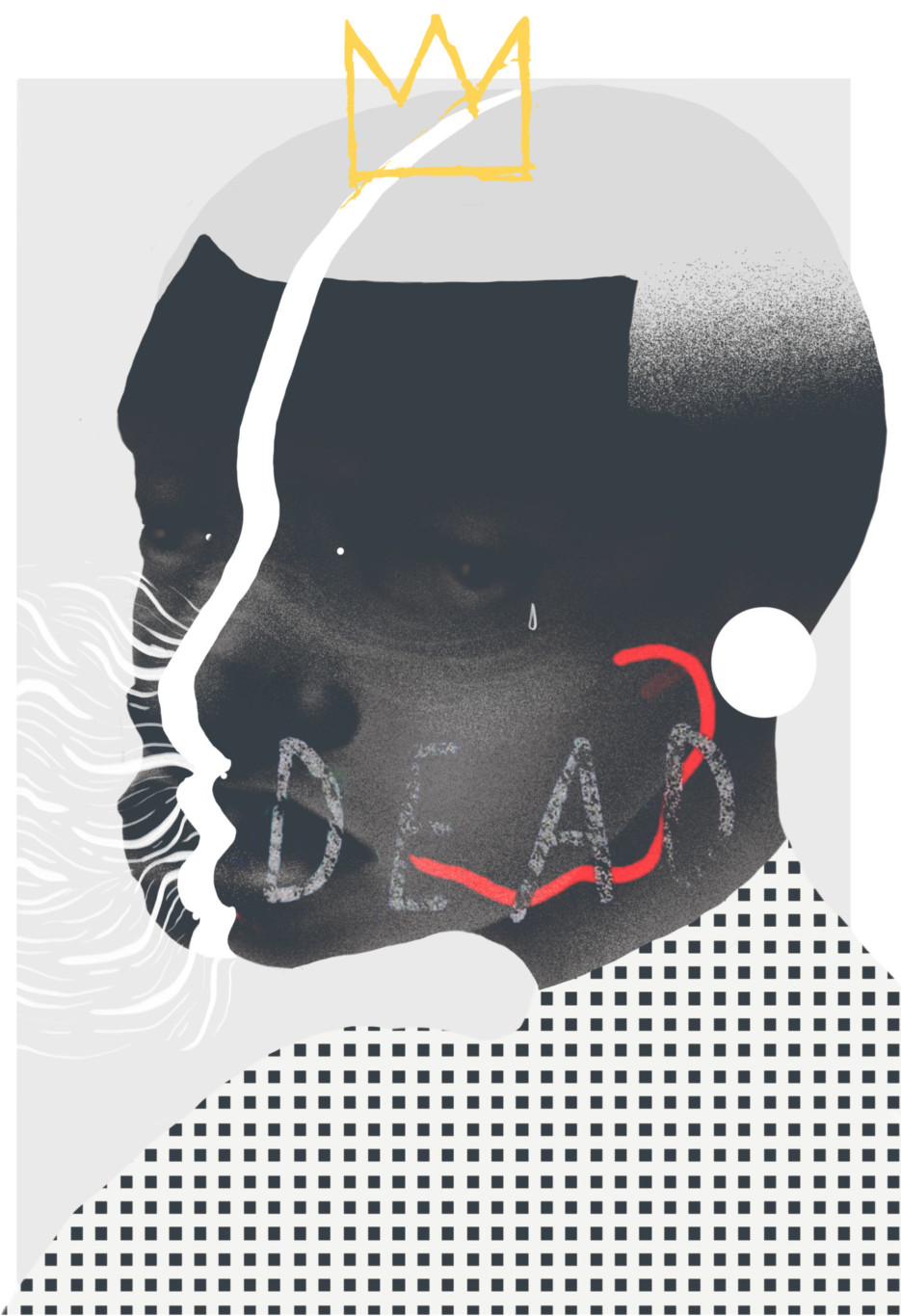 Does creating art help you deal with these issues?
I create illustrations to help cope and kill time. I don’t party during the festive season; I end up choosing to be alone around this time so I’d rather create. I feel illustrating, with an intense emotional message — well, not really message but feeling — kind of bridges and connects people through shared, unspoken grief. So many others go through such a rough time this season. Proof that we are never alone I guess, even though we feel so. It really does help.

Do you talk to other artists about it?
I find myself on the phone with other artists for hours on end speaking about how lonely we are during this season. It really connects us all on this deeper emotional level. I’ve had people tell me that they’re going to create too, to help them cope. That makes me happy. But even creating everyday is hard. I’ve been trying to illustrate everyday but life naturally comes with it’s own stresses. 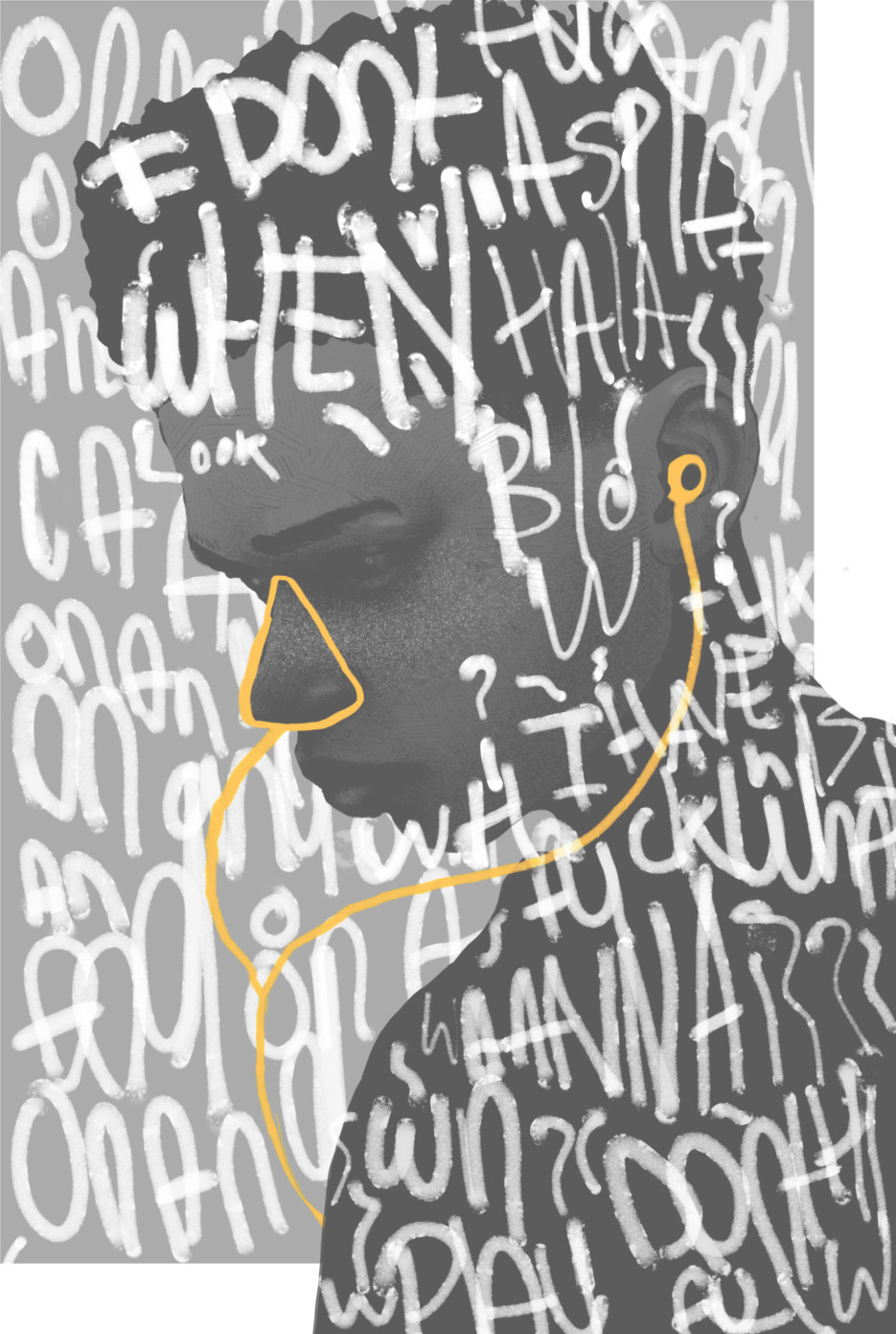 What are some of the themes you explore in your work?
A lot of my themes deal with one’s inner numbness (feeling dead), infatuation and romantic loneliness, paying tribute to other dead artists. All the way down to personal experiences with people, such as being spoken badly about, being stabbed in the back, hated. All of these emotions and thoughts neatly tied up with a line or two from a hip hop song.

What inspires your work?
Right now, through this, my biggest inspiration, is Jean-Michel Basquiat. When interviewed he said, “I try not to think when I work”. It’s a little philosophy I’m trying to add into my work. I usually have a theme before I create, and its not that great sometimes. I want to create work that is purely emotionally driven. Without a pre-existing meaning behind it, weighing it down. I feel it would be easier for more people to relate to. Most of the meaning behind my work is pretty ambiguous anyway. 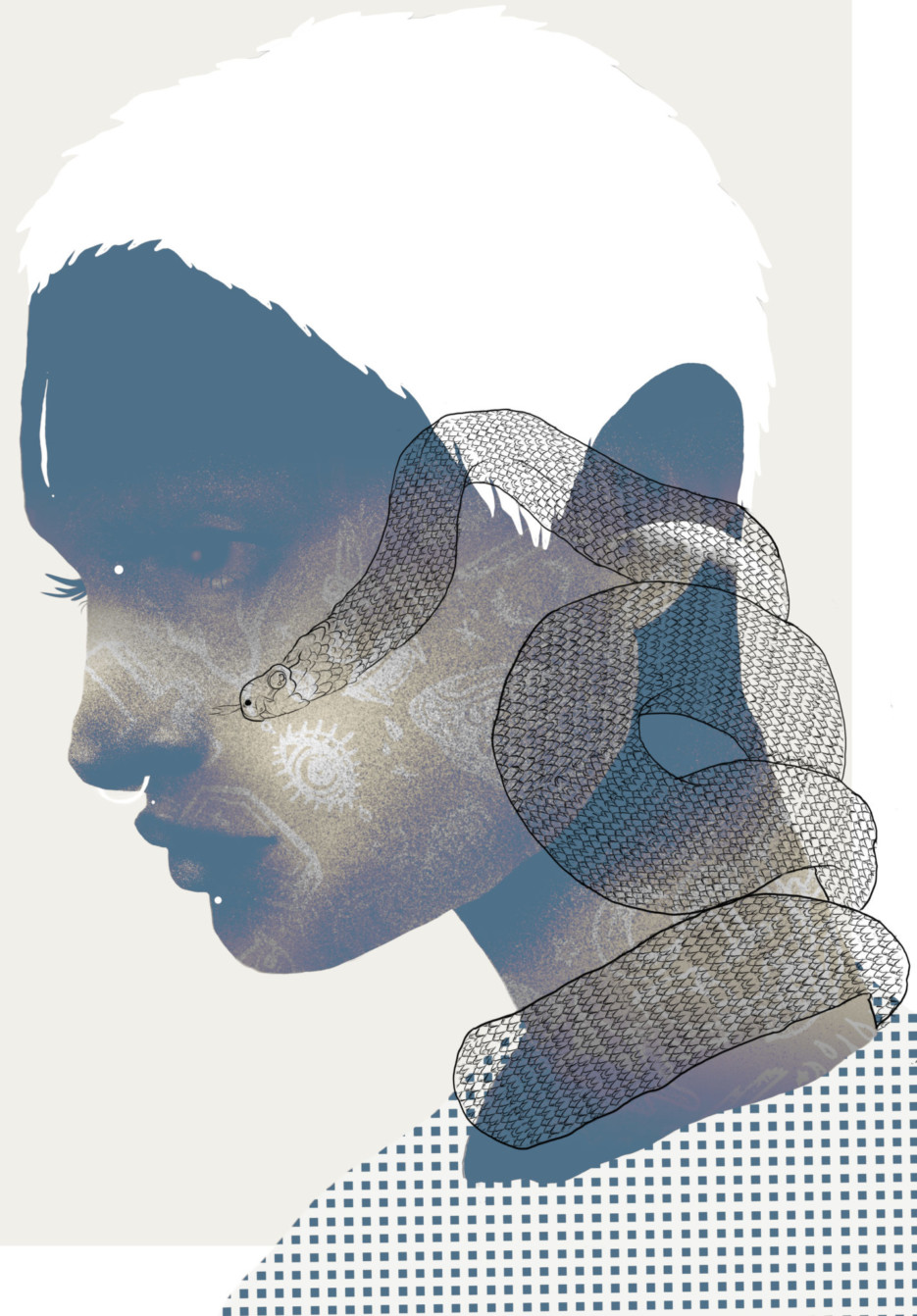 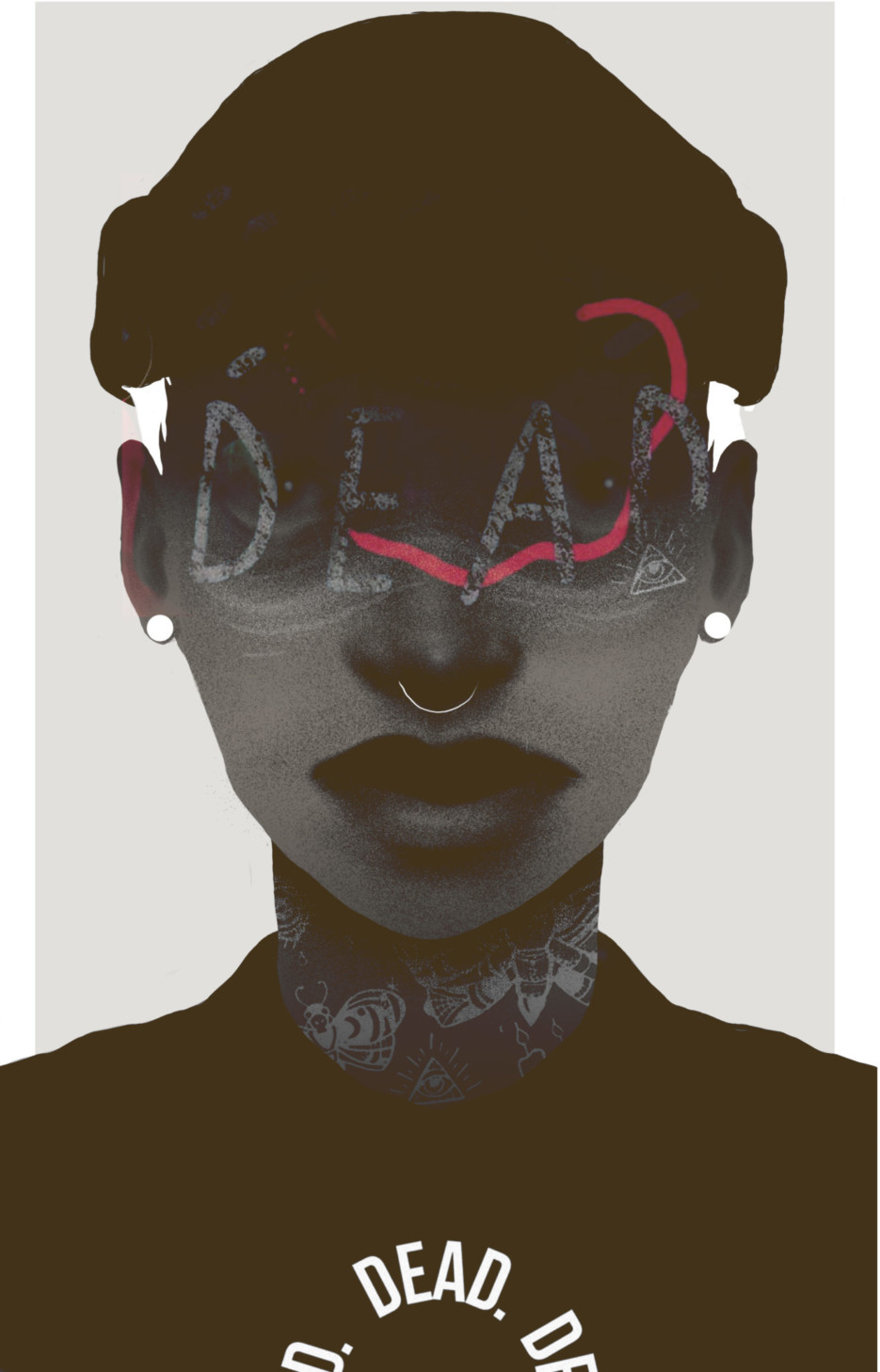 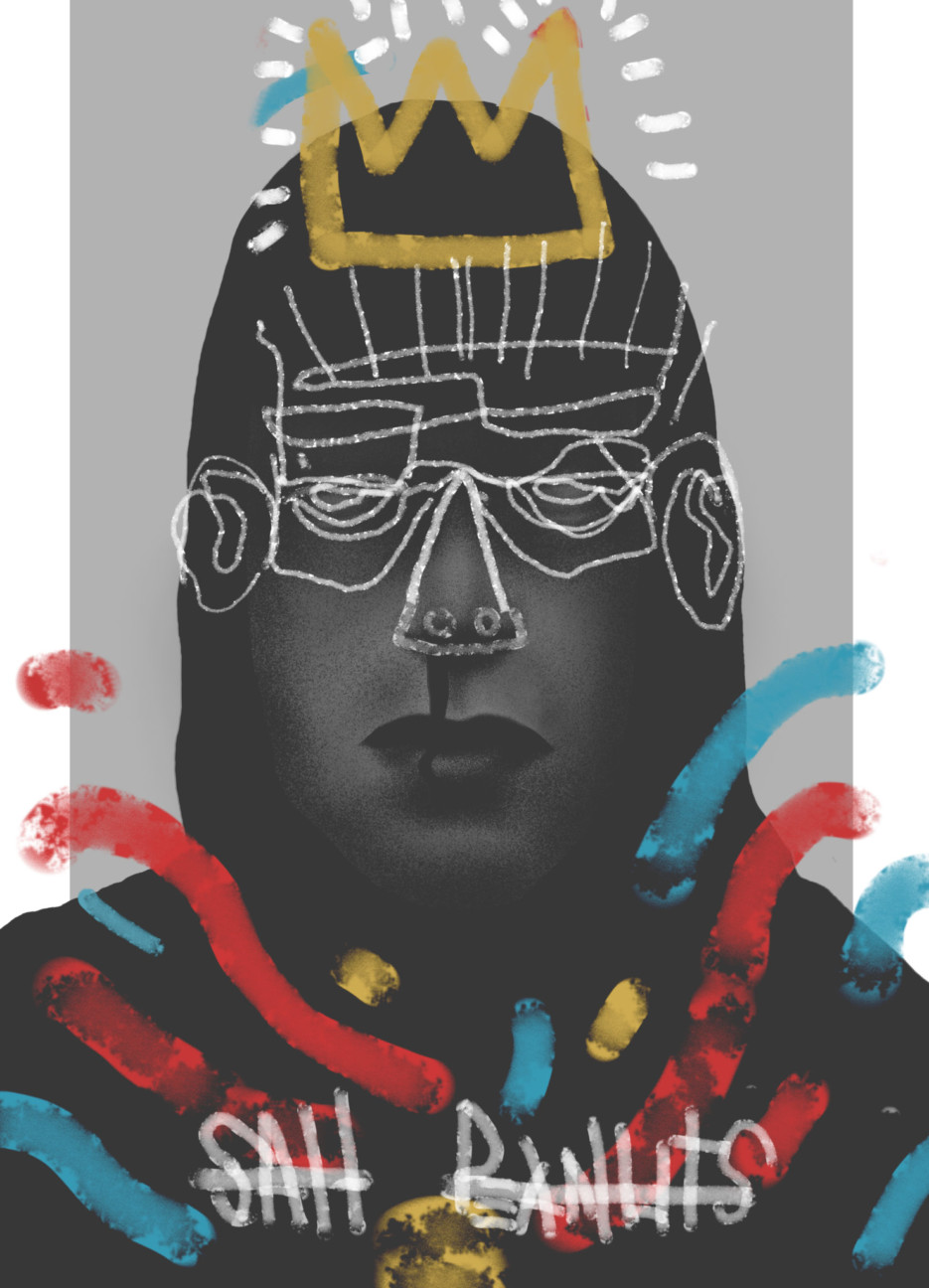 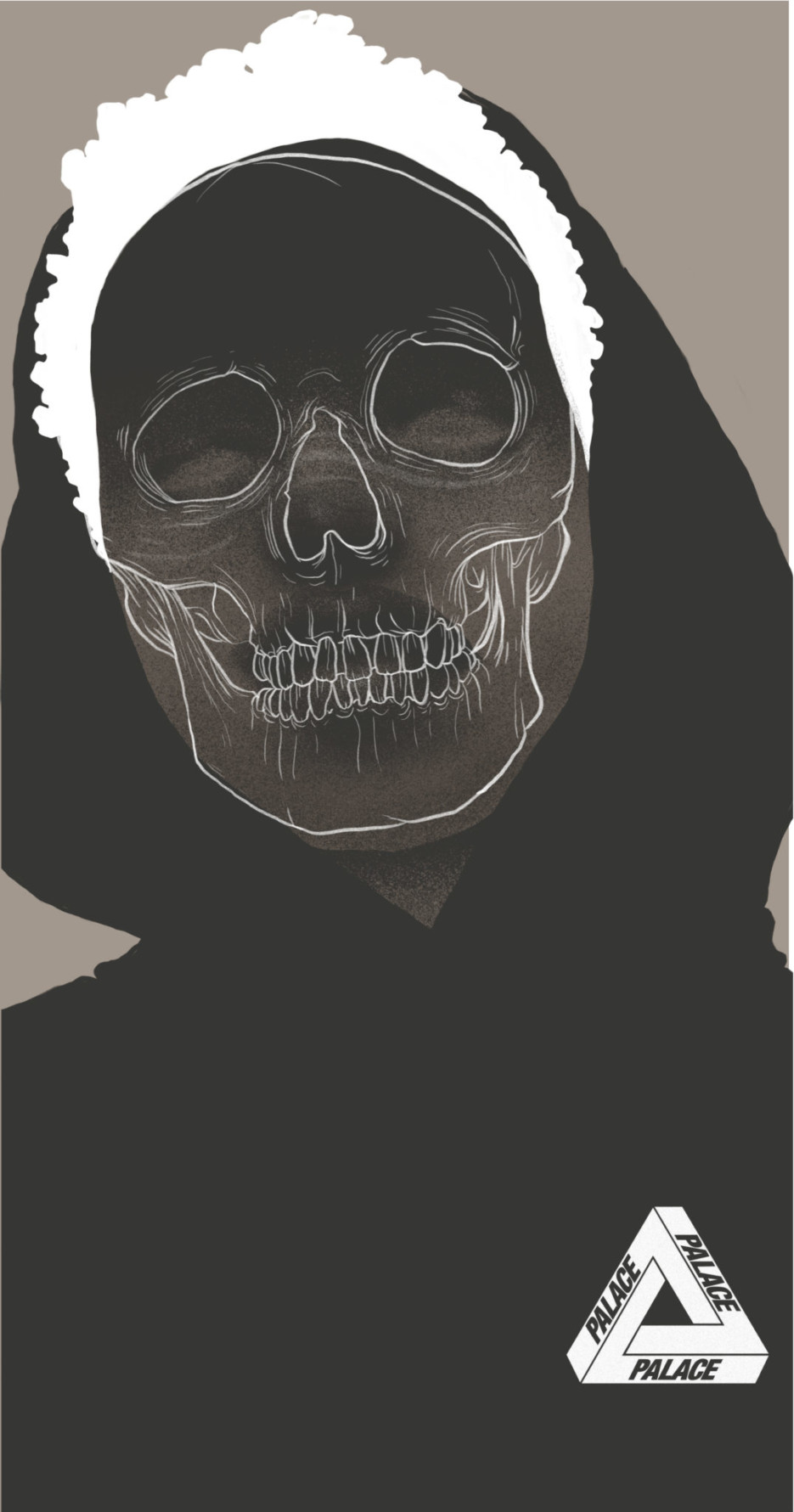