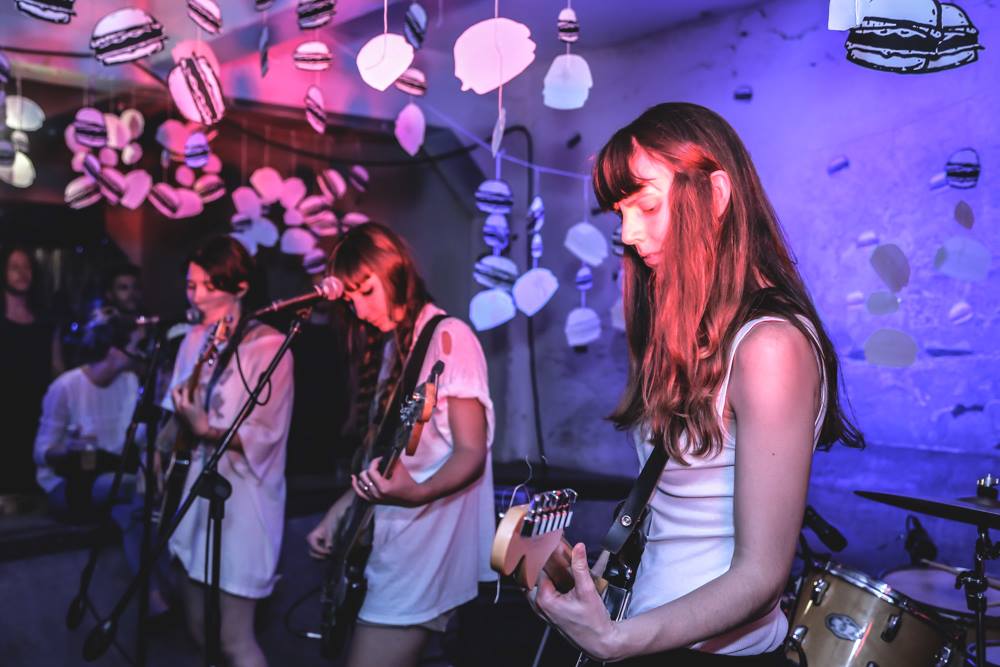 Posted at 13:51h in Music by Alexia Roussos
0 Likes

Punk started off as a rejection of mainstream values and the status quo, and was born “out of working class angst and the frustrations many youth were feeling about economic inequality and the bourgeois hypocrisy and neglect of working people and their struggles”, according to Wiki‘s punk ideologies page.

The subculture, with its no-nonsense and anarchic attitude and aesthetic, has always been about rejecting the status quo and being violently yourself. “The popularity of punk rock was, in effect, due to the fact that it made ugliness beautiful.” – Malcolm McLaren, best known for working with bands such as the Sex Pistols. And yes, punk sought to redefine and dismantle all of society’s unprogressive “norms”. 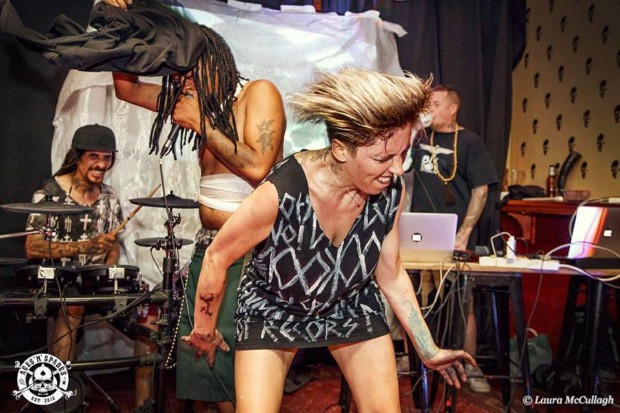 In South Africa, some our most “punk” icons (who might not have been punk rock musicians) perfectly encapsulated the punk idealogies. Lebo Mathosa and Brenda Fassie were people who chose to be wholly themselves despite the consequences. Both of them were constantly criticised for the way they presented themselves; for their sexuality; their music; the way they dressed, and more. While bands such as mixed raced National Wake delivered punchy political messages during the height of apartheid, only to be broken down by the racist regime.

Regardless, these South African punks were both socially conscious and politically involved and used their platforms and their art to address societal issues. The combination of speaking up for what you believe in and staying true to yourself is a big “fuck you” to society. Perfectly punk. Here’s a look at some of South African punk outfits. 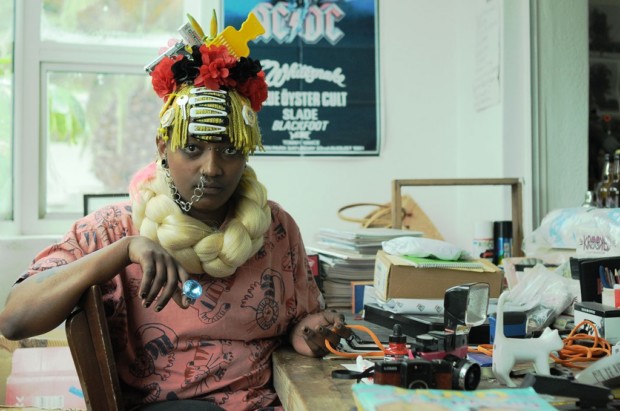 Purity Mkhize started off with Durban band Fruits & Veggies. Now a solo star, Purity makes music under the name Pure and sites Erykah Badu, Billy Holiday, Edith Piaf, Miriam Makeba, Lauryn Hill, Nina Simone, The Strokes, and the Gorillaz as her influences. In a in-depth interview with The Lake, Purity talks about how Fruits & Veggies pioneered a punk rock scene in Durban — and despite attempting to be apolitical in their lyrics, their very presence was politic.

“Even though ‘Fruits and Veggies’ was dead I couldn’t help but notice that we had started a new wave in the Durban punk-rock scene, a small one but a wave nonetheless. I was determined to ride this wave, one way or another!” Indeed, Pure has ?. Check out her single No Secrets. 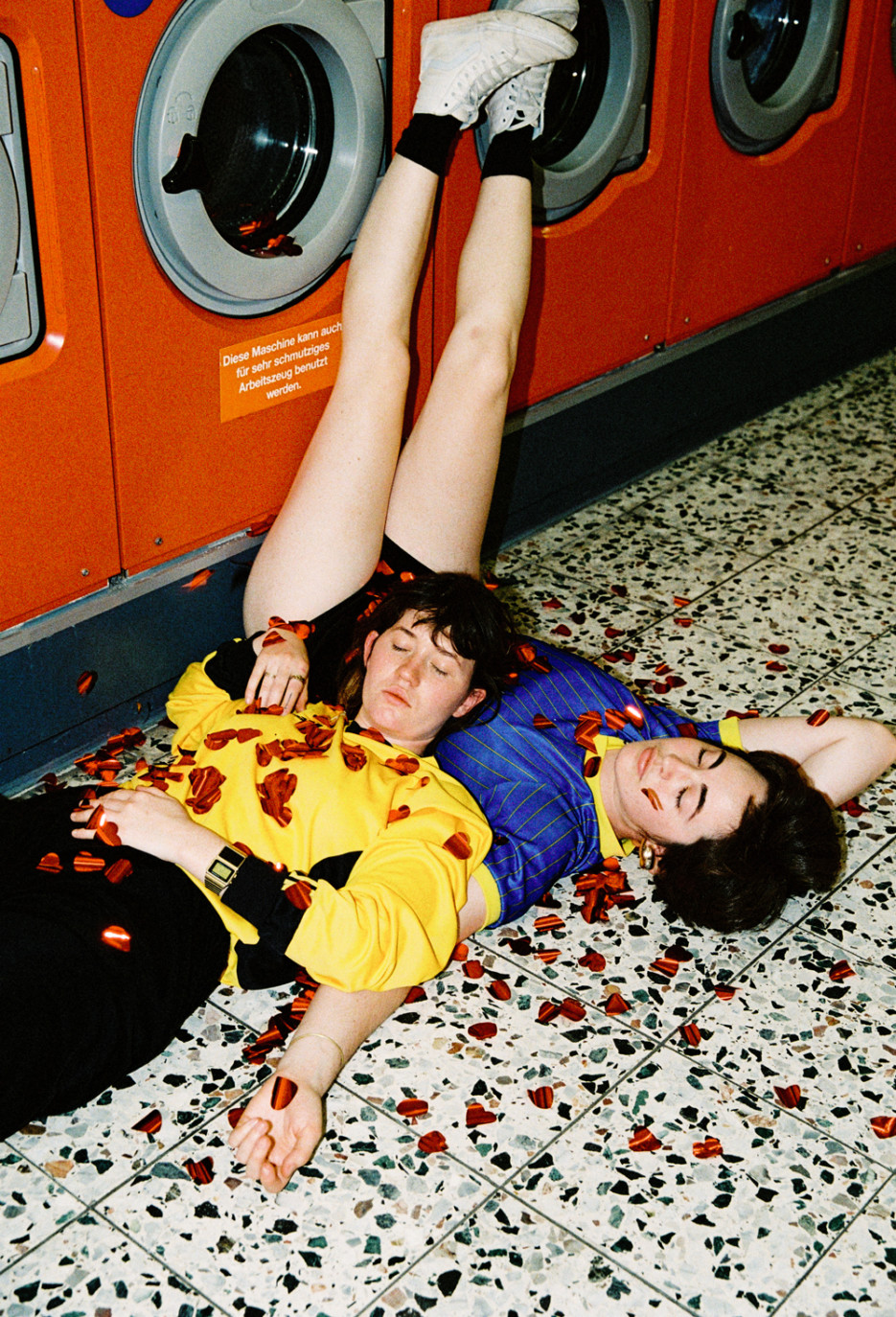 Hyroine is a Cape town-based band made up of best friends Roxy Caroline and Helen Wells. The band has a strong focus on making feminist music and operating as free, independent women. They duo told us that they changed the spelling of their name from “Heroine” to “Hyroine” as a middle finger to the word ‘he’ and to misogyny in general. “It’s still pronounced the same but at the end of the day our names aren’t what make us seen or heard, it’s how loud we shout and what we’re shouting about. I’m shouting at years of conditioning. I’m shouting at people who won’t let me talk because I have a vagina. I’m singing softly to these same people too and sometimes that’s heard just as loudly.”

BLK JKS have been at the fore of the punk/rock scene since their formation in 2000. With their brazen and beautiful melodies, potent lyrical content and all-round badass punk aesthetic, the band took over the world — with international performances and cover stories in publications like Fader and Rolling Stones. The band’s latest project is a collaboration with equally punk and equally politically fearless musician, Thandiswa Mazwai, whose music blends genres from rock to jazz.

Earlier this year, the singer said, “I am doing a collaboration with the BLK JKS for a punk rock album. So that I can engage my angry/rage side.” Known as King Tha vs BLK JKS, the collaborative punk project between Thandiswa and BLK JKS  will perform on the Afropunk Joburg stage this December. We cannot wait to witness this meeting of punk.

Dookoom is a Cape Town-based band infamous for their political commentary, especially on the subject of land reform and reparations. Unapologetic and fearless, DOOKOOM tackle issues in their music that many would back down from. And in 2014, Noisey reported on the group with the headline, “Meet DOOKOOM, the South African Hip-Hop Crew White Afrikaans Civil Rights Groups Want Banned”, following conservative Afrikaans group Afriforum reacting adversely to the band’s breakthrough track Larney, Jou Poes, and accompanying video interrogating land reform. Led by frontman Isaac Mutant, the band — who will be playing at Afropunk Joburg — is not adverse to confronting politics head-on while making dope ass tracks. 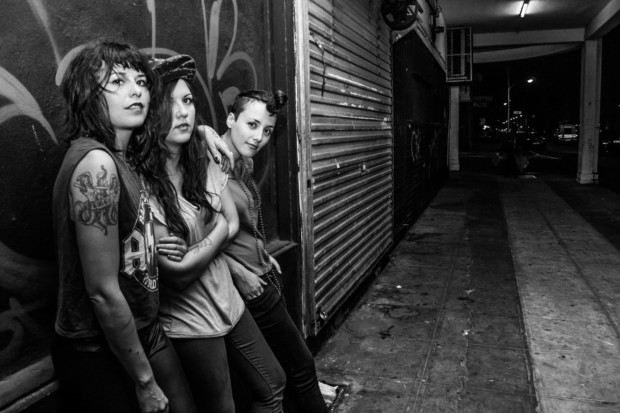 “The sound of Cortina Whiplash has been fashioned out of all things female: pregnancy, periods, PMS, bitch fights, crying and horse riding. We are now an all-seeing, omnipotent, 6-legged she-monster birthed out of the fallopian tube of rock ‘n roll.” That’s according to this Gauteng all-girl punk band Cortina Whiplash Facebook page. Made up of Loandi Boersma, Auriel Van Zyl, Tessa Lily, the band — named after the iconic Ford Cortina — have been together for over 10 years and are described as one of the leading voices against gender stereotypes within the genre.

After being mistreated and gendered in the industry, the band say they “chose to present ourselves as strong, talented women who were comfortable with ourselves, our sexuality and our appearance. We wanted to empower and relate to other women and girls by demonstrating a uniquely female take on things.” You can catch them at Arcade Empire on 1 December, or Good Luck Bar in Joburg the next day.