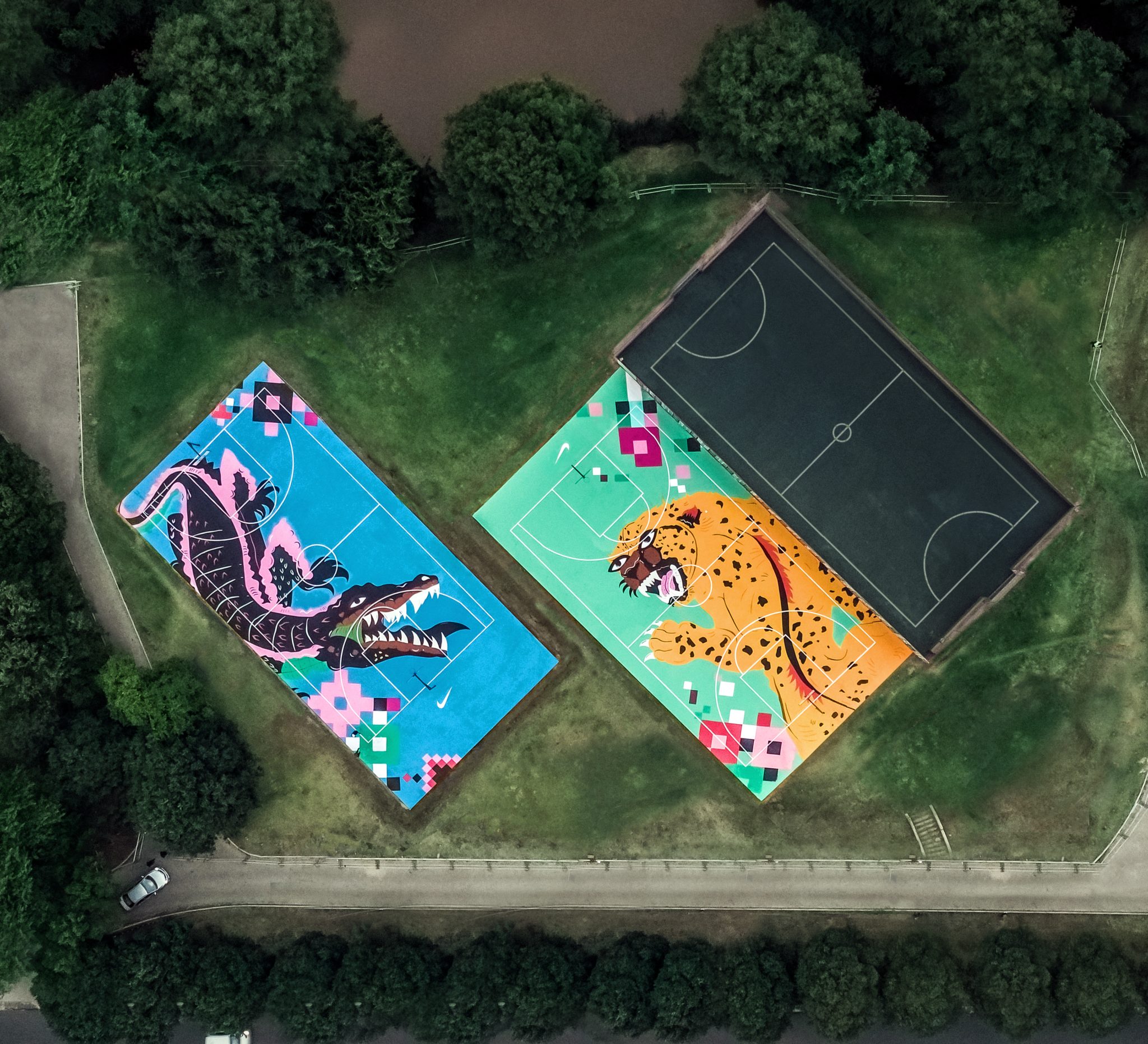 Posted at 14:49h in Joburg by Nikki Zakkas
0 Likes

As part of Nike’s commitment to inspiring the next generation of athletes in South Africa, the brand has revamped one of the city’s first b’balling spaces: the Zoo Lake basketball courts. For this project, Nike teamed up talented local artists in Faatimah Mohamed-Luke and Karabo Poppy Moletsane to create the new design of the basketball courts.

Incorporating elements from their own signature aesthetics, the design is inspired by the concrete jungle of the Joburg and brings a proudly South African narrative to the sport. 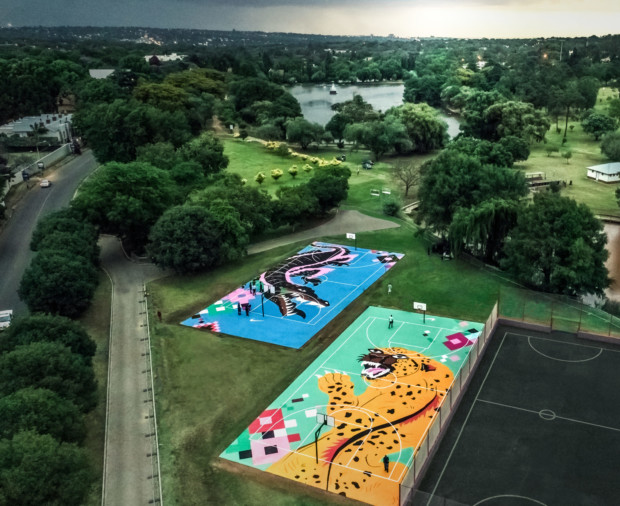 Karabo’s illustration features two animals in battle, namely the crocodile emerging from the lake and the cheetah emerging from the grasslands or the zoo. The animals are overlaid by geometric shapes designed by Faatimah, which are inspired by natural elements.

“I have never done any kind of surface design before, so to have my first one be with such an iconic brand was surreal,” says Faatimah. “I absolutely loved working on such a large scale and with an unusual surface. Karabo and I really wanted to incorporate all the elements that are unique to Zoo Lake in an authentic African urban way, and to be given that creative freedom is a designer’s dream.”

This weekend, Battle Force — a basketball and hip hop event — will take place at the courts (2 December). 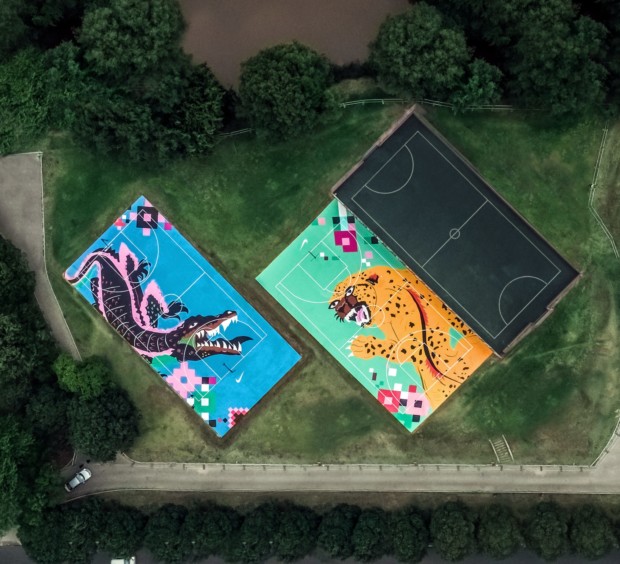 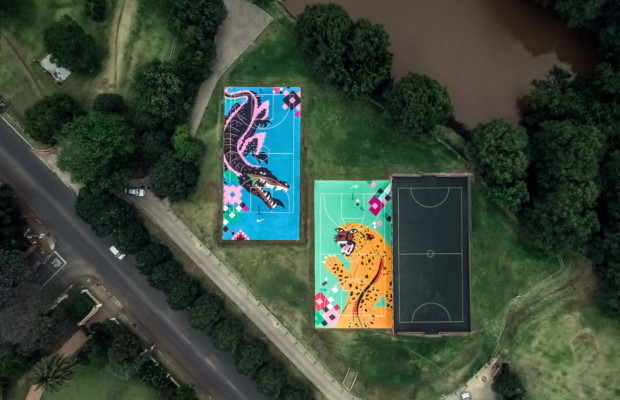