Posted at 11:17h in Beauty, Fashion by Nikki Zakkas
0 Likes

A few models from across South Africa talk to us about how they got their start in the fashion industry. Renowned models Sanele Xaba and Junette Syster plus new comers to the fashion scene, Mia Dennis and Mziyanda Malgas, are activists and artists, pushing racial, body and age diversity forward within the business. Here, they reveal to us how they were first discovered and what it felt like.

Mziyanda “Lohaanda” Malgas  is a 20-year-old model based in Cape Town, who has starred in a Louis Vuitton editorial and on i-D Magazine, to name a few of the campaigns he’s featured in. “Seeing my face in a magazine and on a giant billboard was a shock but also a moment of great pride,” he shares. Mziyanda joined agency My Friend Ned in March. 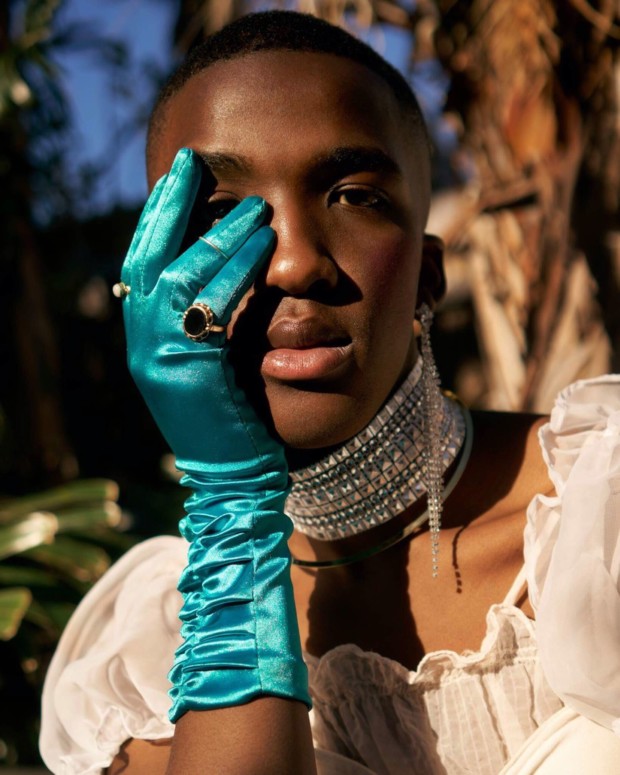 How were you discovered?
I was at a club called Waiting Room in Cape Town and a modelling scout came up to me, telling me that I was really beautiful and that I should model. My Instagram following started growing around about that time and the person found me and followed me a week later. She told me about the agency where she worked and said I should join.
This was last year and I was very unsure. I travelled to New York for four months and got so inspired there to become something great and do great things. This is where my goal of featuring in magazines that I loved such as i-D began. 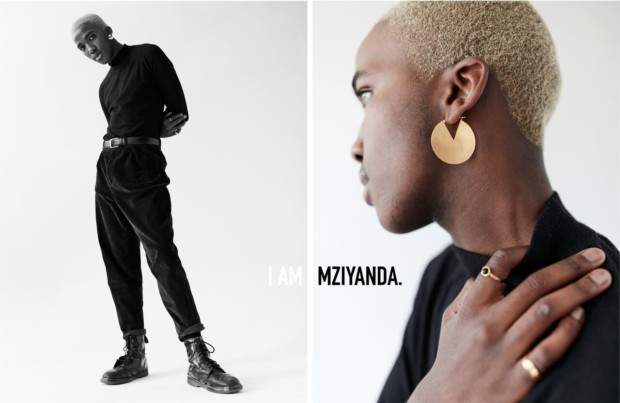 “The fact that we as the new generation are dictating and breaking the standards of what beauty is, has meant that many more opportunities have opened for me.”

Mia Dennis is a self-described “hella dream chaser” with plans to take over the fashion industry. “In essence, I’m part angel, part high school overachiever possessed by a succubus,” she says. Since signing to agency My Friend Ned this year, she has been featured on US publication for teenage girls Rookie, Superbalist’s blog The Way Of Us and Contributor Magazine. 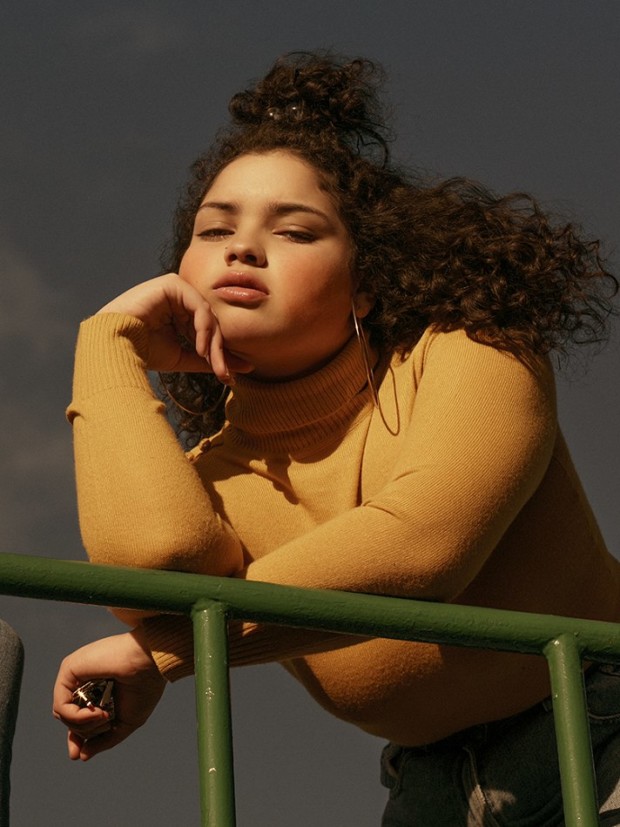 How were you discovered?
Toward the end of 2016, I was scouted on social media by Cape Town’s most fantastic scout Fani Segerman. I had the hugest girl crush on her since forever, not knowing she was a scout. I then slid into her DMs while stoned out of my mind and the rest is history. 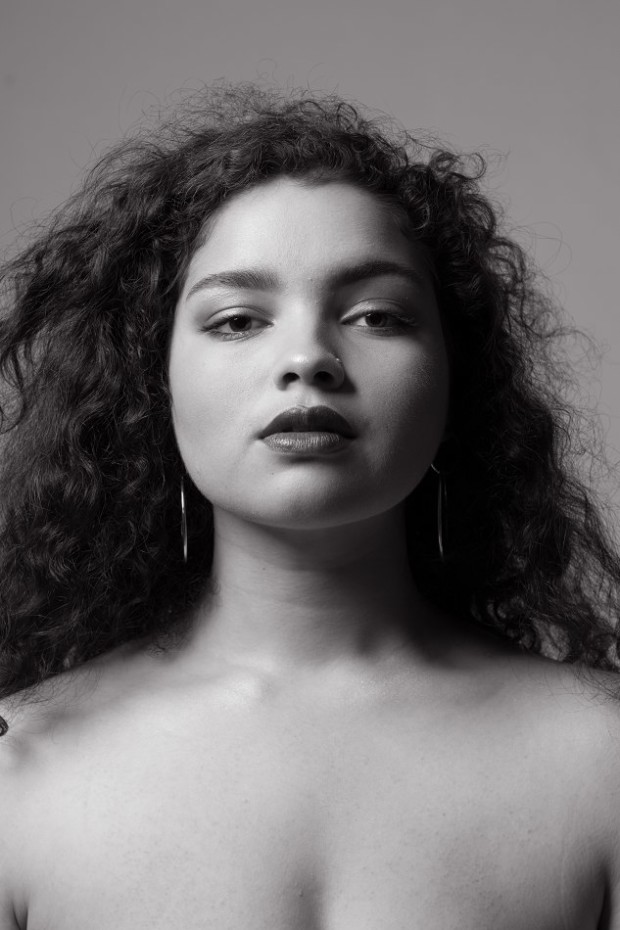 Sanele Xaba is a model and activist. He founded the Rolled Sleeve’s Outreach Programme, which collects secondhand school shoes, study aids and uniforms from schools to donate to children’s homes. His career highlights include starring in Adidas Originals’s Original Is Never Finished campaign plus receiving the opportunity to travel to Europe for four months to model and raise awareness about his skin condition. 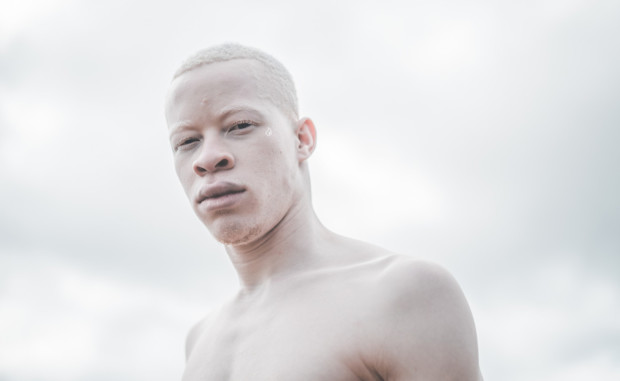 How were you discovered?
I was scouted in 2009 back in my home town in Durban by my former agent Derrick Mhlongo from IINDONI Models. It was after an Afrikaans exam in grade eight and was shocking to me as my plan was to pursue a swimming career. I was told about the Durban July and what I could do with my platform with regards to educating people about albinism. So yeah my first modelling gig was the Durban July 2009 and after that I didn’t turn back. 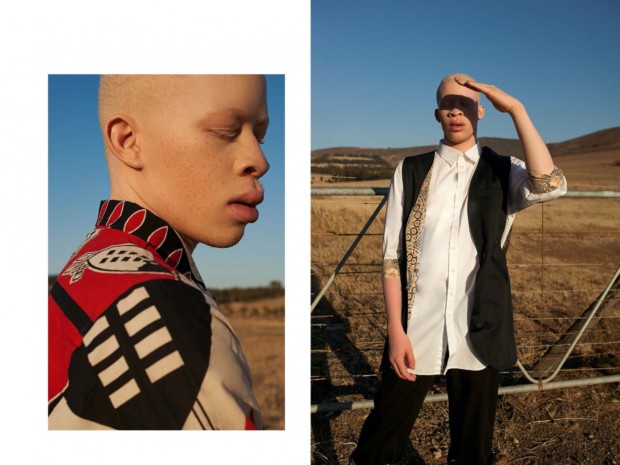 Curve model Junette Syster grew up in Mpumalanga and has been living in Cape Town for the past 10 years, where she is represented by ICE Genetics. “My agency manage my local and international career; linking me up with agencies and clients worldwide,” she says.

Her top moments of 2017 have been walking in Mercedes Benz Fashion Week and taking part in lingerie campaigns to “show that curvy girls can also be their own kind of beautiful”. 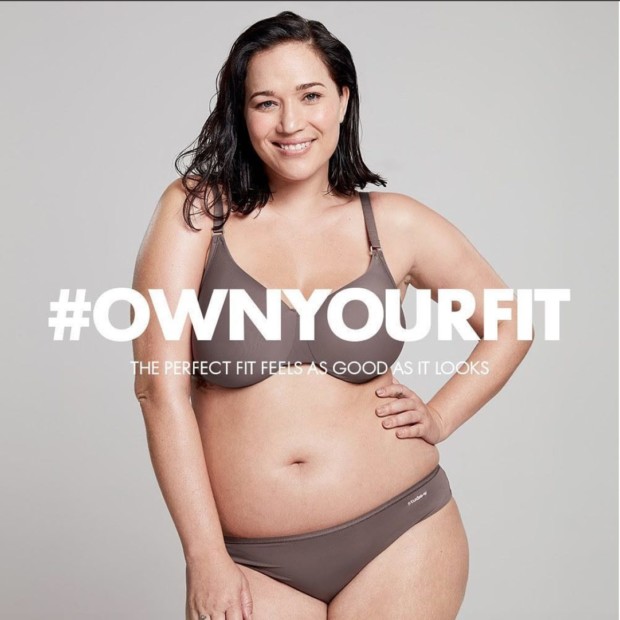 How were you discovered?
I was discovered by a model from ICE Genetics, Terri Lane, about three years ago at a Milk and Honey boutique spa women’s pamper event.  We have since become very close friends. If I knew what I know now I would definitely have tried signing up with an agency years ago. Modeling has changed my life significantly and afforded me some incredible opportunities.

“For me, it has been incredibly liberating to show my fellow models and women the world over that body diversity; beauty beyond size and embracing ones curves is no longer taboo or the minority; it is the future and the future is female.”