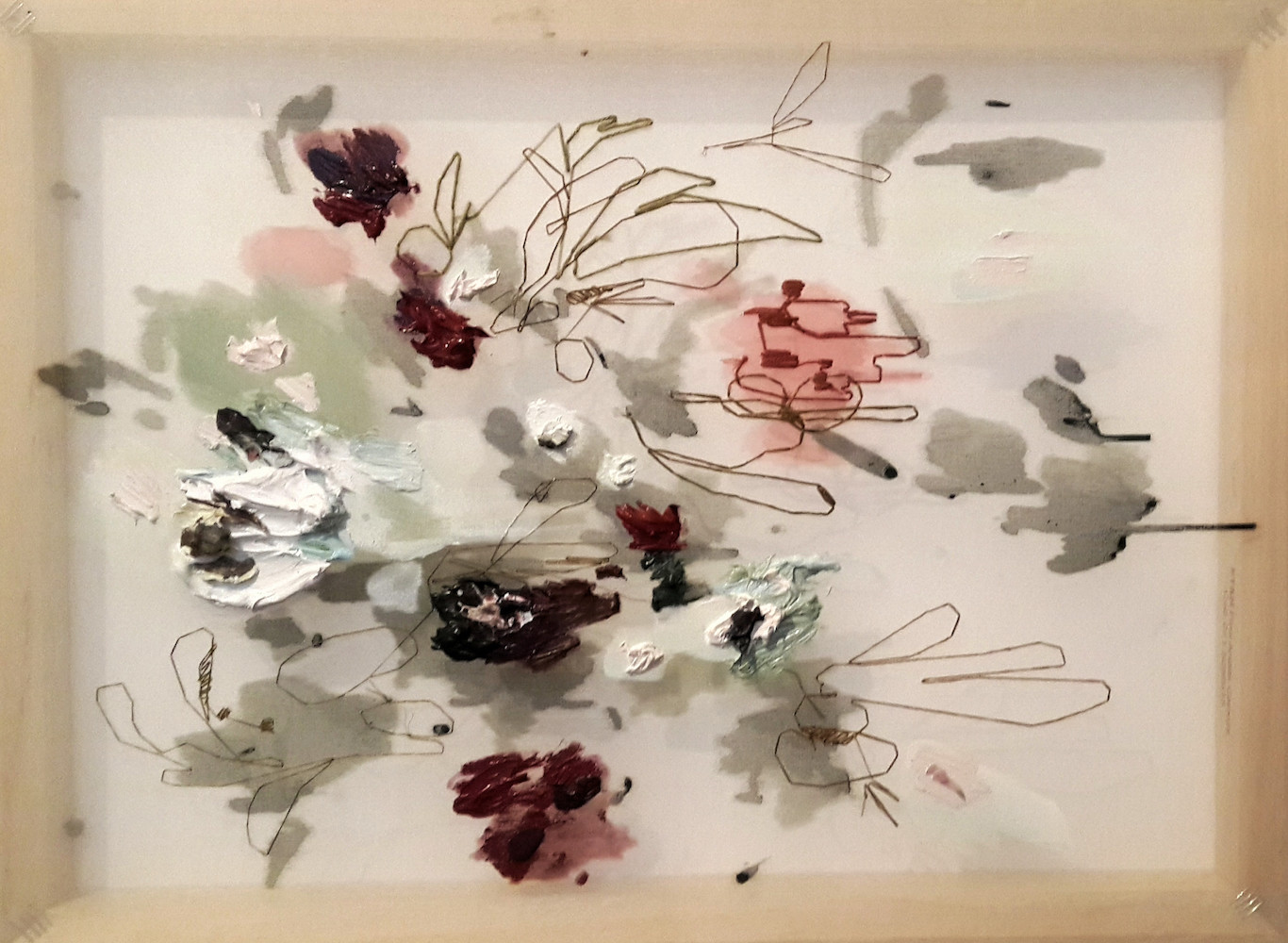 Cape Town artist Emma Nourse created both large and smaller works as her contribution to the recent Moving Still group exhibition at the AVA Gallery. While distinct from each other, all these works play into her fascination with transparency and being able to play with shadow and multiple layering.

“Some of my larger works came from looking at images that were quite overexposed, and often the images had figures in them. Working in oils I used fleshy tones and built the paint up to bring a fleshy feel to the painting, rather than the flatter works I’ve created in the past. I’ve played with layering, creating a feeling that the tulle that I stitch into my work is being pulled and stretched away to reveal what’s underneath or on top, playing with different ways to look at a flat image. Throughout my painting career I’ve always worked with mediums that are feminine – embroidery, tapestry, and the tulle came in as I’m fascinated by transparency and being able to play with shadow and multiple layering. The contemplative stitching and quiet time is more about the process than anything else, allowing my hands and eyes to take over without overthinking every minute detail. My embroidery often begins with mimicking the paint marks. Sometimes they can be quite playful and they end up being quite floral, whereas other times they are a bit jagged or a bit more aggressive, depending on the mood. I like the confusion those patterns bring to the eye, and it is exciting to see the shadows that the embroidery make on the actual canvas. ” 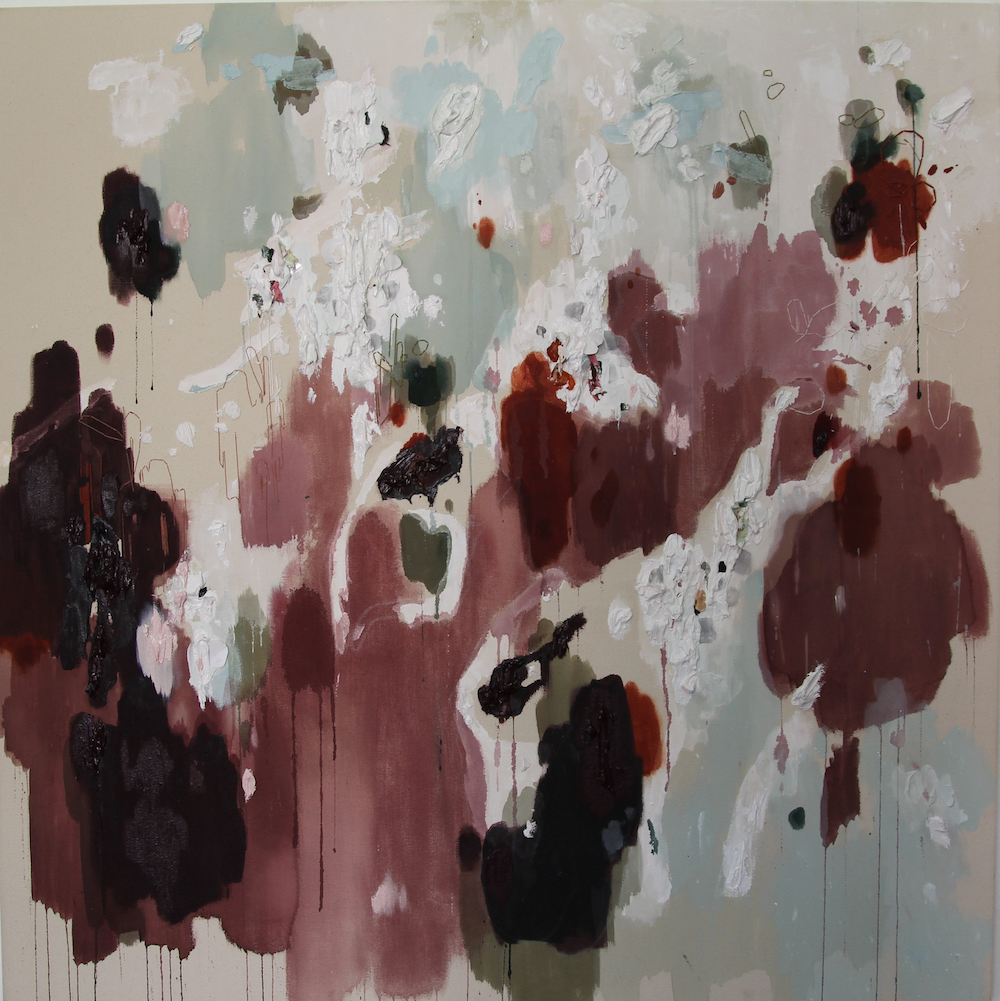 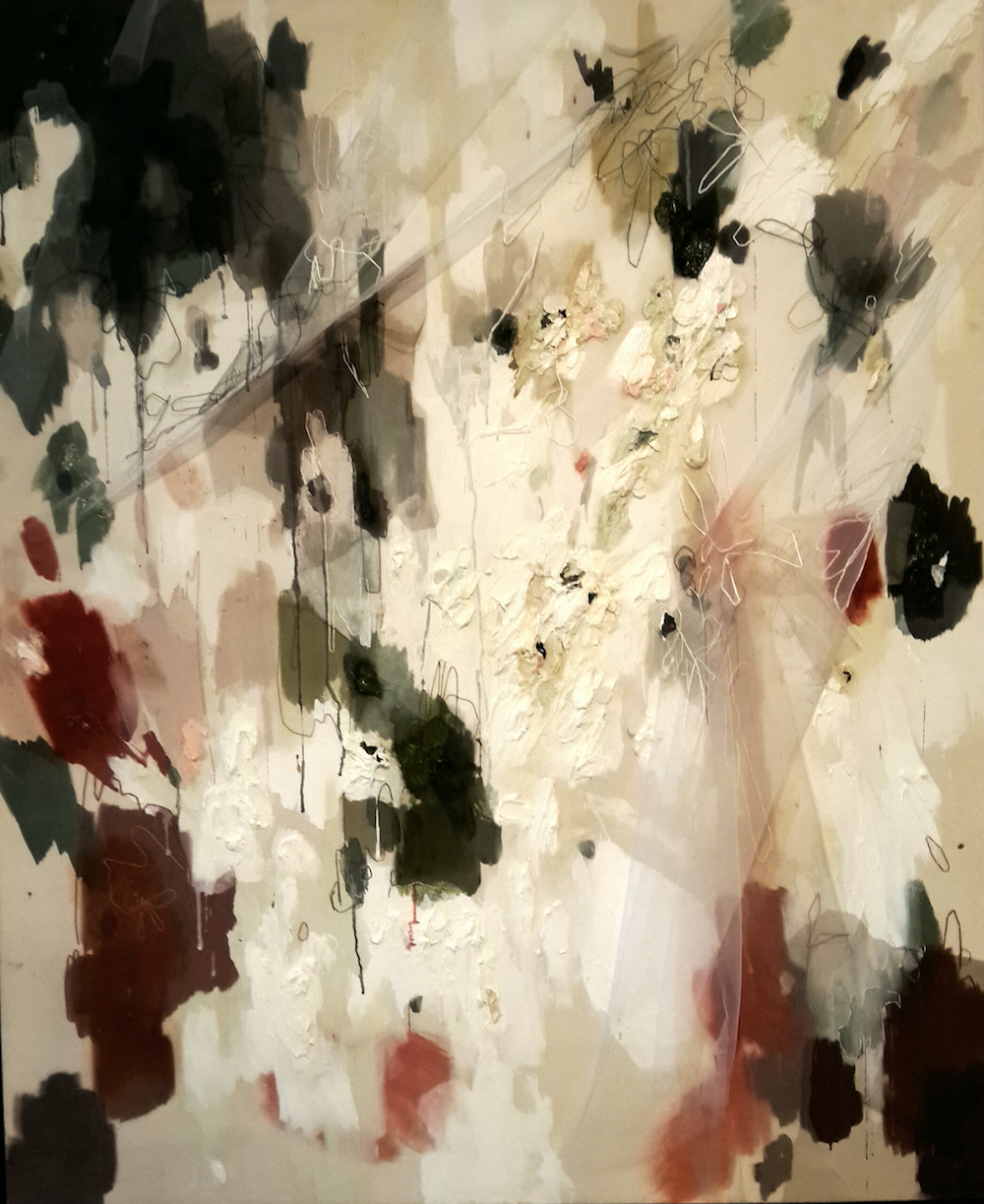 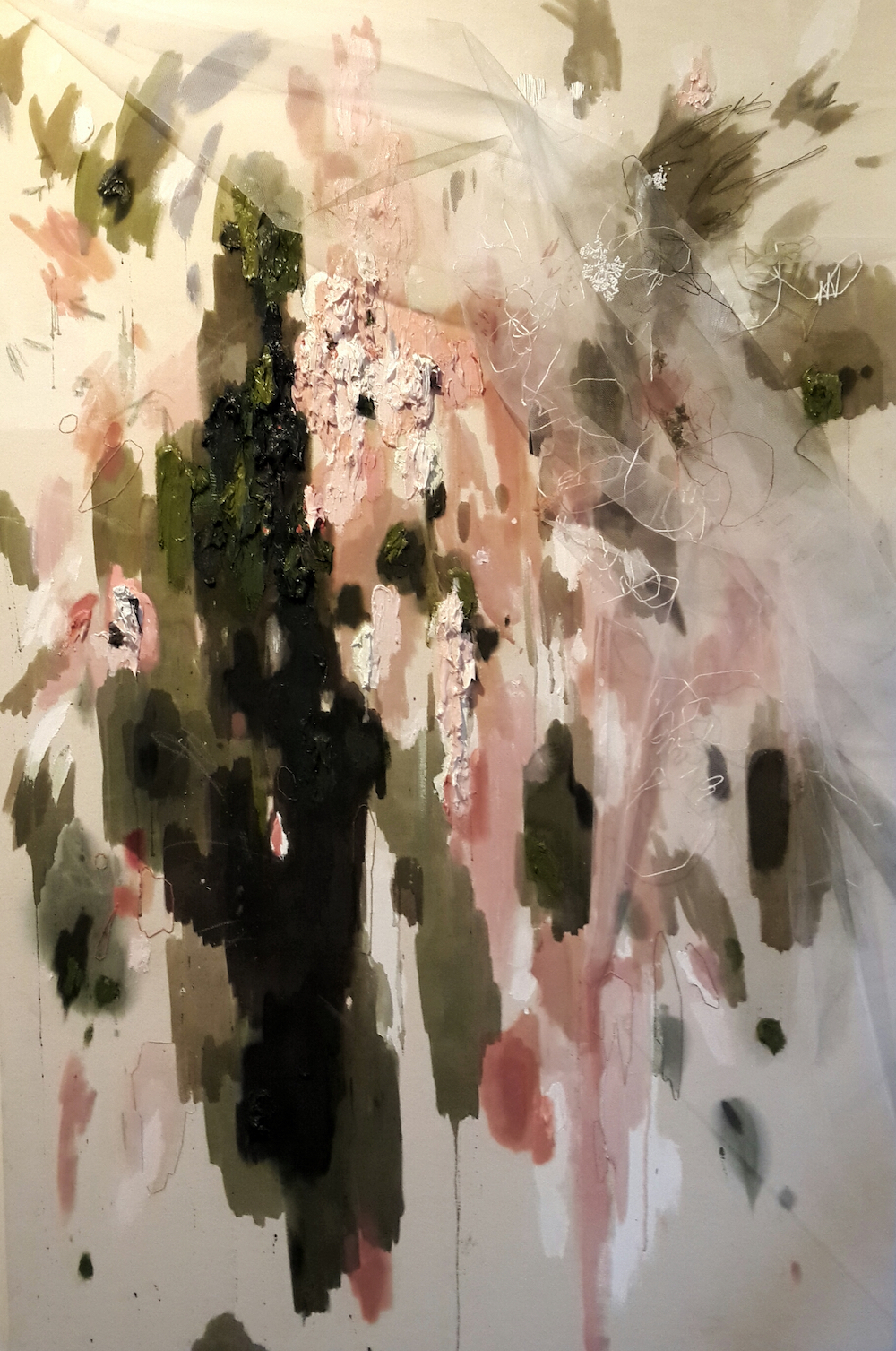 “I feel like the silks are one body of work. I chose silk because I always like working with natural materials and I quite like the idea of artworks having their own life span. True to the balance of nature, silk won’t live on forever. With these silk works the process was all about finding the balance between delicate and robust, heavy and light, soft and hard. I really built the paint up and then brought in delicate stitching to ‘tie’ the painting and the silk together. I really love the fact that at every angle these works are different. The shadows the embroidery creates have a life of their own.” 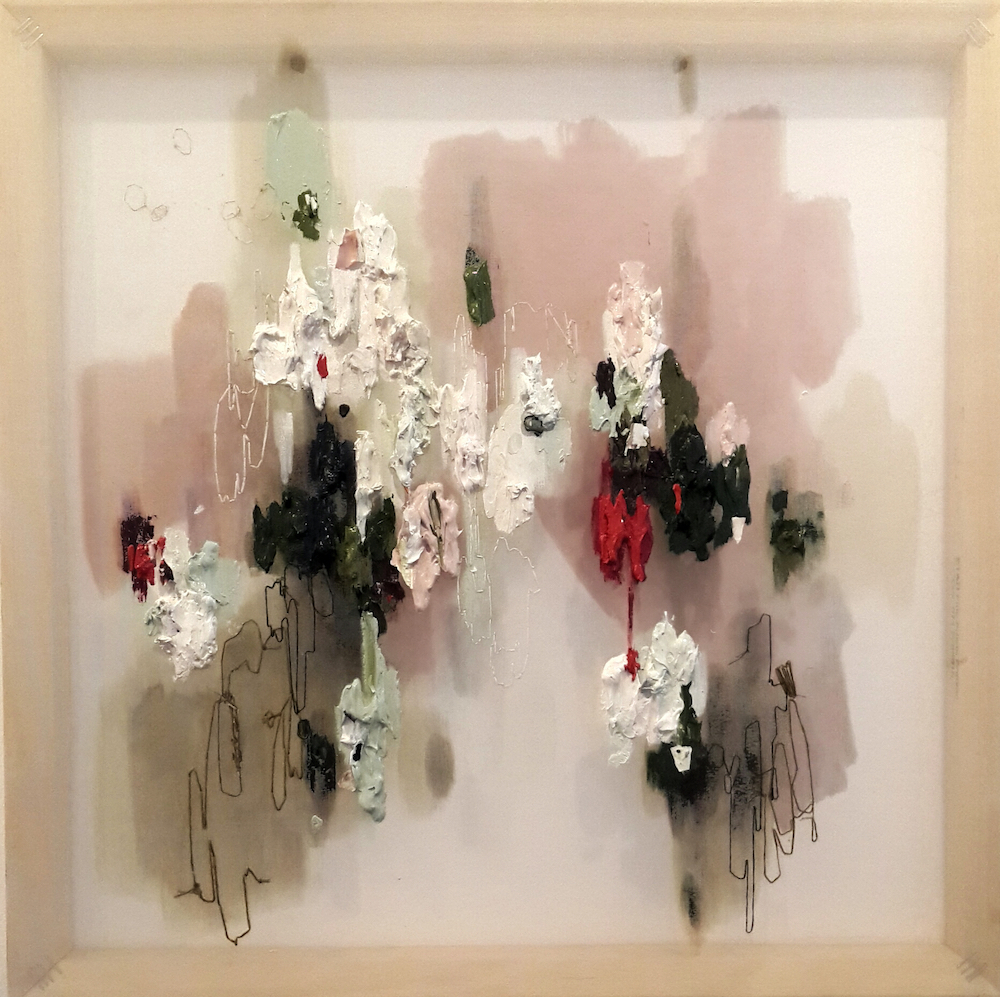 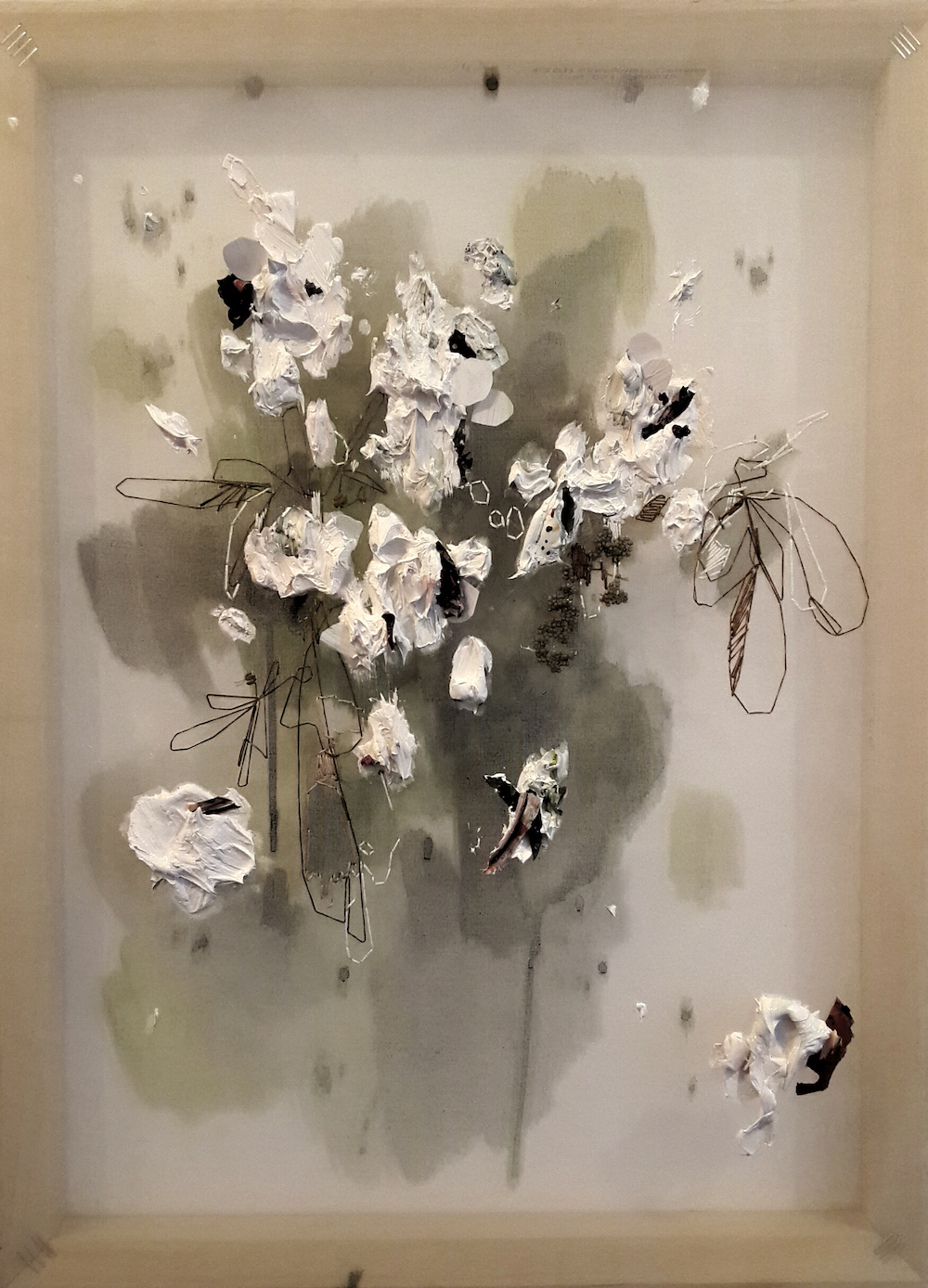 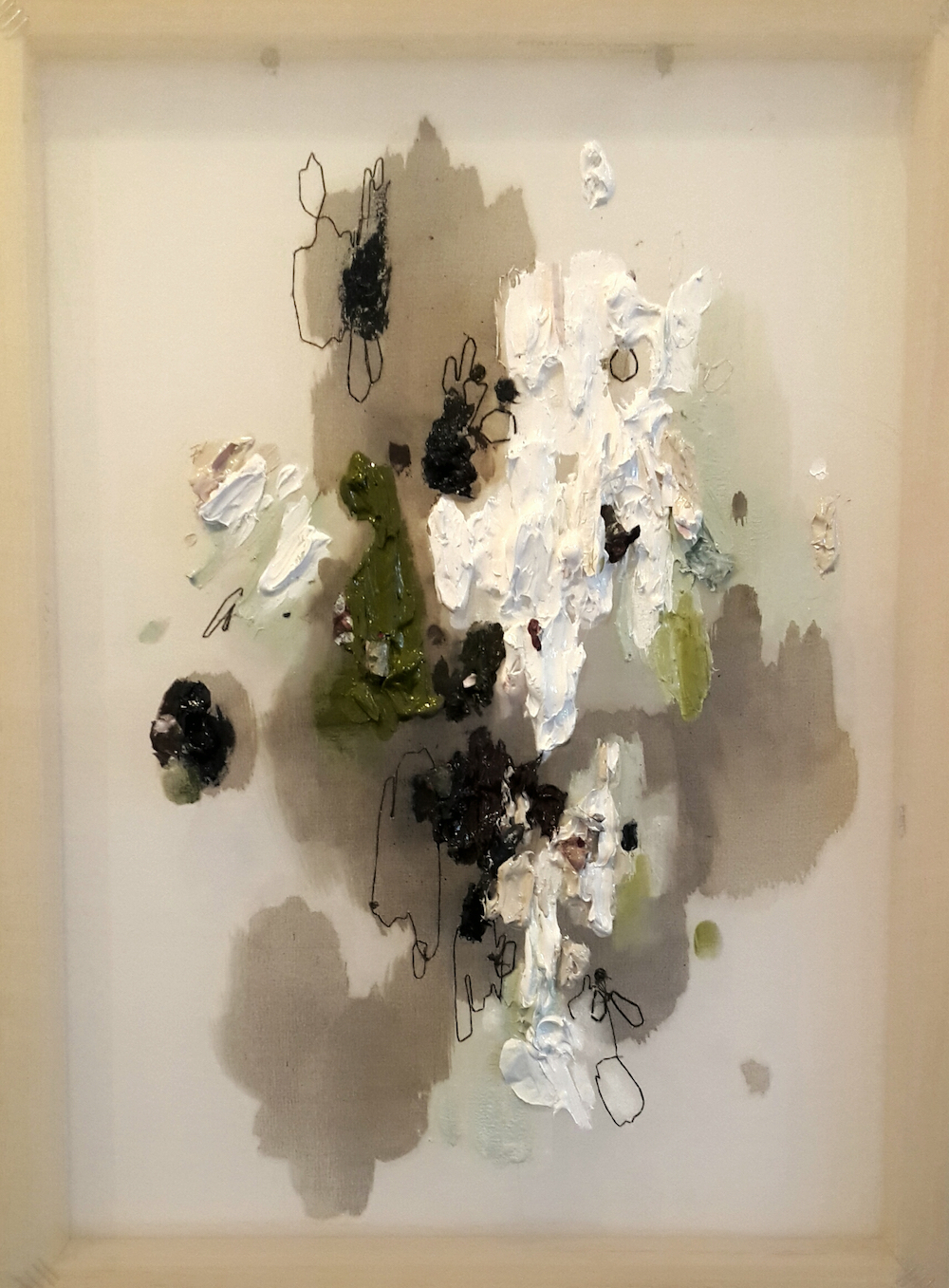 This recent body of work created by Emma  was part of the Moving Still group exhibition at the AVA Gallery that was the culmination of Nando’s Creative Exchange, in partnership with Spier Arts Trust.