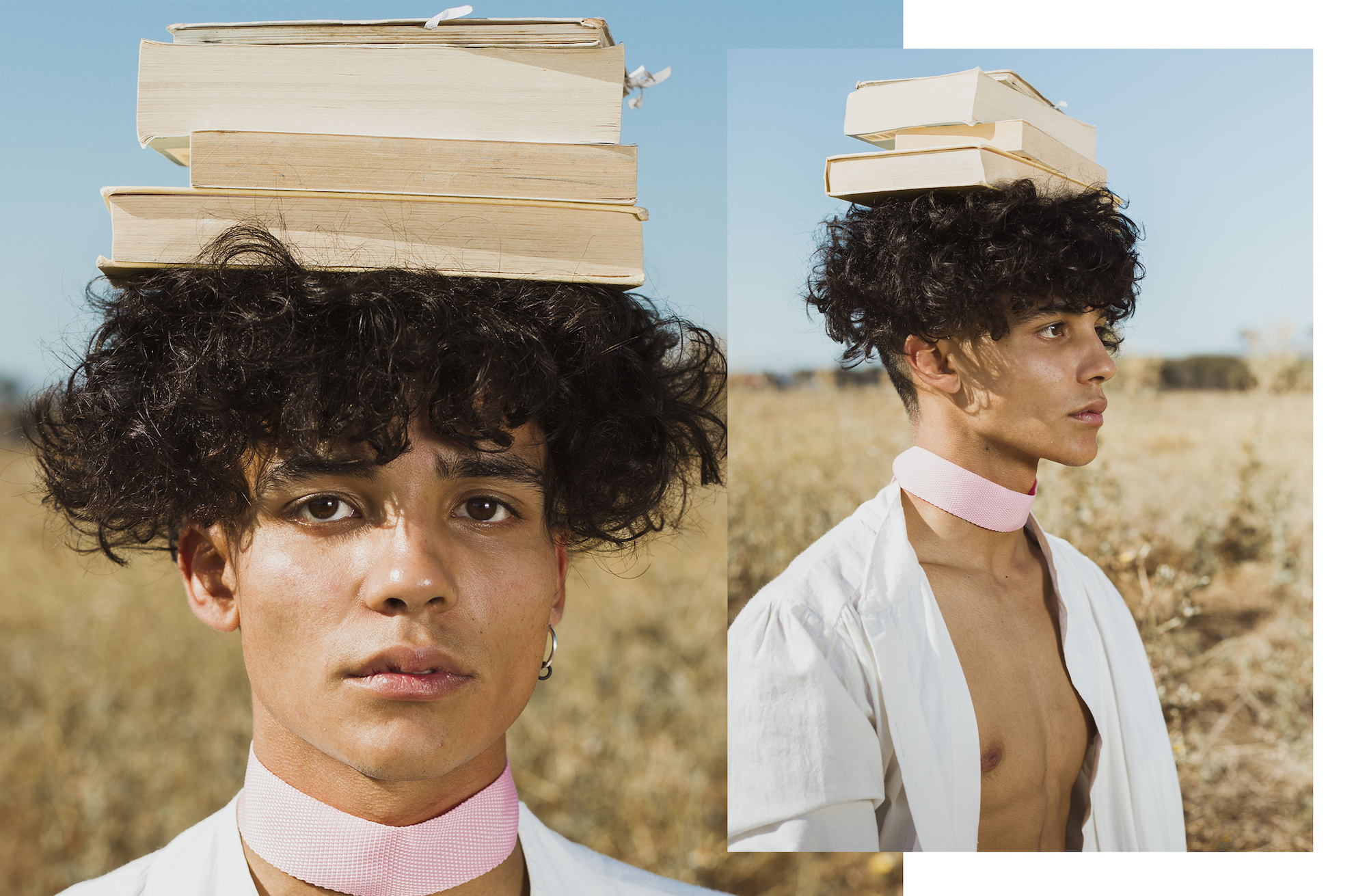 A brand new editorial series, titled Softer, celebrates the power of individuality. And attempts to interrogate socially constructed identities. With a focus on the concept of masculinity, especially the idea of a “softer masculinity”, according to Softer’s creators, made up of Cape Town-based media duo Half & Halve (Shak Toefy and Tash Toefy), who shot the lookbook and the editorial’s concept creator, Nicola Kruger.

“‘Traditional roles’ often attempt to create a powerful individualism however, rather contributing to a societal conformity. Softer alludes to not only physical but mental and emotional aspects of individuality. There is both a hidden and intellectual capacity in the power to confront expectation.”

The idea of the visual series came from exploring the foundations of the site Creature Nicola, according to multifaceted creative and student Nicola.

“Creature Nicola aims to investigate the intersectionality of society, and Softer was born out of this notion. I created the site in order to dissect aspects of the fashion industry in a way that explores, questions and creates. Softer would fall under my category of fashion journalism; my true passion.”

Shot at the Rondebosch Common, and featuring Reatile Mohlaoli and Matthias Lang, Softer‘s styling, which includes textured and layered looks, “proceeded to subtly nudge the idea behind Softer“, says Nicola. “Soft pastel colours have traditionally been associated with gentleness. While the stacking of books and tied flower hat were used for symbolic representation.”

According to Nicola, the body of work continues to interrogate symbolic and visual representation in society, such as flowers, “which have historically been stereotyped as ‘feminine'”. But the creative says, “I worked to try and allow for space for interpretation. I wanted the message to be clear yet subtle.”