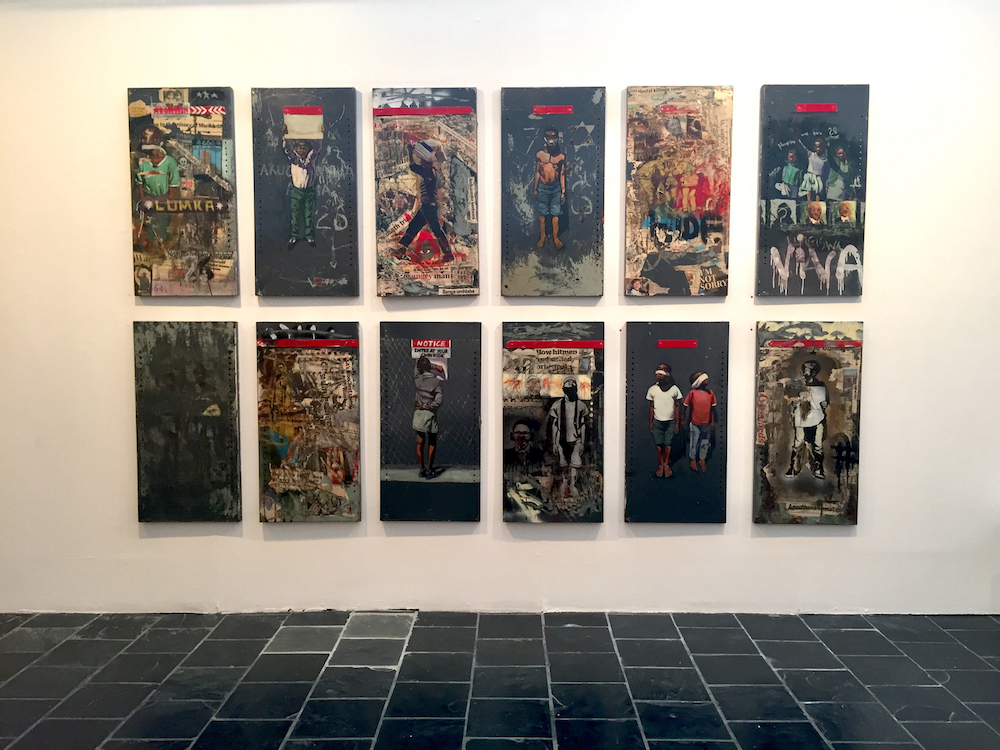 As a father of six children Lindile Magunya spends a lot of time thinking about the South African township society and the world of digital media in which contemporary children are growing up.

His frustration with society and refusal to ignore the everyday issues of poverty, discrimination, injustice and political uncertainty that surround him fuel his process of creating mixed-media work on metal sheets.

The metal surfaces on which Lindile paints echo the zinc metal roofs of the shacks that he looks down on from his Mfuleni studio. On these metallic ‘canvases’ Lindile expresses his protest, finds some ‘relief ‘in the process of making art, and strives to use his life experiences to educate children about the communities in which they live. A combination of contrasts can be found in his artworks: scrap metal against delicate painted surfaces, lights against dark shadows, mainstream media clippings alongside unique self-expression, and moving figures set off against still lives.

The 12 artworks Fikile created for the recent Assemblage group exhibition at the AVA Gallery were the culmination of his journey as a participant in the artist career-development programme Nando’s Creative Exchange, in partnership with Spier Arts Trust.