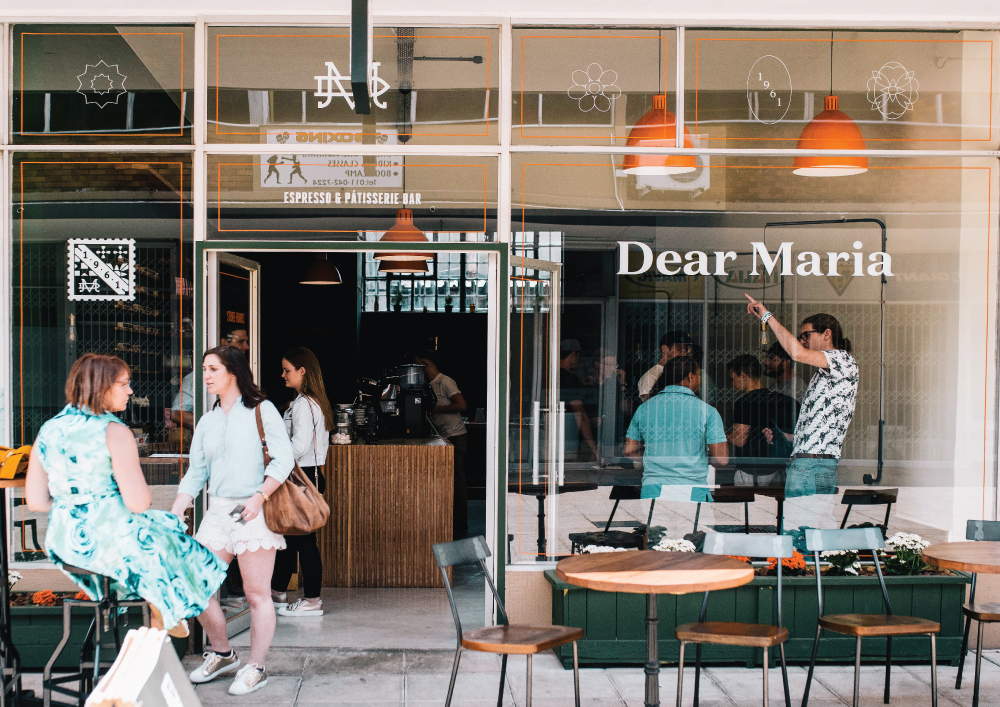 Dear Maria is a new espresso and pátiserrie bar in the east of Joburg, conceptualised by designer and illustrator Daniel Ting Chong.

“And takes its name from a mother who loved her son more than he could ever know. We pour into every cup a love that only Maria could give,” goes the shop’s first post on Instagram.

“The name derives from the client dedicating the establishment to his mother, Maria,” says Daniel who is in Cape Town and according to his website, studied graphic design at Vega School and has worked with international brands including Nike, New York Times and PUMA.

The bar is a metaphoric written letter to Maria, which is the driving concept that resulted in the branding assets and is symbolically represented through the use of a stamp, says Daniel.

“I worked with my wife, Samantha Shan, to conceptualise and develop the interior space. In further dedication to the client’s mother, Samantha conceptualised a space that is raw in materiality, while retaining a sense of homeliness that feels ‘lived in’ but modern.

“To complement the colours derived from the brand identity, the material palette is centred around the use of raw reclaimed timber and speckled terrazzo. The terrazzo is featured in the custom made countertops that has embedded within it the colours aligned with the brand,” says the award-winning creative.