Sandile ‘Ashar’ Mhlongo’s paintings articulate his life story – one of personal struggle, strong family ties, and friendships. His mission as an artist is to express the lives of his community, where crime, poverty, and hopelessness are a reality in a context of very little money and the fear of not being able to put food on the table for one’s children tomorrow.

Inspired by daily experiences and the people that surround him, Ashar’s work addresses problems prevalent in South African society; problems exacerbated by politicians, corruption, and abuse of power.

During the Nando’s Creative Exchange,in partnership with Spier Arts Trust Ashar used the artist career-development programme to switch his focus from painting cars as a metaphor for vehicles that help man reach dreams, to painting scrapped cars.  In these heaps of broken metal, he sees the possibilities of recycling what is already broken into updated ‘vehicles’ that have the ability to carry our dreams into reality.

Intriguing angles and perspective, coupled with an unusual colour palette are Ashar’s visual trademarks in this memorable new body of work.

These four recent artworks were part of the group exhibition Assemblage that recently ran at Cape Town’s AVA Gallery. 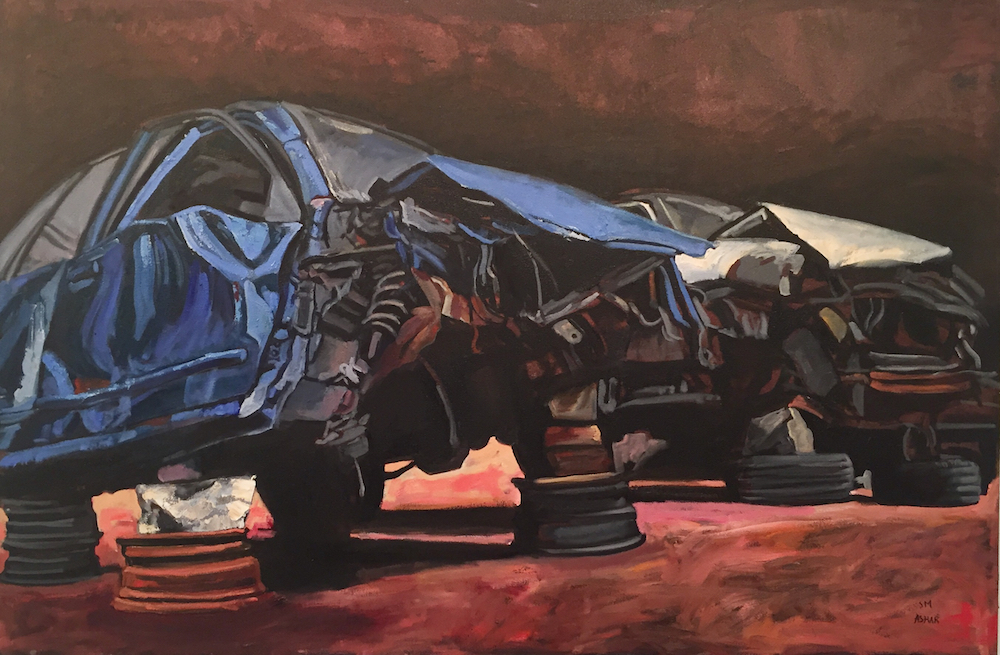 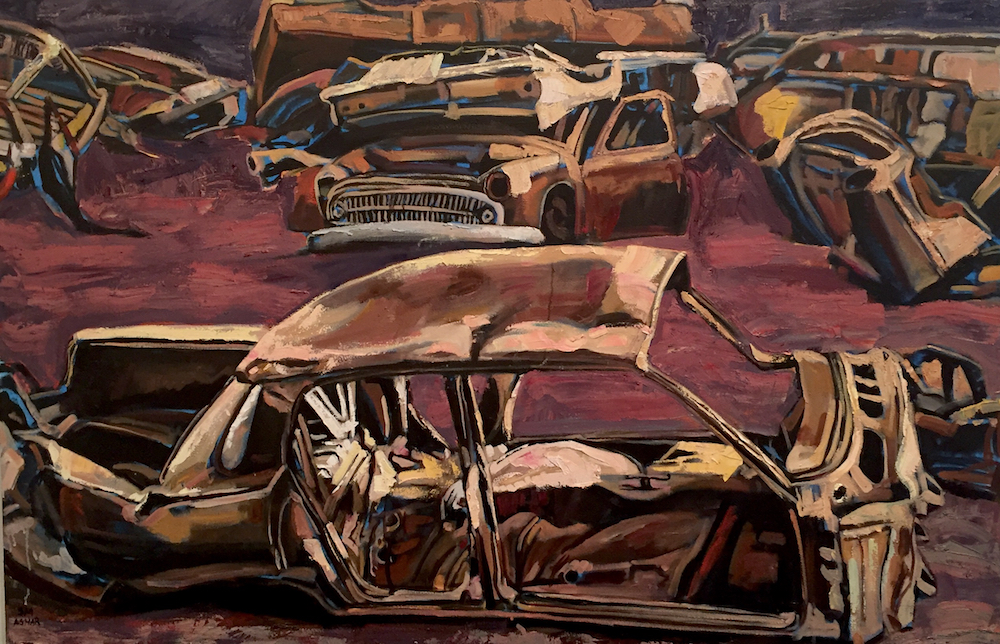 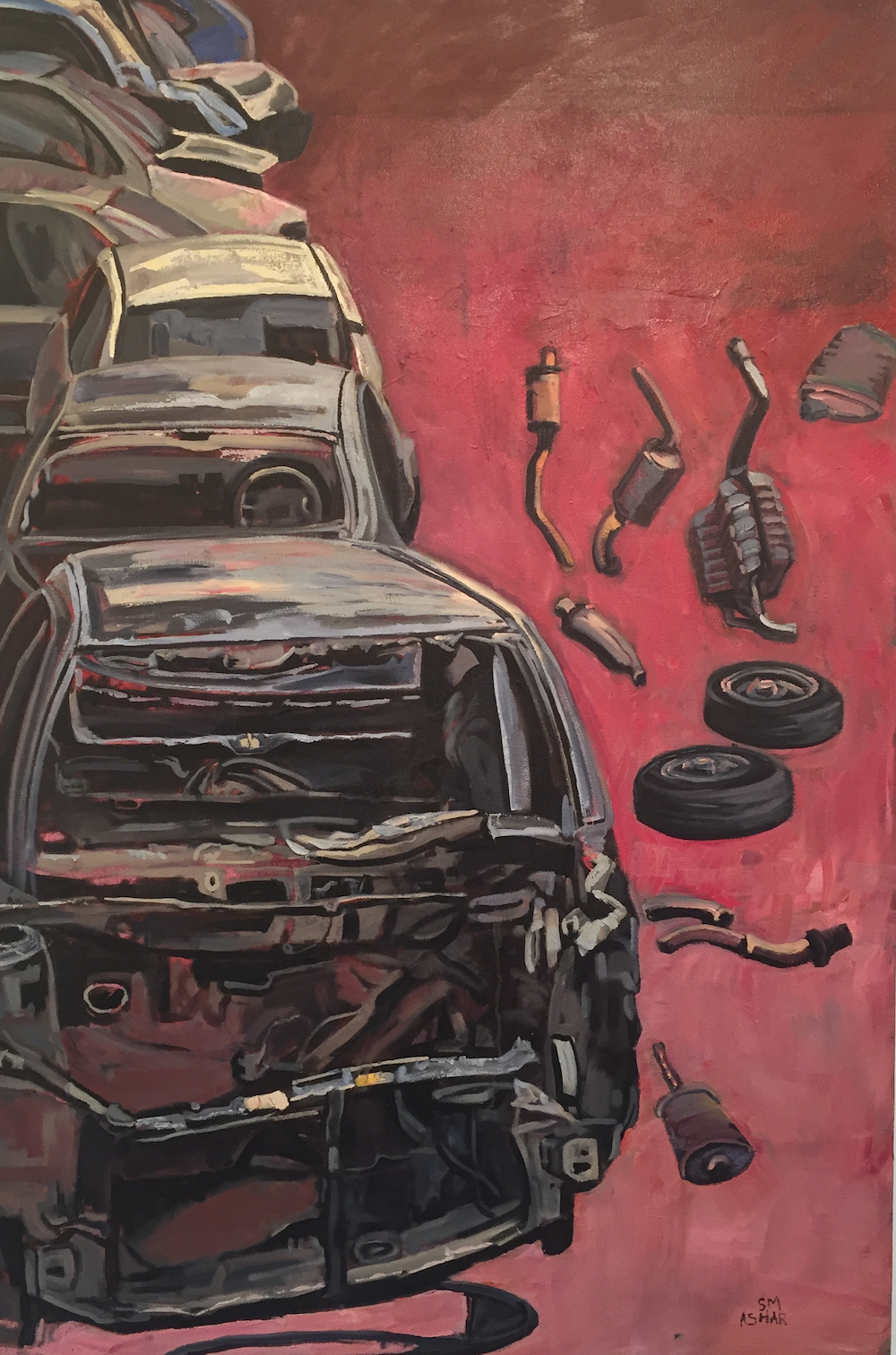 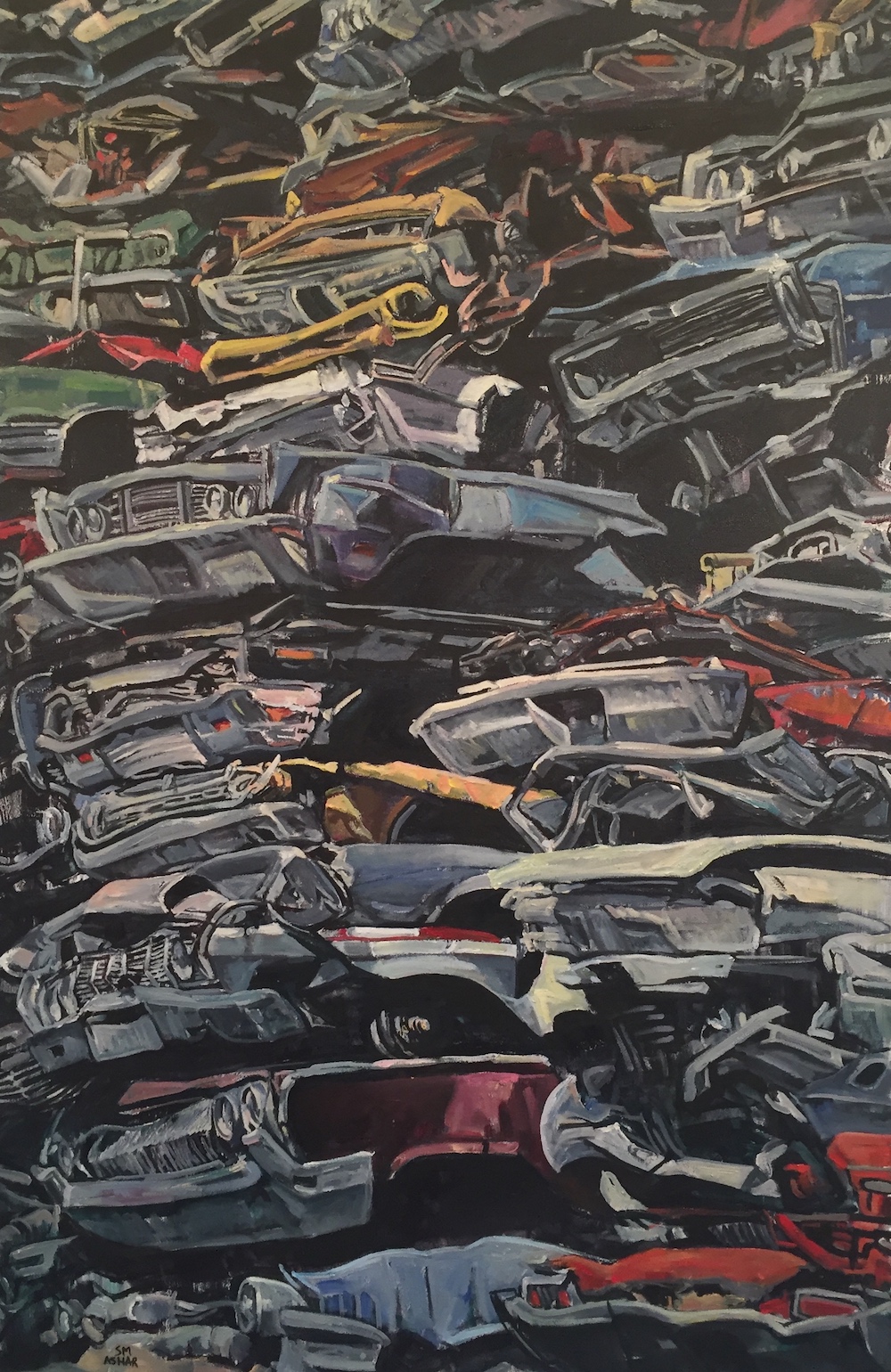