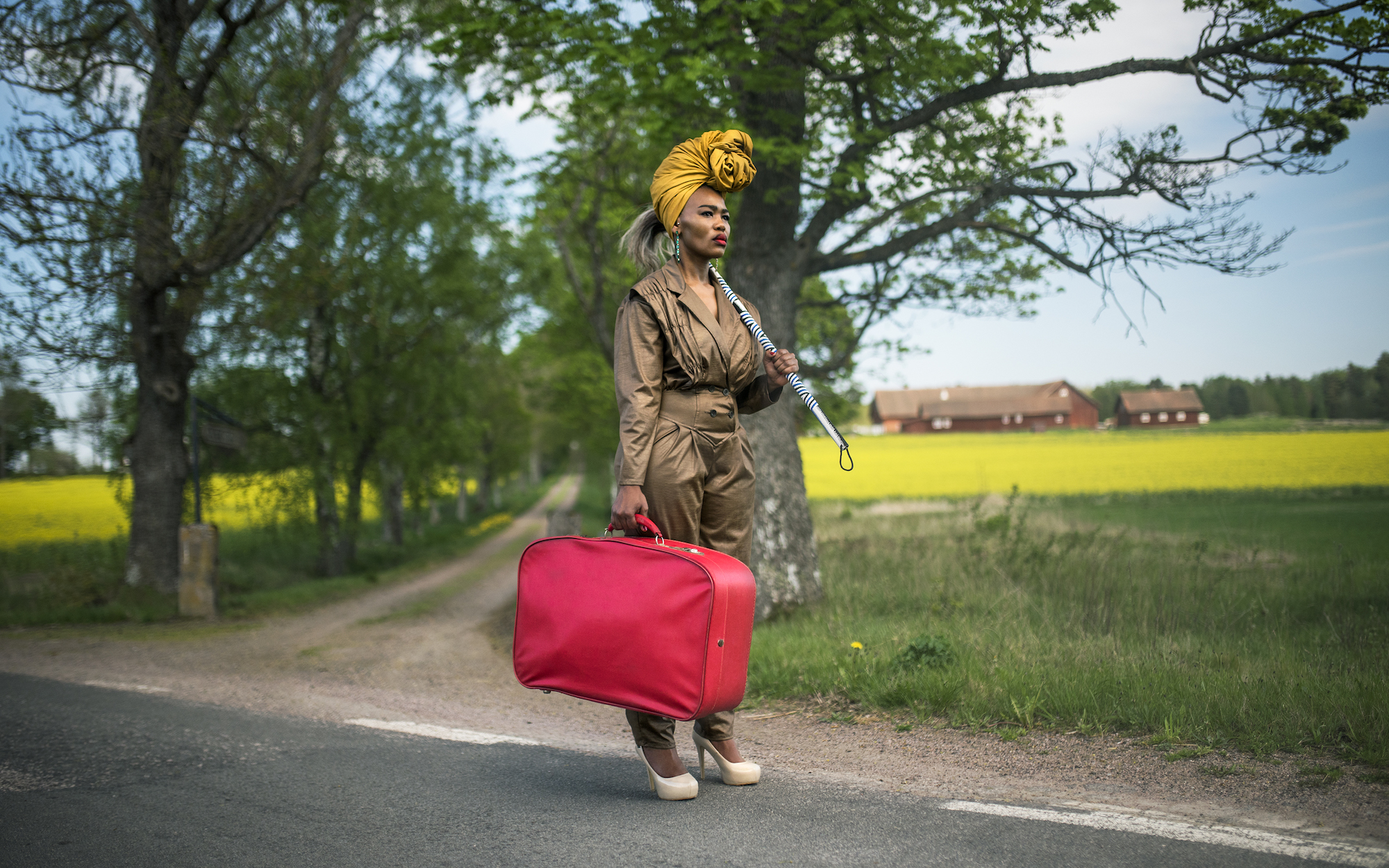 23 Feb On Cape Town (Art Fair), Zuma and ‘rooting for everybody black’

Missing a flight to Cape Town from Joburg on the opening day of art fair wasn’t the best idea. The timing was off. Zuma had just resigned as president and everything stopped. Then simultaneously went ballistic. The airport was chaotic and airliner counter tops dressed with signs: “ATT: Flights to CPT are fully booked”, as people made their way to Parliament as the next president was ushered in.

There was a fresh pandemonium about the space. But a plead and a prayer later, with ticket in hand, we were all being transported to the Cape on a turbulent political zephyr (even people like myself, who were just attending the opening of an art fair).

Last Thursday was a reminder of how art festivals are often times the site for political mayhem and other times, the backdrop to climatic social events. (Remember those burning cars outside the opening of Joburg Art Fair last year that could’ve been art installations but instead marked the ongoing taxi/uber violence? Or years prior when Ayanda Mabulu’s artwork depicting a penis flashing Zuma was removed to much debate. Or farther afield to the Whitney Biennale in 2017, where artists demanded the removal of Dana Schutz – a white painter’s –depiction of Emmett Till, titled Open Casket.)

In the case of Cape Town Art Fair, it’s mostly a bit of both. The very nature of the city, with its violent past and present, renders it inherently a site of political mayhem.

Before attending the art fair, I had already planned to do a round-up of highlights. But a tweet by Nomonde Tshomi as I disembarked the plane, about the lack of love that Cape Town’s creative scene has for black women, encouraged a piece on the Black women creatives presenting at the fair.

The piece, in celebration of our expression and in defiance to the city’s legacy of othering, marginalising and erasing of us, through spatial planning, suffering, racial discrimination, economic exclusion and more.

“Identity politics of Cape Town have their origins in slavery. If we are going to make sense of this piece of earth called South Africa, we have to make sense of the Cape colony and what happened to the people here,” poet-activist Lebo Mashile tells me at Design Indaba, a day before she premieres her collaborative production, Saartjie vs. Venus.

The theatre piece is on the life of Sarah Baartman, a Khoi woman brought to the Cape as a slave, and who in 1810 travelled to Europe where her body was exhibited, while alive and dead. Sarah’s voice was taken from the pages of history and her body physically removed from the Western Cape until her remains were repatriated almost 200 years later. (“As visible as Baartman was, her voice has been erased,” Lebo says in this interview.)

“[Engaging with this trauma] is where art becomes important because artists have vision, artists are the custodians of story,” the poet shares with me. “Art and creativity is that site of transformation, where we develop a language for dealing with these things that are so much bigger than us. Things that swallow us.”

Days after the closing of the art fair, seated in the Artscape auditorium, I listened to the inspiring presentation by Thomas Heatherwick. The British architect spoke passionately on the importance of retaining heritage and reconstructing as opposed to deconstructing, and unpacked how he looked to the history of Cape Town to recreate what is now regarded as the first African Art Museum in the country.

Looking around the room, one might expect — due to geographical location — a crowd of representative faces eager to arm themselves with the words of Zeitz designer. Instead, I was engulfed by a sea of whiteness, in a region reeling from drought. (The crisis in city clearly goes far beyond water.)

So in the vain of “rooting for everybody black” — Issa Rae’s reaction to a journalist who asked her on the Emmy Awards red carpet who she was there to support – as a response to our invisibility in the audience at Artscape, and under-representation in the city and its history. This piece is rooting for our presence, for Black women making art, which showed at the fair, and for women like Kwezi (Fezekile Ntsukela Kuzwayo), Gladys Mgudlandlu and Sarah Baartman who they’ve tried to remove from our collective memory but have failed.

*Time and word constraints has limited the full survey of black women creatives at Cape Town Art Fair. So here’s a look at 10 artists at CTIJF2018.

Turiya Magadlela’s work has a quiet potency to it. Presented alongside Lungiswa Gqunta and Sethembile Msezane as part of the Unframed section, Turiya’s art — made of the frills and pantyhose –might appear dainty until you look closer at the weight and seriousness of it. Using materials like pantyhose and correctional service uniforms in her art, Turiya’s works have explored Black South African history and the Black woman experience.

Winner of the 2017 Young Female Residency Award, Durban-based artist and curator presented thoughtful pieces of needle work. According to the Project Space, where Dass is spending six months in residency, her interest lies in female identity and gender equality, as well as the relationships women have with their bodies.

Nontobeko Ntombela is the guest curator of the fair’s new section, SOLO, which featured the works of solo presentations by artists that include Buhlebezwe Siwani (South Africa), Parul Thacker (India), Keyezua (Angola) and other important women artists. According to the curator, the works on exhibit are about “upsetting the norm and upsetting the image of women”.

Featuring photography and video, Lhola Amira’s evocative series Sinking: Xa Sinqamla Unxubo – shown as part of the SOLO section of the fair — draws from the sinking of the SS Mendi in 1917 and will be exhibited again at Smac Gallery in March.

Kampala-based conceptual artist Stacey Gillian Abe is a finalist of The Project Space’s Young Female Residency Award. Her work – surreal, experimental and enigmatic — draws from past experiences and attempts to to critique stereotypical depictions of black womanhood.

TBH this was my first time seeing the work of Kimathi Mafafo in person. And I’m near healed. Textured and peaceful, her canvases are filled with lush greenery and featured black women prominently. This self-taught artist once said, “If I produce artwork, I feel like I’m healing the people, the black people, who are scarred from apartheid, and black women who have been scarred and put down.”

A booth of beautiful installation work and photography that features a lone masked person in an immaculate red gown and standing before different settings comprises Keyezua’s Fortia. A celebration of her Dutch-Angolan identity, Fortia was part of the show’s SOLO section.

US artist Renee Cox’s photography on exhibition merges performance, photography and activism, and confront womanhood, racism and sexism. Renee self-describes as “one of the most controversial African-American artists working today using her own body, both nude and clothed to celebrate black womanhood and criticise a society she often views as racist and sexist”.

The space of physics and ancient mythology is an important one in our creative society, and the Motswana-South African-Canadian artist is intrepid about her artistic exploration of natural science, identity and self. Pamela’s works presented are small in scale but expansive in subject and landscapes, and characters.