Written by Alexia Roussos on Mar 8, 2018 in Fashion

Having just released a moving visual project titled Lagosfuturism, there’s no doubt that Lagos creative Daniel Obasi is creating some of the most inspiring and thought-provoking art within the futurist aesthetic.

Released at the start of this month, Daniel — a photographer, filmmaker and all-round creative –styles Lagosfuturism, which is created in collaboration with Whitespace Creative Agency, or AWCA, and is photographed by the remarkable William Ukoh. The visual piece is a captivating essay celebrating fashion, futurism and creativity. “[Lagosfuturism is a] fashion portrait piece highlighting the creative uprising going on in West Africa,” says William.

But this is not Daniel’s first foray into futurism, prior to Lagosfuturism. The artist broke onto the international scene last year with a fashion film and photo series, titled The Illegal Project, which explores futurism, while looking at gender identity and the challenges the LBTQIA community face in Nigeria.

“Nina Simone said, ‘How can you be an artist and not reflect the times?’ I wanted to achieve something like that and reflect a part of the society, glimpsing into a fantasy of an Afrofuturistic time where it was okay to feel genderless and just be yourself,” Daniel tells ID aboutIllegal.

“[The project] sheds light on the subject of sexuality, gender, and certain restrictions within the country. If you are queer [here] you are forced to hide your sexuality because of tradition, religion, politics, peer pressure, family, or even marriage. Most queer people are afraid of being seen as an outcast, discriminated, rejected, bullied, imprisoned, or worse killed.”

After the release of The Illegal Project, which has been featured on major fashion magazines internationally, the 23-year-old Daniel was approached by fabric brand Vlisco to collaborate on a fashion film to help re-contextualise the brand for a younger generation.

The Afro-futuristic short film — as the brand refers to it — is titled An Alien in Town, was released earlier this year and follows two stylish humans who take on the responsibility of teaching a new found alien how to fit within the Lagos metropolis.

“It was really about building on the idea of having a stranger who has no idea what African fashion is or what it is like to be in Lagos to live through that in a very simple every day scenario that is completely relatable,” Daniel tells us about the film, which was shot in Lagos and Ogun state. 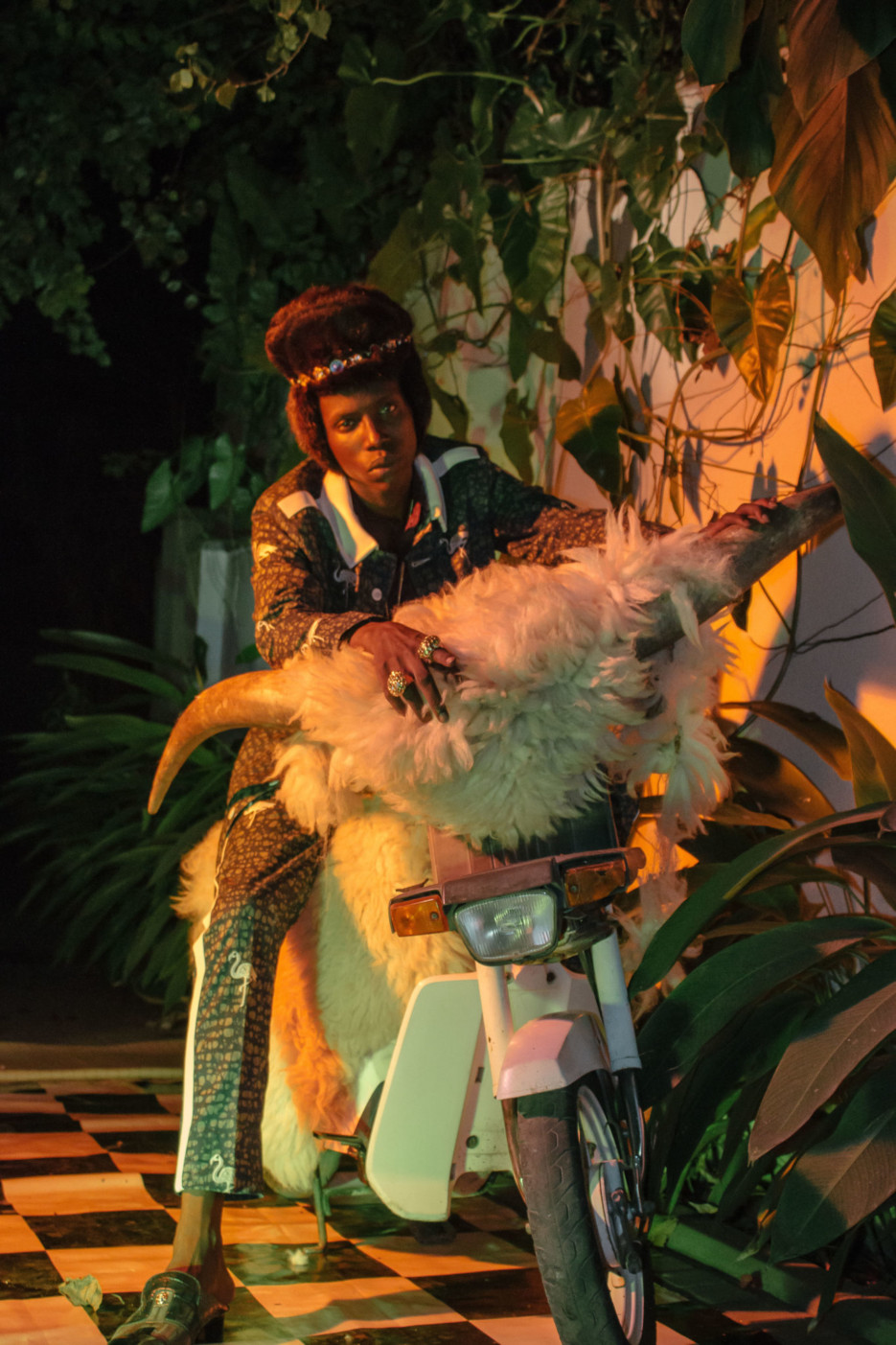 Our Top 5 Favourite Collaborations of 2020 So Far63 Total Shares