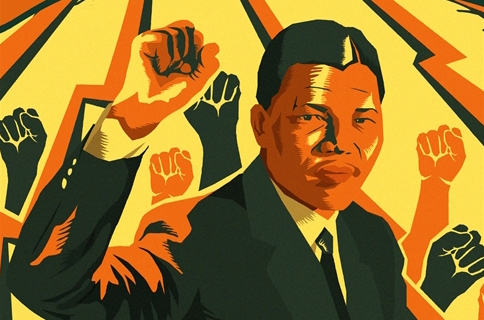 Created by comic production company Umlando Wezithombe and the Nelson Mandela Centre of Memory, Mandela, The Graphic Novel is a captivating, illustrated account of the life of Nelson Mandela.

Re-released late last year with a new cover by Japanese artist Taka, the novel recently won a bronze Manga Award, which honours Manga artists who contribute to the promotion of the artform. The ceremony was held in Japan last month and Mandela, The Graphic Novel was one of 15 novels that took home a prize.

The graphic novel takes readers through Mandela’s entire journey, from his time as a young herd-boy who grew up to be a lawyer to his many years in prison and his journey to becoming the president and hero of South Africa.

Umlando Wezithombe, which translates to History of Pictures, are also behind Steve Biko – The Graphic Novel, which was released in 2014 and according to the manga group, “We wanted to take Steve Biko’s story and put it into an engaging format, one that could reach children of a young age, and so the storytelling and picture combination was perfect.”

You can find the Mandela, The Graphic Novel at Little Brown Book Group or Raru.