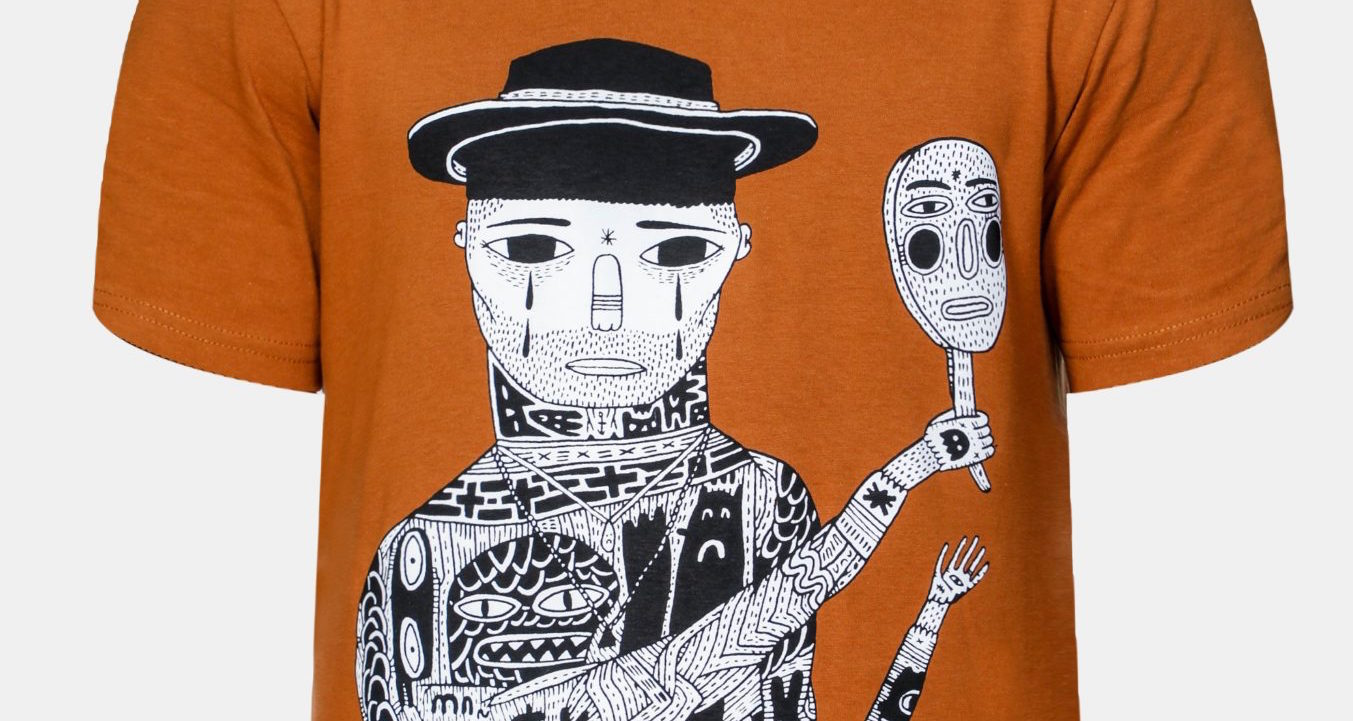 Posted at 10:29h in Illustration by Alexia Roussos
0 Likes

Some of our favourite coveted South African designers have recently collaborated with MrP x Project on their latest range of tees. The tees feature statement graphics from the creatives, which include the likes of Karabo Poppy Moletsane and Jack Fox. This is the latest in a series of MrP x Project ranges, and designers draw on a wide range of topics from identity to romance and notions of narcissism.

We profile the tees and the designers talk about what’s behind their motifs.

“I’m trying to debunk the notion that selfies are an act of narcissism and self-righteousness. So, I’ve presented the selfie as an act of self-love and self-belief, rather than vanity. The design style is referenced from my “Davetionary” project where I fuse pictures with words.” — David Tshabalala (Slaying Goliath)

“The design was inspired by an article written by Eveline Chao … She speaks about how it’s important to find identity and not to conform to identities others project onto you.” — Keya Tama (Jack Fox)

“I love the aesthetic of Hawaiian and Cuban shirts. I wanted to create a South African version of this. The illustration has the same feeling of summer and vibrant colours but echoes nature and summer in South Africa with the leopard and words ‘Chiskop’.” — Karabo Poppy Moletsane

“The tee I designed was my typical vector street-inspired portrait. I used a pastel palette to emphasise my paradise feel. It portrays a clustered, forgotten city with graffiti covered walls and a trendy tattooed guy.” Shaun Oakley (That Damn Vandal)

“It went through a couple of stages before the final artwork but you can see the dark romantic feel coming through, which is also influenced by tattoo works and vintage horror movies.” — Mykil Dos

“My design was done digitally using a unique style and technique to give it a different flavour and feel from your normal tees; it’s inspired by a lot of Afrocentric movement.” — Thabiso Mo

“This concept for the men’s tee I designed is based on the Latin phrase ‘Ductus Exemplo’, meaning ‘lead by example’. I wanted to take a decorative route, yet still keep an overall powerful and masculine feel, making use of sharp angles, bold lines and rough textures.” — Skye T. Steen