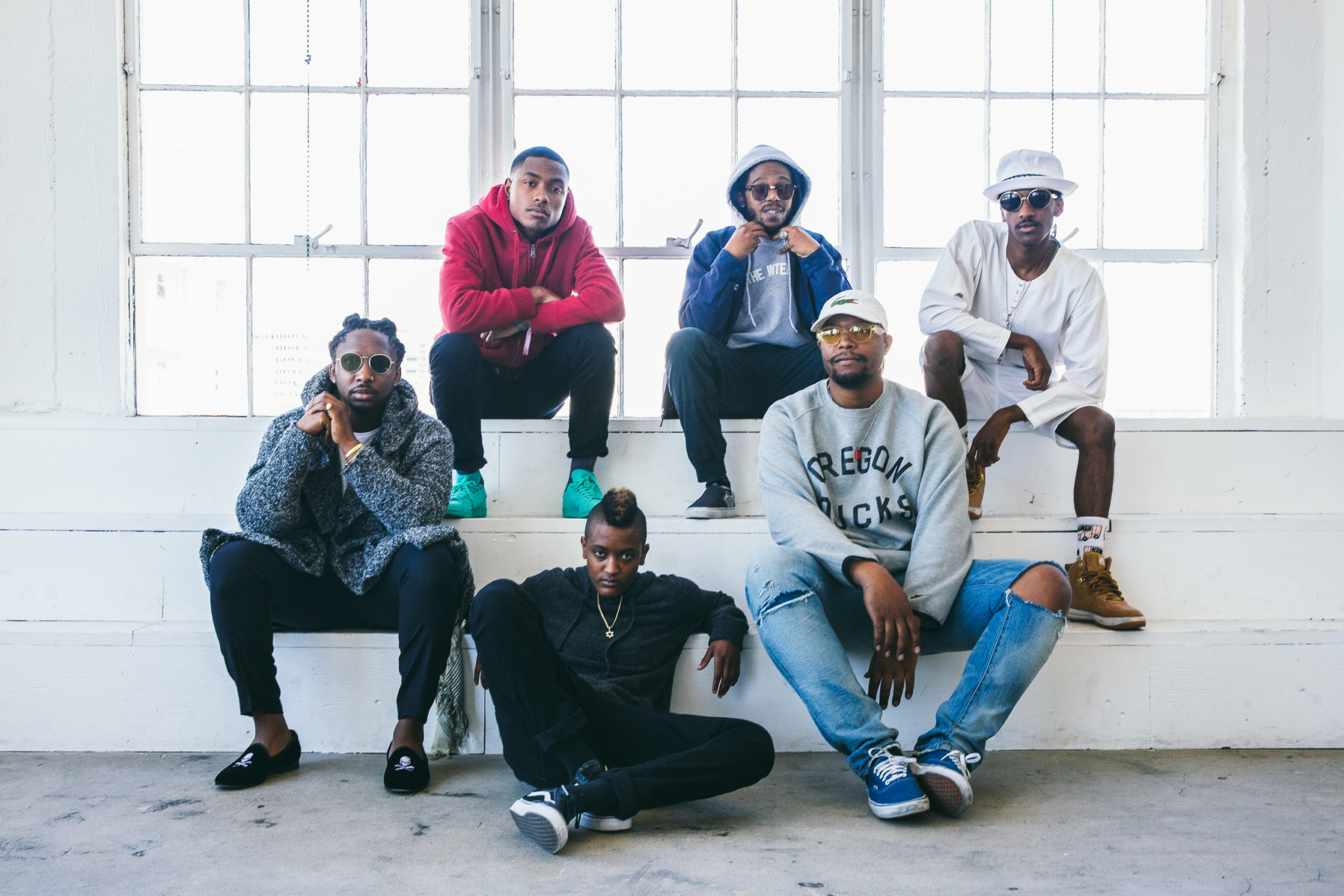 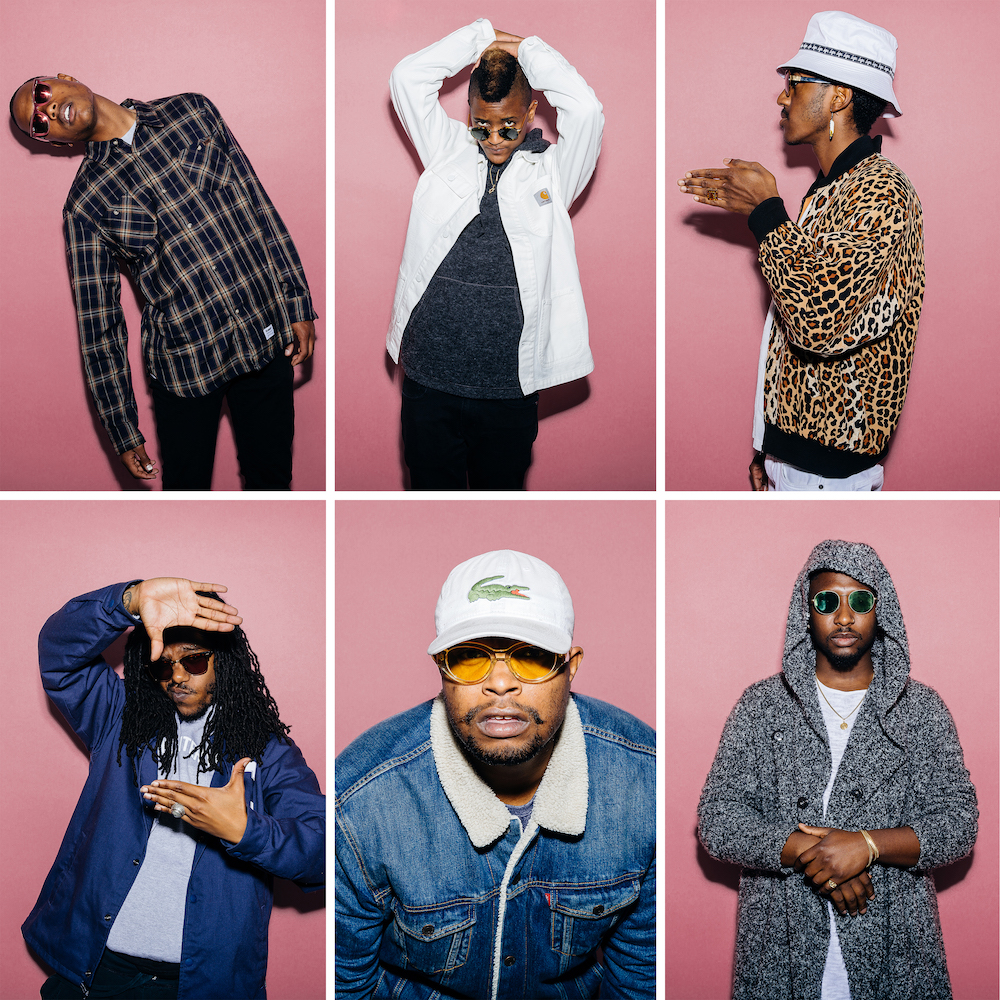 It’s not every Friday that you find yourself sitting in a hotel room with international music heavyweights, The Internet. Cosy in sweats, t-shirts and hoodies, the group known for hits like Girl and Don’t Cha sat sprawled across two double beds, unassuming in their musical prowess.

With a line up made up of two original members, Syd tha Kid and Matt Martians — both producers and vocalists who first met on MySpace — the band also features Patrick Paige II on bass, Christopher Smith on drums and Steve Lacy on guitar. As we fell into easy conversation ahead of their performance at Cape Town Jazz Fest 2017, I began to explore with them the fluidity of rhythm and sound.

While the idea of genre has become debatable due to the subjectivity of the act, separating “musical language” is tricky since techniques and styles overlap in the midst of creativity. The Internet stands as an example of that, with lyrics of love and lust that combine the flow of hip-hop, the synth of soul and jazz undertones.

“We think it’s very soulful, that’s about as much label as we try to put on it. Anything beyond that is getting too specific and unnecessary,” said Syd. “People don’t wanna take the time to listen to a whole album to see what they think it sounds like.” 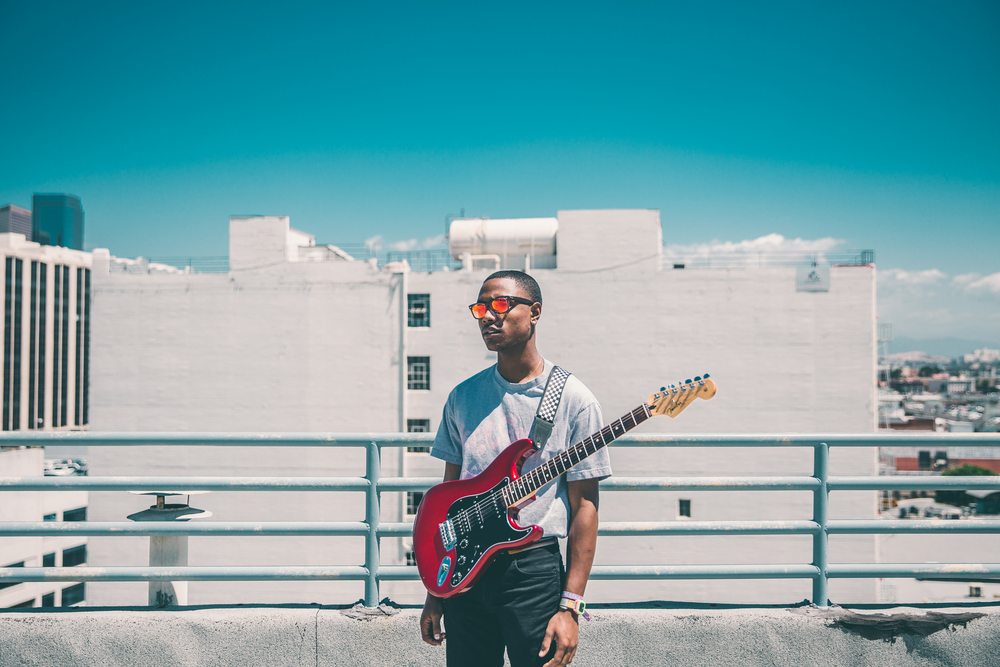 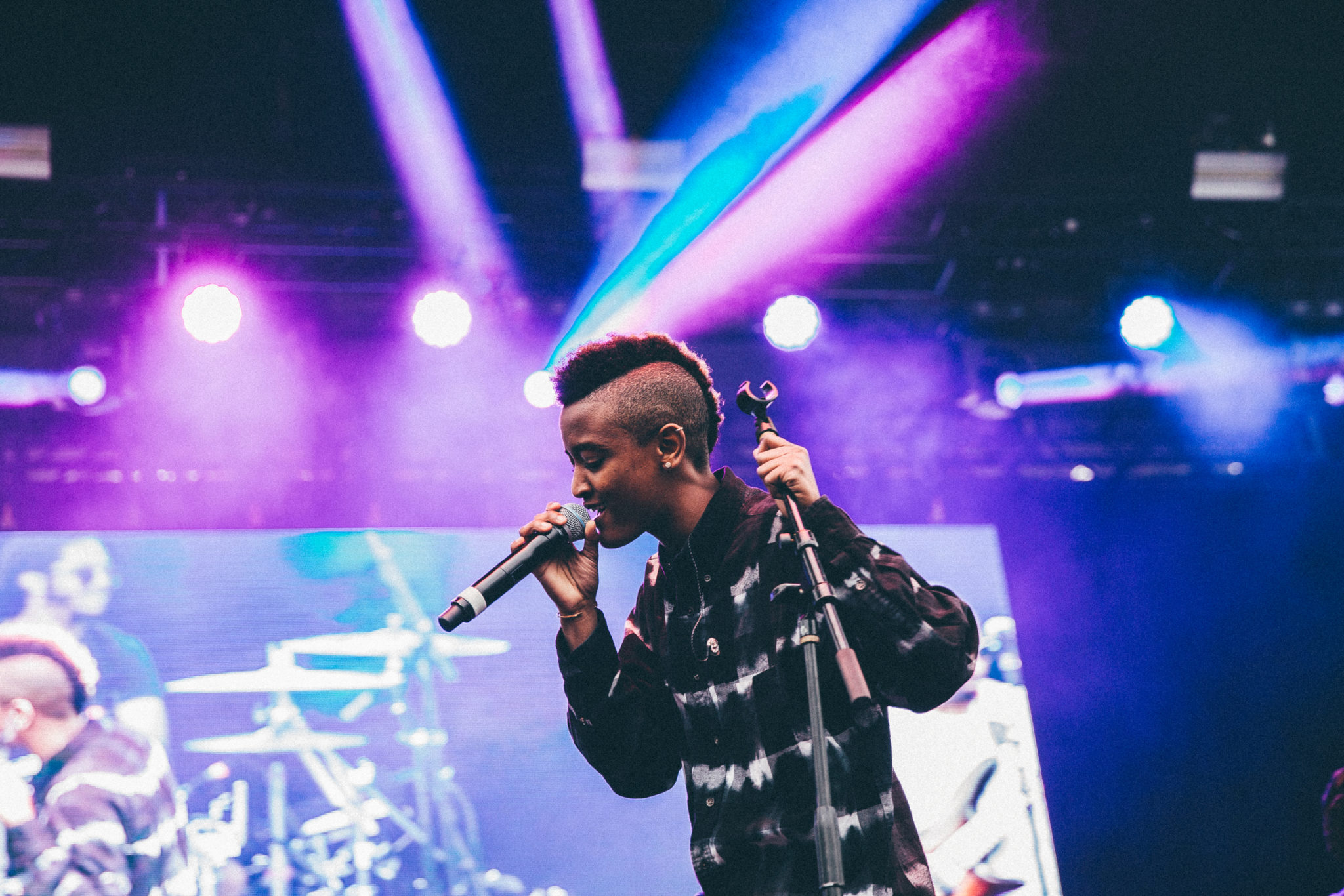 Their name jokingly began as a response to always being asked where they were from, today The Internet has solidified beyond a personification of a space online where they were first discovered. With a sound defined as broadly as new age soul to trip-hop to alternative R&B, narrowing their style into a singular type has been difficult for more than one critic.

Patrick Paige II recaps and shares where their love for music began. “It’s hard to pick one moment but for all of us it began with Saturday and Sunday cleaning music, that soul music our parents used to play.” Doing chores with music playing, their inspirations to create music were diverse, ranging from Guitar Hero to Aretha Franklin and Anita Baker, as well as MJ’s Billie Jean and The Neptunes’s early 2000s productions.

From their debut album Purple Naked Ladies (2011), their sophomore Feel Good (2013) and Ego Death (2015), they have collaborated with acts like Janelle Monae, Kaytranada, Mac Miller, Tyler the Creator and Jesse Boykins III in a way they only describe as organic. “We let it happen, if no one is supposed to be on the album, no one will be on the album,” said Matt Martians.

The nuances they still carry in their taste extend in their sound as they straddle from one genre to the next. Three albums in with a steady following around the globe, seeing them onstage at the Cape Town International Jazz Festival is almost exactly like seeing them up close: relaxed in demeanour, constantly feeding off each other’s energy. 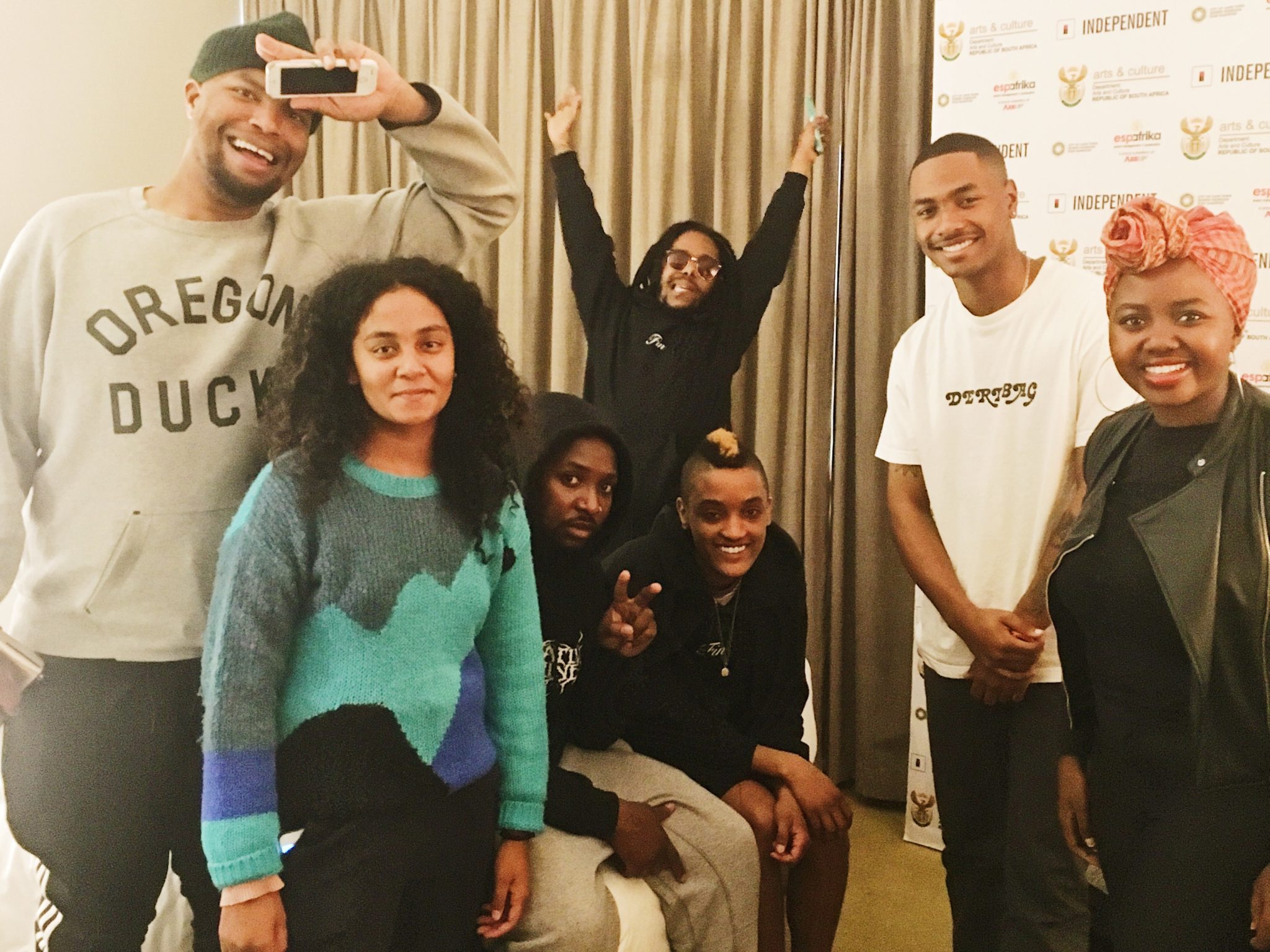 When Ego Death got a Grammy nod for Best Urban Contemporary Album in 2016, there was a sentiment that while the broad nature of the debated “urban” title has become an umbrella word for work produced by artists of colour, it also gives other acts – who do not fall into a specific category – an opportunity for recognition. Matt Martians expresses, “I appreciate that we were nominated but it divides things too much. I mean, what separates what we do from what R&B-defined acts do?”

While last year was a time for their own projects to come to fruition — Syd’s debut album Fin, Steve’sDemo, Christopher Smith’s album Loud and Matt’s The Drum Chord Theory — as fans we got to enjoy solo adventures while anticipating new music. Still involved in one another’s work, they’re all content to blend their different ideas and personalities. “We needed an outlet to get our weird shit out. If one person doesn’t like an idea, we trash it.” said Syd.

The process for creating music remains different for every song. As The Internet, it usually starts with the beat then everyone adds a hook, lyric or riff they feel would work best for the final cut. With their new album set to release later this year, “Now we’re reaching for Jay Kay from Jamiroquai next,” shared Lacy. 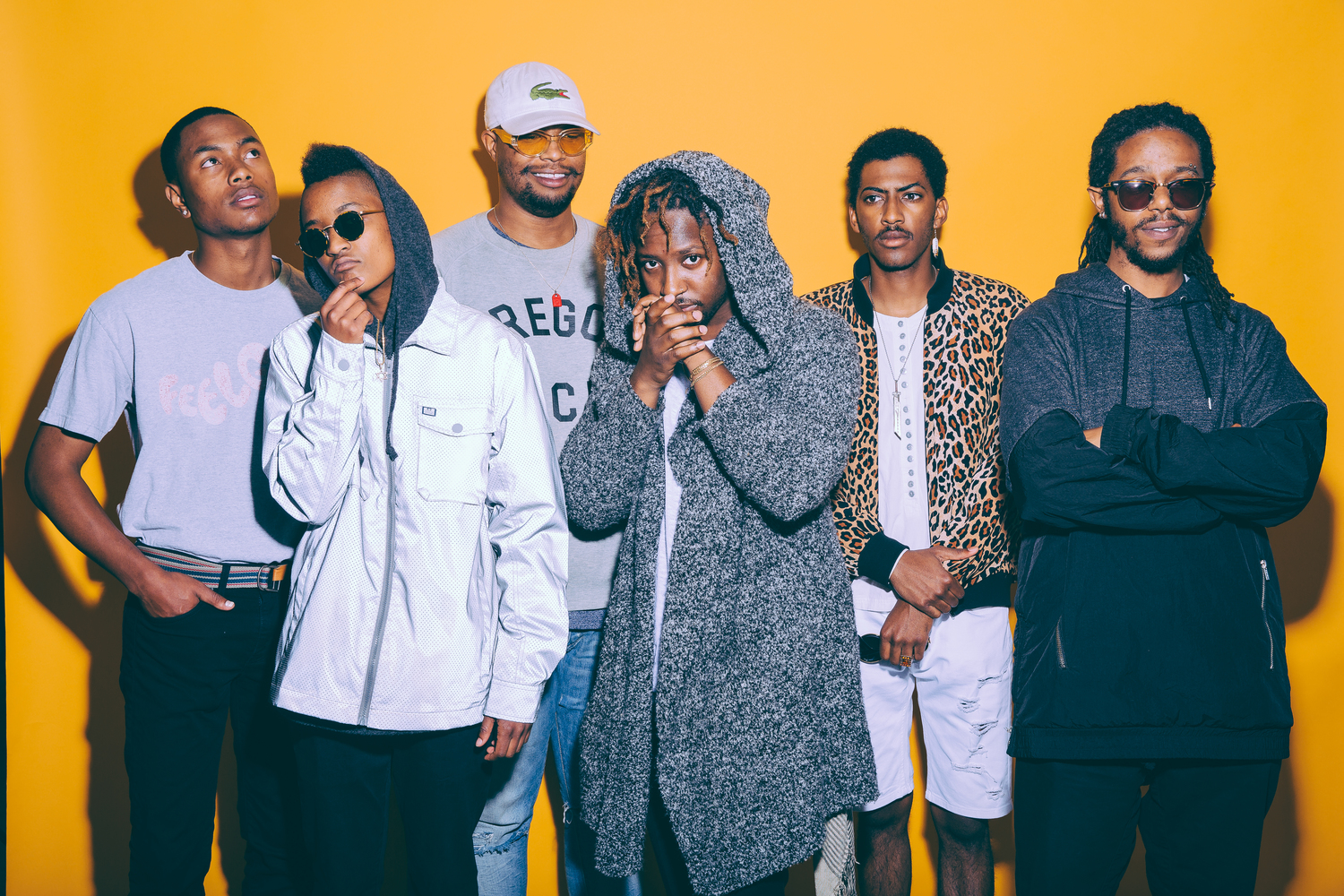 As they continue to explore soul-beats with no restriction, it makes me realise that with music heard in many different ways, for many different moods, maybe it should be more about feeling than genre. Sure, finding new music and sorting through your iTunes library may be easier using genre but how music moves us to dance in moments of celebration or cry in moments of recollection shouldn’t be narrowed down to a convention created years ago.

With artists of the same feel like Masego, Simphiwe Dana and the R+R = Now (made up of Robert Glasper, Christian Scott, Terrace Martin, Taylor McFerrin) and more, prepping to perform in Cape Town this month, see a celebration of musical fluidity coming to life at the Cape Town International Jazz Fest.

The Cape Town International Jazz Fest takes place on the 23 and 24 March.
Photographs of The Internet by Jabari Jacobs