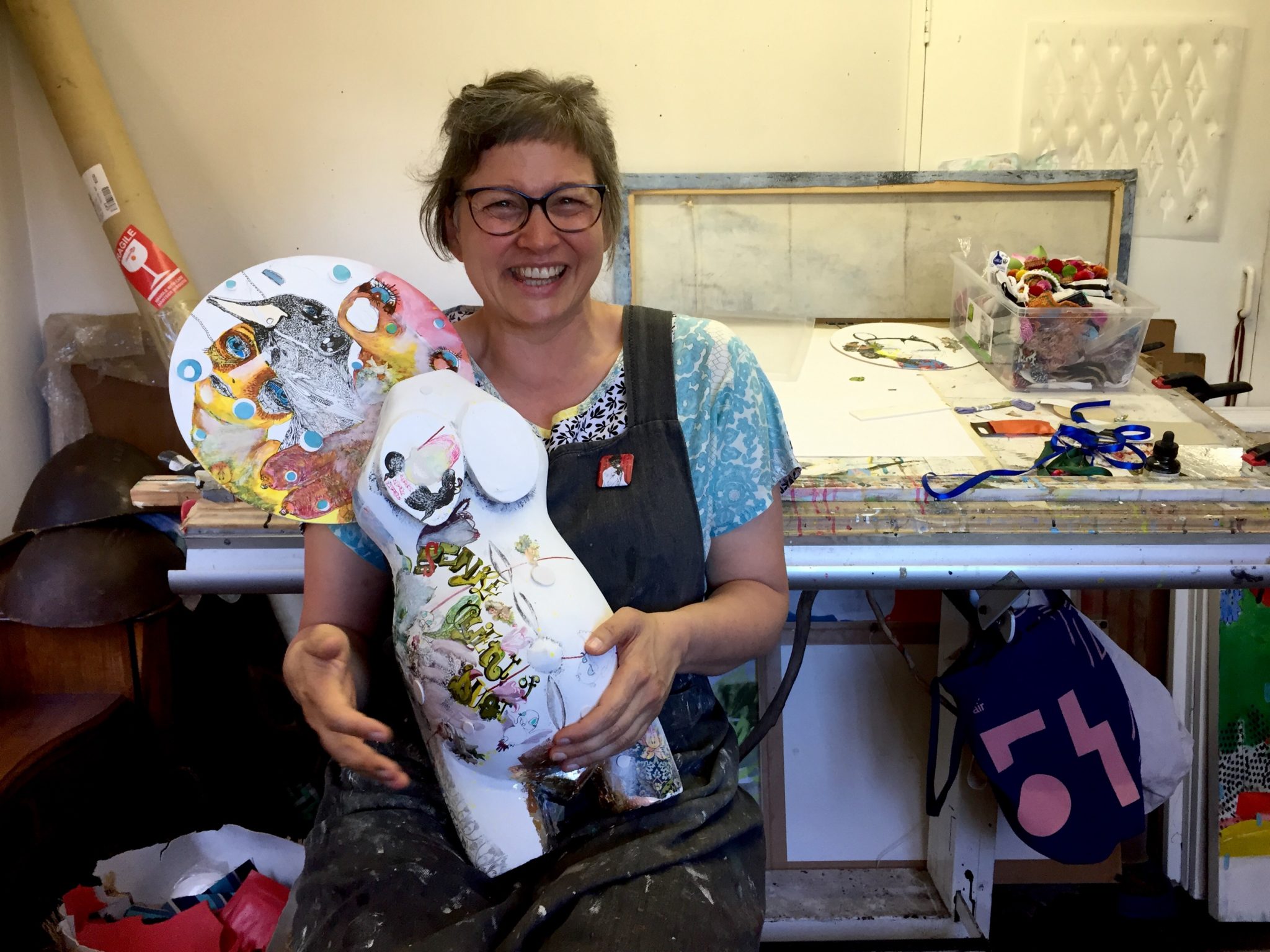 She was described as ‘unmissable’ at the most recent 1:54 Africa Art Fair in London and thinks her No-Plan 2018 is “f**king amazing”.  We catch up with Marlise Keith and talk about the heads, lions, tigers and ducks that appear in the works featured here, which were all submitted at a Nando’s Artists Society hand in last week.

Last year your name was up in the London media lights, celebrating your work at 1:54 Contemporary African Art Fair. How was that trip to London?
It was more than amazing. I went for 1:54 and realized that other people liked my stuff when international fashion and culture bi-annul AnOther magazine included me in their cut of  ‘Five Unmissable artists from London’s African Art Fair’. That was a highlight but it was just so lovely to be away, and mainly from myself. When you travel you shed, and become new, and that’s why I love it so much. When I came back it took ages to get back into my skin again. And then there was the anti-climax of being back again. I felt so special when I was there because Nando’s really treated us. They do that. They made me feel like an artist. Because I’m such a hermit I don’t always feel like an artist, and being an artist in the public eye is hard work for me, but in London, it was fun!

I’ve got nothing planned for this year and it’s f**king amazing. Part of my thing for the ‘No Plan’ this year is that I want to develop my iconography and create a nice body of work that I’m not rushed into making. I’m a member of Nando’s Artists Society, which allows me the space to push my practice, and works submitted that are bought into Nando’s art collection will hopefully pay the bills while I develop my practice. Tigers are part of this iconography I’m working on, and now that I’ve drawn so many of them already this year I’m easily able to distort and change them. The development process is the pay off of being part of the Nando’s Artists Society programme. It takes three weeks to develop a tiger, or a rubber duck, and then it’s developed and I can use them and draw on that iconography until I don’t want to anymore.

It’s like boot camp where I have to discipline myself and my ideas, and practice again and again. I’ve decided that this year there will be no more needs… except for Lindt.

So you’re working on iconography this year and what we saw in your March NAS hand in are images of heads, lions, tigers and ducks. Also in the studio is a sculpture of the female form. Can you give us some backstory on what thoughts are emerging as you work?

I draw so many heads because of my chronic migraines. Last week I went to Robben Island with my friend Lionel Davis. He was a political activist and a prisoner on Robben Island during the apartheid era. One of the stories he told us there was that in the very early days of the prison the detainers would dig holes and bury problem prisoners up to their necks, then pee on them. If the prisoner asked for water they’d pour it on their face. I’ve brought that imagery back from that trip. I found an anchor in the connection to the torture the prisoners experienced. Now when I draw heads it’s not only about my migraines, but also a reflection of something much bigger.

I’m trying to figure out how to use lions and tigers. I grew up on a nature reserve so I understand where I fit in on the food chain, which is something for which I’m extremely grateful. I know that if you come face to face with a big cat it doesn’t see you as a person with a life, but as meat.

Also, I do yoga and there are some moves I’m not allowed to do as they can trigger migraines. My yoga teacher smacks me when I do positions I shouldn’t and says, ‘don’t put your head in the lion’s mouth’.

So, as I work there is a sense of human physiology and of each of us just being meat that I’m working with in developing this iconography.