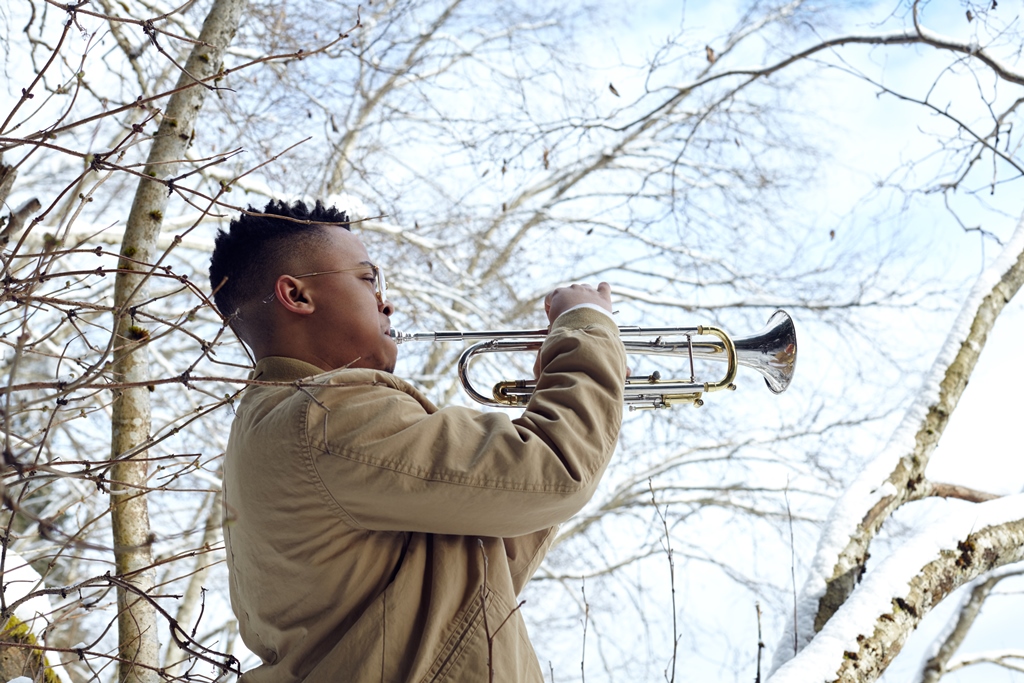 27 Mar Press play: The jazz musicians who should be on your playlist ?

Posted at 08:19h in Music by Owethu Makhathini
0 Likes

In the words of writer Vera Nazarian, “If music is a place — then jazz is the city, folk is the wilderness, rock is the road, classical is a temple.” With that said, your friends here at 10and5 have compiled a city map of musicians on the jazz scene you need to know! Seeing as though there is no such thing as an overnight success, especially not in the jazz scene in South Africa, some of the artists featured on the list have been on the scene for over 15 years while others are just emerging, and gearing up to blaze trails in the industry.

Born and raised in Cape Town, Robin Fassie-Kock is one of South Africa’s rising trumpet players and happens to also be the nephew of the late great South African pop star Brenda Fassie. Robin, with an already distinct sound and a So Far performance, has worked with the likes of Nduduzo Makhathini, Zoe Modiga, Gavin Minter Septet and the seven-time SAMA award-winning pop band Beatenberg.

“Ndimhle, ndiyintombi enesidima, ndihambela phezulu.” These are the words that inform the performances of vocalist, pianist and educator at Cape Academy of Performing Arts, Nomfundo Xaluva. “I always celebrate women through my music, naturally, as I write from my personal experiences as a woman,” Nomfundo once said. With her soulful and rhythmic harmonies, the musician has gone on to win the Metro FM Music Award for Best Urban Jazz Album twice; for her 2014 debut album Kusile and sophomore album From Now.On in 2016.

The Settlers High School Band features three jazz bands that have over the years, produced some of South Africa’s finest jazz and pop genre talents. The Dynamix Jazz Band started afresh in 2017 with a completely new line-up of first-time players with ‘Jazz on the Lawn 2017,’ their debut performance. Their repertoire moves anywhere from well-known jazz standards and African music, to local and international jazz, Latin and pop covers. They participate in espAfrika’s Youth Training and Development Programme as part of the Cape Town International Jazz Festival. They have shown that hard work and commitment to the programme pays off big as they now have the opportunity to play on the main stage at the Cape Town International Jazz Festival.

Sisonke Xonti is a profound sax player who joined Cape Town-based The Little Giants led by George Werner and the late Ezra Ngcukana in 2004, after falling in love with the instrument at age 13. A bandleader in his own right, Xonti recently released his debut 10-track album, Iyonde, which features Bokani Dyer on piano, bassist Shane Cooper and more. And has solidified his place as one of the most prolific young talents on the tenor sax.

Gauteng-born and Durban-raised Lindi Ngonelo was introduced to the piano at age 12 when her parents started a church in 1998. Her music is versatile and infused with strong elements of jazz using different textures and time signatures- an auditory treat. In 2013, Lindi graduated with a Bachelor or Practical Music (Honours) from the University of Kwazulu Natal majoring in Jazz Performance, and has since worked with South African jazz greats Swazi Damini, Tshepo Mngoma, Nothende, Siphokazi, Brenda Mtambo, Thandiswa Mazwai,Tu Nokwe, Lex Futshane, Herbie Tsoaeli and many others.

Mabuta is the new live band offering from award-winning bassist and composer, Shane Cooper. Formed in 2017 by Shane, the group features some of South Africa’s top jazz musicians including Bokani Dyer (piano and synths), Sisonke Xonti (tenor sax), Robin Fassie-Kock (trumpet), Marlon Witbooi (drums) and special guest Reza Khota (guitar). Mabuta’s sound draws from jazz, world music and electronic influences, and has been a fresh addition to the South African and international music scene. You can listen to their album Welcome To This World.