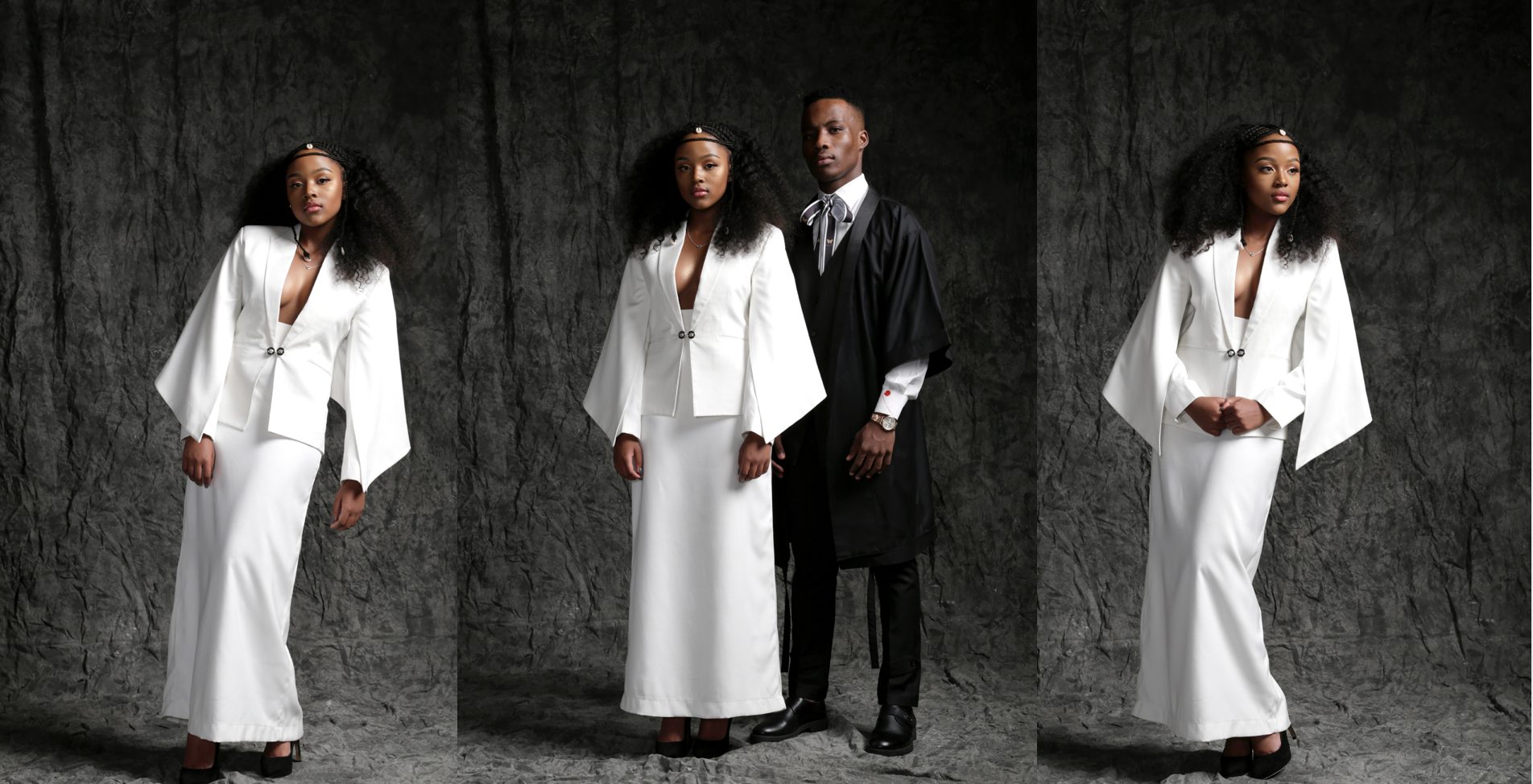 Posted at 09:00h in Featured by Alexia Roussos
0 Likes

“I have never experienced anything greater than a narrative being shared in the right place and to the right people. For this reason, I co-founded Blackboard Africa.”

These are the words of Amonge Sinxoto, a 16-year-old matric student and storyteller living in Joburg, who is the co-founder of organisation Blackboard Africa, which she says is a platform “that aims to harness youth engagement with African narratives under a single forum aimed authentically at us”.

Recently, Amonge attended her matric dance or prom, where she made a statement about beauty and identity. “I chose to use this night to be a physical representation of my testimony as a young, black, middle class girl living in South Africa in 2018. I wanted to wear my story, my struggles, my fears and my revelations for all to see. I am not a culmination of all black South African girls, this experience is mine alone and presented in prose,” she says.

“In the simplest terms: I wanted to tell the uniquely African tale at a time when I was expected to be nothing more than pretty.”

For her matric dance, Amonge looked to different parts of the continent to bring her story forward. “So began the creation of what, to many, is simply an outfit but to me is a gleaming narrative. I wanted to be a visual reflection of the glorious Africa that I inhabit. I wanted to personify African beauty in every aspect from my head all the way down to my toes.”

The hair inspiration for her crown on the night originates from North East Africa. “I drew inspiration from the traditional hairstyles of the Tigray women of Ethiopia and the women of Eritrea. I recreated an image of a modern Africa, an evolving Africa that is still deeply rooted in its heritage and culture. An Africa that rejected Western beauty standards and used itself as a basis of true excellence.”

While the artwork on her and her partner’s outfits, was by South African artist Zwelethu Machepha. “We used two images from his series Slaves Without Masters,” says Amonge. “My emancipation story was incorporated into Zwelethu’s work in my own handwriting. Through this, the story of a girl who was frustrated in the displeasing societal structures to which she had been subjected to that unleashed an inner consciousness of self and the story of a people unnamed that contributed immensely to our community and the cycle of their servitude of the nameless as a means of making ends meet, became intertwined.”

Through a written piece and photo series, she explores her position as a young woman living in post-apartheid South Africa.