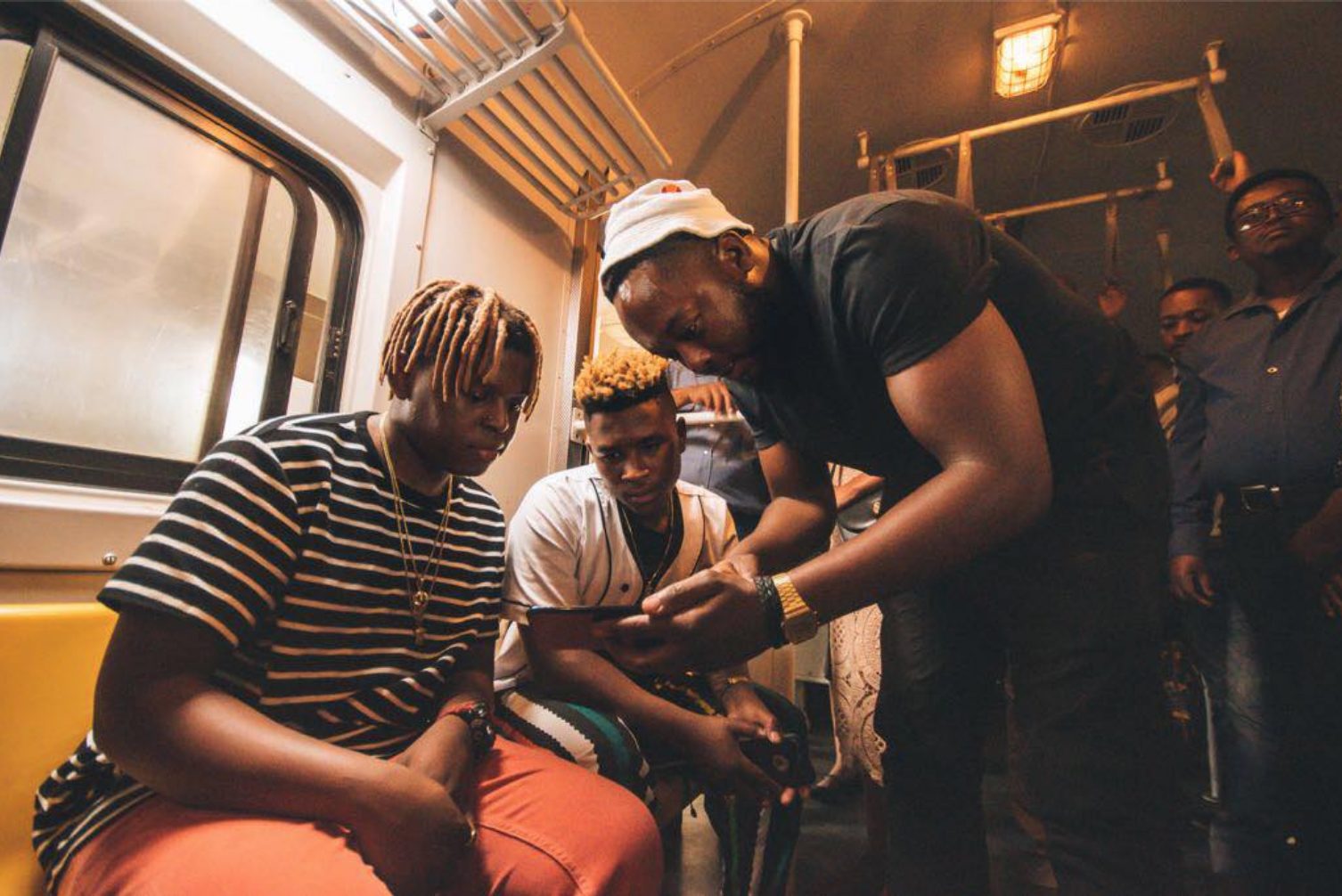 28 Mar Instinct or nothing! The director behind SA’s hottest music videos – Tebza Malope

Posted at 09:00h in Music, Video by Alexia Roussos
0 Likes

What does it take for director Tebogo “Tebza” Malope  to accept a music video? He has to resonate with the song, and his process is intuitive. He can tell from the first few bars if it’s a song that he’s willing to work with. That’s what happened with Kwesta’s Spirit video, undeniably one of the most moving contemporary pieces of artwork. He heard the song, and immediately saw himself in it.

Tebza on set of the Spirit video.

For Tebza — a celebrated auteurs and no stranger to accolades that go from Cannes to the Loeries — it was a genuine celebration of South African life, of the hood and of the spirit of our people.

“When I heard this song it was massive. It was so big, and not big in a sense. It’s a big song or  a hit and big in its cultural positioning,” the director tells me when we meet. A similar thing happened with Nakhane’s Clairvoyant, although the resonance was not as obvious. “It’s like a feeling,” said Tebza when asked why he took on these two songs — he just knew.

“The mandate was simple — represent the people as much as you can. This one is for the people. That’s where the idea started,” Tebza says about Spirit and video which he was given creative freedom to express the mandate. That’s why they decided to shoot it in Kwesta’s hometown of Katlehong.

The shoot was done in just under 24 hours which, considering how many distinct scenes there are in the video, is a feat unto itself. And every person in the video was “playing themselves” — there were no extras or actors, according to him.

“There isn’t really a cinematic technique to it, we just found the right people and we did it genuinely.”

The process and short turn-around time ended up being a blessing in disguise. It meant that Tebza had to just run with it and make sure that he got every shot as quickly as possible, and as a result the video has a rawness that feels very real.

“Kwesta tried to rap and suddenly just got overwhelmed, Wale was just in the zone, the band was jamming, and that’s that moment where I just grabbed the camera and ran on stage. It was like a spiritual moment, and that’s what’s so powerful about the music video: the spirit is tangible.”

The strongest theme behind his work is a sense of narrative — it’s cohesive, and on top of that, it is poignantly shot: from camera angles to lighting. “I’m a storyteller, and I’m happy when I get to tell a story.” His recent ad with KFC and Distruction Boyz tells the story of how the world’s favourite gqom duo gets influence from the everyday, and somehow ties that in to selling chicken.

In 2015, Tebza’s film For Love and Broken Bones won a Grand Jury Award at the Portland Film Festival. When asked about the film and the process behind it, he spoke about how he had been working on a script for two months, but the night before his pitch he completely changed the idea.

Instead of a cohesive, well-put together proposal, he walked into the meeting with a half-page of notes, and developed the story from there. “A big chunk of the story is sort of a personal depiction of what was happening in my own personal life.” And its this reflection of himself in his work and those before his lens that has come to define his art and the realness of his work.

Behind the scenes Spirit images by Zac Modirapula