Posted at 14:05h in Featured by Siyabonga-André Dennis
0 Likes 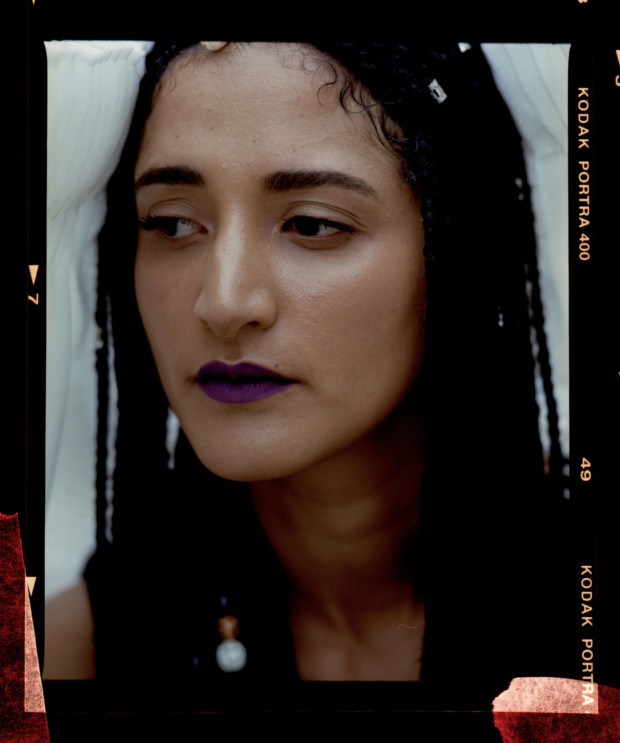 It’s hard not to be affected by Carla Fonseca’s innate joy and boundless energy. She speaks with the force of someone confident in not only herself but with the creative choices she makes as one half of Batuk, with mzansi beat impresario Spoek Mathambo.

Carla, otherwise known as Manteiga, leads the vocal stylings of the group she founded alongside Spoek and Aero Manyelo, who has now departed Batuk. Trying to describe Batuk is an effort in pan-Africanism. Their net is cast all over the continent and occasionally catches the sounds of the diaspora. It’s electro but it’s also hip-hop but sometimes zouk, and occasionally you can hear the guitars of maskandi. Sometimes it’s romantically dark, like in the single Call Me Naughty, or pulsing with the beat of female sexual empowerment in Forca Forca. Daniel their visual love letter to the expanse of Mali, hymns with the vibrations of the continent.

Which is why it’s somewhat surprising when Carla reveals that their latest album Kasi Royalty will be more rooted in the sounds of South Africa and the foundational experiences of Carla and Spoek. Carla grew up as a bi-cultural child, one half of her family is Mozambican, hence the Portuguese lyrics and the other South Africa, by way of Reiger Park. Spoek hails from the streets of Soweto, and it’s these two South African locations that have inspired the name Kasi Royalty, a title that Carla claims for herself. 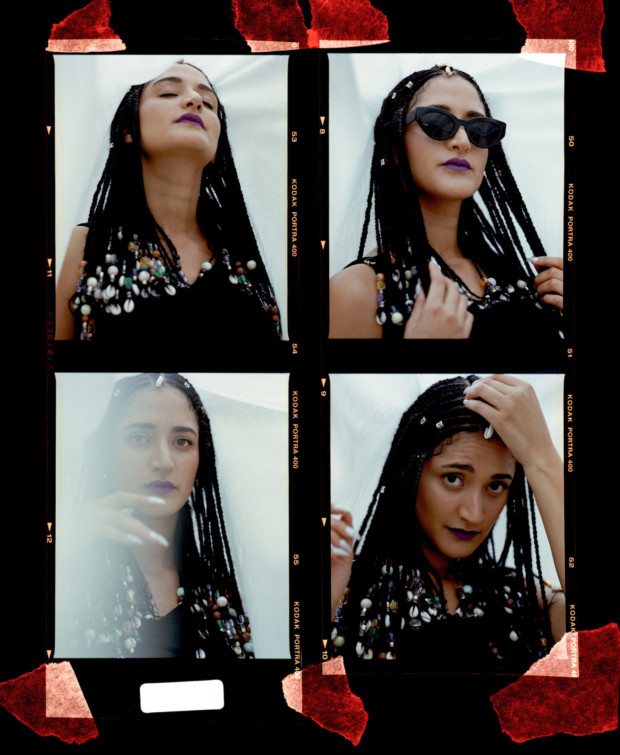 Sonically the album will be influenced by the obsessive archival approach Spoek has taken to South African music, whether it be traditional music or modern sounds like Gqom and Pretoria house. The changes in the group dynamic have also brought a change in the creative process. Carla is now more involved in production and Spoek has pulled away from contributing lyrics. It’s a bigger challenge for her, one that she says isn’t always comfortable, “I’m trying to sing more, I’ve never been wholly comfortable with writing bars.”

Approaching the topic of world music, Carla’s audible sigh signals the extent to how much Batuk is rankled by it. The laziness borne out of western fetishes for their ideas on exoticism. It’s a compartmentalisation of African musicians to only certain discussions and heritages, that invariably always comes down to race. 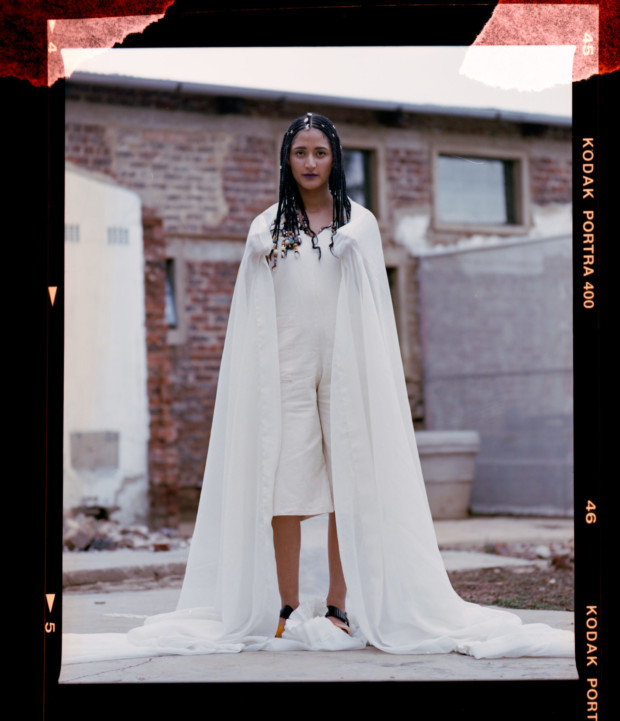 It’s a point that Carla bristles at, “We really have a problem with ‘world music’. In previous interviews where people have brought it up, we’ve been uncomfortable and angry to the extent that people would just frame us and put us into the world music category just because we come from a certain demographic. If it’s not mainstream America or from the UK, then suddenly it falls into the world music category, it can be anywhere from Africa, Asia or South America they all box us into the same category. Part of me feels that it’s a racial divide, the assumption is that certain types of music are black man’s music or white man’s music.”

This illustrates the forces, both historical and contemporary that Batuk constantly engage with. Sometimes the issue is one they have to come into conflict with as a music group from Africa and other times it’s a conscious decision by them, as young black people to interact with the issues of our time. The lead single for the new album, Move! is dominated by the creative expressions of women. In a sense, it’s also a video of black women (and men) of various ages, just having fun. Which in a time where the representations of black bodies don’t seem all that removed from the past, is a quietly radical presentation.

Carla estimates that 90% of the video was created by women and following on from the visual marker set up by Forca Forca, it’s a clear representation of female body empowerment. Something that she is quick to champion but also creates frustrations for her. The nipples of the dancers in the video were censored by MTV Base when put on rotation by the TV station, and the blatant double standard is concerning for her.

“They have no problem with the blatant derogatory and downright insulting to women videos that play, they allow that to slide. Like really just watch the video, it’s not about the fucking nipples …These women are dancing but all they see are the nipples”.

Visually, there are callbacks to a certain idea of suburban life that most South Africans of a certain age will recognise. The plush brown blanket draped over leather couches, sitting at home and feeling bored at midday whilst bunking from school, finding even video games boring and then having to watch countless insurance ads, whilst your siblings incessantly bounce around you. Lick a sucker that leaves your tongue blue or purple. 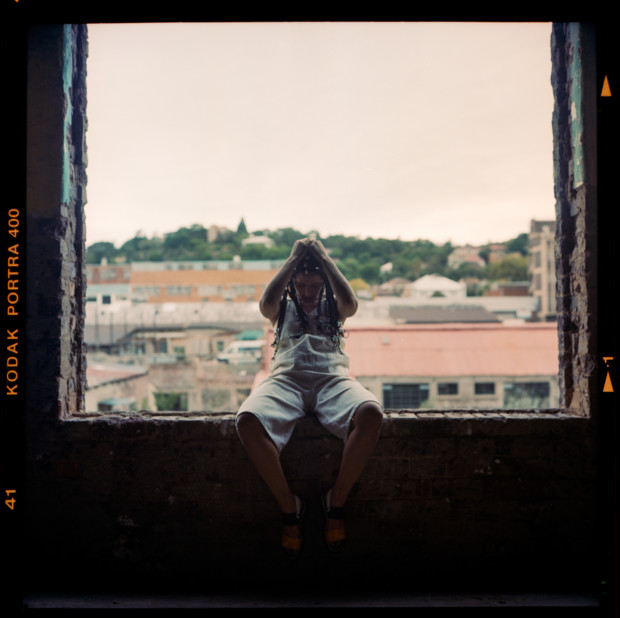 It’s a clear call to home, one that Batuk has been striving to show to not only the rest of the world but to us as well. Authenticity, it’s a word she rolls on her tongue with relish.

“Our intention is to create beautiful images. And images that are true to what we know, what we’ve experienced growing up and true to a visual aesthetic that we want to uphold. There are so many visual inspirations coming from all over the world, but we really want to celebrate what we know and refine in our own minds what we’ve seen and experienced. It’s really about creating a beautiful and honest aesthetic.” 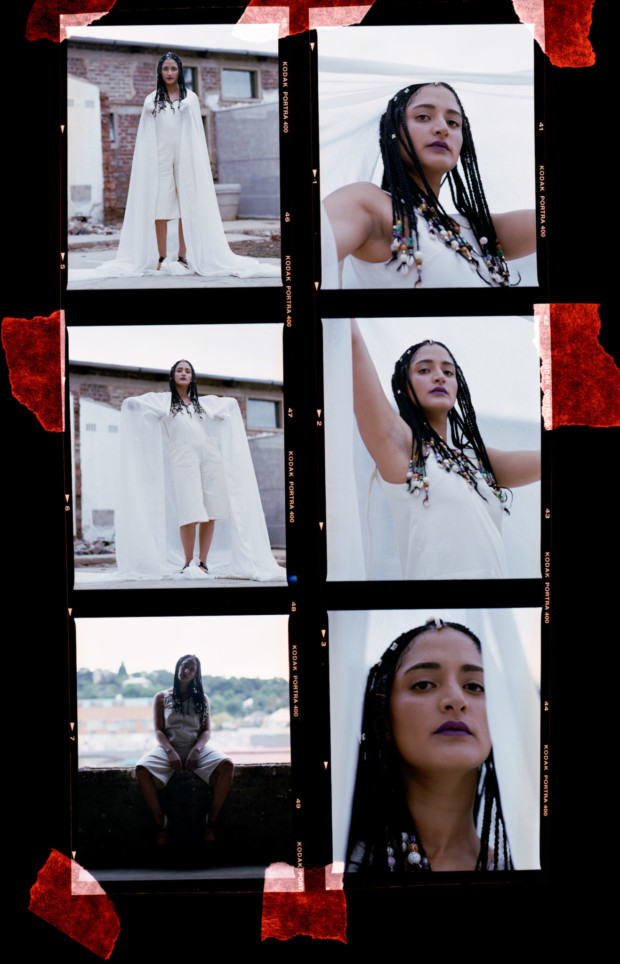 *All photographs by Justice Mukheli